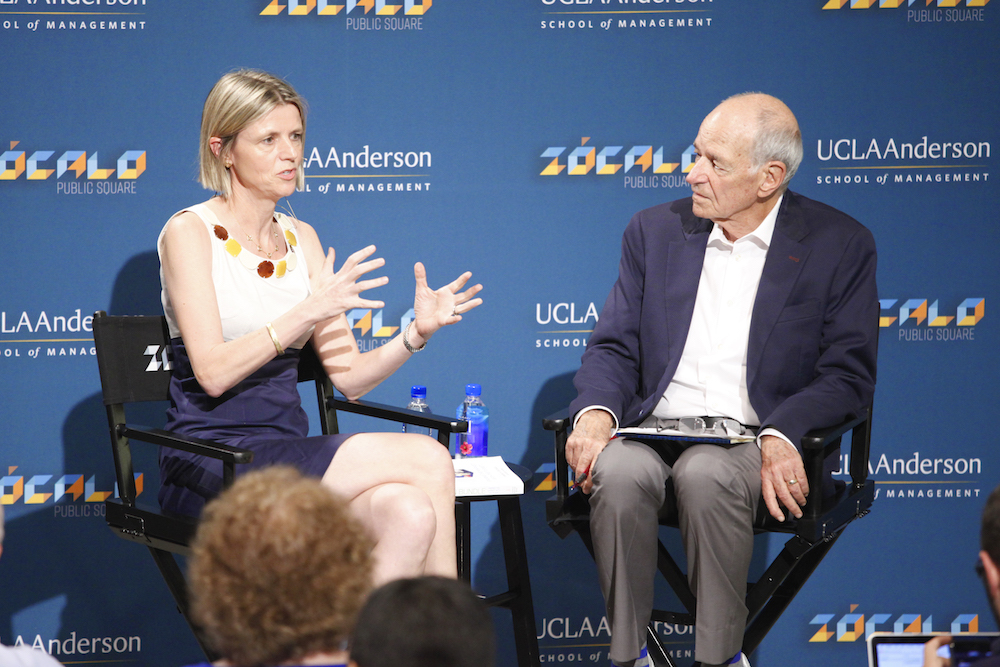 Homo sapiens are hardwired to consume, a habit that’s taking a heavy—and potentially catastrophic—environmental toll. But pleading with people to stop driving gas-guzzling SUVs or eating red meat may not be enough to save the planet, unless you can also offer some personal incentive or private benefit to individuals that will make them alter their consumption patterns.

That idea forms the core of a new book, The Green Bundle: Pairing the Market with the Planet, co-written by Magali Delmas, an economist at the UCLA Anderson School of Management. It also was at the heart of a Zócalo/UCLA Anderson event headlined by Delmas, titled “Does Environmentalism Need to Make Peace with Capitalism?”

Delmas, who is the director of the UCLA Center for Corporate Environmental Performance, focuses her current research on strategies that promote conservation-minded behavior and the development of green markets. But while ostensibly “environmentally friendly” businesses have sprouted like weeds in recent decades, many of these companies “have failed to translate green into gold” because they haven’t been able to persuade enough consumers that they can reap personal rewards—including enhanced social status, better health, and cost savings—by shopping and buying “green,” Delmas has written.

“We need to bundle the environment with the private benefit,” she commented early in the evening.

Moderator Warren Olney, host of KCRW’s “To the Point,” had begun the conversation at the RedZone at Gensler by asking Delmas how she became interested in studying the environment from, essentially, a corporate point of view.

From these dueling experiences, she theorized that there could be a way for the two different mindsets to push and profitably influence each other. “I’ve been working and trying to find these win-win solutions, because businesses really aren’t going to change if they can’t get some profits out of this,” she said.

The way for businesses to create these favorable outcomes, as Delmas and her co-author David Colgan elaborate in their book, is through the green bundle—that is, by bundling environmentally beneficial consumption with certain private benefits that can accrue to individual consumers.

There are five categories of these personal incentives: increased quality, which encourages consumers to pay a premium for, say, an expensive but eco-friendly cleaning product; products that leverage peer pressure, for example, by using Hollywood stars to promote the Toyota Prius at the Academy Awards; linking a product with personal health benefits; showing how using a product can result in either short- or long-term monetary savings; and by crafting marketing narratives that stimulate empathy and persuade a consumer that her or his personal choices will make a tangible difference to the environment.

But how much has this level of environmental-consumption awareness penetrated the general public? In response to Olney’s probing questioning, Delmas acknowledged that, as one example, the organic movement hasn’t reached the majority of consumers. She said that when she and her colleagues have conducted consumer surveys, 70 percent of respondents say they want to do something to help the environment. But other research reveals that only about 10 percent of consumers will opt to buy a green product when shopping at their local market. Most of us still are what she calls “environmentalists of convenience.”

This is where green bundling strategies can be effective in shifting consumer behavior, albeit often subtly and over significant stretches of time. Delmas offered up the example of a study involving some UCLA students, who were supplied by research teams with reams of information about the type and amount of their individual energy consumption—but who didn’t immediately change their habits one iota.

But when the students were publicly awarded red (bad) and green (good) dots to show how much more or less they were consuming compared on average to their classmates, many of them began to ratchet down their energy usage. Peer pressure, and perceptions of social status, were able to sway the students’ habits.

Delmas said she thinks that health concerns are the single most important driver of the bundle. “The organic movement has been so successful because people make this connection between eating well and their health,” she said.

Delmas said that she personally has adjusted her behavior in response to green bundling strategies. For instance, now that supermarkets have begun charging customers a few cents for shopping bags, she has become more conscientious about bringing her own bags with her on supermarket trips. And now a major coffee chain is considering charging customers a small fee for its paper cups.

“They’re going to see how this changes our behavior—we’re all going to bring our cup,” Delmas said.

Still, Olney pointed out, some companies don’t care at all about encouraging environmentally friendly consumer behavior. How can they be made to fall in line?

That means that companies can’t win consumers’ trust and cooperation simply by spinning beautiful marketing pitches, Delmas said. Corporate America must provide information to consumers that is transparent, accurate, and standardized, so that customers can make the best, and most responsible, buying decisions.

But how far should we be prepared to go in using some of these green bundle methods? During the question-and-answer period, one audience member from Long Beach asked about China’s new green awareness initiative, which uses public shaming to pressure individual citizens to toe the government’s environmental line.

“I don’t think we want to live in a society like that,” said Delmas. “There is a danger there.”

Another audience member, Michael Alexander, asked how we can weigh the greater amount of energy that may be required to manufacture a more environmentally friendly product like an electric car, versus that vehicle’s long-term energy-conserving benefits.

“There’s no perfect solution,” Delmas replied. “There has to be some kind of balance. We need to look at these in context and do a full life-cycle assessment, from cradle to grave.”

Yet another audience member asked about how it might be possible to create affordability for every consumer, from a social-justice standpoint. Delmas concurred that “there’s a question” as to whether green-friendly consumer policies are going to serve only the “happy few” who can afford to drop hundreds of dollars per week at Whole Foods.

“In 20 years, I think we will all have a lot of information about what we consume,” Delmas had said earlier in the evening. “When we have that information, what will we do with it? We can’t change our behavior if we don’t know our impact.” 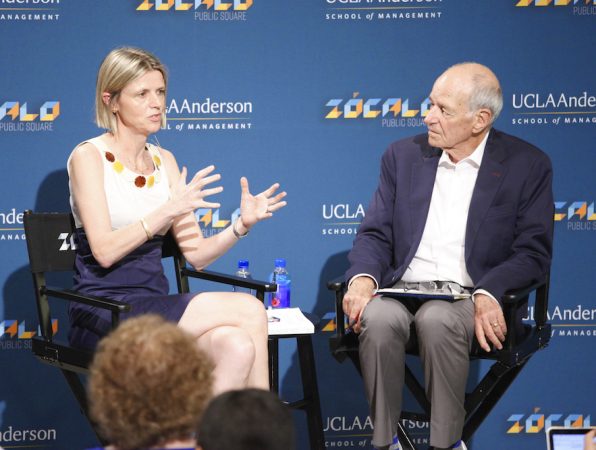 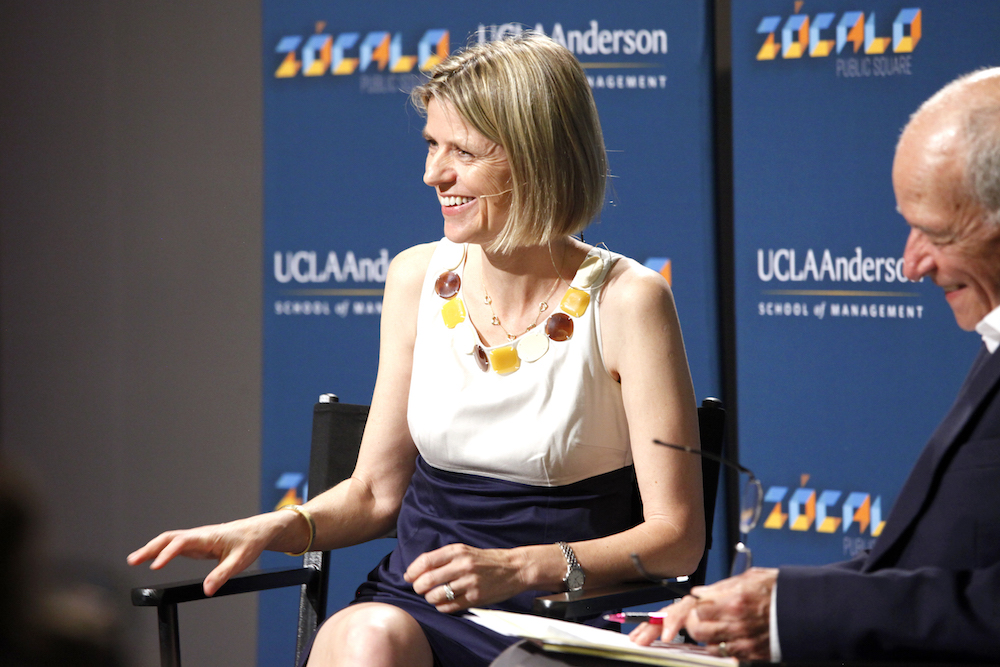 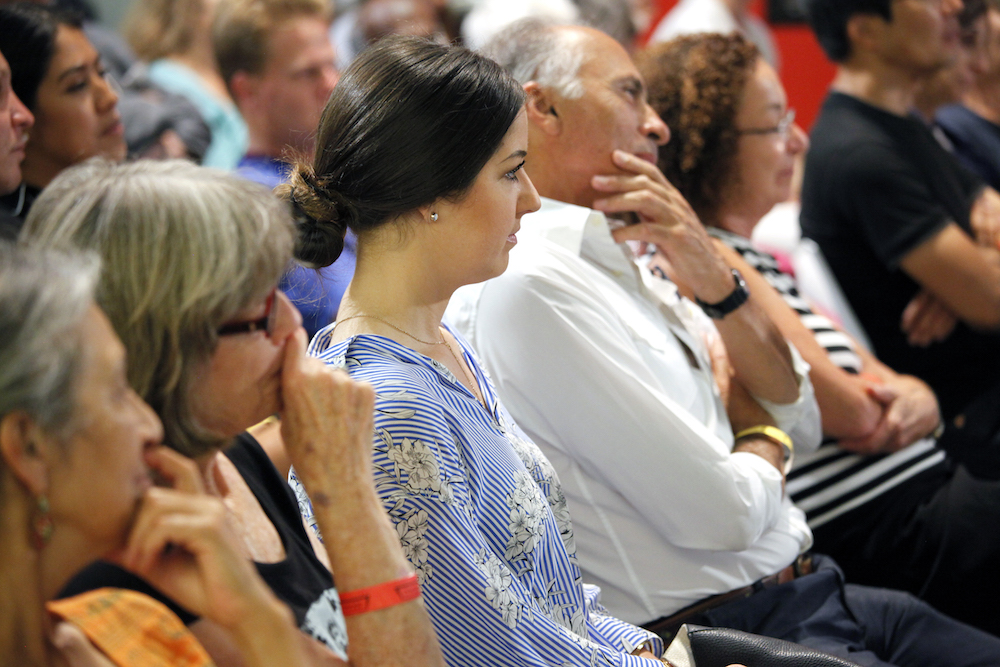 A standing room only crowd at the RedZone at Gensler. 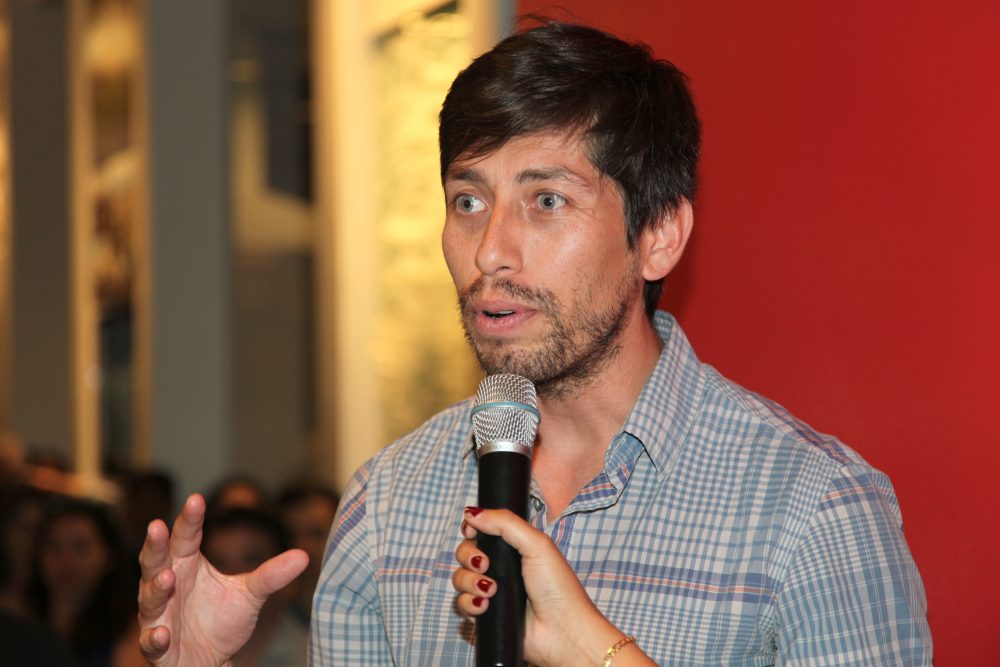 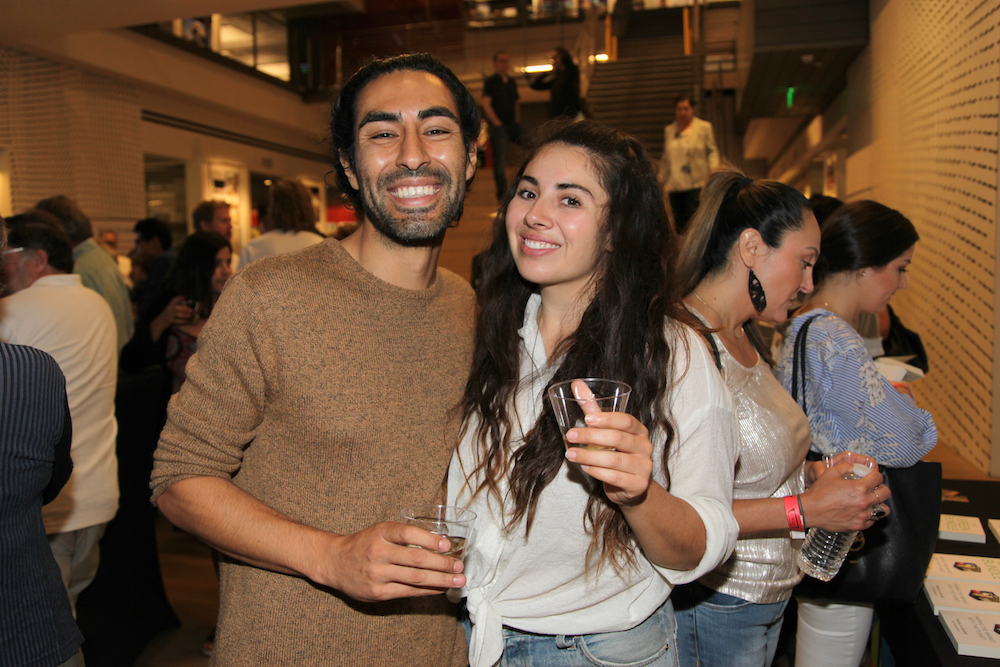 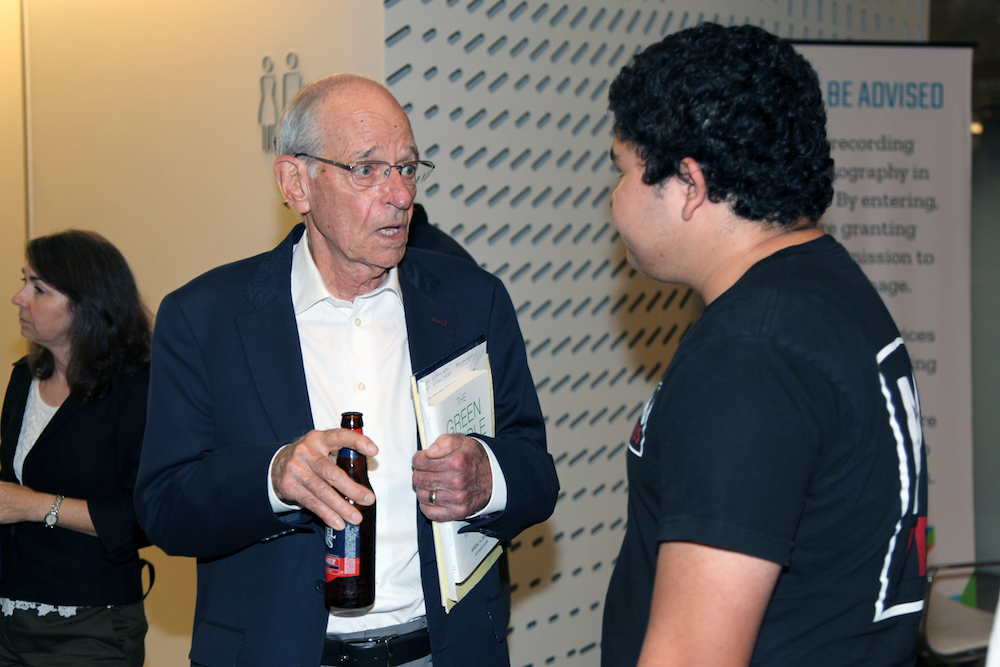 Warren Olney, host of KCRW’s “To the Point,” speaks with guests at the reception.