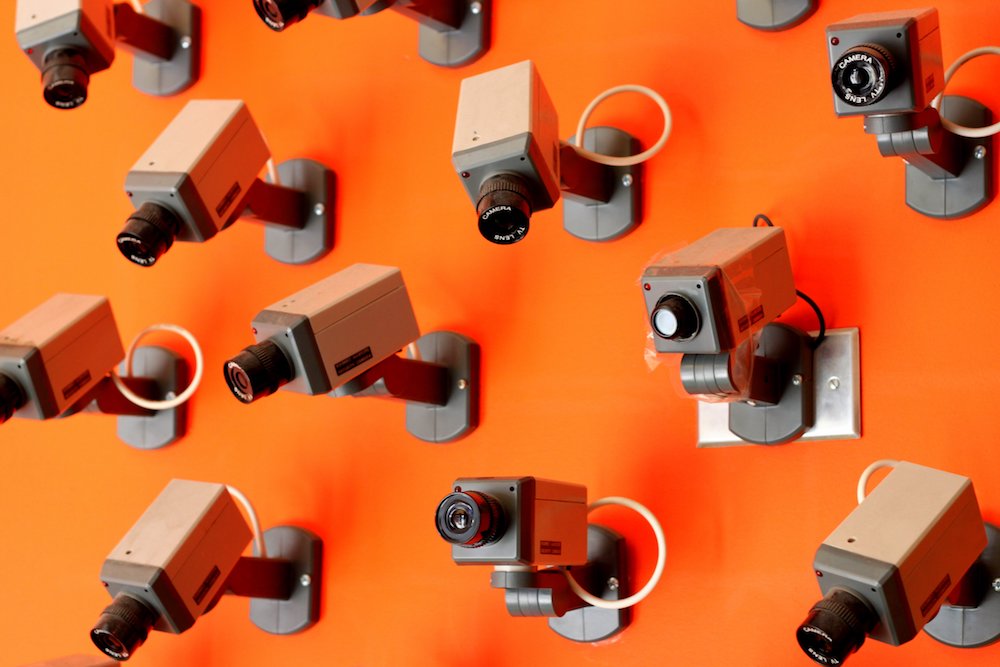 In a 2012 YouTube video of an attempted robbery in California, a strange scene unfolds.

Two robbers enter the Circle T Market in Riverbank. One carries a large assault rifle, an AK-47. Upon seeing them, the clerk behind the counter puts his hands up. Yet the elderly store owner finds the weapon absurdly big and casually walks up to the robbers, laughing. His shoulders are relaxed and he points the palms of his hands up as if asking them whether they are serious. Both perpetrators are startled upon seeing the elderly man laughing at them. One runs away, while the one with the AK-47 freezes, is tackled, and is later arrested by police. They had robbed numerous stores before.

Analyzing videos captured on CCTV, mobile phones, or body cameras and uploaded to YouTube now provides first-hand insight into a variety of similar situations. And there are a lot of videos to watch. In 2013, 31 percent of internet users online posted a video to a website. And on YouTube alone, more than 300 hours of video footage are uploaded every minute. Many of these videos capture our behavior at weddings and concerts, protests and revolutions, and tsunamis and earthquakes. Taboos become obsolete as more types of events are uploaded, from birth to live-streamed murder.

While some of these developments are contentious, their scientific potential to understand how social life happens can’t be ignored. This ever-expanding cache of recordings may have drastic implications for our understanding of human behavior.

Historically, researchers have had to rely heavily on interviews, laboratory experiments, and participant observation in order to study human behavior. Each of these approaches has its strengths, but they all face fundamental challenges when applied to studying real-life actions in detail. Eyewitness testimony can be deeply flawed. Even accurate memories fade. People tend to act differently under observation by a researcher than they do in real life. These discrepancies make 21st-century video a game-changer.

Videos can provide answers to important questions. What contributes to positive conversations, successful negotiations, or the charm of a public figure? Which situational dynamics allow teams to perform well together, whether in business, sport, law enforcement, or the arts? Video is especially powerful when it captures rare events that we didn’t see before. How does a panicking crowd move? How does a revolution unfold? What do people really do during a natural disaster?

Events on video can be studied numerous times, in slow motion or even frame by frame, examining every detail relevant to the situation: verbal and non-verbal communication, a person’s movements, fields of vision, uses of space, interactions, exchanges of glances and gestures, facial expressions, and body postures. And such videos can be accessed widely through websites such as YouTube or LiveLeak that employ user-generated content, or live-streaming sites like GeoCam.

What exactly do such videos allow us to observe that we could not see before? Take retail robbery as an example.

If a masked person enters a store and points a gun at the clerk, the situation is clear—this is a robbery. Even clerks who have never been in a robbery before know the deal when someone enters the store with a gun in hand. Most clerks do fear for their lives during a robbery, and many suffer from post-traumatic stress afterward. Yet studies conducted decades ago by criminologist David Luckenbill, as well as Charles Wellford and colleagues, showed that about one-third of clerks do not comply and numerous robberies fail. How is this possible?

Eyewitness testimony can be deeply flawed. Even accurate memories fade. People tend to act differently under observation by a researcher than they do in real life. These discrepancies make 21st-century video a game-changer.

Today, videos show the clue to the puzzle can be found in the situational dynamic of the robbery. CCTV recordings uploaded online show us that in those incidents where the robber is able to get the money, both actors act in accordance with a robbery ritual and their respective role—that of the confident, angry, and dangerous perpetrator and of the fearful, submissive clerk.
But if one of those involved does not show the behavior associated with their role, and breaks character, the ritual collapses. It can break down due to tiny actions by the perpetrator, even moves that seem barely noticeable, such as stumbling briefly. If perpetrators are perceived as acting out of character, videos show clerks stop “believing” in them as a dangerous robber.

Moreover, they try to make sense out of the unexpected situation and pick up on unusual behavior by the perpetrator. They adapt their actions to a new role that fits the behavior and drop out of character as well. When a perpetrator seems tentative, the clerk might take the dominant role, as in a robbery in California, where a female clerk makes the indecisive robber wait—basically putting the robbery on hold—saying in an annoyed tone that she is on the phone. In a store robbery in Florida uploaded by the New York Post, the armed perpetrator’s voice indicates sadness about committing the crime. He is hardly looking his victim in the eye. As a result, the clerk is no longer behaving as a fearful robbery victim, but starts cheering him up. They talk about Jesus and discuss possible solutions to the robber’s financial problems. At the end he leaves without the money.

Across such instances, we see clerks gain confidence, and resist. This happens even when perpetrators drop their role for a split second, regardless of the gender of the clerk, experience level of the perpetrator, or whether they look physically more or less fit than the clerk. Elderly clerks laugh and tackle armed perpetrators, as in the AK-47 robbery in the Riverbank minimart, or strong-looking armed male perpetrators stumble briefly and petite female clerks confidently attack and beat them until they run away. Once the illusion is broken, perpetrators seem to comply with their new role. They could shoot at the clerk, fire a warning shot, or scream and shout. Yet they tend to freeze, engage in conversations, or run away.

Such dynamics offer scientists insights into how social routines break down. Studying social behavior caught on video that is now accessible online, we can determine how routines work in the first place, what rules they abide by, and how stable or fragile they are. These videos show that people not only rely on routines in robberies and expect robbers to behave a certain way; they also expect friends, parents, coworkers, pilots, or store clerks to play their respective roles.

Sociologists like Harold Garfinkel and Randall Collins have shown that when routines fail and people behave out of character (be it a perpetrator behaving like a child, or a parent behaving like a coworker), we tend to perceive situations as strange and interactions as disconcerting and unsatisfying. We tend to like people less with whom we cannot make a routine work—even if it is just a mundane conversation.

The use of 21st-century videos to explore these kinds of social behaviors and situational patterns is still evolving. The advancement of software programs, data mining, and automated coding of videos might soon enable social scientists to study and compare even more events.

At the same time, technological improvements also allow videos to be easily altered or fabricated. Video uploads therefore need to be checked thoroughly for credibility and authenticity. Fortunately, software for checking authenticity is also evolving rapidly.

Moreover, ethical issues and privacy concerns arise when studying videos caught on CCTV or mobile phone and uploaded online. Scholars might not be able to reach people caught on video to get their consent as research subjects. This can be problematic, especially if private, potentially incriminating, or embarrassing behavior is filmed. Does that mean we should not tap into this vast pool of newly available data? How can we develop policies that permit such research while protecting the people in the videos?

As we answer these questions, 21st-century video is likely to revolutionize research on situational dynamics and our understanding of social life.