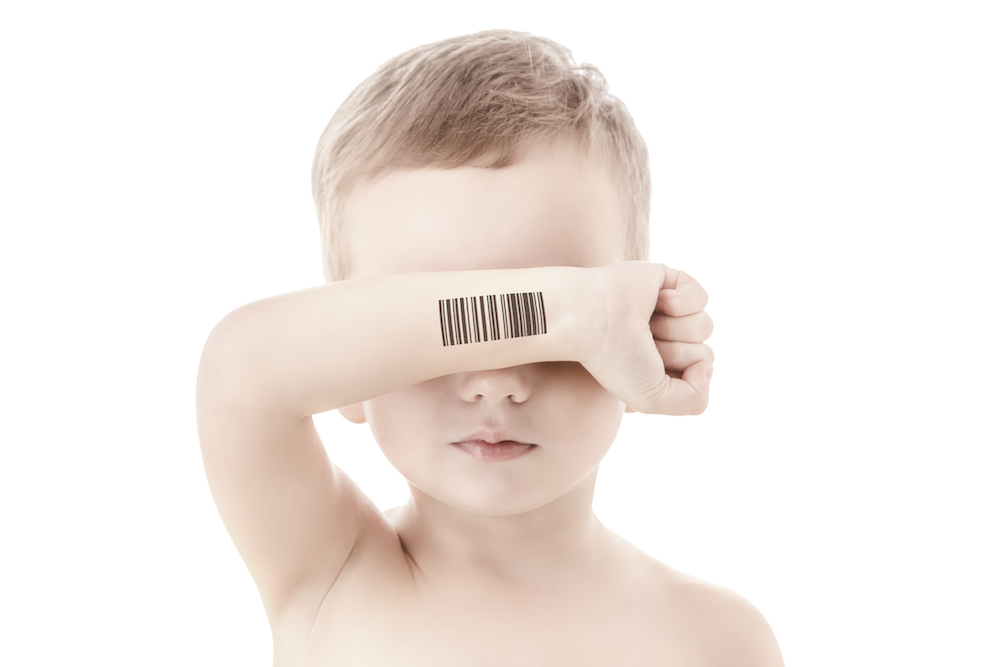 We’ve come to believe that DNA is destiny. But can genetics really explain our characters and predict our futures? Courtesy of Shutterstock.

Over the past 25 years, we’ve become surprisingly comfortable with the idea that genes play a large role in our lives. When DNA is in the mix, people assume that it is the primary cause of whatever human trait is being talked about. People may choose whether to pursue a hobby or a relationship based on test results—even though it means that they must dismiss the other information they have at their disposal. Judges have even used genetic tests to make sentencing decisions.

Even science has carried this idea to extremes. Genes, for example, are said to account for the difference between people who are perpetual cheaters and those in a lifelong committed relationship. Genes are said to be the reason why some people vote conservative while others vote liberal and why some don’t vote at all. Genes supposedly determine our ability to get through those last years of college, to keep ourselves out of credit card debt, or to invest in the stock market in order to plan for our retirement. And on and on.

If you take this narrative literally, you might think that humans have little free will or sense of right and wrong, and that our environments, educations, and societies play a minor role in how we act or the choices we make. We are, in this version, fleshy computers running hardware provided by our genes.

Why are genes so popular now? Why do they seem to explain everything so perfectly? And how did we come to want to know ourselves through our DNA?

These questions first came to me as I was wrapping up a book on the Human Genome Project and ideas about race. Looking at the state of genetic science, I noticed a push toward investigating the genetics of social phenomena arising in my own field of sociology. I decided to talk to scientists, experts, and everyday people to get a sense of why so many things previously understood in terms of social relations and environmental conditions were coming to be explained in terms of our genomes.

What I discovered is that science and pop culture each spin a narrow version of what genes are and how they impact us, together professing that genes are the deepest essence of ourselves. These two strands combine and reinforce each other.

Recently, researchers, even social scientists, have been focused on finding genetic causes for things in ways that leave out the environment, culture, and social upbringing. Pop culture has seized on these scientific reports, relaying findings as the ultimate truth. And as public interest in genetics and genetic testing has grown, the organizations that fund scientific research have begun putting a premium on studies that seek answers in the genes, closing a feedback loop.

Looking at phenomena beyond disease has become the newest trend, and there is a great deal of energy being spent on opening up opportunities for it. Scientists who are willing to risk their reputations on the new arena of social behavior are being rewarded by the biggest funders and health organizations out there. The National Institutes of Health and National Science Foundation, for example, are eager supporters of studies as well as efforts to build out a new field of science wholly focused on the genetics of social phenomena.

The space opened up is now being populated by social scientists who are new to genetics, but who believe that they will be able to revolutionize the hunt for genetic associations. This is most striking in the spate of new gene-focused fields, fields like “genopolitics” and “genoeconomics,” that creatively mash up natural and social science methods to apply genetics to new arenas of life, such as political participation and financial decision-making.

A prominent example of the kind of research that these fields are doing is the ongoing search for genes associated with educational attainment. A consortium of political scientists, economists, and sociologists have been mining the human genome for genetic culprits that have an impact on how far people make it through school. Another example is the hunt for rage genes. Scientists have linked the MAOA gene to violent behavior, rape, and even gang participation.

Science and pop culture each spin a narrow version of what genes are and how they impact us, together professing that genes are the deepest essence of ourselves.

Despite arising from complex interdisciplinary approaches, these hybrid sciences all too often promote genetic determinism. Though they aim to characterize the special way that genes and environments interact to make us who we are, most often they use methods common to genetic science that analyze only the DNA portion of the gene-environment equation. It is expensive and challenging enough to tackle genes alone, and funders do not require that genetic studies pay detailed attention to the environment, so scientists leave the environment out of the picture. Instead of showing us how nature and nurture work together, they reinforce a nature versus nurture way of thinking. This isn’t the fault of individual scientists, but rather is built into the way things are done when hunting for genes. Even the most seasoned social scientists end up checking deep environmental analysis at the door.

For the general public, an even more reductive sense of how genes work and what they mean reigns supreme. TV shows like CSI convince viewers that genes are entities that trump all else. Cultural analysts who have studied the rise of genes in pop culture say that DNA has a certain mystique, seeming indivisible and irreducible, like atoms. And in a world where everyday people are increasingly being asked to manage their own health, to optimize it in any way possible, genetic susceptibilities seem to be one bit of outside reassurance for an uncertain future.

This potent combination of data and cultural resonance gives relatively flimsy scientific conclusions tremendous potency. When I spoke with experts across society—teachers, attorneys, prison wardens, and more—about genetic tests, I learned that they believed that genes had a uniquely predictive power. Many were concerned that tests could be misused by non-experts, but they nevertheless believed that knowing about someone’s DNA would help in working with them. IQ tests could be used to track kids into different types of schools. Criminality tests could determine how to handle repeat offenders. Moreover, tests could be given in infancy, or even administered prenatally.

The belief that nature is really what’s driving us is not new. It’s an idea that can be traced to the earliest thinking about genes and evolution, back to Darwin—and also to his infamous cousin, the founder of eugenics, Francis Galton. Darwin allowed for nurture to kick in as soon as individuals were born, but Galton popularized the idea that the transfer of traits via DNA was all that mattered. In his version, nature and nurture were at odds, with nature winning every time. Francis Galton’s vision went beyond the notion that nature determined the essence of humanity; he believed that the only way to rid humanity of undesired traits was to rid it of the people with those traits.

Though most people today would not want to live in a eugenic society, where DNA decides everyone’s fate, it could be a real possibility if we don’t change the way we think about genes. Our increasing belief in genetic determinism, in an era in which tests are proliferating like mad, threatens to bring us to a world in which people will be slated for totally different experiences, relationships, and life outcomes based on their genes. This will be nothing less than a high-tech eugenic social order, even though people will feel they’ve bought into it voluntarily—through dating apps and hobby tests.

In fact, if you take our current cultural attitudes to their likely conclusion, eventually, there could be two genetic classes. The haves will be able to test their embryos and use IVF to select for things like high intelligence and bullish fiscal attitudes. The have-nots will be tested in infancy or as they enter school, where they will be tracked for certain classrooms and educational and fitness programs, or given no school at all. Educational institutions will become closed-off places where like meets like, as will the labor programs and trade schools offered to those who have “less fit” DNA. If we don’t develop a more critical approach to the information offered by DNA testing, a social order built from the most insidious inequality truly could be our future.