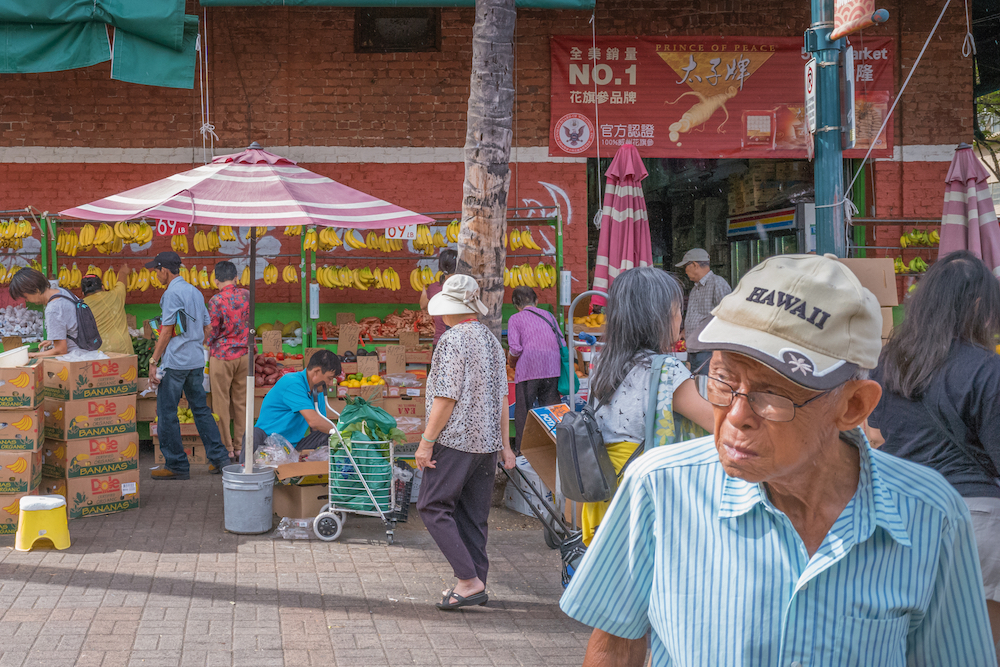 Our nation’s population is aging rapidly, and Hawai‘i is no exception. More than 17 percent of Aloha State residents are 65 and older. Courtesy of Shutterstock.

As our nation’s population rapidly ages, each state’s future depends on the ability of its senior citizens to adapt to the accelerating pace of change. Hawai‘i is no different, and has its own special challenges.

Seniors might start by learning a word: “prosumer.” This means we are not just producers or not just consumers, but rather both. Seniors increasingly serve as both caregivers and care receivers at the same time. This new reality is taking shape right in front of our eyes—and faster in Hawai‘i than elsewhere.

We—yes, I am a senior citizen too—are bombarded by advice and scattered information from drug companies, internet providers, and more web pages than we have time to search. There is too much advice to be helpful, and few guides. In spite of well-intentioned efforts of government and nonprofits, we are too often confused and disoriented. If you are in a family crisis, there is no time to sort it all out.

This situation, my situation, will only get more difficult. In this decade alone, the percentage of Hawai‘i residents who are 65 and older has jumped more than three points, from 14 percent in 2010 to more than 17 percent today.

Since the government outsources so much, the unstructured and competitive world of small business and nonprofits will primarily drive aging-related service delivery. This change, in turn, will redefine our idea of the aging system into one that is less like a hierarchy and more like a horizontal web. Government is becoming less of a policymaker and more of a partner.

Navigating such a web will be harder; the network of nonprofits serving aging people must answer to small boards of directors and must be creative to raise funds from multiple sources to sustain operations. Often payments to providers are delayed, and they are always at the mercy of the latest legislative appropriation. For providers of services to the aging, public information, education, empowerment, collaboration, and volunteerism are overlapping concentric circles of daily reality.

At the same time, the people who work in institutions for the aging, and those institutions themselves, will have to reinvent themselves to survive over time. Those dependent on the fickle changes in government appropriation, grants, and hot topics are forced to accept “mission drift” to chase the money.

Ultimately, my generation of aging people will have to take more ownership over the institutions that serve us. I can already see this at work on the islands, where there are different groups on Maui, the Big Island, Kauai, Oahu’s windward side, and in other small communities that are affiliated with a small local health clinic or senior center.

Working in this way will ask more of people, but there are advantages. Groups that are tied closely to community may be better equipped to speak to individual needs.

Much of what I’ve said to this point is true of many places. But Hawai‘i has its own micro-trends that will complicate the transition to a new era of aging.

Hawai‘i has a high cost of living and is far from easy access to neighboring states or services. We import all of our food and everything else. Housing costs intensify the income gaps. New generations often leave for greener opportunities. Too many families are one minor crisis away from homelessness.

Already, families and their networks are stressed. In Hawai‘i, there are over 150,000 caregivers helping family members. This sort of arrangement may not be sustainable. Increasingly, extended families don’t live in the same house, or even on the same island. And after attending college on the U.S. mainland, many set down roots elsewhere, and are thus unable to respond to an emergency. The ability of the family to help with the health and well-being of elders is disappearing.

The cost of housing limits our ability to safely and affordably house aging, vulnerable, and frail elders. Widows live in isolation in condos, with no one to check on their welfare. Many are too rich for Medicaid and too poor to afford high-end senior residential facilities—where “buying in” may cost hundreds of thousands of dollars for peace of mind as one grows frailer.

What Hawai‘i needs, then, is a middle zone that meets the needs of elders within a fraying system. Where will the income come from to support such an infrastructure? In the future, a growing percentage of retirees will not even have retirement benefits.

The ability of government to provide safety nets is on shaky ground. American culture, ideology, and politics may make it harder to guarantee existing benefits such as Social Security, Medicare, and Medicaid. Long-term care insurance for the middle class is not on the health care agenda. The role of the federal government is diminishing, with political polarization creating a narrative that views every essential service as an unnecessary and undeserved entitlement. Each state is on its own.

At the same time, a trend towards decentralization is overtaking many of our services and quickly exceeding the ability of government to regulate them.

Everywhere in Hawai‘i, we see this decentralization of organizations as former employees are becoming self-employed. Employed and licensed cab drivers are becoming Uber contractors. Taxed hotels are becoming untaxed bed-and-breakfasts hidden within a larger house or even an apartment. Care homes that were once regulated, inspected, and licensed are becoming alternative living arrangements beyond the reach of government oversight

What Hawai‘i needs, then, is a middle zone that meets the needs of elders within a fraying system.

Consider a new trend in Hawai‘i, so-called Aging in Place (AIP) facilities. Traditionally, a state-regulated care home was clearly defined by the law. The operator of such a care home could receive both private pay and public Medicaid residents, and would provide health benefits, social services, meals, and other assistance for people who had difficulty with activities of daily living. In addition, a small number of unrelated residents might share a home, which was inspected for compliance with basic safety features, like larger doors and ramps for wheelchairs.

Now enter the new, unlicensed, private-pay AIP entrepreneurs—claiming to be only landlords providing bed and board under a rental agreement (often for $6,000 or more a month!). They say each “renter” has his or her own arrangement with support systems provided by independent home health or home care agencies. They say the state has no right to knock on the door and inspect the facility or its residents.

Because this does not fit the government’s previous definitions of care facilities—indeed the AIP was invented precisely because it could evade them—these facilities are poorly regulated. Government has been slow and unable to change its industrial-style consumer protection and quality-control approach to this new world, where innovative legal and financial arrangements appear outside the scope of regulation.

There’s a tendency to think that this time of confusion—for aging individuals, for government regulators, and for society at large—will soon pass and we’ll be back to some kind of predictable normal. I do not see it that way at all. The most consequential social change of our times has been the shift from the industrial culture and society to the information age. This is the Third Wave, as futurist Alvin Toffler titled it in a book suggesting that human history could be understood as three major waves of change.

The First Wave of change—the agricultural revolution—took thousands of years to play itself out. The Second Wave—the rise of industrial civilization—took a mere three hundred years. Today, in the Third Wave, history is moving even faster, making most factory assembly lines obsolete; fragmenting families; and radically changing governments and corporations.

For aging and specialized communities, the Second Wave gave us large hospitals, mental health institutions, public health and sanitation, orphanages, large homes for the disabled—all tightly controlled and isolated from the general public. But the Third Wave pulls apart and decentralizes everything we do. The consumer has more choices—and more difficult responsibilities and decisions.

When those choices involve aging, as they so often do in Hawai‘i, this change should make you think of small, flexible nonprofits serving seniors in their homes rather than government-run facilities. Or think of nonunion workers rather than civil servants with pensions. Or think of government funding through contracts to Meals on Wheels, home hospice care, home chore services, or adult day care.

If the Second Wave was a mass society, with mass media, and mass production, the Third Wave is a fragmented society—multimedia internet rather than three big networks, small musical groups versus orchestras.

The future of Hawai‘i’s seniors depends on our ability to craft appropriate, affordable support and oversight systems for such smaller operations, and for the new realities and the special challenges of the Aloha State.