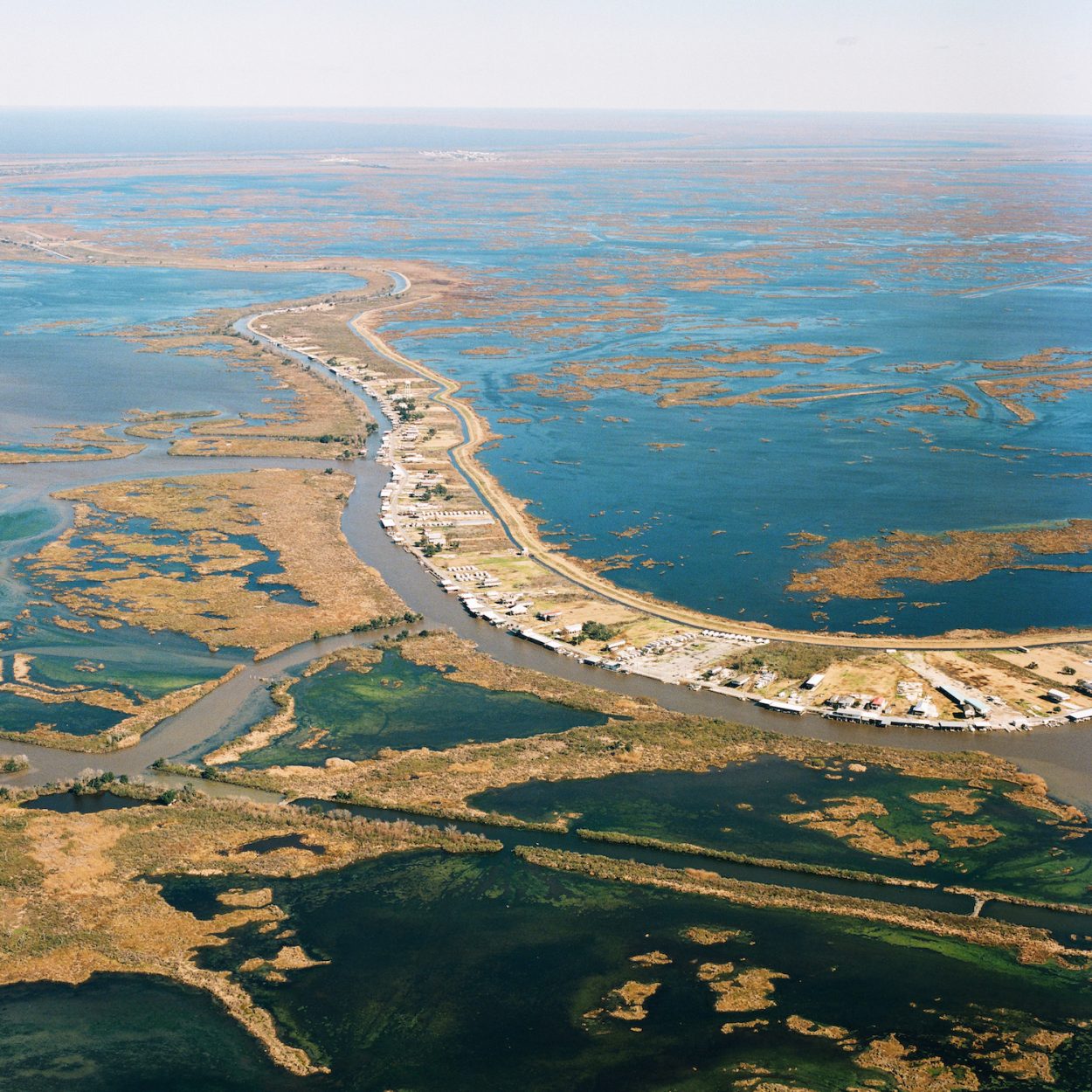 In this aerial view of the Breton Sound Basin over Delacroix, Louisiana, the towns of Yscloskey, Alluvial City, Shell Beach, and Hopedale can be seen in the background. Photo by J. T. Blatty. 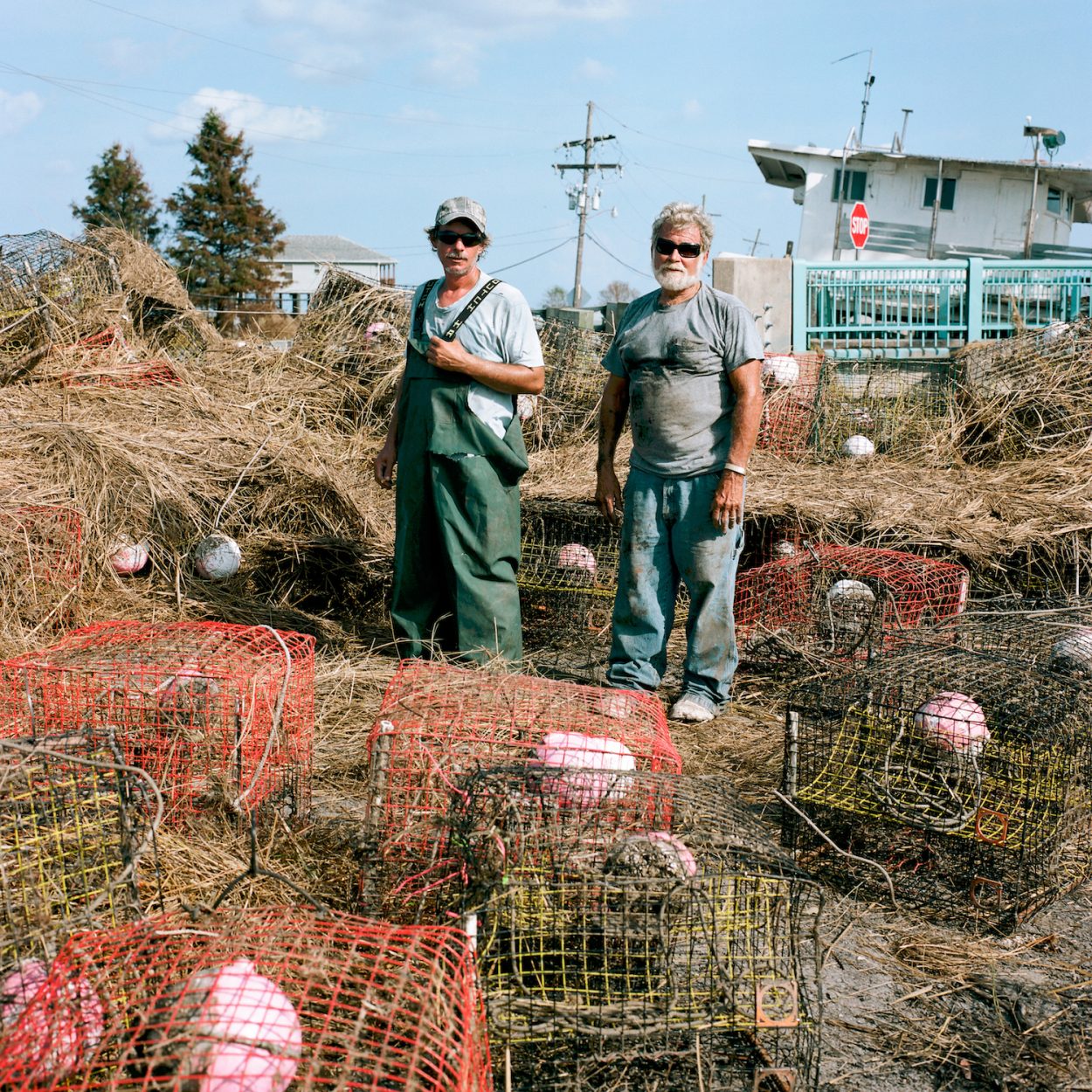 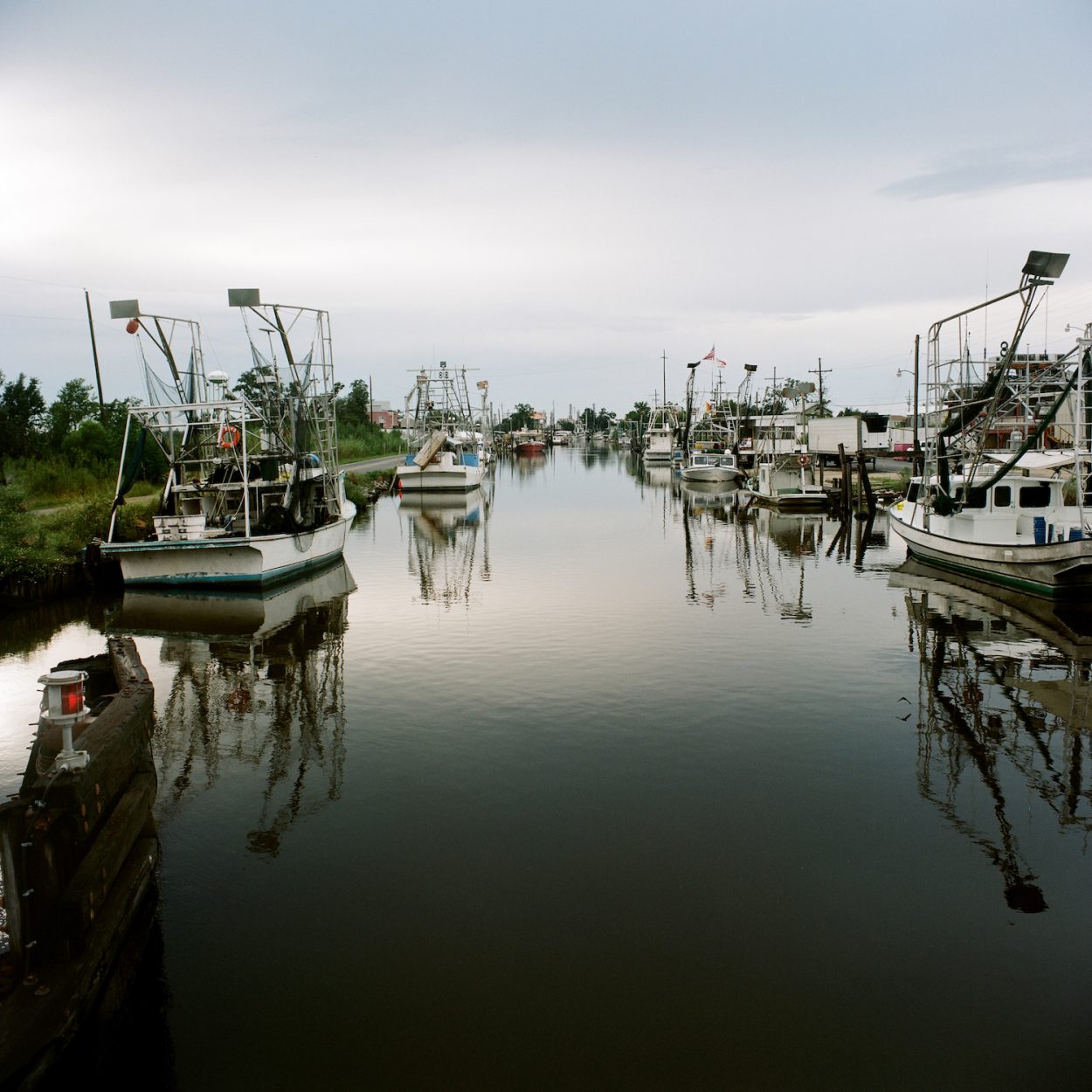 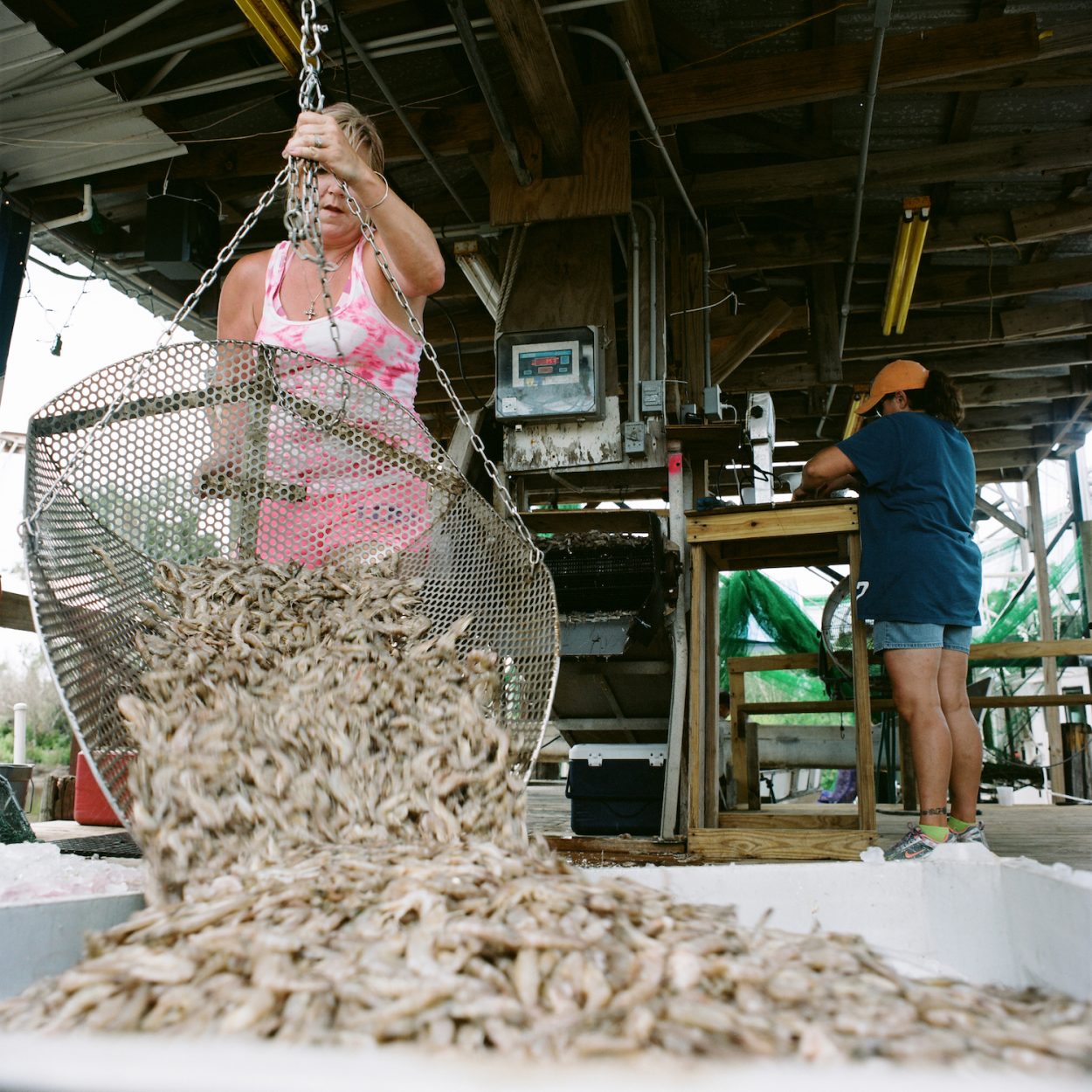 At Net’s Rock-N-Dock in Shell Beach, a local wholesale shrimp-buying business, Sheila Smith tips the weighing basket of brown shrimp into an iced vat, while owner Lynette Gonzales counts shrimp to calculate how many there are in each pound. Photo by J. T. Blatty. 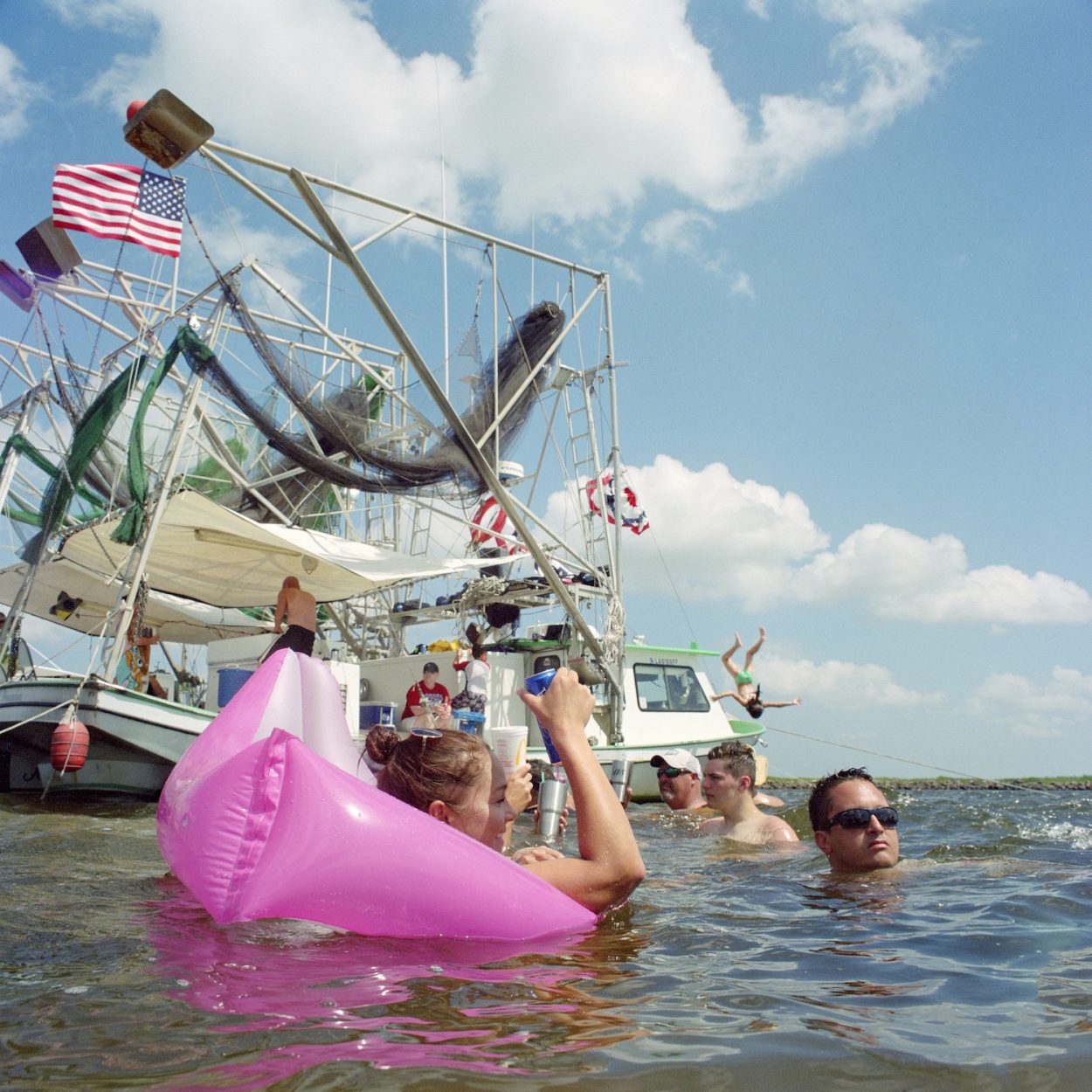 The Fourth of July flotilla in Lake Borgne. Photo by J. T. Blatty. 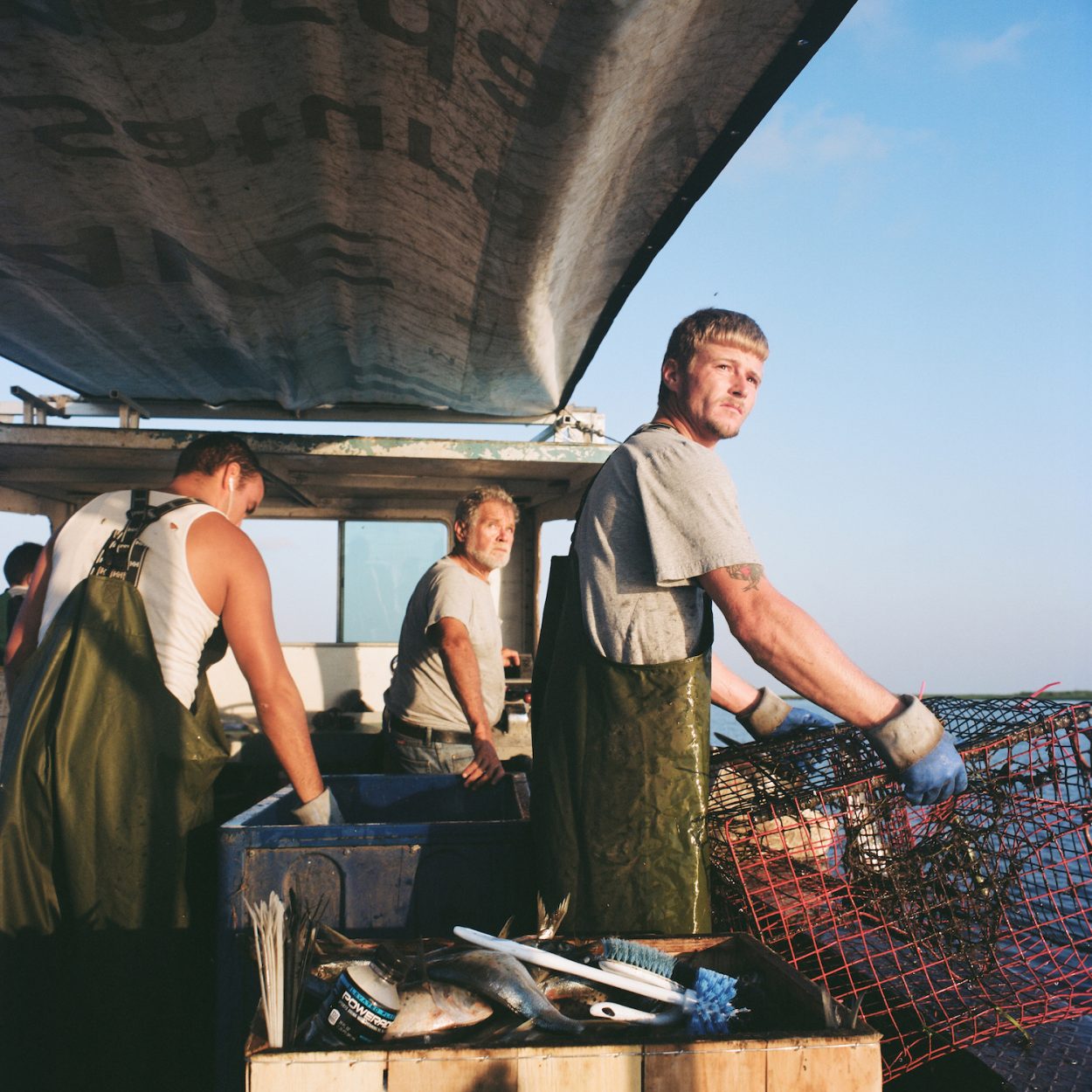 Commercial crabber Alan “Preacher” Squires (center) with deckhands Derrick Bennett (right), the shaker and baiter, and Peter Walgamotte (left), the grader, head out for a day of pulling crab traps near Shell Beach. Preacher and his crew check 400 to 700 traps per trip and often make five or six trips per week during peak season. Photo by J. T. Blatty. 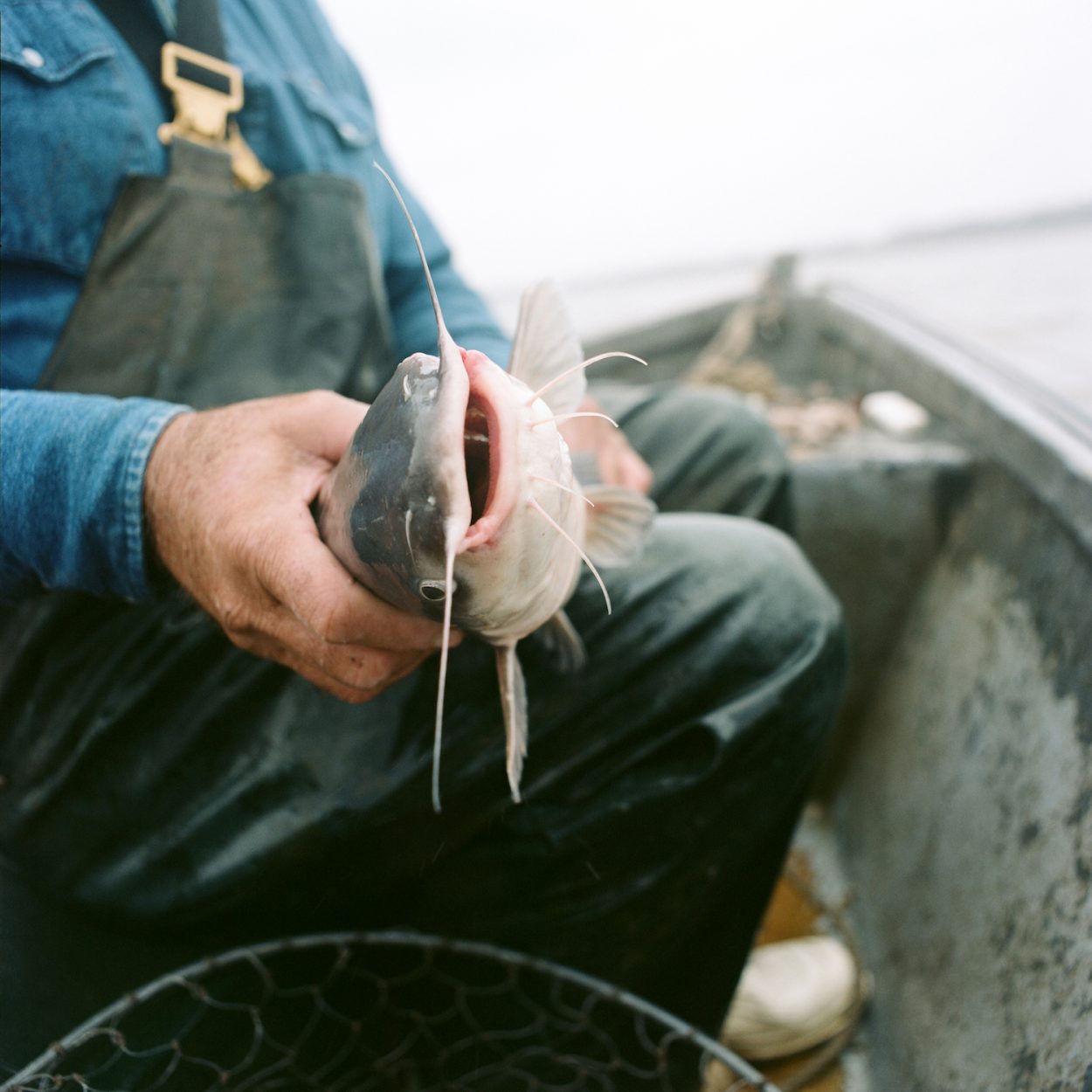 Rocky Rakocy, a commercial fisherman, holds a catfish. Historically, Manchac was and still is famous for fried catfish, but, nowadays, Rocky is one of the few locals still fishing for them commercially in the area. Photo by J. T. Blatty. 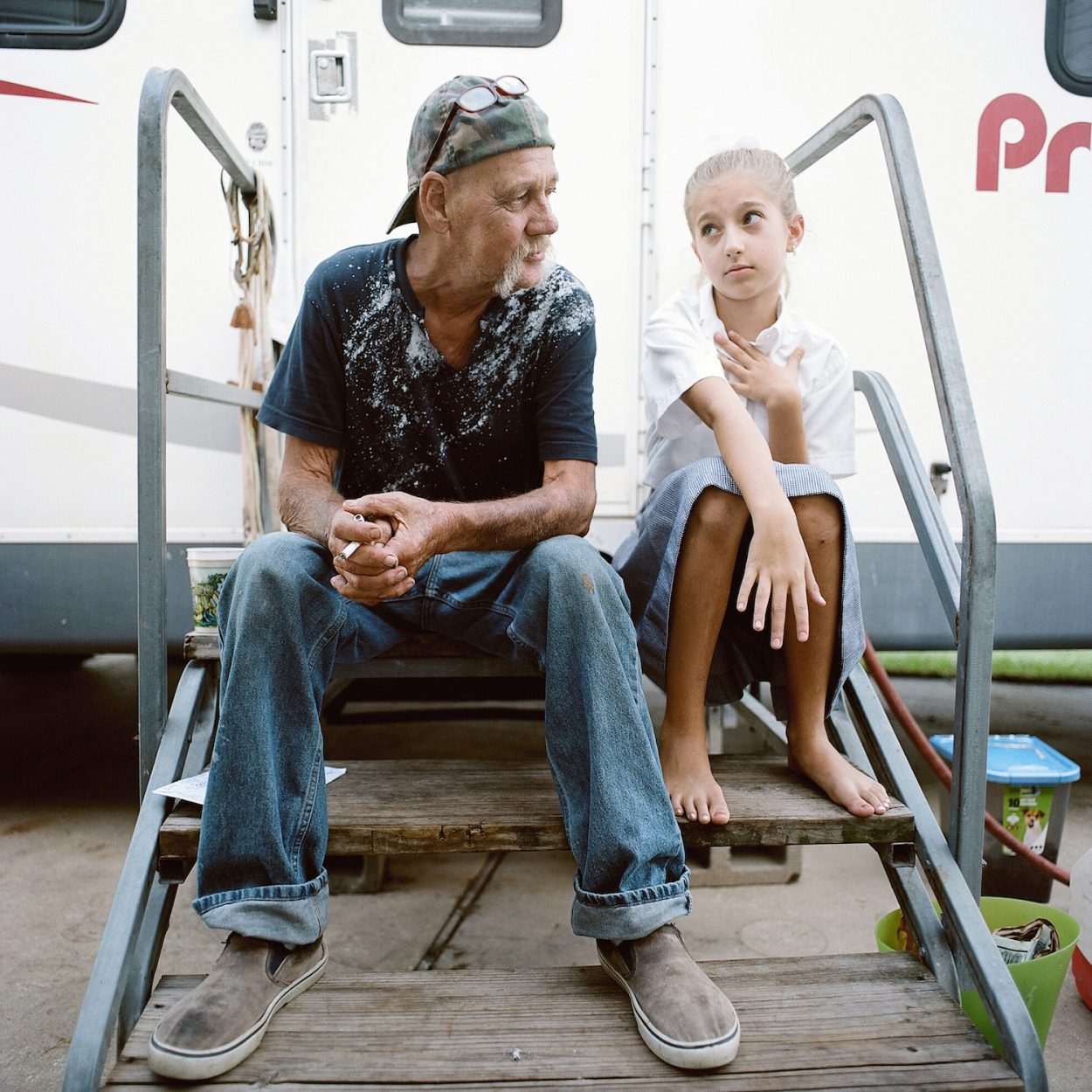 Retired commercial fisherman and firefighter Al Blappert and his granddaughter, Havana Perez, sit on the steps of the trailer he moved to in St. Bernard after Hurricane Isaac. Photo by J. T. Blatty. 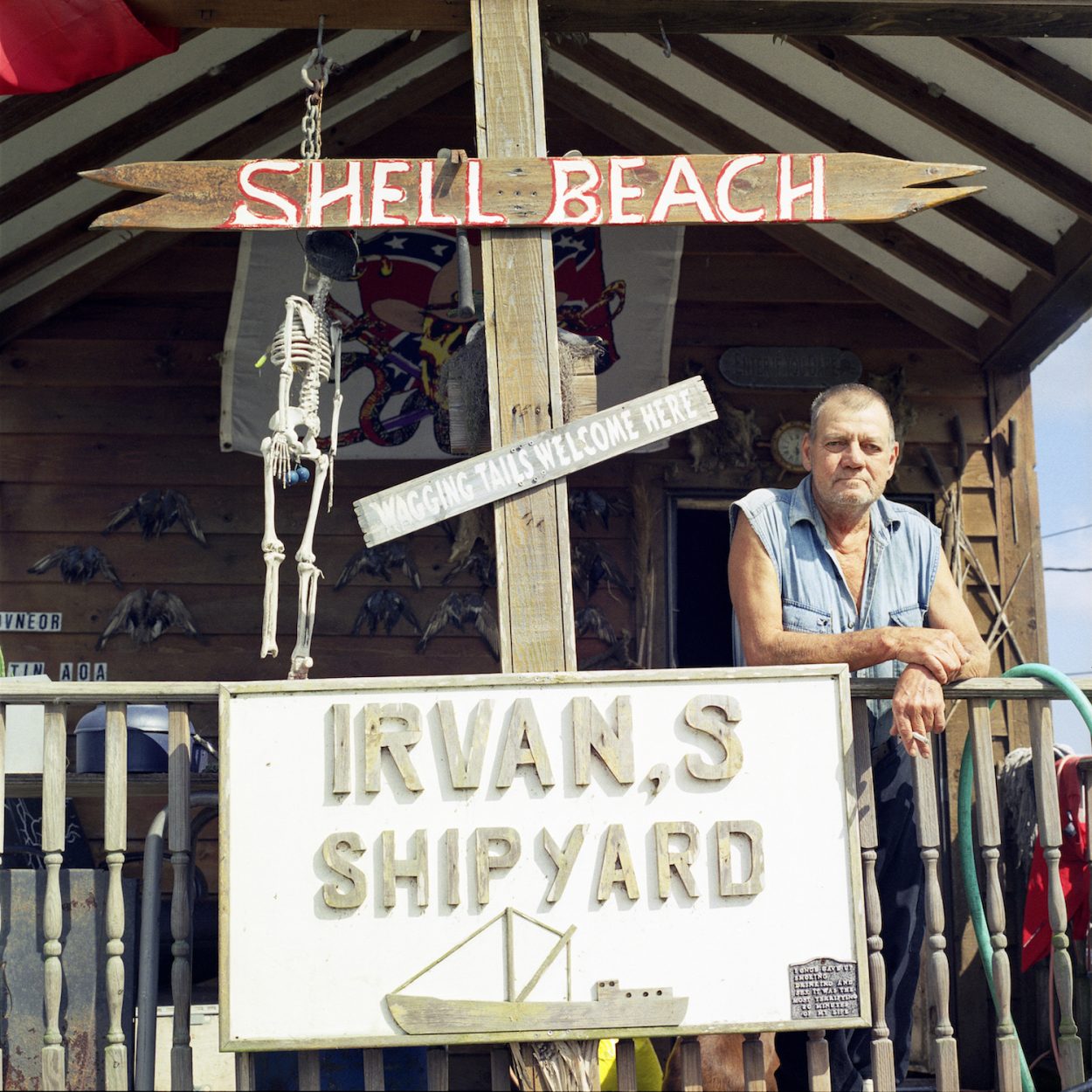 Al Blappert stands on the porch of his former home, the “’Tiltin’ Hilton Crooked Lodge,” in Shell Beach. Photo by J. T. Blatty.

For generations, water has provided everything to the people of southeastern Louisiana’s fishing communities. Their meals. Their livelihoods. Their recreation. Their birthright. Even their faith, as one photograph by J. T. Blatty—showing an archbishop conducting the Blessing of the Fleet—makes clear.

From 2012 to 2017, Blatty, a New Orleans-based photographer, drove to small towns and villages on the bayous to document a way of life that is rapidly disappearing. The causes of this decline include the growth of the city of New Orleans and its levees, the hurricanes, and the oil industry. In Blatty’s evocative photos, though, these communities are very much alive: You can smell the mud of the marshes, the shrimp and crabs piled up to be sold, and the oil powering the motorboats. And in quotations from the individuals she photographed you can feel their love and longing for family, tradition, and place.

In the aftermath of disasters like Hurricane Katrina and the Deepwater Horizon oil spill, we’ve become aware of the intermittent extreme dangers faced by these communities. Blatty’s work, as collected in Fish Town: Down the Road to Louisiana’s Vanishing Fishing Communities, published by George F. Thompson Publishing and distributed by University of Virginia Press, shows the everyday precariousness of their world.