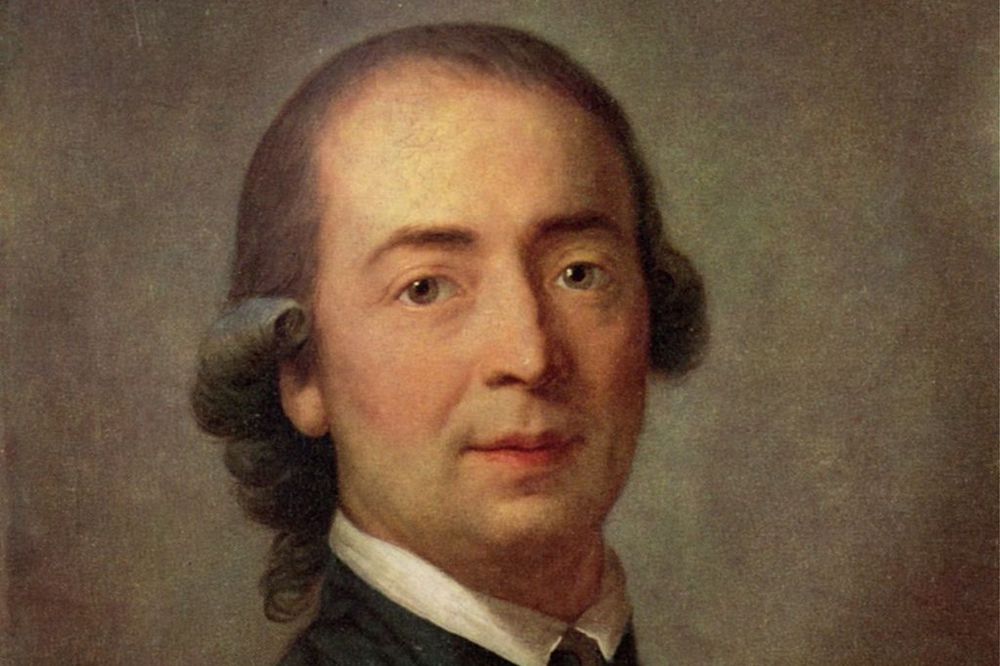 The German philosopher Johann Gottfried Harder, as painted by Anton Graff, in 1785. Courtesy of Wikimedia Commons.

Since the French Revolution, a brilliant cast of ideologies has starred on the world stage, ranging from conservatism to liberalism to communism. Yet the -ism that has been most resilient, and today has become resurgent, is one that modern thinkers dismissed as a walk-on. Nationalism, the political theorist Isaiah Berlin once observed, was long thought to be an allergic reaction of national consciousness when “held down and forcibly repressed by despotic rulers.” Remove this particular allergen, and the sneezing fit of nationalism would end.

Yet as we stumble into the 21st century, the sneezing has grown more, not less violent. Indeed, it threatens to tear apart the traditional and constitutional bonds that, ironically, hold nations together. With the collapse of communism, retreat of liberalism, and implosion of conservatism, nationalism is the last great -ism standing. It is, moreover, an -ism that straddles much of the world. From the Caucasus to the Atlantic, from North to South America and across much of Asia, nationalism has become a chronic global condition.

Few people would find the ascendancy of nationalism more surprising, and more depressing, than the man who coined the term. Johann Gottfried Herder is one of the eighteenth century’s most original yet overlooked thinkers: a deeply influential philosopher who left a mark on fields ranging from the study of language and aesthetics to literature and history. He not only invented the term nationalism (Nationalismus), but is also widely seen as its greatest champion.

A student of the irrationalist philosopher Johann Georg Hamann (who advised him to “think less and live more”) and friend of the great Goethe (who credited Herder with having saved him from dry-as-dust classicism), Herder was born in East Prussia in 1744. The son of devout Lutherans, he never lost his faith in God or Germany. Or, at least, the idea of Germany: Rather than a nation, “Germany” in the 18th century was a dizzying hodgepodge of small states and independent cities which shared little more than a common language.

Language, to Herder, is the very essence of a people. “The very first words we stammer,” he declared, “are the foundation stones of our knowing.” For this reason, he called upon his fellow Germans to resist what he called the “cancer” of French. The vehicle of European diplomacy and Enlightenment values, French had quickly become the unofficial language of 18th century Europe. But for Herder, the adoption of French was a reaction caused by shame at speaking one’s language. This, in turn, reflected shame of one’s own country and very own self. Spilling across the continent, bleeding into the work and thought of European elites, the domination of French risked turning Europe into a vast graveyard of other languages and cultures.

Though it strikes our ears as paradoxical, Herder was both a nationalist and a pluralist. He saw no contradiction between the claims of one’s own culture and those of other cultures.

Appalled by this state of affairs, Herder hurried to the defense of both the German language and the yet-to-be-born “nation” it defined. “Whoever wants to drive out my language,” Herder declared, “also wants to rob me of my reason and my way of life, the honor and laws of my people.” Yet here’s the rub: Herder wrote these words in an essay lambasting Joseph II’s forcing of the German language on Hungarians and other linguistic minorities living under his rule. While Herder was most definitely a nationalist, he was one who marched to a drum very different from the one now deafening us. This proudly parochial German believed, as Berlin noted, “every activity, situation, historical period and civilization possessed a unique character of its own.” For this reason, to subject a particular Volk, or people, to foreign language and set of ideas—especially those that, like French, pretended to be universally applicable—was, in effect, an act of cultural genocide.

The sweeping line that opens Herder’s great work, Ideas About the Philosophy of the History of Mankind, underscores the inclusive nature of his nationalism: “Our earth is a star among stars.” Just as there is no hierarchy of planets, there is no ranking of peoples. No single measure—even one dictated in French—exists by which cultures and peoples can be judged. More so than any other element of the Enlightenment, Herder rebelled against the belief that a single and universal set of laws applied to the world of men no less than the world of things. Instead, he wrote, a nation’s ways and wisdom, language and lore can be measured only against its own standard. Yet with his elusive notion of Humanität—the conviction that all nations are ultimately drawn to certain universal ideals—Herder also suggested there exists a basis for comparison. Nevertheless, while the German and French people are comparable, they are not and can never be commensurable.

Two or three timeless insights follow from the claim of incommensurability. First, it is worse than pointless to parade the greatness of one’s nation, for this implies that there is a single standard. “To brag of one’s country is the stupidest form of boastfulness,” Herder warned. “What is a nation? A great wild garden full of bad plants and good.” Since each and every nation has what he called “its own center of gravity,” each and every one is utterly unique. As a result, no one nation can serve as a standard for another nation—much less have that same nation dismiss it as, say, “a shithole.”

Second, there is no single form of nationalism, or for that matter, populism. To the contrary, they come in different flavors. Clearly, Herder’s nationalism was yoked to his deep and abiding concerns over the flourishing of his own language and culture. Though it strikes our ears as paradoxical, Herder was both a nationalist and a pluralist. He saw no contradiction between the claims of one’s own culture and those of other cultures. Just as the “creator of all things knows no classes; each only resembles itself,” so too must we strive to see and value other peoples not as they fail to resemble us, but as they succeed to resemble themselves. In fact, Herder’s cultural nationalism made him even especially alive to his own culture’s faults. “Our part of the earth should be called not the wisest, but the most arrogant, aggressive, and money-minded,” he wrote.

To see one people ranged against another in bloody battle, Herder announced, is “the worst barbarism in the human vocabulary.” Here we might ask ourselves whether Herder’s outrage is credible. Would he be justified in expressing outrage over the words and actions of today’s populist demagogues? As some critics have argued, Herder’s kinder and gentler nationalism—one that invoked the thousand points of lights illuminating our world—is different not in kind, but only in degree from political nationalism. Like a grasshopper transmogrified into a locust, cultural nationalism can transform into the twinned plagues of political nationalism and violent populism. Just as a sudden change in the environment of grasshoppers can trigger their terrifying alteration, so too is this the case for peoples. A sudden crisis, whether genuine or manufactured, can unleash the darker nature of nationalism.

This year marks the 275th anniversary of Herder’s birth. By its end, we may be in a better position to decide if Herder’s humane vision of humankind turns out to be as fantastic and fictitious as the German folk tales he loved.