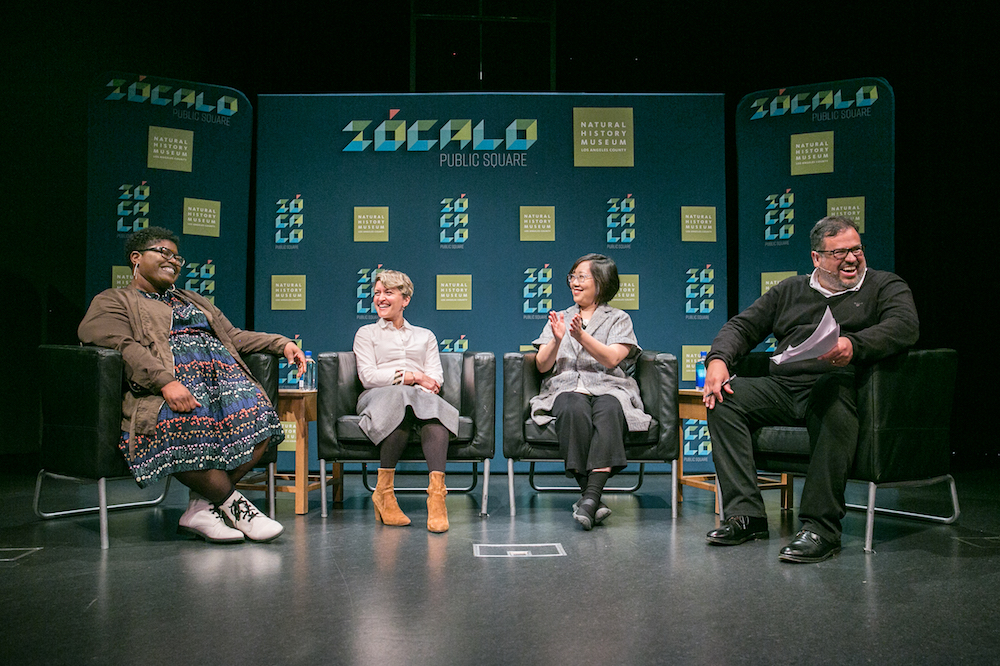 The digital age, once seen as a threat to museums, has actually revitalized such institutions by making the experience of sharing physical space with others and touching actual real objects rarer and more important.

That was the conclusion of panelists, including two museum executives and a futurist who studies museums, at a Zócalo/National History Museum of Los Angeles County event titled “Is the Digital Age Making Museums Obsolete?”

Zócalo Public Square publisher and editor-in-chief Gregory Rodriguez moderated the event, which was held at the National Center for the Preservation of Democracy in downtown Los Angeles. He started the evening by expressing puzzlement over what it means to be a museum these days, listing all the institutions he had visited in the past year that are labeled museums—from the Jefferson Davis Memorial Site in Georgia to the Ateneum Art Museum in Finland to the Harwich Lifeboat Museum in England—and wondering what they really had in common.

Over an hour of fast-paced conversation, the panelists suggested there are dozens of roles that that museums now play, as they struggle, simultaneously, to embrace technological change and provide a respite from it.

“You’re starting to see where museums are not feeling threatened by new technology,” said Nicole Ivy, a futurist and George Washington University public historian who is former director of inclusion for the American Alliance of Museums. Instead, museums are liberated to try new things because your smartphone can deliver so many of the images and facts that always used to be at the heart of museum content. “Museums are really taking up this idea of being experimental,” she said.

Lisa Sasaki, director of the Smithsonian Asian Pacific American Center, said that before the digital age, “museums used to be the quiet places. You weren’t supposed to talk.” But now, she added, “if you’ve got a museum that’s utterly silent … how long are you really going to stay?”

Sasaki, who previously worked at the Oakland Museum of California and the Japanese American National Museum in Los Angeles, said that many museums spent big money on apps and other digital initiatives a decade ago, but have found that such investments are not always useful. “The theory was … by digitizing all the archives and all the paper, we were freeing knowledge,” she said. “What we did was we flooded the internet with databases of images that nobody looked at.”

Sasaki said that museums, after becoming more academic and serious in the 20th century, are now going back to their origins as less specialized places, delivering emotion and wonder. “Museums are places of inarticulate love,” she said, adding: “There was a fear when digital was new that people wouldn’t want to come to your museum anymore, but over time, we’ve found the power of the actual object, the actual place.”

Gretchen Baker, vice president of exhibitions at the Natural History Museum of Los Angeles County, recalled that, a few weeks ago, her museum was free to all, and so she joined other staff in helping large crowds navigate the place. “The question I got all day long… was ‘Is that real? Is that real?’”

People could not believe they were touching real fossils, real rocks, real objects. She found herself wondering if that feeling—I can’t believe you’re letting me touch this—“is amplified because we’re so used to digital.”

Museums, after becoming more academic and serious in the 20th century, are now going back to their origins as less specialized places, delivering emotion and wonder.

At the same time, Baker said that museums are doing more with technology, and companies often are pitching the museum on virtual reality and other new technological ways to tell stories. One recent virtual reality pitch was designed to make you feel like a seed in the rain forest that grows into a tree, and then is brought down by fire.

But such technologies aren’t cheap, or always necessary. Studies of visitors, she said, shows that people are coming to the museum “to spend time together. They are coming to have a social experience. And now you’re plugging them into a headset.”

Ivy, the George Washington University public historian, talked about getting married in a museum (the Fleischer Art Memorial in Philadelphia), and said the digital age, by giving museum visitors a computer they carried in their pocket, had “put pressure” on museum curators to “open up the idea of expertise” and take chances. Ivy said museums should do more listening, to visitors and to their own front-line staff members who interact with the public.

During the question-and-answer session with the audience, the panelists discussed the power of museum donors, the challenges of communicating with younger people, and all the new entities now call themselves “museums.” (A recent pop-up, the Museum of Ice Cream, was mentioned).

Popular culture, the panelists noted in response to one audience question, had also drawn people into museums. The Ben Stiller film Night at the Museum led museums to open up for overnight slumber parties.

And the museum scene in the film Black Panther, when a main character takes back an artwork stolen from the ancient and fictional Wakanda, had a big impact on museums, bringing popular attention to questions about how museums have obtained and displayed artifacts from various parts of the world.

“That opened up museums,” Ivy said, “as a place of controversy.” 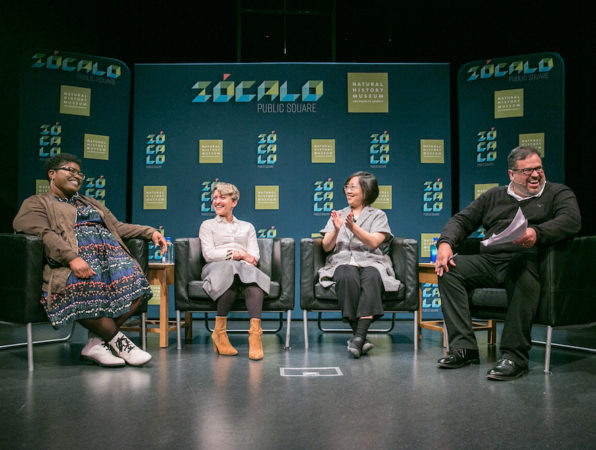 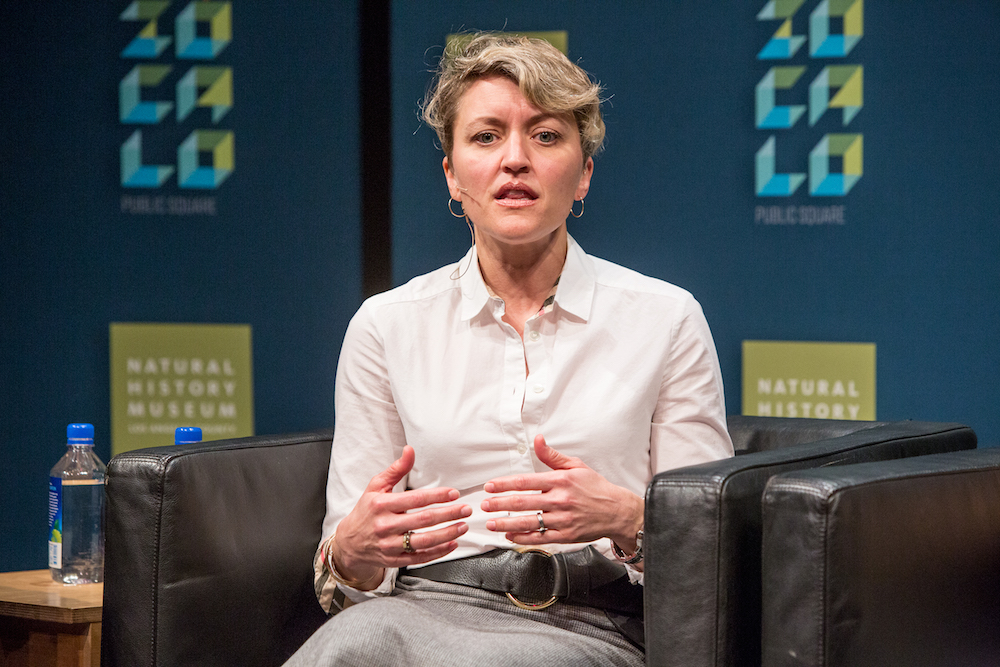 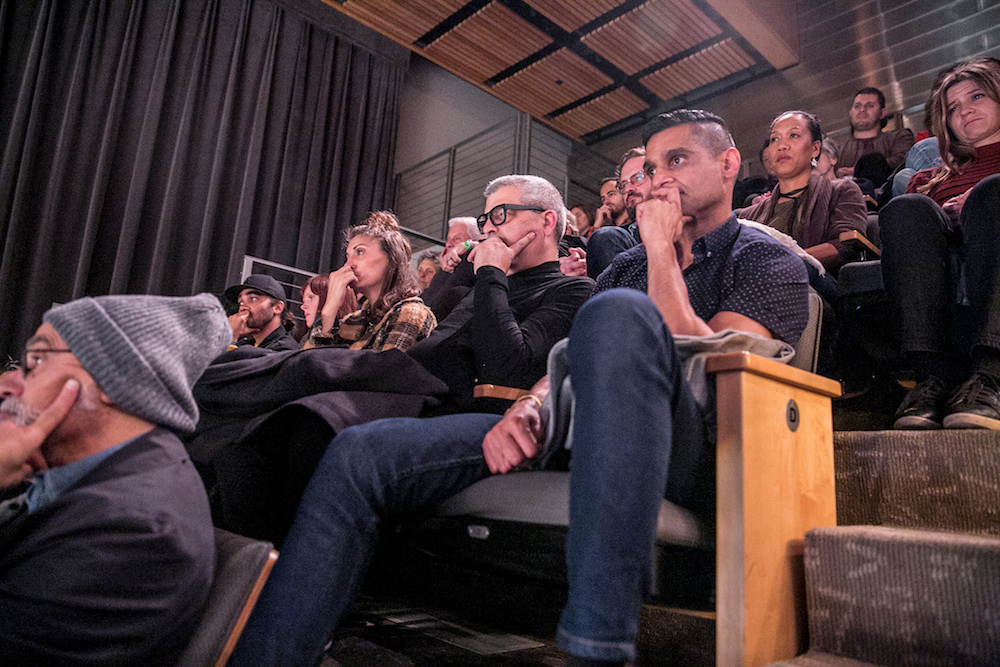 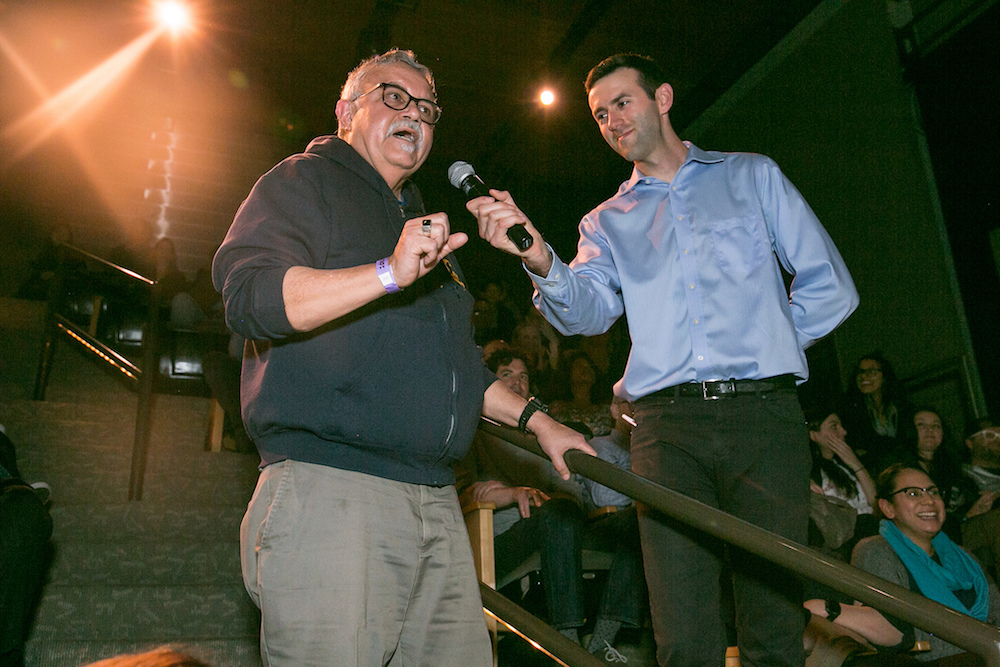 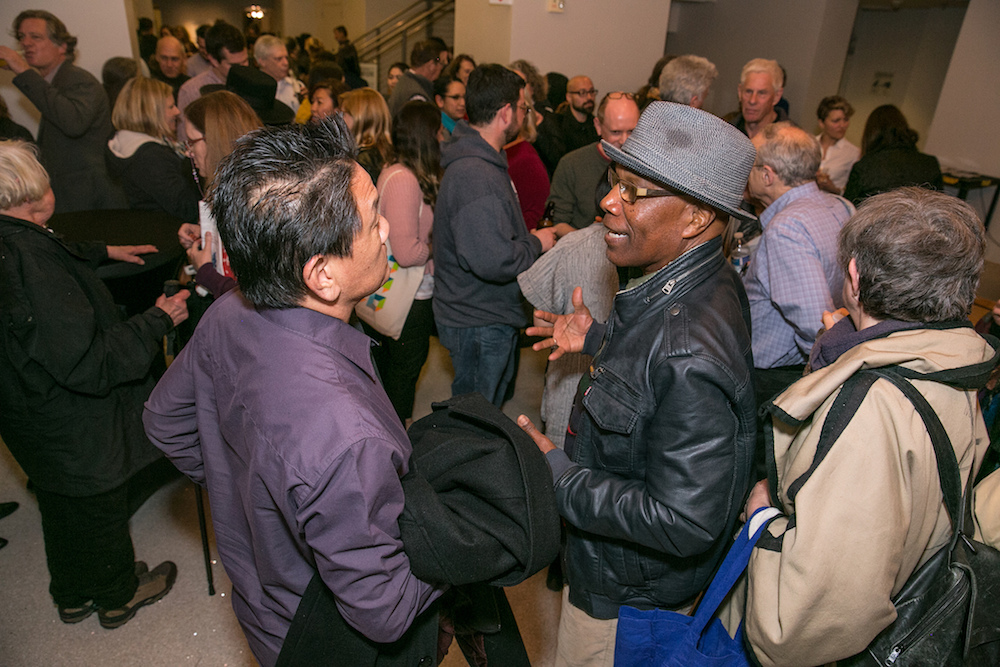 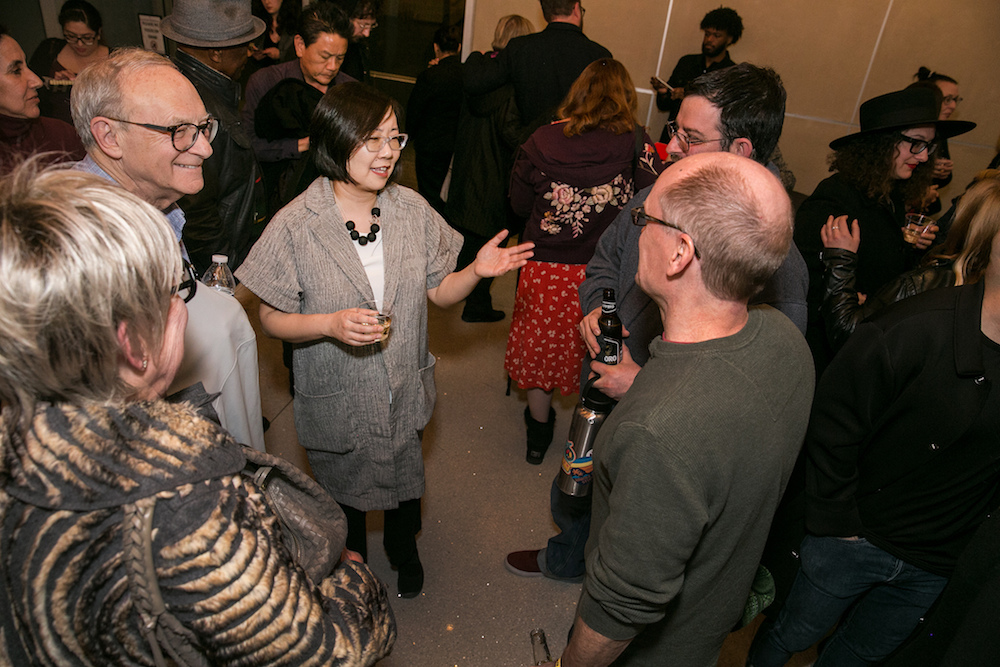 Lisa Sasaki, director of the Smithsonian Asian Pacific American Center, speaks with guests at the reception.