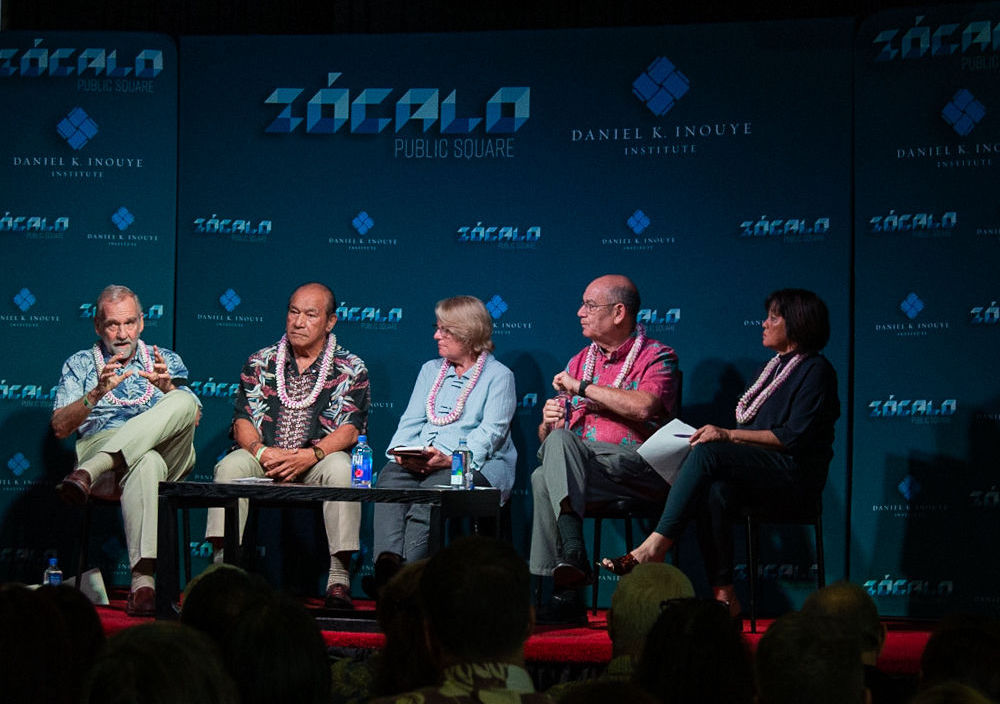 Rapidly rising tourism in Hawai‘i and around the world poses new and complicated economic, environmental, and cultural challenges that in turn will require better management and well-designed restrictions on visitors, said panelists at a Zócalo/Daniel K. Inouye Institute “Pau Hana” event titled, “How Much Tourism Is Too Much?”

The discussion, before a standing-room-only audience at Artistry Honolulu, explored the problem of “overtourism” in locations from Diamond Head to the Croatian city of Dubrovnik. The panelists argued for a greater emphasis on developing higher-quality tourism, rather than merely marketing to draw greater quantities of tourists.

The moderator, Catherine Cruz, the host of Hawai‘i Public Radio’s “The Conversation,” started the evening by noting the state is projected to welcome 10 million annual visitors for the first time in 2019. Then, referring to reports of overcrowding and conflict at many popular island tourist sites, she pressed panelists on whether today’s tourism is too much of a good thing.

Frank Haas, marketing consultant and former vice president of tourism marketing at the Hawai‘i Tourism Authority, said that “10 million visitors is too many visitors if it’s not well-managed, and we haven’t done that good a job of it.”

Not only do tourists put stress on specific places, but the issue of quality becomes a concern, as more tourists come while many of them spend less money. Today, tourism has the same economic impact in the state as it did in 1989, only there are 3.5 million more visitors now. He argued for using data and developing new metrics (like visitor satisfaction and resident satisfaction) to judge how tourism is doing and to target demographics—like corporate visitors and honeymooners—who spend more money in Hawaii, particularly on local businesses.

Haas said such different ways of thinking have been long been suggested, but mostly ignored. “The discussion here tonight and all the people here at this event says maybe the times are changing, and maybe the stuff we’ve talked about for years will finally get some traction. Enough is enough.”

Peter Apo, a cultural tourism specialist and former Office of Hawaiian Affairs trustee who has long been a figure in politics and media, said that the original model for tourism to Hawai‘i allowed for real connections between visitors and local people. In earlier days, people arrived by boat, there were few hotels, and “the way you found out what was going on, you talked to local people.”

But modern tourism and all its infrastructure separates visitors from local people, leading to alienation between native Hawaiians, whose culture has long drawn people to Hawai‘i, and tourists. Tourism-related development has overwhelmed Waikiki for example, robbing it of its feeling of being a unique place. And he said that connections between people and places needed to be at the center of efforts to honor the spirit of aloha.

“There’s this huge wall of commerce that separates the host from the hosted,” Apo said. “How do we get back to allowing local people to honestly express themselves to a visitor, in a way that you don’t have all this stuff in between?”

These are problems not just for Hawai’i but for tourist destinations around the world, said Martha Honey, executive director of the Center for Responsible Travel. On a visit to Barcelona last year for a book she’s editing on overtourism, she found the city was subject to a “perfect storm” of cruise tourism, Airbnb growth, cheap flights, and “selfie culture,” with young people coming just briefly.

Such tourism brings lots of people, but not enough spending to support all the visitors. “All these kinds of tourism are not leaving much behind in the destination, but they are filling it up,” she said.

The good news, Honey said, is that the city government has responded with new plans and strategies to limit low-quality tourism. Other governments around the world need to be similarly assertive, she argued, rather than leaving questions of tourism to the industry itself.

In Europe, she said, governments have been working to shift tourism towards less well-known, more out of the way places, to take pressure off of cities like Venice. Requiring advance reservations to access popular public sites is another proven strategy. But it can be harder to develop government tourism strategies in the United States, which she called “an anomaly” in that it has no national minister of tourism, as many other countries do.

John Knox, a former president of the Hawai‘i Economic Association and a public policy researcher who studies tourism, said he was struck on a recent trip to Iceland both by the volcanoes and by how closely that country’s problems with tourism resemble those of Hawai‘i.

But Knox emphasized that limiting tourism, while necessary, will be tricky, and require careful planning and collaboration between the many disparate stakeholders who are involved in tourism. There will also have to be different plans to fit different tourist sites that are under strain, and such limits will require spending on enforcing new rules.

During a question and answer session, audience members pressed the panelists on the need for tougher restrictions on where tourists can go and what they can do. One audience member said he was originally from Mallorca, one of Spain’s Balearic Islands, which have even more tourists than Hawaii. After seeing annual visitors surpass 16 million, the government capped the number of beds and imposed a daily tax on each tourist. Shouldn’t Hawaii consider similar restrictions, he asked?

Haas cautioned that under the “pesky constitution” of the United States, Hawai‘i can’t restrict the freedom of movement or visitors so bluntly. “We can’t throw people off the airplane,” he said. Haas said that the state could have more coordination, and create an entity with greater authority to make plans around tourism. He even floated the notion of a “tourism czar” for the state.

“We need to act before there’s a crisis,” he said, and added with a smile: “I did some work in Morocco and they have a king, and it’s actually a pretty good model,” at least when it comes to tourism.

Honey noted that other places in the world that have imposed caps on visitors—she mentioned the Galapagos Islands—have found that it’s not sufficient. There has to be management of the visitors to reduce impacts on local communities and the environment. Honey repeatedly expressed surprise that Hawai‘i communities have not adopted some of the limits on Airbnb and short-term rentals that other global tourist destinations have.

Knox said there needs to be more collaboration and more listening to local concerns about tourism. While people on Kaua‘i have been trying to limit daily visitors, the state transportation department has taken steps to allow more people to fly to the island.

And Apo regretted that the state, in an effort to support so many tourists, was becoming more and more dependent on imported food and supplies that have to be flown in. 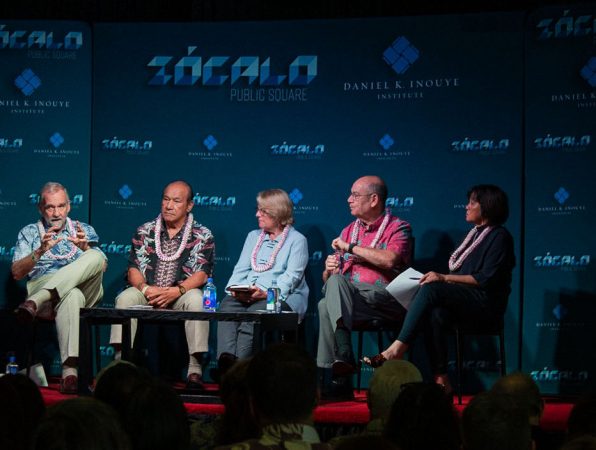 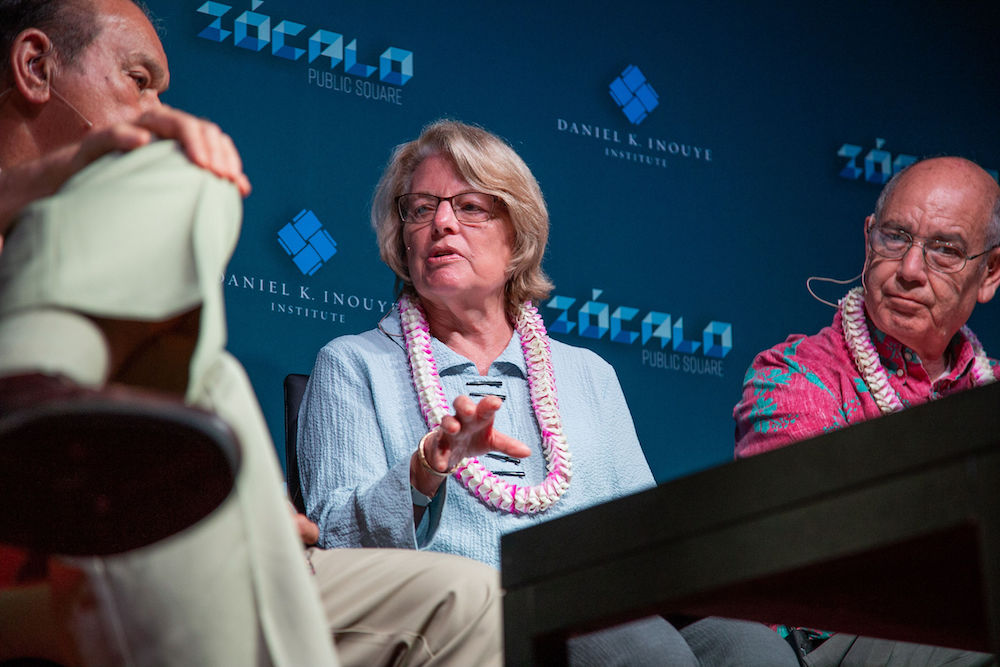 Martha Honey, Executive Director of the Center for Responsible Tourism, in Honolulu. 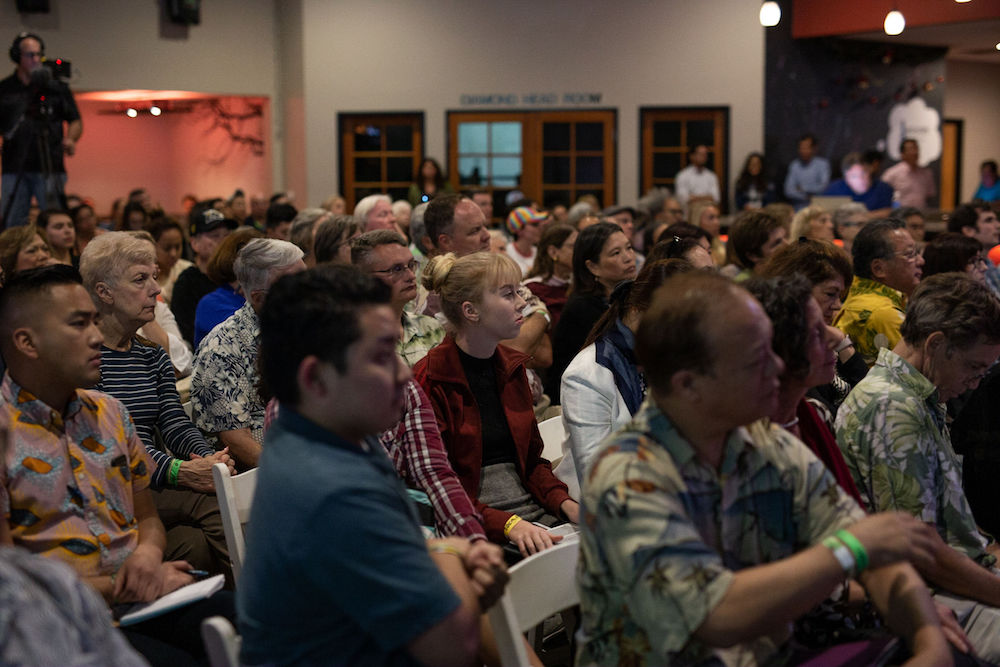 A packed house at the Artistry Honolulu in Kaka'ako. 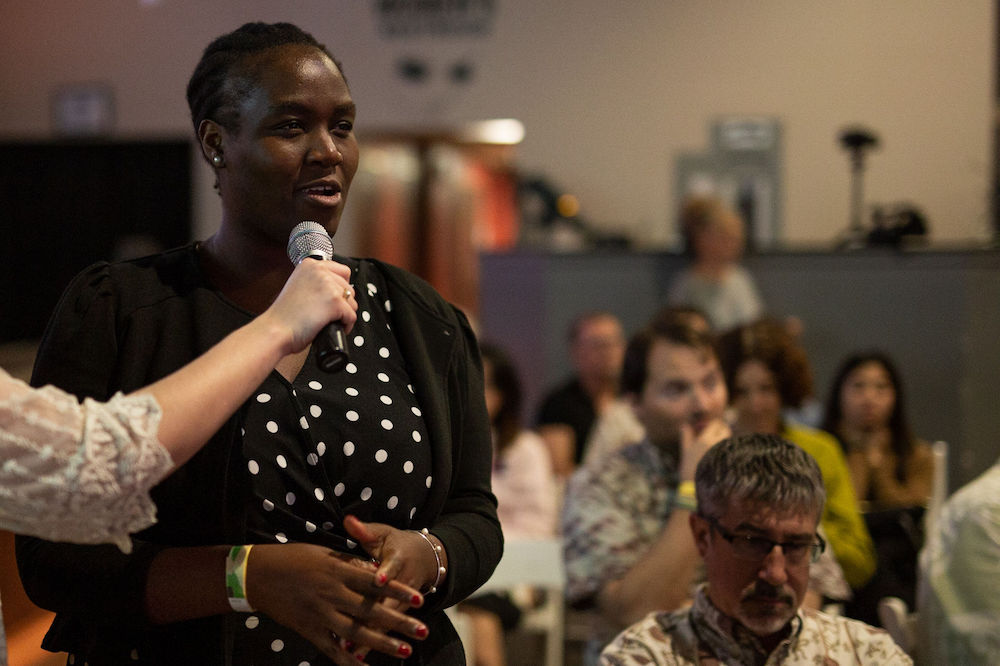 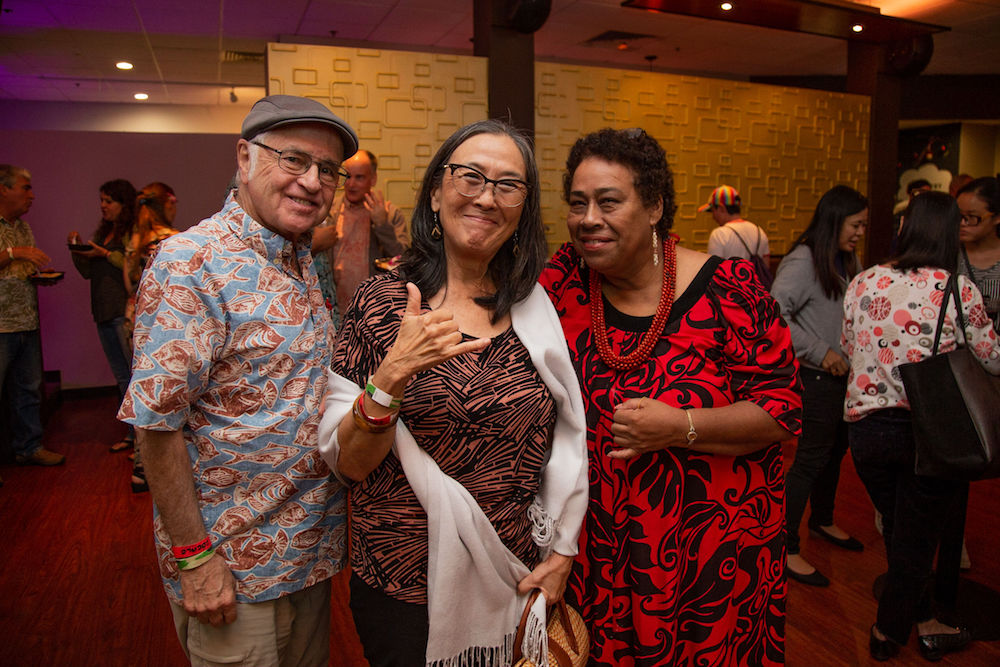 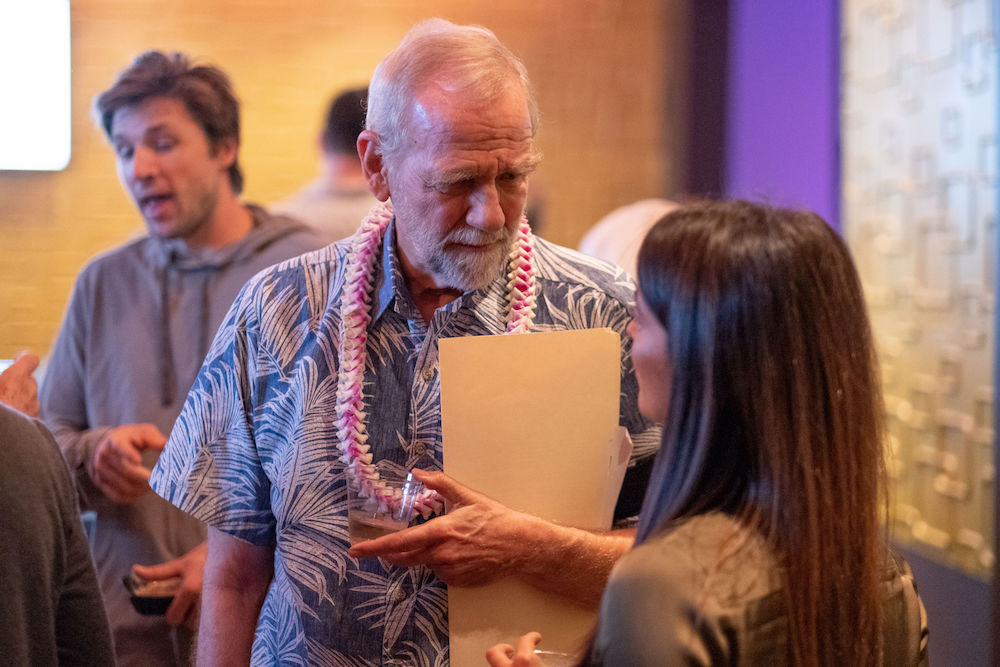