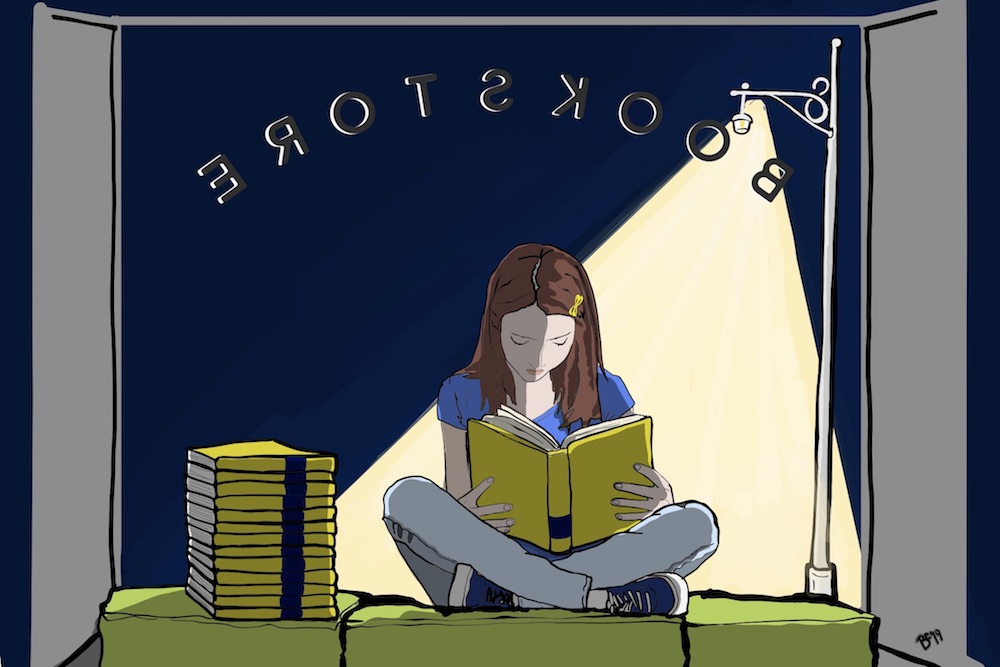 Parkersburg, West Virginia, where I grew up, sits on land that was once home to the Shawnee and later belonged to George Washington. After killing Alexander Hamilton during a duel in 1804, Aaron Burr holed up at a mansion a mile away on Blennerhassett Island, embracing a mission to commit high treason or liberate Mexico, depending on how you bake the facts. A century later, Mother Jones was jailed in town. For the first years of my childhood, it seemed like nothing important had happened in the decades since, except maybe my parents’ divorce. Lucky for me, I was an introvert and a reader. But there were never enough books. 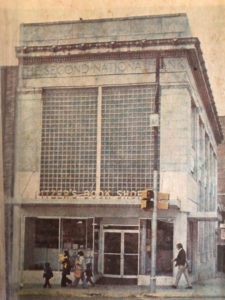 My earliest memories of books as treasure come from preschool visits to our Carnegie Library, a wonderland of opaque glass-brick floors, huge columns, and a spiral metal staircase. I fell in love with Maurice Sendak there. The plain but modern Wood County Library across town replaced it when I was in fourth grade. I would dart downstairs to sneak books from the stacks of adult fiction, running evasion maneuvers to avoid the lone librarian who tried to limit children to kid lit. (Reader, I harried her.)

Meanwhile, my father’s mother had been working at a local bookstore downtown. Not long after my parents split up, she and my grandfather bought the store in the heart of the fading business district and moved it just blocks away into the soaring vault of a former bank lobby. They kept the open ground floor and added a wide staircase with an upper balcony overlooking it on three sides. When they incorporated the place as Pitzer’s Book Shop, I was seven years old.

While my grandparents renovated the building, Gore Vidal’s Burr, a 1973 novel about the third vice president of the United States, had been high on the bestseller lists for more than a year, and Vidal was still making the rounds to support his book. He talked to The Paris Review and lobbed grenades at Mike Wallace for 60 Minutes. Because of our proximity to Burr’s Blennerhassett Island hideaway, Vidal also came to Parkersburg. My grandparents donated the programs for his talk at a local high school and hosted a book signing for him. 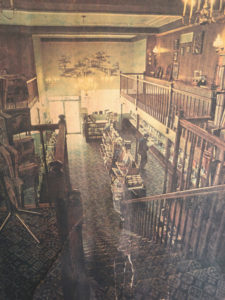 At one point in the 60 Minutes segment, the crosstown high school band inexplicably marches in and performs with a choral group surrounding Vidal. Wallace describes Vidal as a “dilettante anthropologist” who sees himself as “casting his pearls before the provincial folks at home.” Now 93 years old, my grandmother recently recalled the signing—and Vidal’s reputation. “People warned me he might be snotty,” she said. “But really, he was as nice as anything.”

I don’t remember seeing Vidal on his visit, but the same year, my grandparents started feeding me material without any literary pretensions: Nancy Drews, one or two each holiday and birthday. There seemed to be an endless number of them in their marigold-yellow spines, and part of their beauty lay in the fact that there were always more to read.

I continued to pull in a biweekly haul from the library, and even occasionally bought books at the chain store in the local mall. (It didn’t occur to me to think of it as heresy, not realizing what was at stake.) Still, the bulk of my book attention and money were saved for visits to my grandparents’ bookstore. Between the library, family gifts, and whatever I could buy with earned money, I was no longer short of material.

I spent half my family holidays disappearing downstairs to read in the closed store. As long as I took care not to crack the spines, I could stand on the carpet in the streetlight that shone through the plate glass windows and browse anything.

It was the greatest fortune of my childhood that I ended up with all the stories I could devour, not least because my mother remarried. My life went from one in which not much was going on to one in which far too much happened. I learned that there were people in the world who would pick you up by your hair, who would hit you with a belt, or line drive a dish of peas through a windowpane in the middle of dinner without warning. It was surprisingly easy, from a child’s perspective, to suddenly find yourself owning one pair of jeans that had to last two years, living without electricity, and losing a house to bankruptcy.

Through this decade of chaos, there was never a time I couldn’t go into the bookstore. My grandparents had built themselves an apartment on the top level, with interior back steps leading to a rear entrance to the shop. I spent half my family holidays disappearing downstairs to read in the closed store. As long as I took care not to crack the spines, I could stand on the carpet in the streetlight that shone through the plate glass windows and browse anything.

But I also found meaning in books whose worlds were more adult or explicitly cruel—more like my own. “There’s something in you that’s like biting on tinfoil,” said one character in Stephen King’s The Stand, a line I’ve remembered for the 40 years since I first read it and thought, “Yes, I’m like that, too.” 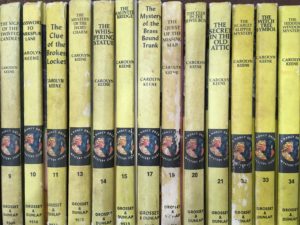 I devoured grotesque horror novels like Kenneth Mckenney’s Moonchild, about a child monster born on the last day of February during a super leap year, and The Legacy, a novelization of a gothic film starring … Roger Daltrey. Though I would never have been allowed to watch the movie, I still recall the passage in which a young woman drowns as the surface of the pool she’s swimming in suddenly (demonically!) solidifies.

Other books were pure escape. Sometimes I even began to feel the strange pull of art, as surprising structure or language flared in my fevered brain.

Vanishing into the back office to read when the shop was open, I doubt I made any sense to my grandmother, who thrived on the social exchanges at the heart of owning a small business and whose reading interests rarely overlapped with mine. She and I didn’t talk books deeply, and I never spoke to anyone about the violence and misery at home until I was an adult. But she could see that for my own reasons, I loved the place that meant so much to her.

The bookstore sealed what might have been a less likely occupation under other circumstances. But my transformation into a writer was not at all mystical. I remember meeting Allan W. Eckert, the author of Blue Jacket: War Chief of the Shawnees and Incident at Hawk’s Hill, at another signing. Eckert had also written hundreds of episodes of Wild Kingdom, which I watched every Sunday. He was no Gore Vidal, but I thrilled to the idea of one day doing what he did. “That guy writes, and he looks like anybody,” I thought. “I bet I could do that.”

I started composing poems and stories soon after. By the end of 1978, I was a 10-year-old with plans to leave town and become an author.

Pitzer’s Book Shop closed nine years later, a victim of the mall bookstore and a declining downtown. By the time that particular dream ended for my grandparents and for me, I was in my second year of college, living hundreds of miles away.

I was not yet entirely safe, but without my knowing it, the alternate universes I found inside the bookstore had carried me through the worst of my tribulations. You can’t rely on anyone to save you; the odds are good they won’t even realize you’re drowning. But every now and then, someone hands you the means to save yourself.