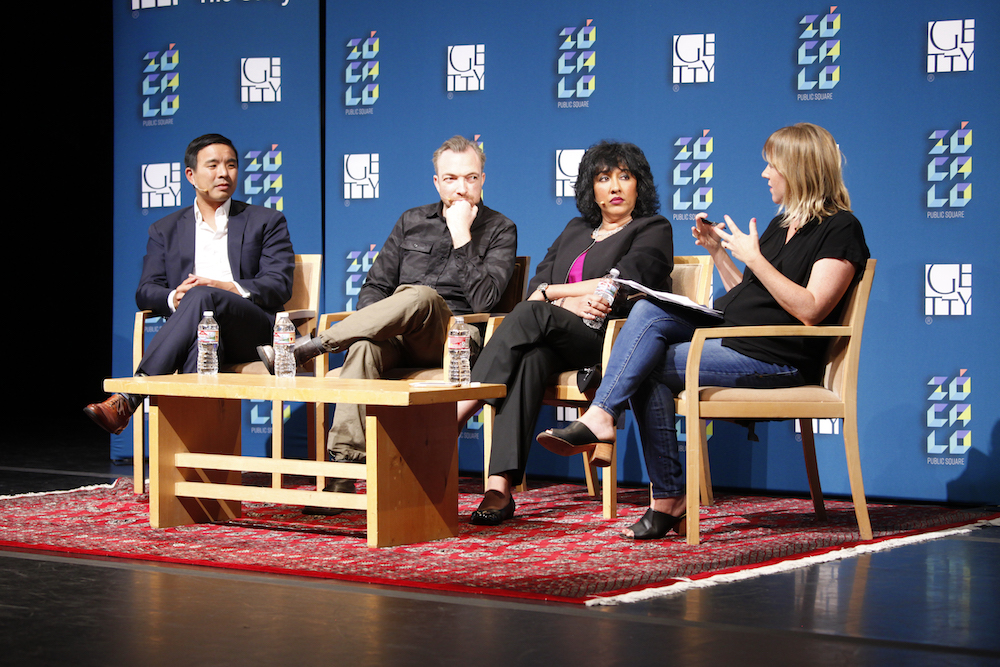 This enduring query brought together a group of panelists that moderator Edan Lepucki called “the most interesting dinner party I’ve ever been invited to” for a Zócalo/Getty event before an overflow crowd at the Getty Center in Los Angeles.

Lepucki, author of the post-apocalyptic novel California, stressed that addressing the event’s title question—”Is Civilization on the Verge of Collapse?”—starts with defining what type of civilization we are talking about. One panelist, University of New South Wales global biosecurity scholar Raina MacIntyre, said it’s clear that our concerns about collapse are centered on technological civilization, which she described as “a fragile ecosystem under threat for a lot of reasons.”

SCI-Arc speculative architect and futurist Liam Young said that “civilization has always been collapsing,” for somebody.

The question, Young said, begs another: Just how long can we go on living with the luxuries we enjoy? We’ve set up the planet as a sort of “global conveyor belt to deliver luxuries for our life,” Young said. So, the futurist urged, we should be asking ourselves where the resources that support this world—precious metals like lithium—are coming from and for how long we can rely upon them. “A collapse is probably due,” he said.

The fear of technology is common in our modern world, and for valid reasons. MacIntyre noted that the creation of deadly viruses is a real threat; the technology to create smallpox—a disease we consider eradicated—was published in a scientific journal and can be accessed by nearly anyone, she said. So how do we regulate such knowledge and what role do our governments play in regulating it?

Lepucki pointed to the research of MacIntyre which emphasizes the fact that our laws cannot keep up with technology as it evolves so rapidly. This is why it’s so important that we be prudent and careful consumers of the technology in our lives. When thinking about technology, Young said, it’s important to ask ourselves, “are we customers or citizens of our cities?”

In our technologically sophisticated and globalized world, there are any number of dangers to civilization—from nuclear bombs to biotechnology to climate change—we have “so many balls in the air, any one of which could fall and destroy everything,” Young said. Another panelist—Jonathan P. Wong, RAND Corporation defense policy researcher and a former U.S. Marine—explained that one of the problems of big bureaucracies like the U.S. government is that they are designed to “regularize and systemize processes” and don’t do well at dealing with new threats and chaotic situations posed by technology.

Of course, this isn’t the first time we’ve worried about the world collapsing around us. Wong had the opportunity to look at the notes from some of the “brightest minds” during the Cold War as they contemplated the threat of nuclear war, and they “were certain that we were going to end in a giant fireball.” However, that “hasn’t happened yet,” he said.

Young’s recent book, Machine Landscapes: Architectures of the Post-Anthropocene, is concerned with what the post-Anthropocene world may look like. The Anthropocene age is the age we are currently in, where humans are a dominant force and “are shaping our earth,” Young said. A post-Anthropocene world, he said, is one in which the machines created by humans are the forces reshaping the world. Such a world might have “human exclusion zones,” he continued—for example, the servers of tech giants like Facebook might be areas humans aren’t invited into and cannot enter.

Wong said that while the world we are entering can seem like a terrifying one, the fact that we can discuss hard questions about this future—at events like this very panel—is a hopeful sign. These vital questions about the human future, and the post-human future, “should be a call to arms and a rallying cry whether or not you’re at a think tank, a biosecurities agency, or you’re a Hollywood producer making a film with Dwayne ‘The Rock’ Johnson,” Young said.

Wong had the opportunity to look at the notes from some of the “brightest minds” during the Cold War as they contemplated the threat of nuclear war, and they “were certain that we were going to end in a giant fireball.” However, that “hasn’t happened yet,” he said.

MacIntyre said there are plenty of reasons to fear the technological networks we’ve created. For example, she said, the dark web has created the opportunity for nefarious interactions and collusion between organized crime networks and terrorist organizations. But look on the bright side: Humans can use these same networks to organize themselves to “protest a president or rally around climate change” at scales never before seen in human history, Young said. “If we point the network and these technologies in the right direction we can act at scales that might actually mean something in the face of the scale of these problems,” he said.

If civilization as we know it were to collapse, what would that world look like? MacIntyre said those from rural and remote areas would have the better chance of survival because they are generally more resilient than city dwellers who rely on Wi-Fi, cars, and gadgets to get by in their everyday lives. Without technology, she said, the Earth could only support 1 million people.

Lepucki asked the panelists if there would be any pleasures or surprises from a technological collapse. And while the panelists agreed that a life where we aren’t beholden to our phones and email would have its pleasures, we would lose large swaths of knowledge as much of our knowledge is stored digitally.

During the question-and-answer session with the audience, one attendee said he believed that humans do not have an inherent desire to harm one another, and wondered if the belief that many hold dear—that procreation is the fundamental purpose of human life—needs to be changed?

While MacIntyre was not sure of how or if we need to change this narrative of procreation, she stressed that one problem we face as a civilization is that “human nature is selfish, people are corruptible, and very few people live a truly good and honest life.”

“People can be easily swayed to do the wrong thing,” whether it harms the planet or other people, she said. Unfortunately, “this is the story of human history (but) we must think about the consequences of our actions globally.” 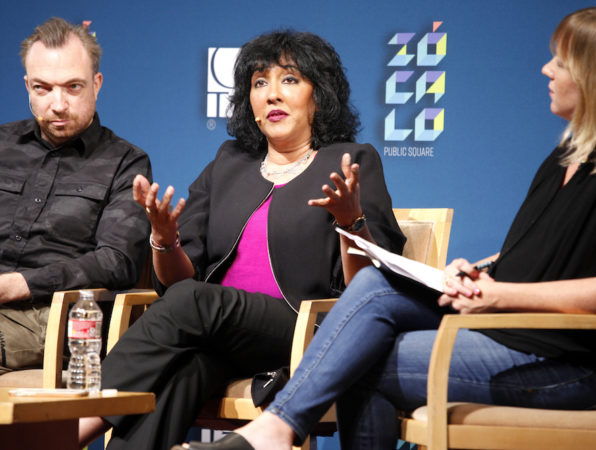 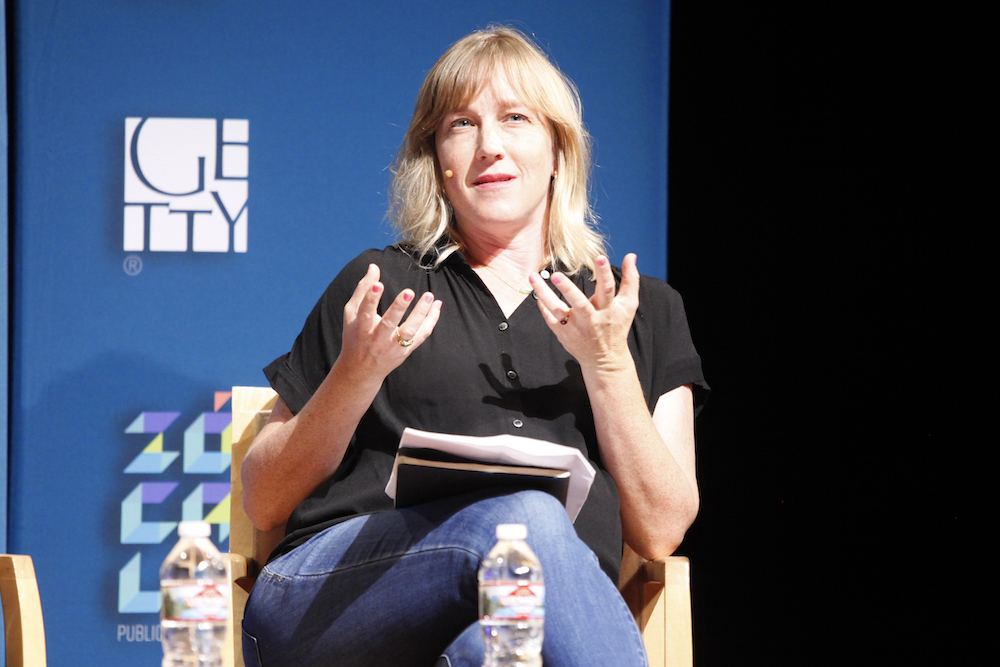 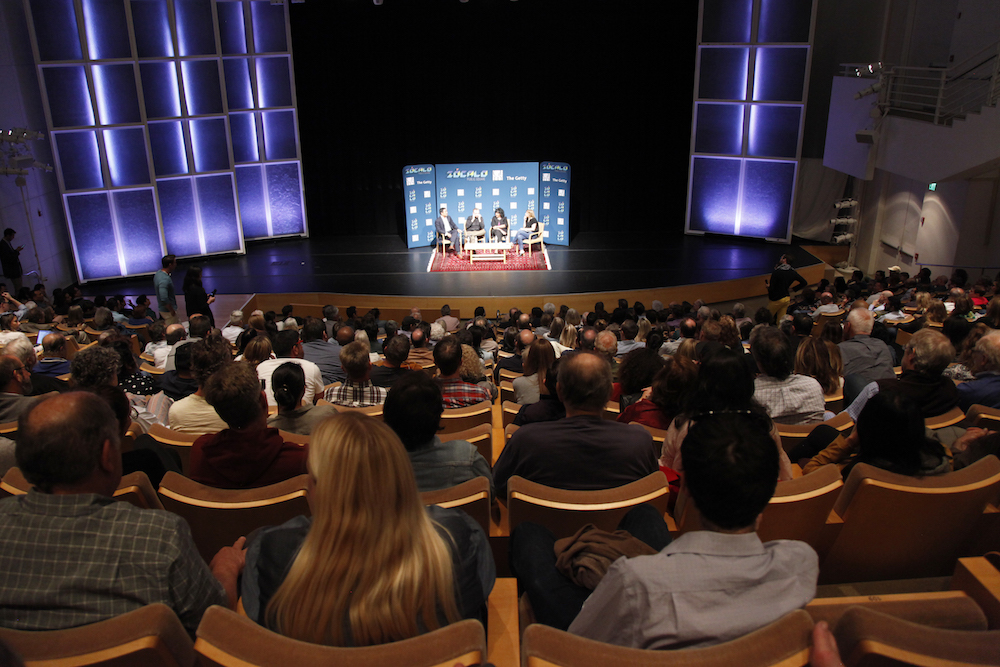 An overflow crowd at the Getty Center in Los Angeles. 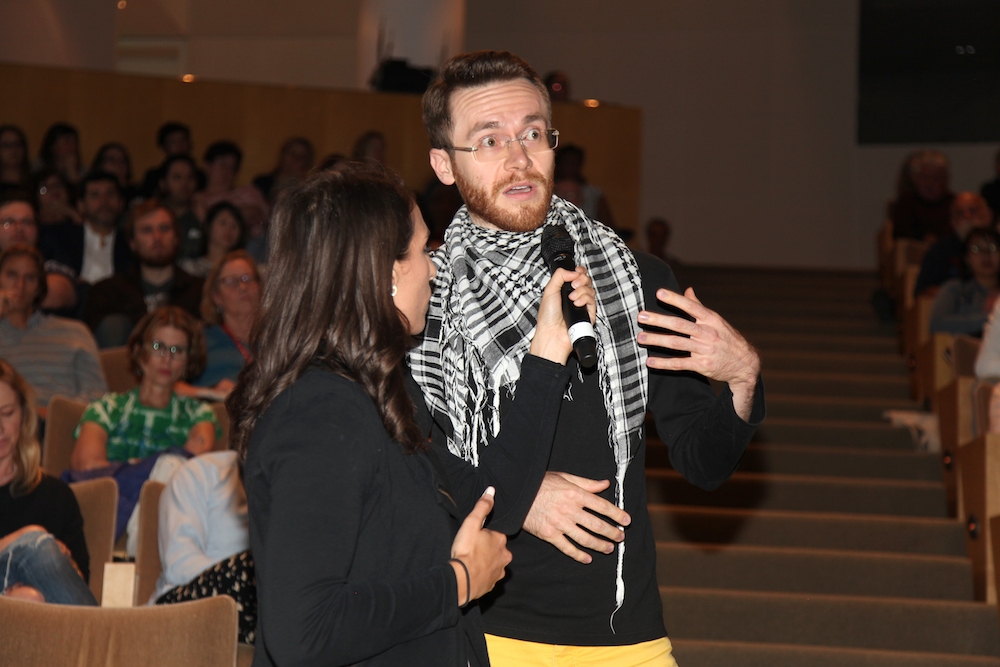 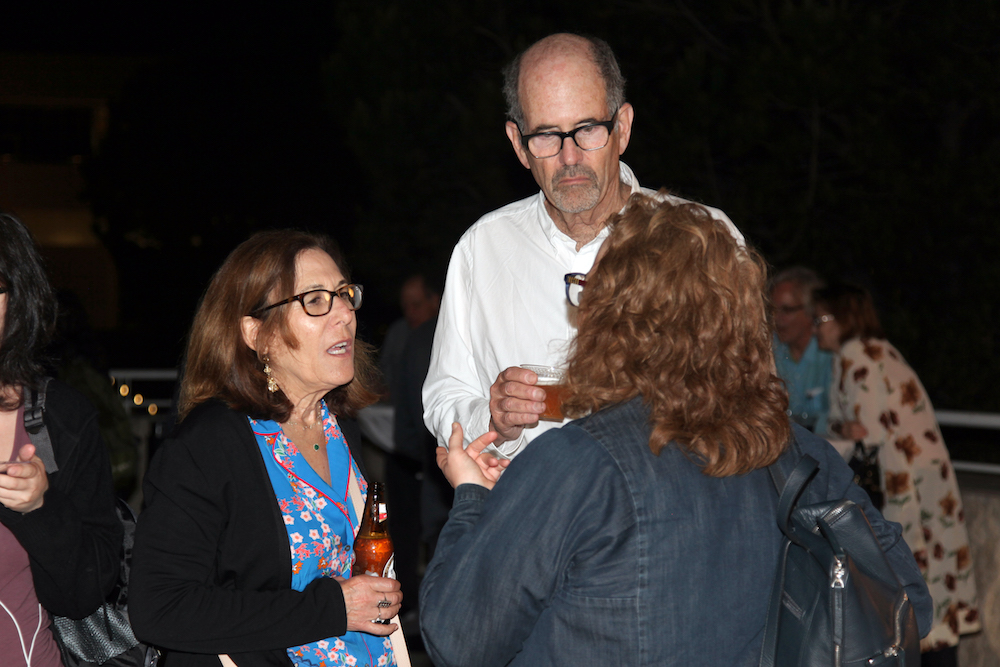 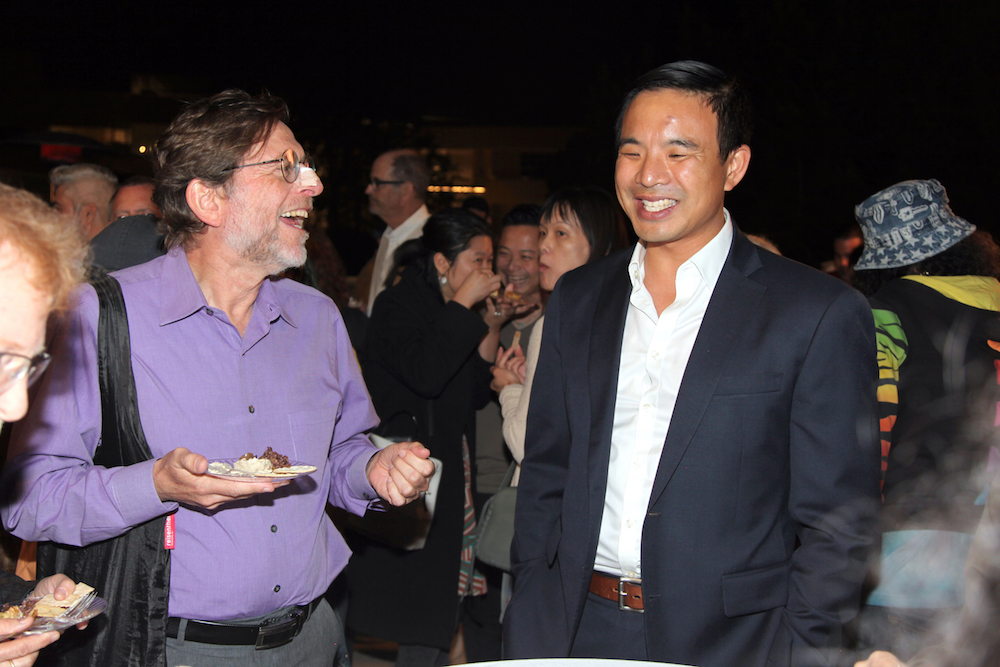