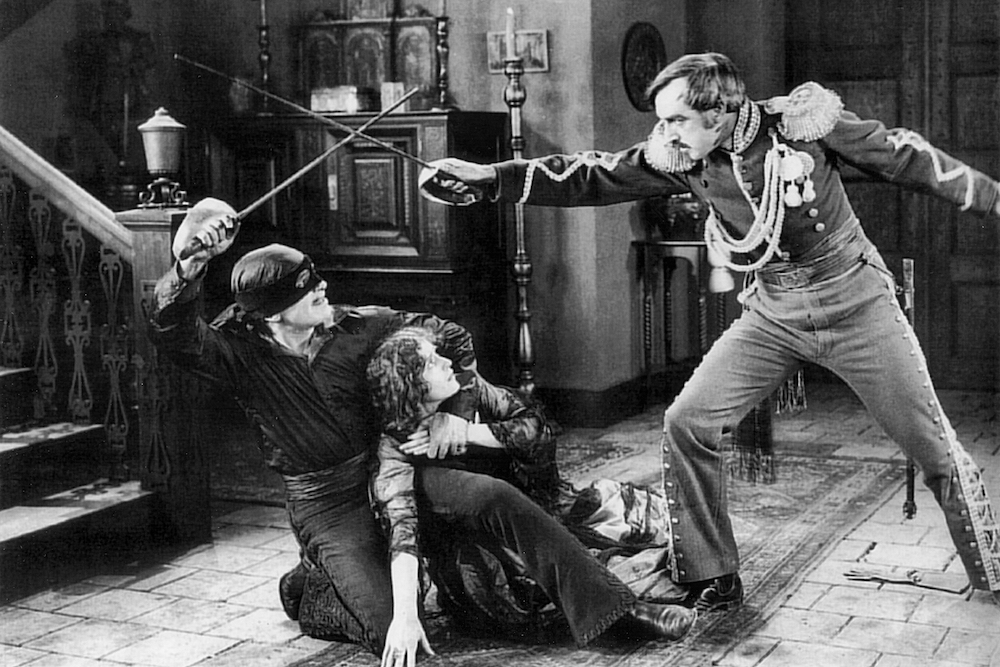 By the 1920s, the standard-bearers of the Hollywood film industry had taken to speaking about movies in the loftiest terms—as saviors of humanity. Leading star and producer Douglas Fairbanks declared, “Pictures let us know each other. They’ll break down the hard national lines that make for war and suspicion.” Will Hays, president of the industry’s trade organization, said in 1925, “the motion picture may be … the greatest instrument humanity has yet known for the bringing about of understandings between man and man, between group and group and between nation and nation.”

That the Hollywood titans were wrong about all this is a historical fact as fundamental as World War II. But Hollywood’s 1920s triumphalism shouldn’t be discarded. Indeed, it can’t be, because it has endured to this day—as a script for talking about technology, communication, and social relations.

From television to social media, the partisans of each wave of new, or emergent media have been able to adopt wholesale the essentially gnostic idea systematized by people like Hays and Fairbanks: that difference of location, language, and culture is a corruption of an original, or intended state of unity, which can be broken down or overcome by more powerful technologies. That this dream of perfected communication has proven to be imperialistic, indifferent to ethics, and hostile toward less powerful individuals and groups hasn’t made it any less seductive.

Back in the 1920s, it was the silent character—or perhaps more accurately, mute character—of Hollywood films that made plausible the premise of cinema as a universally accessible power. Hollywood didn’t immediately advance this idea. Originally, the American film industry had presented itself as a purveyor of mere entertainment, shying away from controversy after producing a series of films about sexual slavery in 1913 and 1914. Although producers advertised these films as exposés of social problems and as pleas for moral reform, they were widely condemned as indecent and met with calls for censorship. From this experience, the industry drew the lesson that it should steer clear of social and political debates and devote itself to the benign mission of entertaining the public through diverting fictions.

When in the 1920s the studios began to talk about their products as “more than an entertainment feature,” they did so on a much grander scale, openly embracing the idea that movies could be educational and morally uplifting. Proponents of visual education had long been touting films as substitutes for textbooks in biology, history, and other classrooms. But this was a different proposition: that the standard fictional, feature-length, narrative film (regardless of its particular subject matter), innately promoted a higher state of consciousness. This argument drew on screen education advocates’ belief that visual images have a special power to act directly on the mind, in support of a larger idea: that the medium itself—technologically reproduced moving images exhibited and consumed on a mass scale—was a “world force” for good, as public relations pioneer George Creel put it.

Utopian prophecies about new communications technologies were not new, even then. As early as the 1840s, proponents of telegraphy hailed its ability to eliminate the physical and metaphorical distances separating human beings. And pronouncements like those by Fairbanks and Hays tapped into a number of intellectual currents in early 20th-century America: from the New Thought, with its treatment of spiritual “energy” as a measurable, scientific phenomenon akin to electricity; to the new liberalism, which championed mass media as a means of forging collective consciousness; to the first literary and philosophical meditations on cinema, which treated screen images as the “hieroglyphics” of a new civic religion.

The triumphalist language of 1920s Hollywood reflected the industry’s increasing confidence in its cultural authority. With the emergence during the mid-to-late 1910s of the so-called “classical” style of film narrative and the construction of bigger, more opulent film theaters—the movie “palaces”—cinema seemed to have come into its own, not only as the dominant form of popular entertainment in the United States, but also as a legitimate art form. And the Hollywood studios broadened their international reach, especially in lucrative markets like Germany and France, where World War I had disrupted domestic production. By 1927, the industry could boast that 85 percent of the world’s motion pictures were made in the United States.

The Great War, in addition to presenting the opportunity for more film exports, revealed that the globe was the ultimate social and political horizon. Hollywood utopian discourses about film are filled with Wilsonian hopes that World War I would end all wars and that some kind of supranational political body would emerge in its wake. Indeed, one recurring and esoteric idea in the rhetoric of movies-as-world-force was that the mission of the League of Nations would best be taken up by some kind of global film production enterprise, “developed through a union of motion picture screens,” as Sydney Cohen, president of the Motion Picture Theatre Owners of America, characterized it.

These utopian visions also had a practical purpose: defense of the industry itself. After a series of high-profile scandals involving film stars in the early 1920s, Hollywood was being vilified as a morally corrupting influence and faced calls for greater censorship and regulation. In 1922, Hays was hired to head the newly created Motion Picture Producers and Distributors of America where he mounted a public relations campaign intended to restore public trust in the studios. To portray the very medium of film as a juggernaut turning the hearts and minds of human beings toward peace was to make any particular instances of morally questionable content seem insignificant—and any effort to restrain the work of film producers seem misguided.

Movies, Hays was fond of saying, spoke an “Esperanto of the Eye.” He borrowed the phrase from That Marvel—The Movie, a curious 1923 book by Edward Van Zile, part history and part prophecy. With terrific understatement, Hays praised Van Zile in the introduction he supplied for the book for treating “the motion picture as more than an entertainment feature.” More than entertainment, indeed: Van Zile went so far as to declare that the movies were humanity’s sole hope for salvation from the looming catastrophe of global warfare.

Under Hays’s leadership, the industry did not just seek to rehabilitate its public image. It also embraced the nascent field of public relations’ theories about the propaganda potential of mass communication media. The industry increasingly sought to portray entertainment itself as a basic necessity—a form of spiritual sustenance made even more essential by the rigors of modern, industrialized life—and geared its operations toward serving this public good.

Indeed, one recurring and esoteric idea in the rhetoric of movies-as-world-force was that the mission of the League of Nations would best be taken up by some kind of global film production enterprise, “developed through a union of motion picture screens,” as Sydney Cohen, president of the Motion Picture Theatre Owners of America, characterized it.

Of course, the actual films turned out by Hollywood in the early 20th century taught ugly social lessons too, equating full “humanity” with racial whiteness. The major exemplars of the period’s most prestigious genre, the historical epic—from The Birth of a Nation, to The Covered Wagon, to The Iron Horse—show white groups formerly at odds with one another establishing new forms of social “understanding” through the violent subjugation of African-Americans and Native Americans. Known for spectacular crowd scenes, these films offer a sinister mirror image of the notion of human progress through collective bonding.

If silent movies did have any true unifying influence, it was in the arena of consumer culture. Hays styled himself as a true believer in the “Esperanto of the Eye,” but he was candid about the screen’s power to shape tastes in consumer goods like clothing and home furnishings. “Trade follows the film” was his mantra. More than fostering social harmony or peace, the movies helped to create national and international communities unified by the universal language of desirable commodities.

After the silent movies transitioned to recorded sound in the late 1920s, it became much more difficult to claim that films were a universal language. And when, in the early 1930s, the censorship debate erupted anew—this time around a spate of “talkies” dealing with risqué subjects—the studio system was forced to engage more directly with the critique of movies as an immoral influence, especially on children. The “Motion Picture Production Code,” a self-regulating document drafted by Hays in 1930, cited movies’ universal reach not to tout their capacity to knit together the social fabric, but to acknowledge their “larger moral responsibility,” relative to other forms of art and entertainment.

Still, the idea that cinema speaks a universal language and brings “us” all together persists today. It reflects a certain nostalgia about the special power of the movies in an age of media convergence, and typically makes at least one appearance during each year’s Oscars ceremony, often to introduce a montage of classic film clips.

But it’s an idea that never really was true and it reflects a dubious fantasy. Technologies, including film, can be put to any number of uses, and it’s disingenuous to suggest that they can “automatically” curb violent human impulses. And even if movies could unite the world, a shared taste for sentimental romance or adventure should not be mistaken for peace.