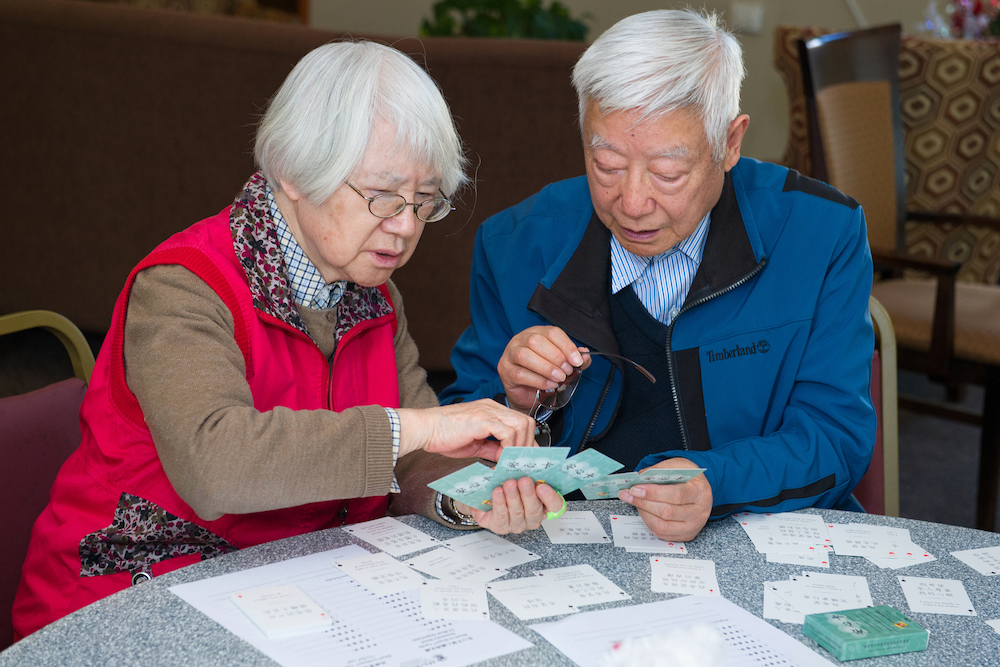 How can you get people to talk about what they would like the end of their lives to be like?

Here’s one technique I’ve used: get them to play cards.

For many years, I’ve drawn on my experience as a medical professional, and as an immigrant, to help elderly Chinese Americans and their families reckon with the challenges of death. And I’ve come to believe that the lessons from our work apply not only to other Americans but also to other societies and cultures around the world.

I first came to the United States at age 23 to fulfill the American need for nurses. I was trained as a nurse in Taiwan, completed my U. S. nursing training at De Anza College in Cupertino, obtained my RN license, and earned my bachelor’s and master’s degrees from San Jose State University. After graduation, I cared for elderly patients with major depression and other mental illnesses at El Camino Hospital in Mountain View. In 2001, I moved to the Sacramento area to work as a public health nurse. Ten years later, I was again recruited by El Camino Hospital and I worked in their out-patient program (OATS) until I retired in 2014.

As a graduate student at San Jose State, I started a program for Chinese elders at Catholic Charities in San Jose. I was struck by the prevalence of depression among the people who attended the program, and spent quite a bit of time developing strategies to get them to talk about things that were bothering them. That made me wonder how I could do more to help people with loneliness, anxiety, suicidal tendencies, and a whole variety of other end-of-life problems.

Not everyone can have a good death. But you can have a better death if you find a way to talk about it, long before you’re facing it.

I also noticed some differences. Most American families honor the medical wishes of their elderly, but many Chinese families I encountered were more likely to make decisions as a family unit, on behalf of their elderly relatives—even if the outcome was not what those relatives might have wanted. Often, there was little conversation about the older person’s desires—and sometimes the dying person wasn’t even informed of the condition he or she was facing. Children, out of a sense of filial piety, didn’t want their loved ones to become anxious about their prognosis. Thus, the family often decided, almost by default, that the older person should be kept alive, no matter what.

I’ve experienced such dilemmas personally. In 1999, my father, who lived in Taiwan and had terminal cancer and pneumonia, was taken to the hospital. When I talked to the doctors there about a “Do Not Resuscitate” order, they refused to comply, informing me that a DNR was illegal there. As a result, my dad spent a year in intensive care undergoing unnecessary and often painful procedures before he died. Since my dad had never talked to his five children about his medical wishes, at the end—like most Chinese families—we felt we had to do everything to keep him alive even though it was hard to see him suffering. (Since that time, Taiwan’s laws have changed; in 2011, Taiwan’s Hospice Palliative Care Act was amended to include advance directives such as do-not-resuscitate.)

On my way back to California, I decided to do something about improving advance care planning for Chinese Americans so people could make their own medical decisions. Many people had never heard of the Advance Health Care Directive (AHCD), and those who did might have had trouble completing the form because it was only in English.

In 2005, I decided to form the Chinese American Coalition for Compassionate Care, made up of colleagues and health care providers who wanted to be better educated about the experiences and desires of Chinese Americans at the end of life. Some of my friends told me I would give up in less than a year, and that building an organization on such a taboo subject would not be easy. They said that Chinese would not open up to asking for help with end of life issues. But we persevered. CACCC become a nonprofit corporation in 2007. Today, our coalition includes more than 150 organizations and some 1,400 individuals. Agencies who partner with the coalition provide their resources and support to assist our volunteers with our events and trainings. 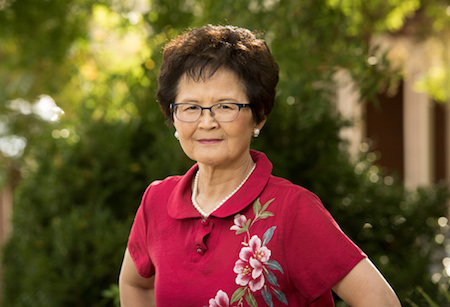 In 2005, friends told me that building an organization on a taboo subject would not be easy, but now our coalition has 150 organizations. Image courtesy of Beth Baugher.

The Coalition helps to educate people about advance care planning for their later years and also about palliative and hospice care. We train hospice and hospital volunteers, and educate health care professionals serving Chinese Americans. Once trained, they often become hospital ambassadors and hospice volunteers. The most important work we do is helping people start the end-of-life conversations, between patients and family and families and health providers. We do not only focus on the dying; we also encourage those who are still young and healthy to complete their AHCD, so no one will have to guess what they want done when the time comes.

We are a volunteer organization, with only three part-time staff. But we’ve made an impact by pursuing novel strategies for engaging the community. One advantage we have is that we speak both English and Chinese and know the culture of the people we’re serving.

The biggest challenge for us has always been to get people to open up and share their end of life concerns and preferences. A new approach to this problem was CACCC’s Heart to Heart cards, which we created and trademarked in 2014, after being inspired by the Coda Alliance’s “Go Wish” cards, to help people discuss end of life issues in English. People of many cultures enjoy playing cards, and Chinese and Chinese Americans have a long tradition of opening up over card games.

The Heart to Heart cards can be used to play poker, but more importantly, they can be used to discuss end-of-life issues. The cards contain statements about issues that Chinese consider important in the last days of their life. This helps them become aware of more options, options they might not think of without a reminder. They can also use the two jokers to discuss issues not on the cards. Each of the four suits represents a different end-of-life concern. Hearts represent spiritual concerns, diamonds financial issues, clubs social needs, and spades physical necessities. In the game, players pick 12 cards, three from each suit, and then are asked in the course of the game to identify their three greatest priorities for the end of their lives. These card games are typically played at events called the “Heart to Heart Café,” where we serve tea and pastries and encourage participants to discuss end of life issues. (I was inspired by the Death Café, an idea out of England that encourages conversations about death in another context.)

At first, people often are slow to embrace the cards and open up, but eventually, they all start talking, often in detail. Some talk about the prayers they want said at the end, or their desire to die at home; others about which rituals they prefer at their funeral. The card games, which are limited to eight people at each Café table, are followed by efforts to bring together elderly people and their younger relatives so they can talk through their end-of-life wishes, while also sharing memories and good wishes for each other. Often, when there is time, Café facilitators help participants complete their AHCDs to ensure that the knowledge they’ve gained is not lost in the complexities of life.

While I started this work in California, word got out quickly. Soon we were traveling statewide, and then to Boston and New York, to teach others how to host the Cafés. The cards and Cafés have become an integral part of the trainings we do for hospice and palliative care volunteers and medical professionals. Since the cards are in English and Chinese, we’ve also had interest from people of Vietnamese, Japanese, Indian and Latin American heritage, who are adopting both our coalition model and some of our conversation techniques.

In recent years, I’ve encountered interest in this approach from China itself. This past spring, I went to Wuhan for the third time in three years to hold Heart to Heart Cafés and end-of-life education courses at four hospitals and at symposia where leaders came from several provinces. China ranks low in global surveys of the quality of end-of-life care, and the country realizes it has to do better. In the last few years, we have witnessed considerable progress countrywide.

Not everyone can have a good death. But you can have a better death if you find a way to talk about it, long before you’re facing it. Doing advance care planning and completing an Advance Health Care Directive are the best gifts we all can offer ourselves and our loved ones.