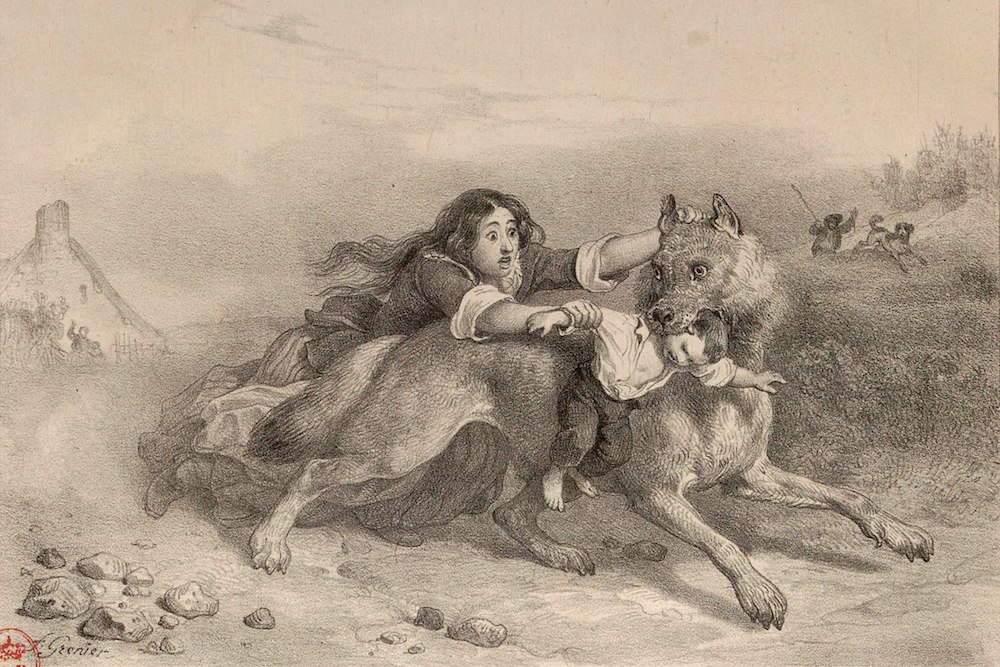 The Beast of Gévaudan terrorized a remote region of France in the 1760s, reportedly killing around 300 people and causing widespread panic. Photo courtesy of Wikimedia Commons.

In the airless, fluorescent lung of a department store,
I am trying not to laugh at the wolf’s face
printed across the crotch of a pair of boxer briefs.

I nearly buy them, but decide I’m not ready to
forget the joke. For how, out of necessity, they’d fall
eventually into regular rotation, become my wolf

underwear, that’s all. I’d wear them sometimes, surely
disremembering, out into the world, shaking
hands, holding doors, being a good boy. I’d sit

spread out across from a woman reading the newspaper
who is just as unaware as I am of the wolf eyeing her
wedding ring from the moonless dark behind my zipper.

If a joke happens in a man’s pants
and no one is around to laugh, is it funny? I ask
the employee folding sweatpants at the end of the aisle,

his empty gaze like bike tracks through snow.
He says, “What,” and I say, “What,” and the air
conditioning clicks back on to fill the empty space.