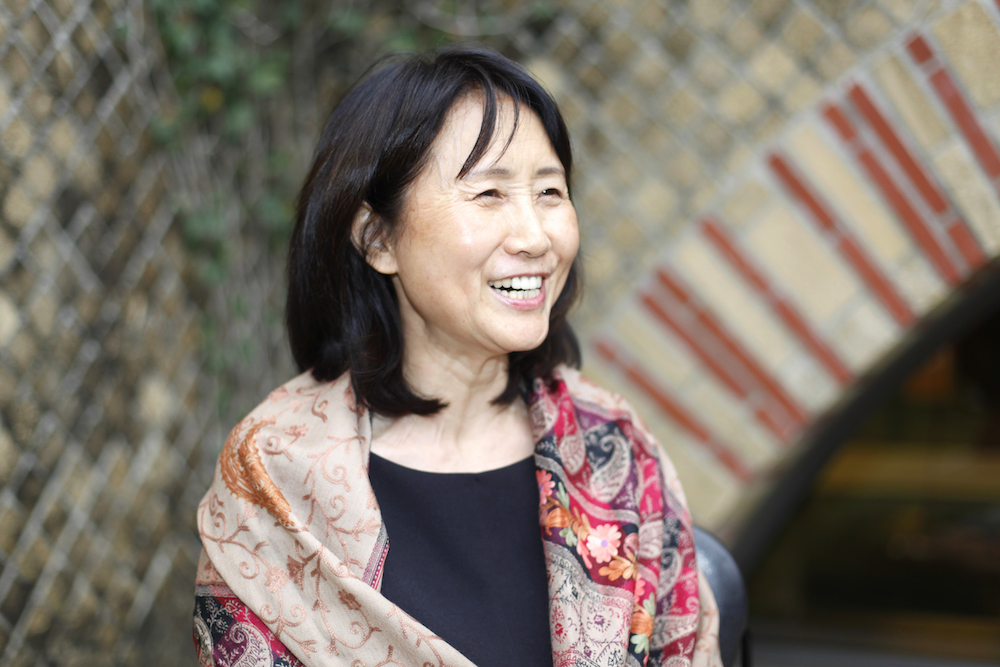 Ping Yao is professor of history at California State University, Los Angeles. Yao’s research focuses on medieval Chinese women’s experiences in everyday life and religious practice. Her co-edited book, Chinese Funerary Biographies: An Anthology of Remembered Lives, is scheduled to be published in early 2020. Before participating in a Zócalo/Getty Villa event titled “What Can the Ancient World Teach Us About Feminism?,” she talked in the green room about WeChat, her least favorite freeway, and what she would ask women if she could travel back in time to the Tang Dynasty.

The past year, I would say, Say Nothing [by Patrick Radden Keefe]. It’s about the Irish. I really, really enjoyed it.

What do you think is one thing we misunderstand about the ancient world?

For China, I would say they consider Ancient China as a homogeneous society, but it’s not. It’s so different from one period to the next.

Why do you think it’s important we study the ancient world?

If you don’t learn, you repeat history—people always say that. But if you don’t understand your origin, definitely, it’ll come back to you.

Oh, definitely my graduate adviser, Patricia Ebrey. She is currently a professor of history, I believe, at the University of Washington. I studied with her at the University of Illinois Urbana-Champaign. In fact, when I came to the States, I decided to study cultural anthropology, but I took history as a sort of elective. And I took her class, and I was so hooked, and I realized history can be great, and so I switched to be her student. She is a first-generation woman historian in China studies, and she’s very supportive, very hardworking, certainly a role model both in career and in life. She’s really my role model. I’m forever grateful.

What’s your favorite place to eat in Los Angeles?

I’m from Shanghai, so I would say Shanghai Restaurant in San Gabriel Square. For sure.

What do you miss about Shanghai?

“Can I get extra credit?,” but mostly because they want to do well. Our students are really great. They would not take everything for granted, like, “Oh, can you explain why I cannot get an A? Because I want to do a little bit more to improve myself.”

I’m sure you’ve heard of WeChat. Fake news and this information on WeChat makes me so mad.

To be honest, I would just go to my study in the basement. My husband calls it the “Woman Cave.”

What year, past or future, would you time travel to if you could?

But, can I have a second choice? It would be the 1970s because my paternal grandmother died in 1975. My maternal grandmother, 20 years later. And I so would want to interview them, talk to them, see what’s their view on China before the revolution and after the revolution. Which, in both cases, is why I’m so interested in oral history. I started a database for a Chinese-American oral history project at Cal State LA.

Where would we find you at 10 a.m. on a typical Saturday?