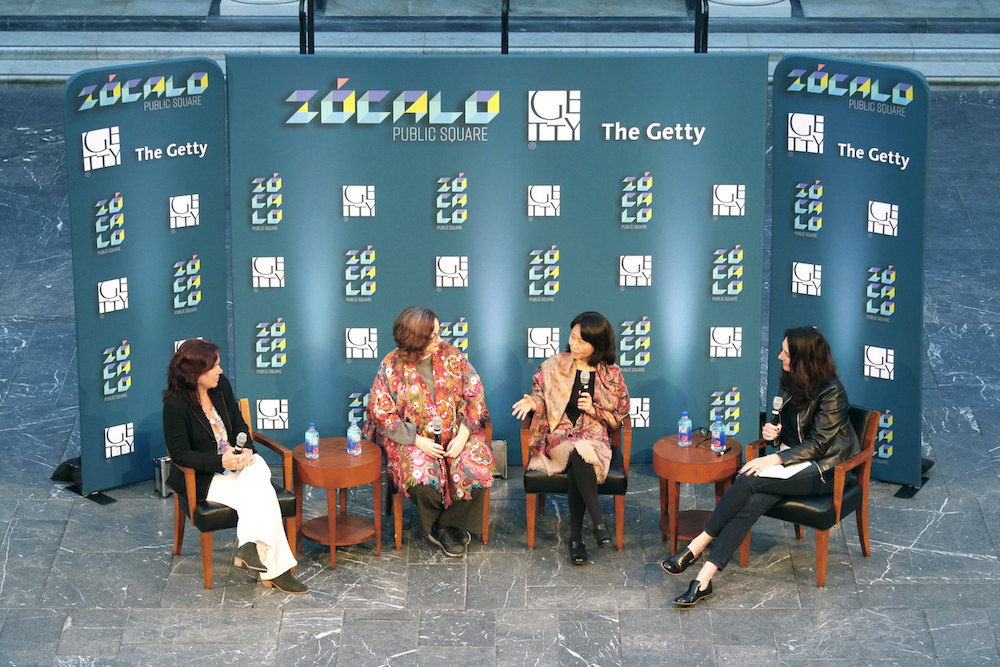 Today’s human often thinks of progress as linear, and that as we move forward in time, our thinking and our societies also follow a forward progression. But a panel of scholars of antiquity at a Zócalo/Getty Villa event discussed how looking at the past provides a more complicated picture of the path of progress—particularly when it comes to the rights of women.

The event, titled “What Can the Ancient World Teach Us About Feminism?” and held before a full house at the Getty Villa, explored lessons that can be learned from how women lived and functioned in ancient societies, often in restrictive conditions.

The event’s moderator Madeleine Brand, host of KCRW’s “Press Play,” raised the question of how leaders in the modern struggle for women’s rights might have taken inspiration from classical myths.

In reply, Helen Morales, UC Santa Barbara classicist and scholar of ancient Greek literature, said that feminists like “Simone de Beauvoir, feminist psychoanalysts, and feminist theorists like Judith Butler have all turned to ancient myths.” Sophocles’ play Antigone written in or before 441 B.C., is one text that feminists have often turned to, because “it has an emphatic, committed, young woman who is prepared to stand up for what she believes against an increasingly totalitarian state.”

The Pakistani activist and Nobel Peace Prize laureate Malala Yousafzai and the teenage Swedish climate activist Greta Thunberg fit this model today, Morales said. But women in Greek times wouldn’t necessarily have been lauded for such work. “Antigone was a more difficult figure for an ancient Greek audience” because they saw her as more transgressive, she said. In ancient Greek society, “if you were of a certain age and you weren’t married—like Antigone—and you were obsessed with drama and death and so on, then you had a disease. They thought you were mad,” Morales said.

In response to Brand’s opening question of whether antiquity offered anything comparable to the present-day #MeToo movement, panelist and University of Miami archaeologist Traci Ardren, editor of Ancient Maya Women, said that while there isn’t evidence of similar social movements in ancient Maya society, “that doesn’t mean they didn’t exist.” That lack of knowledge reflects the trouble with most studies of the ancient world: They focus on elite men, to the exclusion of the lives of women and children in ancient societies.

And while the roles of women in ancient societies can be seen as quite restrictive through our modern-day lens, some enjoyed powerful roles and engaged in protest. Panelist Ping Yao, a California State University Los Angeles historian of premodern China, said that ancient women in China—or at least royal women—took on the roles of generals, and would express pride both in going into battle, just as they would in giving birth of children. Several key female figures from the Tang dynasty, Yao’s period of expertise, played influential roles in Chinese society, most notably Empress Wu Zeitan who was China’s first female emperor. And in other dynasties, there is evidence that queens took on state responsibilities while the king was away.

Ardren, the University of Miami archaeologist, said that Maya studies has recently experienced a “very exciting development”: the discovery of warrior queens. In fact, there was one particular family of women “who were all linked to one another, but lived in different cities,” Ardren said, and these women “carried the titles of emperors, showed themselves standing on the backs of captives, and wore the warrior’s costume in their own sort of way.” They were “clearly queens,” and were “appropriating this very powerful role that kings generally had, which was about territorial expansion,” Ardren said.

And Morales, from UCSB, said that Hipparchia, a Cynic philosopher in Greece who was born in 350 B.C., can be thought of as the “first feminist.” She engaged in several forms of protests, including “outrageous things like having sex in public,” and marrying for love, something that was not common in ancient Greece.

Sex workers in ancient societies often enjoyed more freedom than other women, Morales said, while stressing that it was high-class sex workers, or hetaerae, who had this liberty. “These were women who were given some kind of education, were taught to a play a musical instrument, taught to converse, and could acquire quite a bit of wealth,” said Morales, while noting that this freedom came from selling one’s body.

Morales also said that Plato’s Republic, published in 381 B.C., imagines an ideal society in which “jobs and roles would be given to people according to their abilities, so women and men have a great capacity for virtue and for being rational so you could have women being leaders as well as men.”

When this idea is challenged in the text, Socrates (who was Plato’s teacher) says in the book “It’s a matter of justice,” and “it’s about ability rather than sex,” Morales said. The Republic was such an influential text, Morales continued, that a Roman writer—Epictetus—is said to have criticized “the women in ancient Rome carrying around with them copies of The Republic.”

Hipparchia, a Cynic philosopher in Greece who was born in 350 B.C., can be thought of as the “first feminist.” She engaged in several forms of protests, including “outrageous things like having sex in public,” and marrying for love, something that was not common in ancient Greece.

And in the ancient world, women did not always make progress; they could lose rights. Ardren said that as states grew in power and evolved into empires, myths—in her example, Mesoamerican myths—grew more patriarchal. And this isn’t just because powerful states “decided to hate women, but it was really because states are extremely oppressive to everyone.” This is true of both ancient states and modern ones, she noted.

“In order for states to function,” Ardren said, “everybody has to do their jobs and follow the rules, and that applies equally to men and to women.” In Mesoamerican mythologies, very few women are portrayed positively, because power is concentrated in a small circle, and women, representing the general population, are seen as a group that must be controlled.

Ardren said that ancient Maya civilization was interesting in one respect: gender was more fluid than today. Rather than gender being inherent when one is born, it is “something that accumulates over life,” Ardren said. Infants, Ardren explained, were presented with objects and tools particular to the gender that they were expected to embody but they could shift and move in-between genders. In ancient Greek myth, Athena is also a figure that changes sex.

During the question-and-answer session with the audience, a history teacher asked the panel what they would want 11- and 12-year-old girls to know about antiquity that wasn’t in their textbooks.

Yao said that women and girls should know they were much powerful “than what’s written in the textbooks.” Morales said she’d want them to know that there’s “always more than one story” about ancient civilizations, and look to modern scholarship, much of it done by women, that shows that, despite the praise of democracy in ancient Greece, for “women, resident aliens, immigrants, and foreigners, Athenian democracy was awful.”

For her part, Ardren said it’s important for more young women to enter into the field of antiquities, “ask new questions” and tell the stories of people, among them women, who haven’t been studied before. 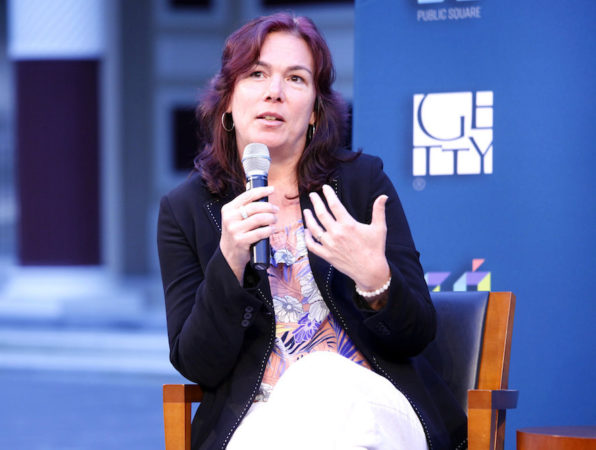 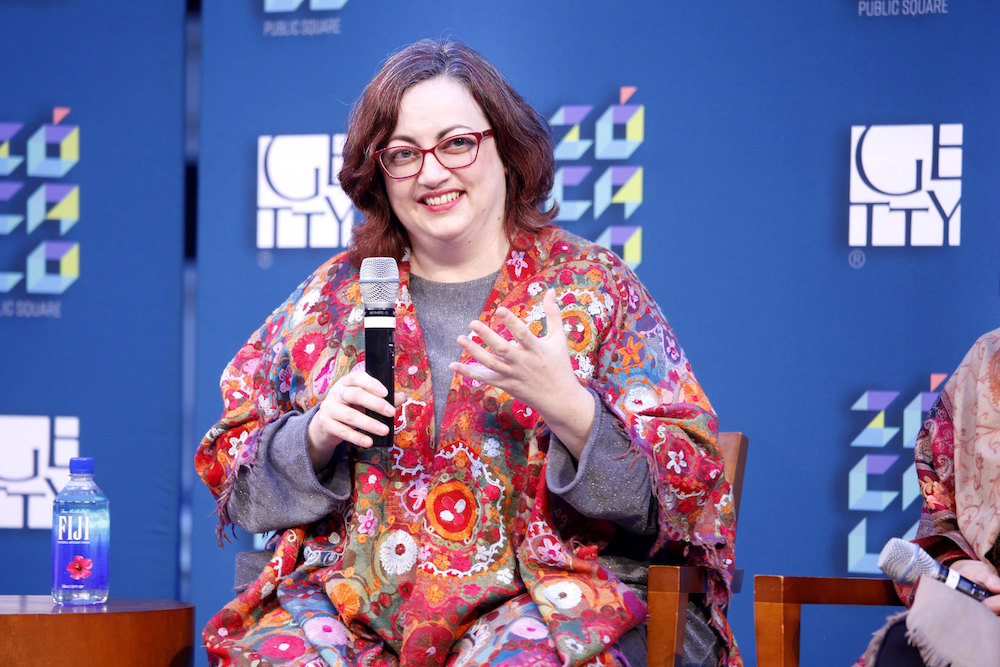 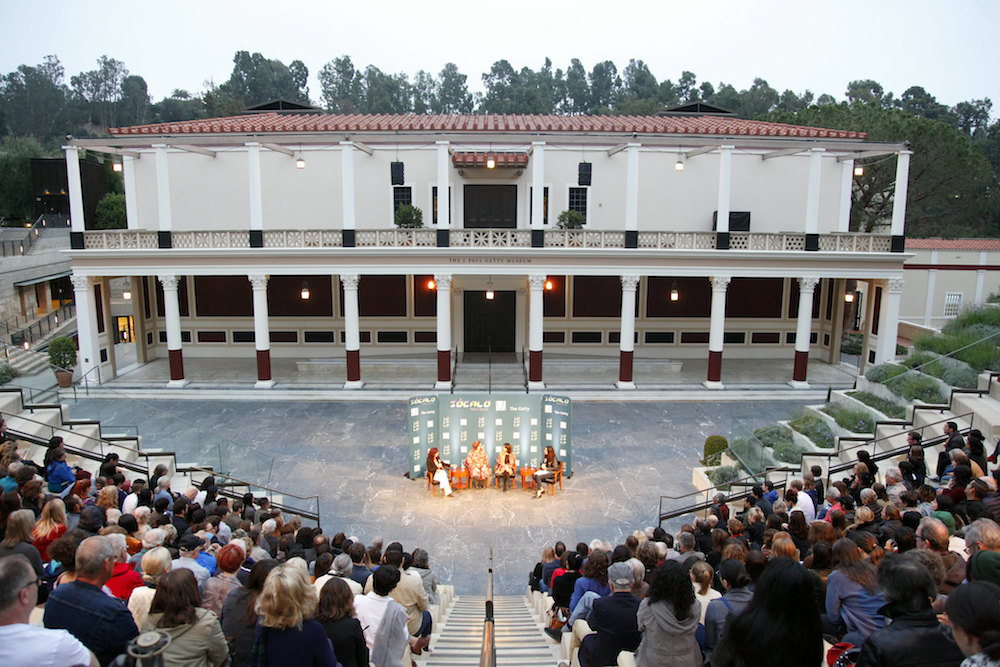 A full house at the Getty Villa in Los Angeles. 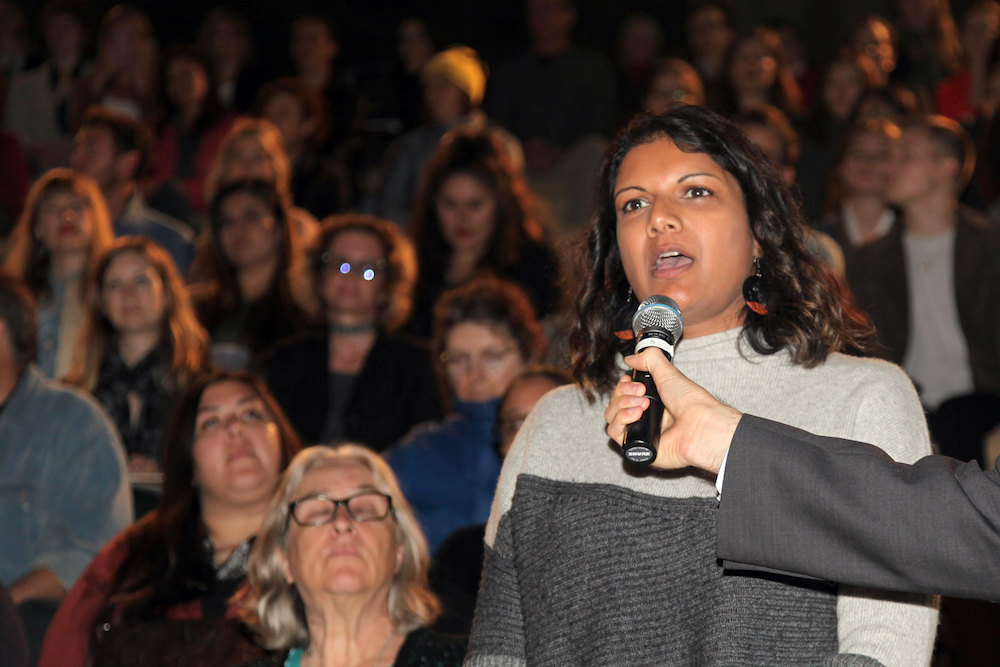 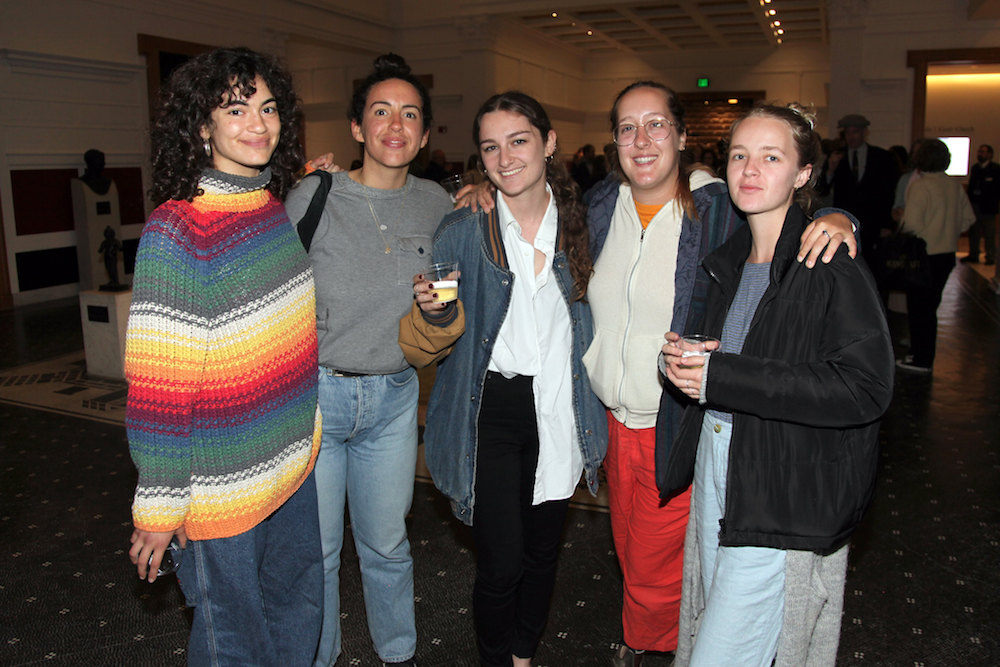 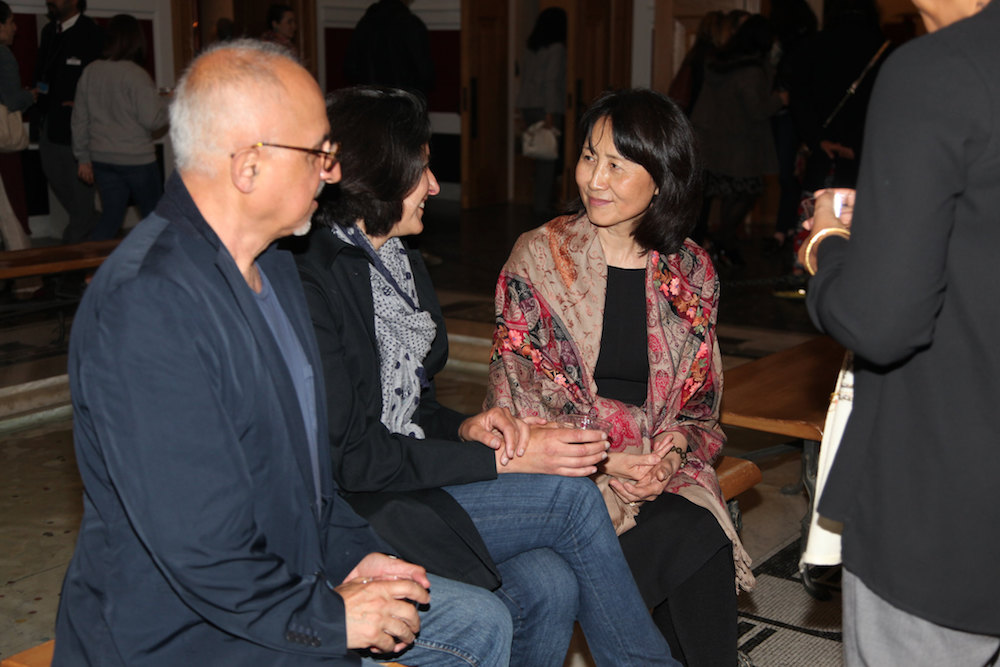