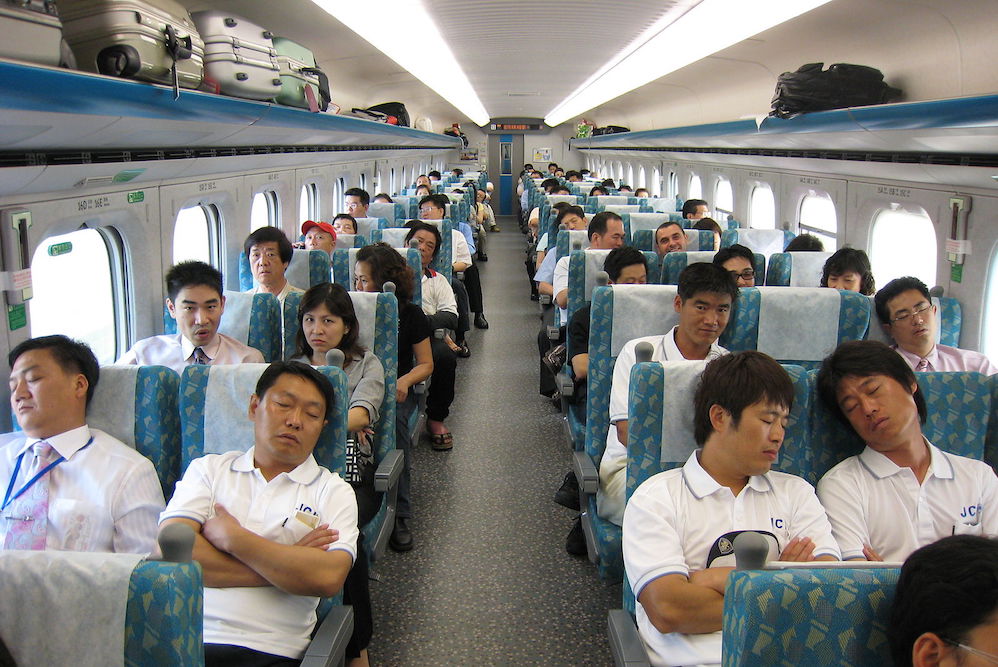 When it comes to fast trains, a California consensus has hardened: High-speed rail is beyond our capabilities.

If we’re right about our own powerlessness to deliver high-speed rail, then how do we explain Taiwan?

My recent visits to that beautiful island, where I was running a public democracy conference, put the lie to all the excuses Californians are using to justify abandoning high-speed rail.

Taiwan is a far poorer place than California—with median household income and a gross domestic product just one-fourth of ours—but it managed to afford high-speed rail. It’s far less populous, with only 23 million people, but it still attracts a huge ridership for its fast trains. Indeed, Taiwan’s high-speed rail resembles what might have been possible in California, if we hadn’t lost our nerve.

Taiwan, like California, has most of its population in cities along its west coast. So at the turn of the century, Taiwan started construction on a high-speed rail line to link Taipei City, in the north, down to Kaohsiung, a harbor city in the south. That’s a distance of 225 miles, about the same as the planned first phase of California’s high-speed rail construction, from San Jose to Bakersfield.

With high-speed rail, it took me just 45 minutes to travel between the two cities where my democracy conference was taking place—Taichung and Taipei—even though they are as far apart as San Diego and L.A.

Here is where the differences began. Taiwan built and began operating its line in less than seven years, at a cost of $18 billion. California’s first phase is now under construction after a decade of delays, and it’s unclear whether it will ever be finished, or what the costs, estimated most recently at $68 billion, will end up being.

What explains this? Paradoxically, Taiwan’s project was completed less expensively because it didn’t try to do high-speed rail on the cheap.

While California established an understaffed and underfinanced government authority to lead the project, Taiwan’s biggest businesses and banks came together to create a private corporation. The deal to establish the corporation gave the government a minority stake in the corporation and created a concession: the company would build and then operate high-speed rail for 35 years, after which it would have to give the system back to the government.

Construction difficulties that have been used as excuses in California were surmounted in Taiwan. The corporation struggled but acquired enough new land to create a new right of way, without using existing train lines. The corporation persevered despite cost overruns, which were related to political pressure that saw the project switch its main supplier from a European consortium to a Japanese one. The Taiwan project, like the California one, also struggled to find workers—but it managed to import 2,000 professional engineers from 20 other countries. And Taiwan’s project also met strict environmental requirements, including establishing its own protection program for a beautiful-but-endangered bird: the Pheasant-tailed Jacana.

California’s earthquake faults, and the difficulty of tunneling through them, have long been excuses for delays and costs here. Taiwan, though, is as seismically active as California, and the consortium managed to build safely to incorporate risks from earthquakes—as well as from hurricanes, landslides, and subsidence.

While California’s high-speed rail authority has complained about costly viaducts and tunneling, Taiwan created a system with even more tunneling—especially under Taipei and Taoyuan—and with far longer viaducts, including the world’s second-longest bridge, the 97-mile Changhua-Kaohsiung Viaduct.

Taiwan’s project was not without problems. The corporation, relying on loans, built up a high debt. In 2009, with Taiwan’s economy in free fall, the government effectively provided a bailout by refinancing the loans, taking a larger ownership stake in the corporation, and extending the concession from 35 to 70 years. Service was also reduced. 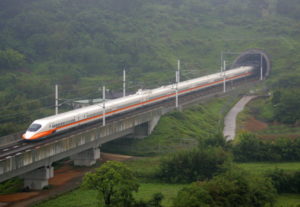 At the time, the relentless critics of California’s high-speed rail used media reports about the Taiwan bailout in their successful campaign to turn the public against the whole concept.

But Californians never got the rest of the story. The bailout worked. And as the global economy recovered, Taiwan’s high-speed rail system proved reliably profitable—and popular, with 64 million riders last year.

Getting from Taipei to Kaohsiung once required an airplane ride or a difficult five-hour drive. Now it can be done by 300-kilometer-per-hour high-speed rail in 90 minutes. While California cities are trying to steal away state high-speed rail money for their own commuter lines, Taiwan cities like Tainan and Hsinchu have instead built their own robust transit links off of the high-speed line.

I learned first-hand what a difference this can make. With high-speed rail, it took me just 45 minutes to travel between the two cities where my democracy conference was taking place—Taichung and Taipei—even though they are as far apart as San Diego and L.A.

The ticket price, regulated by the government, was $22, which is how much it costs me to go round-trip between the Oakland airport and San Francisco on BART. (In Taiwan, there are 50 percent discounts for children, seniors, and the disabled). Since the train is elevated for much of the ride, the views are excellent.

Taiwan’s high-speed rail serves commuters and tourists, who use it to get to attractions like Yu Shan National Park and Kenting National Park. I love the train for all the time it saves.

During our conference, the national government provided the hundreds of attendees with our own regular train—similar to an Amtrak—which stopped at eight different cities for democracy-related meetings on a two-day tour from Taipei to Kaohsiung.

At 6 p.m. on the second day, with the tour complete, my colleagues got on the regular train in Kaohsiung for a three-hour journey back to our hotel in Taichung. But my son and I stayed in Kaohsiung to have dinner with the grandfather of one of his school buddies back in Southern California. After a lovely meal, we got on the high-speed rail at 8 p.m. for a 43-minute ride back to Taichung, 120 miles north. We were in our hotel beds by 9 p.m., just as the regular train with my colleagues was pulling into the Taichung station.

As a Californian, it was nice to experience the long-promised benefits from high-speed rail. It’s maddening that I had to do so in a smaller and poorer country in East Asia, rather than in California itself.