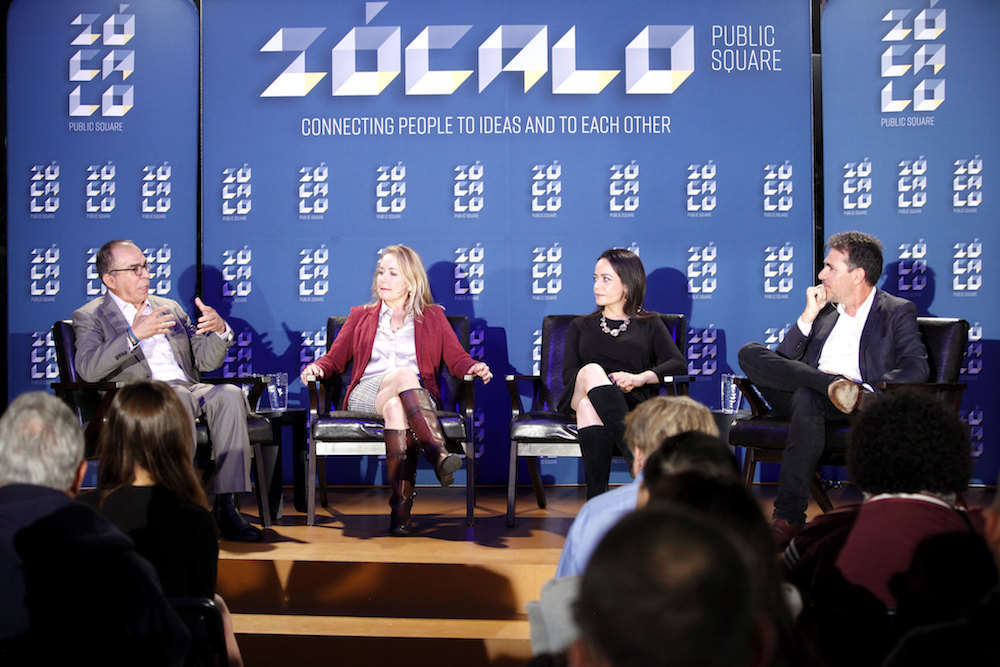 The U.S.-Mexico border offers an enduring example of binational, bicultural, and bilingual living that could be a positive model for the future—if Americans and Mexicans are willing to look beyond divisive political rhetoric and examine everyday realities in the border region, said panelists at a Zócalo Public Square event.

The event, titled “What Can Life on the U.S.-Mexico Border Teach America?” and held at Cross Campus in downtown L.A., featured a panel of journalists who combine long experience covering the border with close personal ties to the region.

Throughout, the panelists debunked U.S. political and media portrayals of the border as a dangerous and violent place. Indeed, these false perceptions of the border have become a major problem for the people who live there.

Misinformation about the border, and the bigotry against border residents connected with it, proved deadly in the August massacre of 22 people at an El Paso Walmart by a Fort Worth man who drove there to kill people of Mexican descent.

The real story of the border should inspire instead, panelists said, an appreciation for a place where, over centuries, people have learned to live together—in part by holding multiple identities at the same time.

The event’s moderator, New York Times national correspondent Simon Romero, emphasized the complexity of border realities by noting his own family’s long history in New Mexico, and asking panelist Cecilia Ballí about her Texas family, which goes so far back in South Texas it used to control Padre Island.

Ballí, a cultural anthropologist and journalist who grew up in Brownsville before heading to Stanford, said in response that today, “I don’t even own a condominium on Padre Island.” She added that her family’s history was part of a long narrative of dislocation and change in the border region—and of people and communities who cohere through it all.

Ballí argued that the border should be appreciated as a place, with its own gravity. “It doesn’t feel like the edge of anything,” she said. “It feels like the center of this long story.” It’s a place where people feel deep connections to the region and to each other—connections so powerful that they may explain a phenomenon like the stronger-than-expected performance of South Texas schools, even in poor communities, she said.

But politicians and Americans far from the border are ignorant of these realities, and have developed a politics and language around “border security.” The result: a “thickening” of the border that imposes more surveillance and searches on the people who live near it—invasive government actions that would not be tolerated in the rest of the country, she said.

The impacts of such heavy-handed actions go beyond inconvenience or fear of law enforcement. In her current research into voters and non-voters in the border region, Ballí has identified a connection between the questioning border residents face about their loyalties and low levels of voting.

“When you’re subjected to that questioning … it leads to disempowerment. It leads to people not participating in the political system and having fears about it,” she said.

Another panelist, Albuquerque Journal staff writer Angela Kocherga, who covers the southern New Mexico border, said that popular depictions of the border miss why people like her, who grew up partly in the Rio Grande Valley, love the region. “It’s a place where many people move back and forth seamlessly” across the border, said Kocherga. “It’s a place where we don’t have to think of ourselves as either/or, but more.”

These communities where people share identities and culture “reflect the future,” Kocherga added. At the border, “we don’t always get along, but … we learned something a long time ago. We need each other,” economically and culturally. Communities far away from the border need to accept bicultural, bilingual and binational identities, “and make that new reality work,” Kocherga said.

Much of the event’s conversation focused on Texas, which accounts for about half of the 2,000-mile U.S.-Mexico border. And the panelists spoke often about El Paso.

Alfredo Corchado, El Paso-based correspondent for the Dallas Morning News, noted that he was born in Mexico but that his family, like so many others, had entered the U.S. through El Paso, making it an “Ellis Island” for that part of the country. El Paso, he noted, is a place where “people can really be themselves. They really can claim both sides of the border.”

That reality added to the trauma of the August massacre at Walmart. It had all the horrors of mass shooting—with the added pain of being a hate crime that attacked El Paso’s sense of itself as a place that expresses the American dream.

The big question, said panelists, is whether the massacre in El Paso will awaken people on the border, and Latinos across the U.S., to vote and participate at much higher levels, perhaps in the same way that the passage of the anti-immigrant Proposition 187 inspired greater political participation in California. In 2020, Corchado said, “people at the border can finally say, ‘We’re not a piñata.’”

Ballí said that, after the El Paso shooting, the nation had missed an opportunity to have a deeper and longer conversation about the ways the U.S. treats people of Mexican heritage. She noted that the country had such a moment of reflection about its historical and present-day racism after the mass shooting of churchgoers in Charleston by a white supremacist in 2015—but not after El Paso.

“We’re a community that is perpetually understood as foreigners, as outsiders,” despite centuries of history here, Ballí said. “We understand that as xenophobia … but I feel the conversation needs to go beyond that.”

During a question-and-answer session with the audience, panelists talked about the many civil society groups that have organized to assist migrants and oppose federal immigration and border policies. One audience member asked panelists what the U.S. side of the border could learn from the cultural practices of the Mexican side—and vice versa.

“I think more humility on the U.S. side of the border would go a long way,” Corchado said. “And I think respect for rule of law on the Mexican side—that would empower both communities even more.” 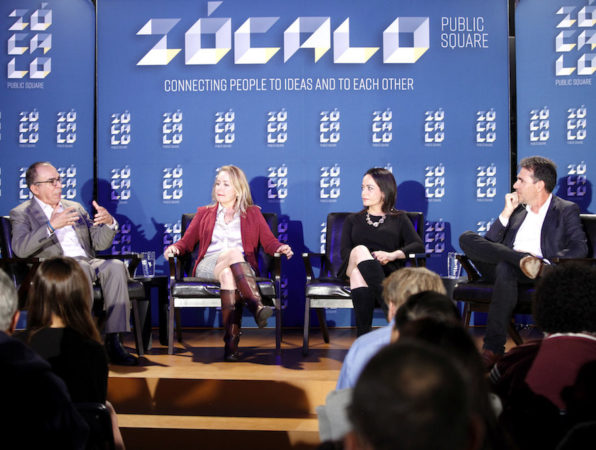 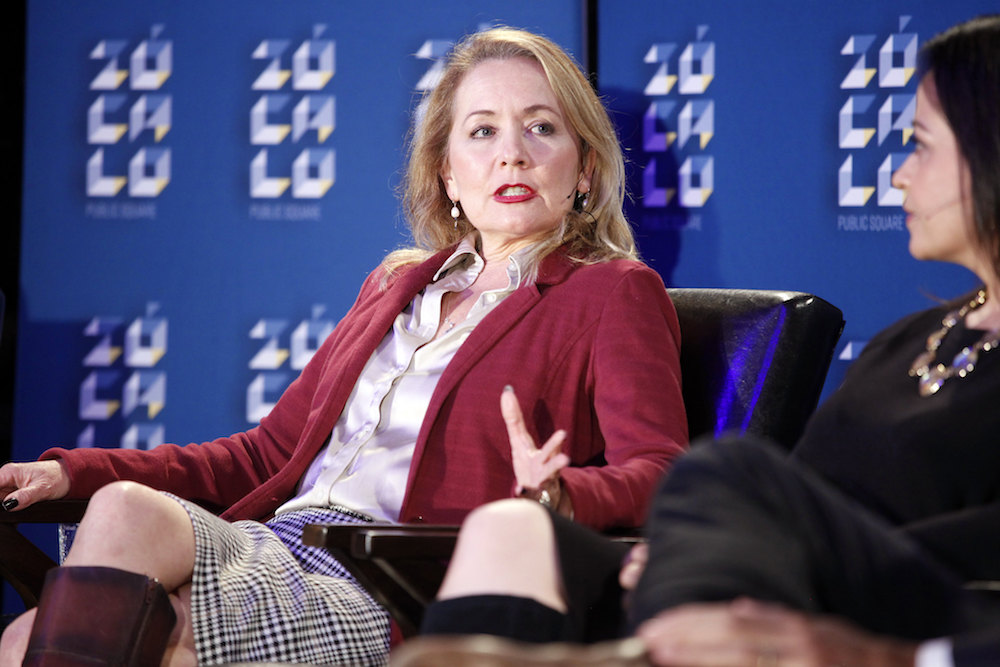 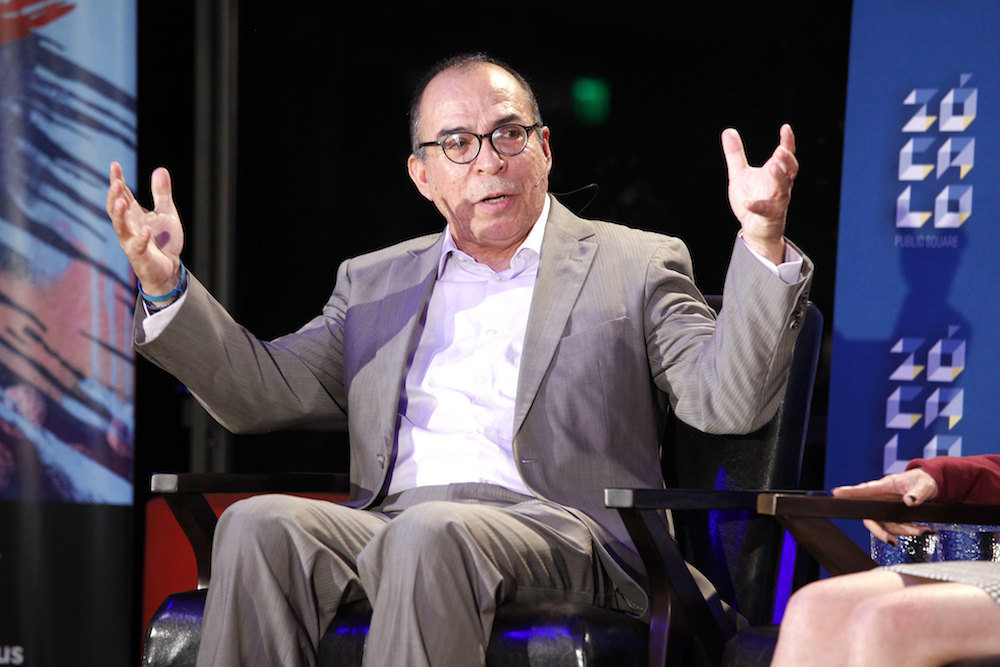 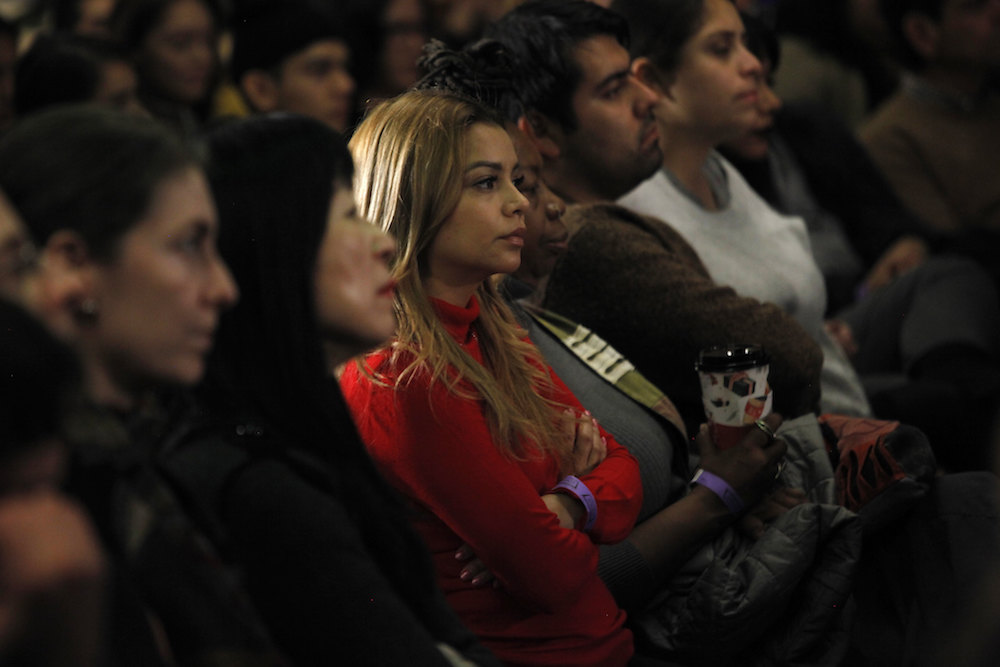 An attentive audience at Cross Campus in downtown Los Angeles 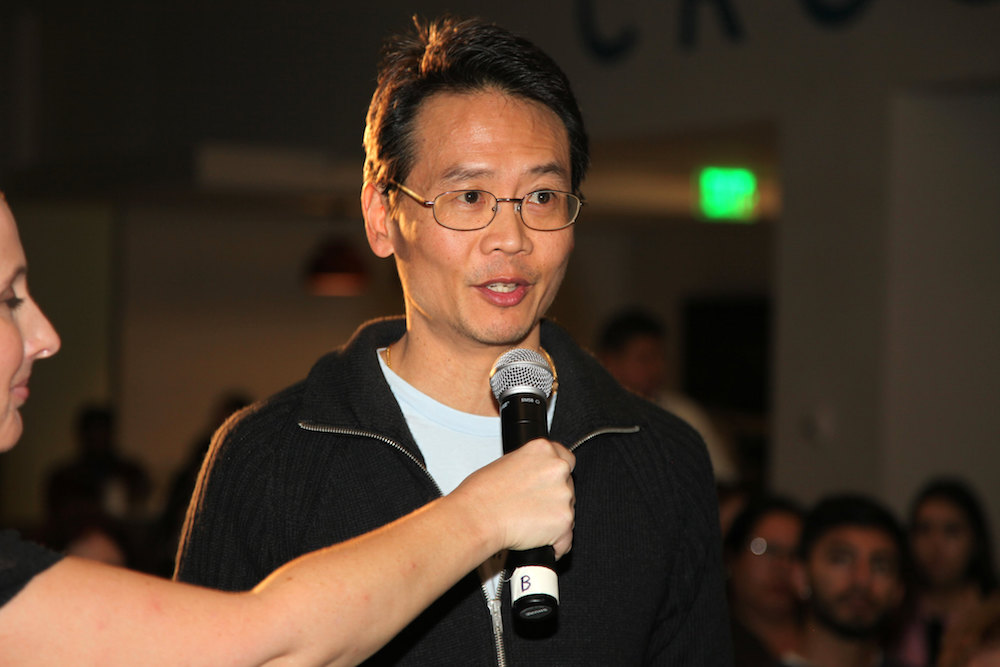 A member of the audience asks the panel a question 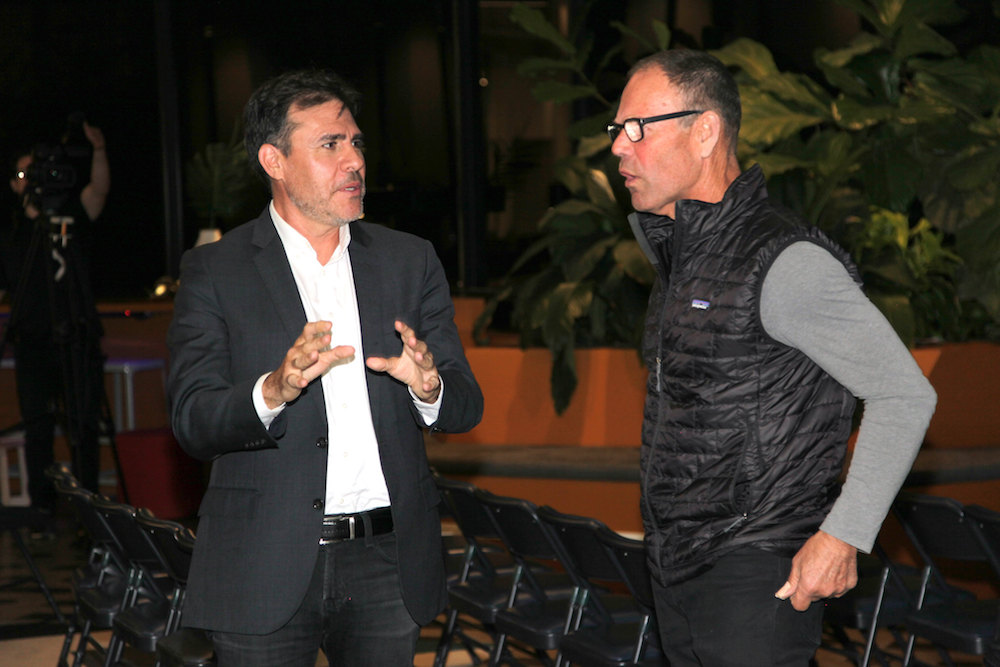