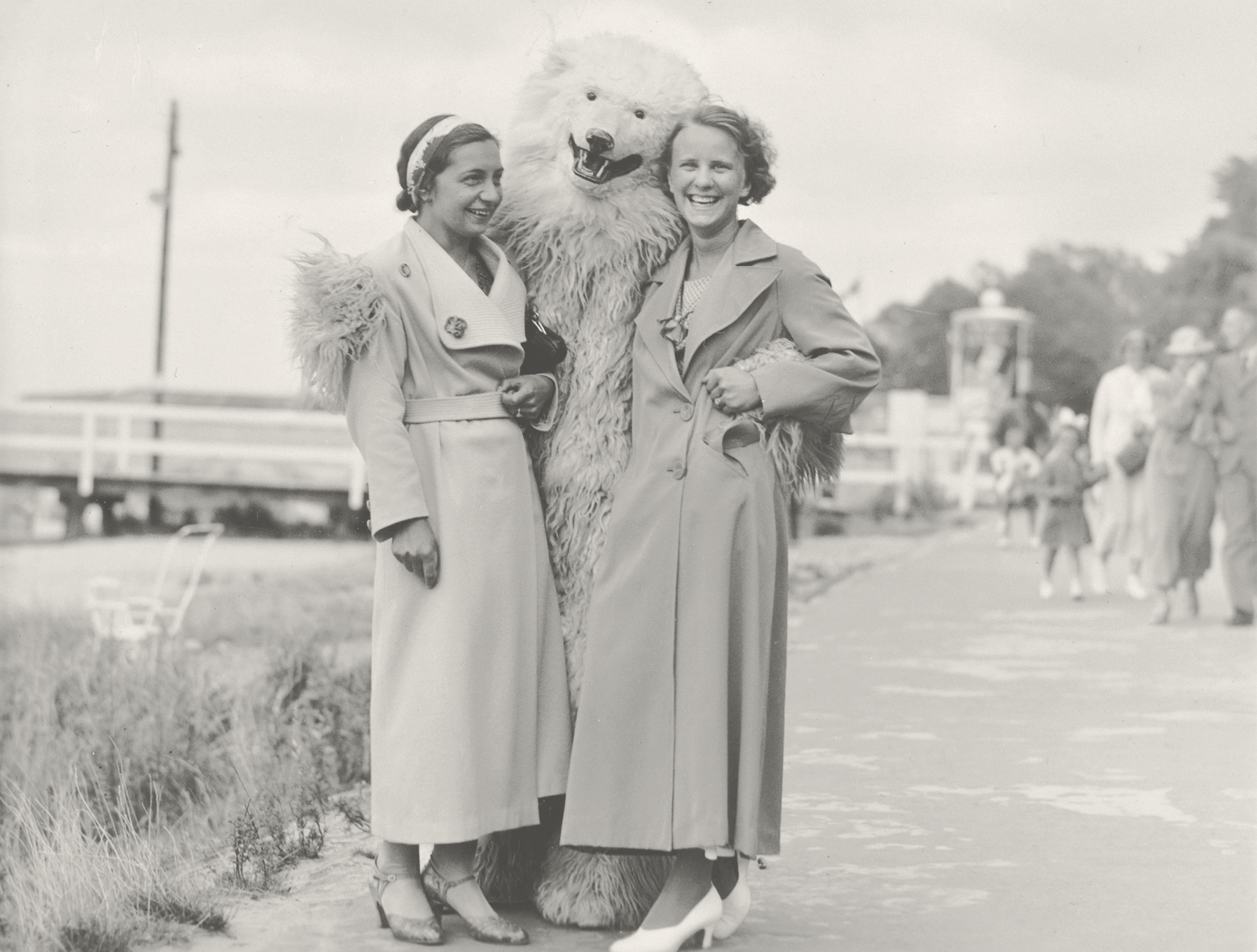 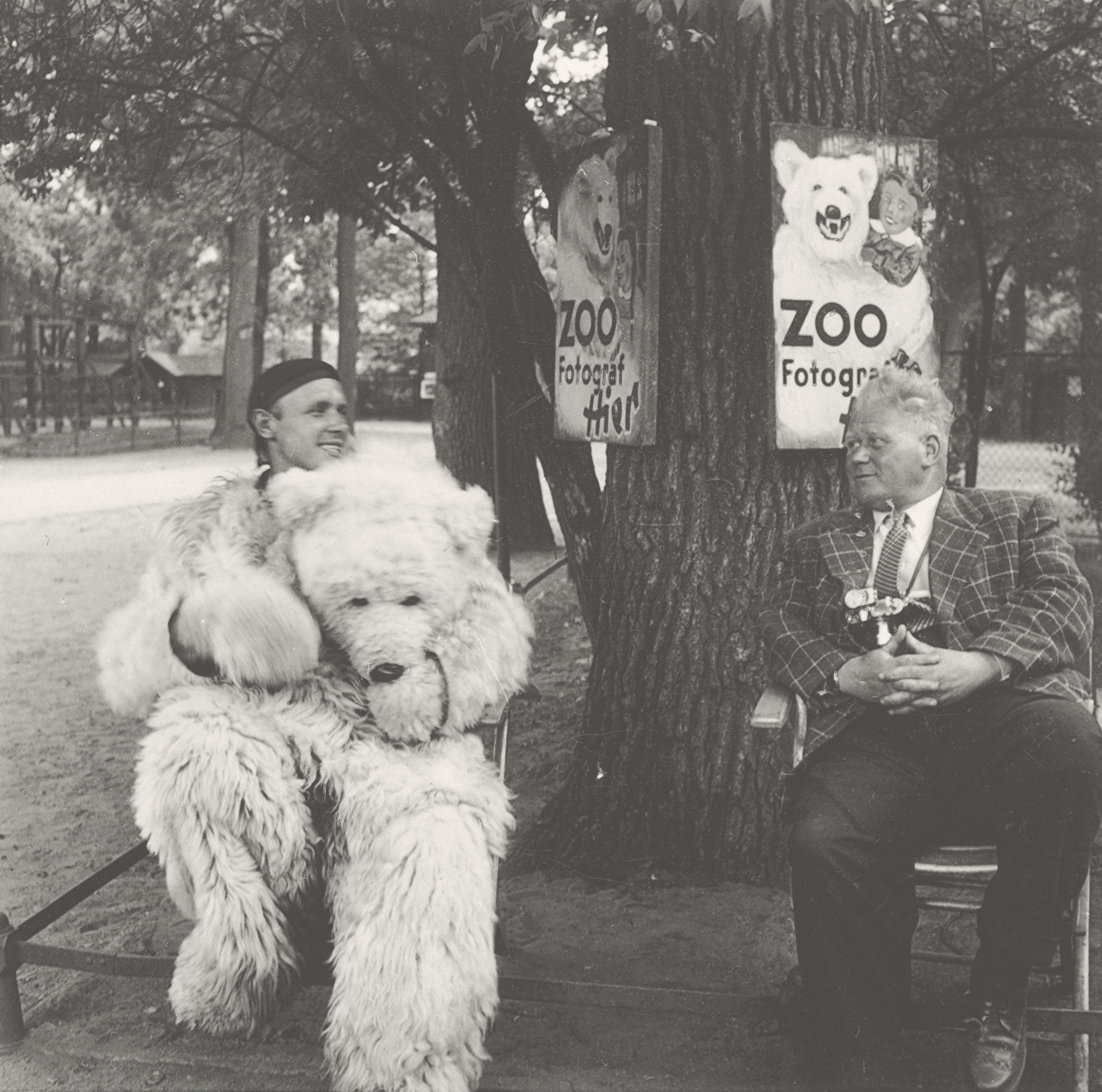 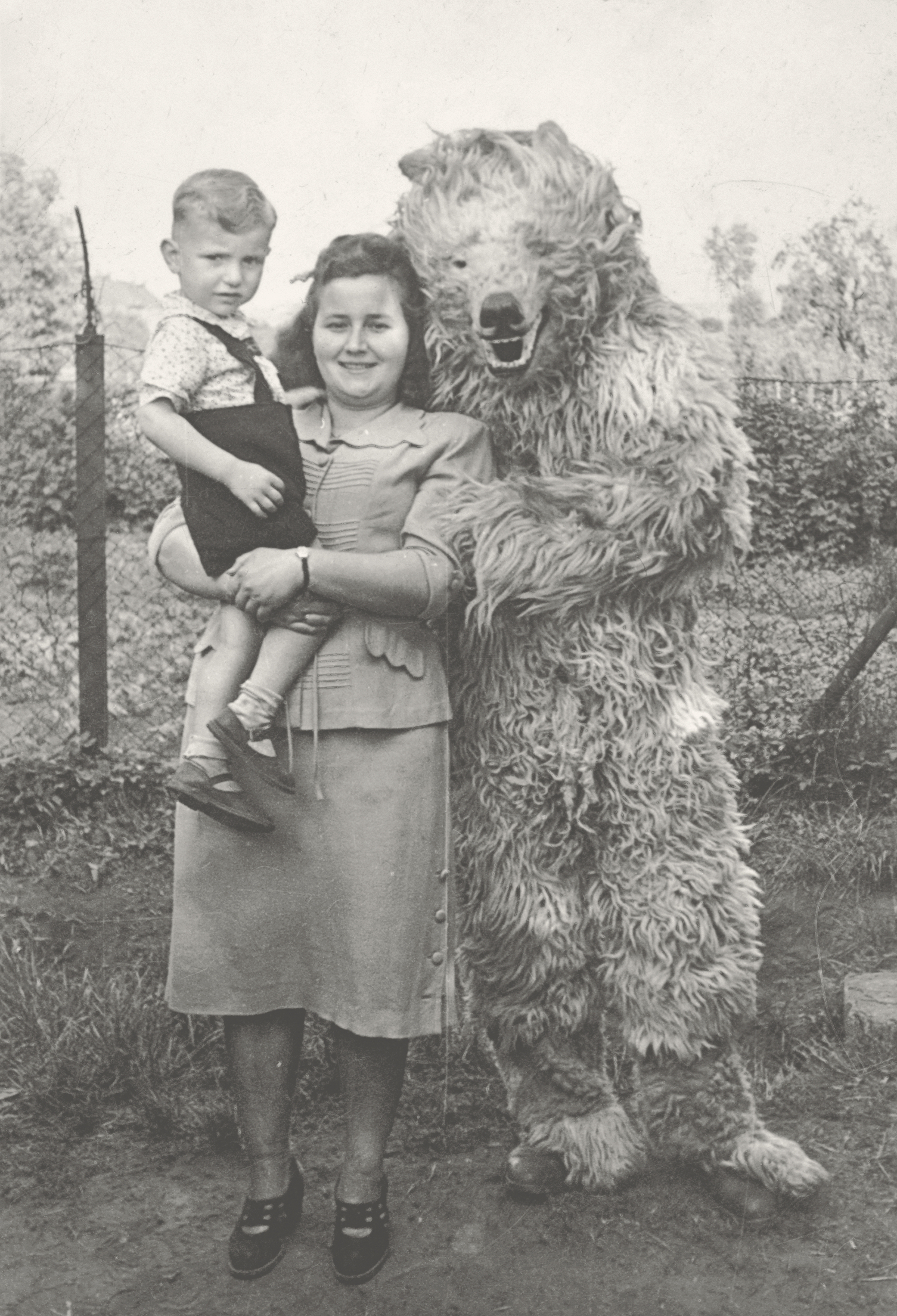 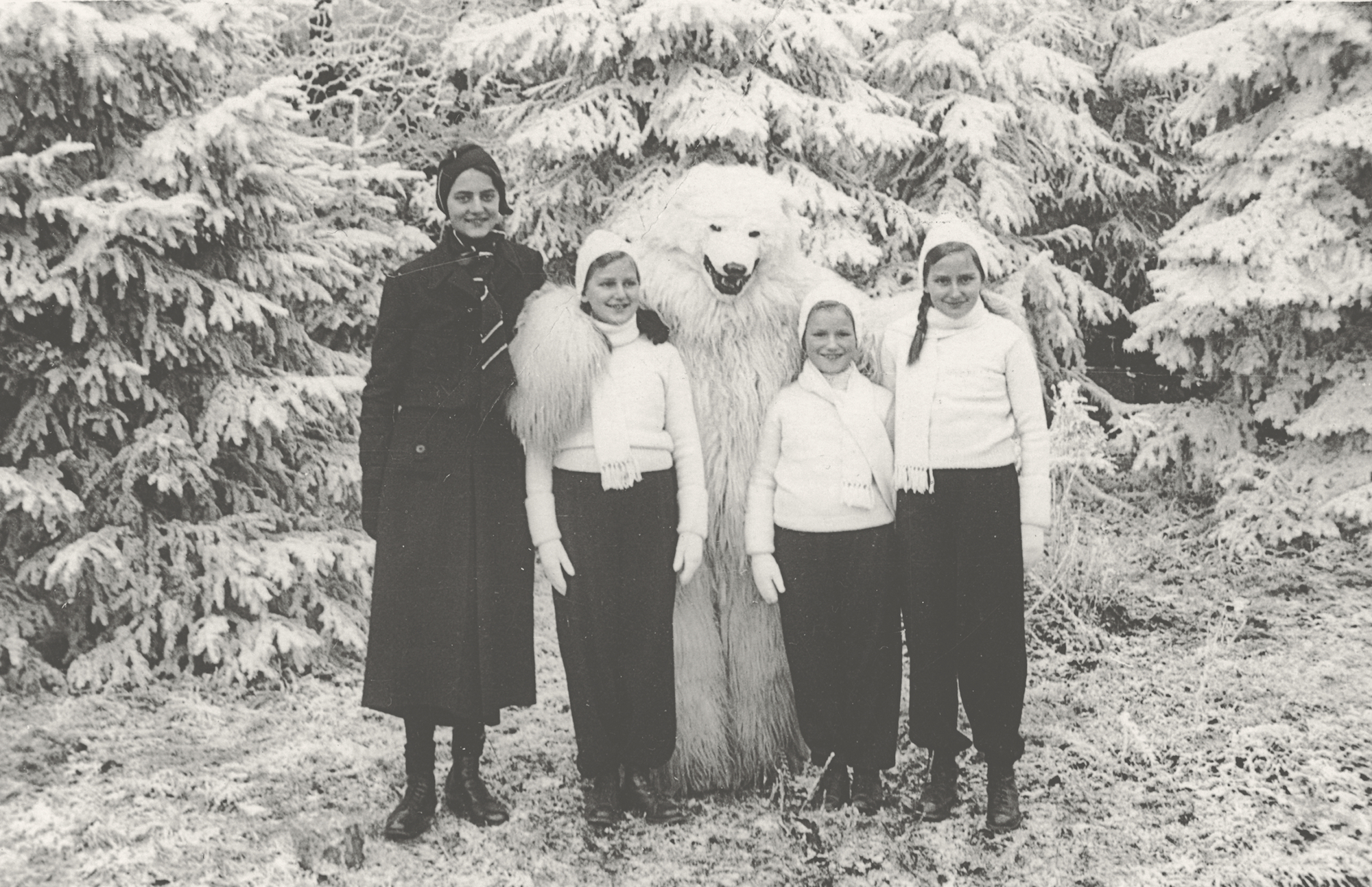 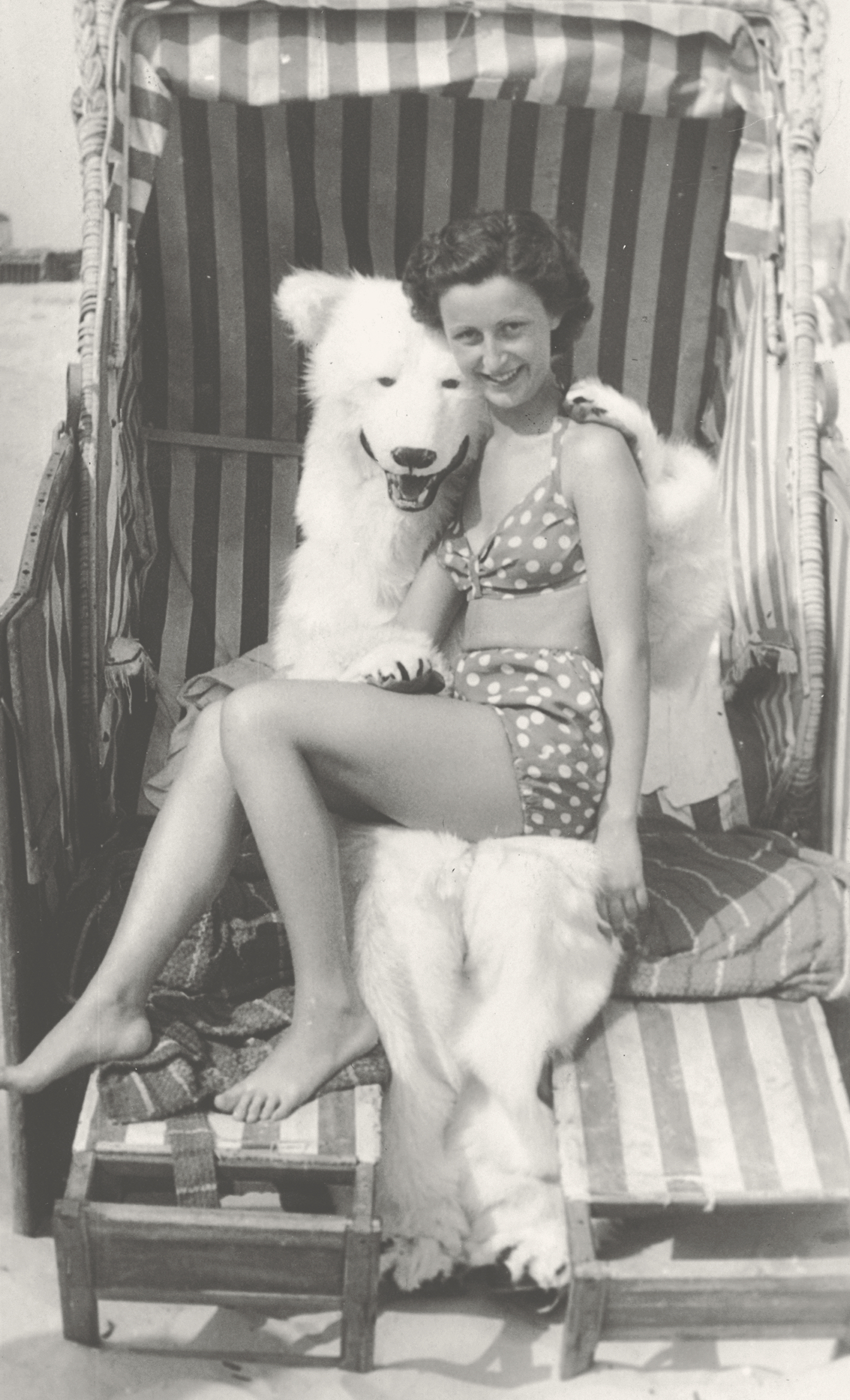 Some fun in the sun Courtesy of Sammlung Jochen Raiss. 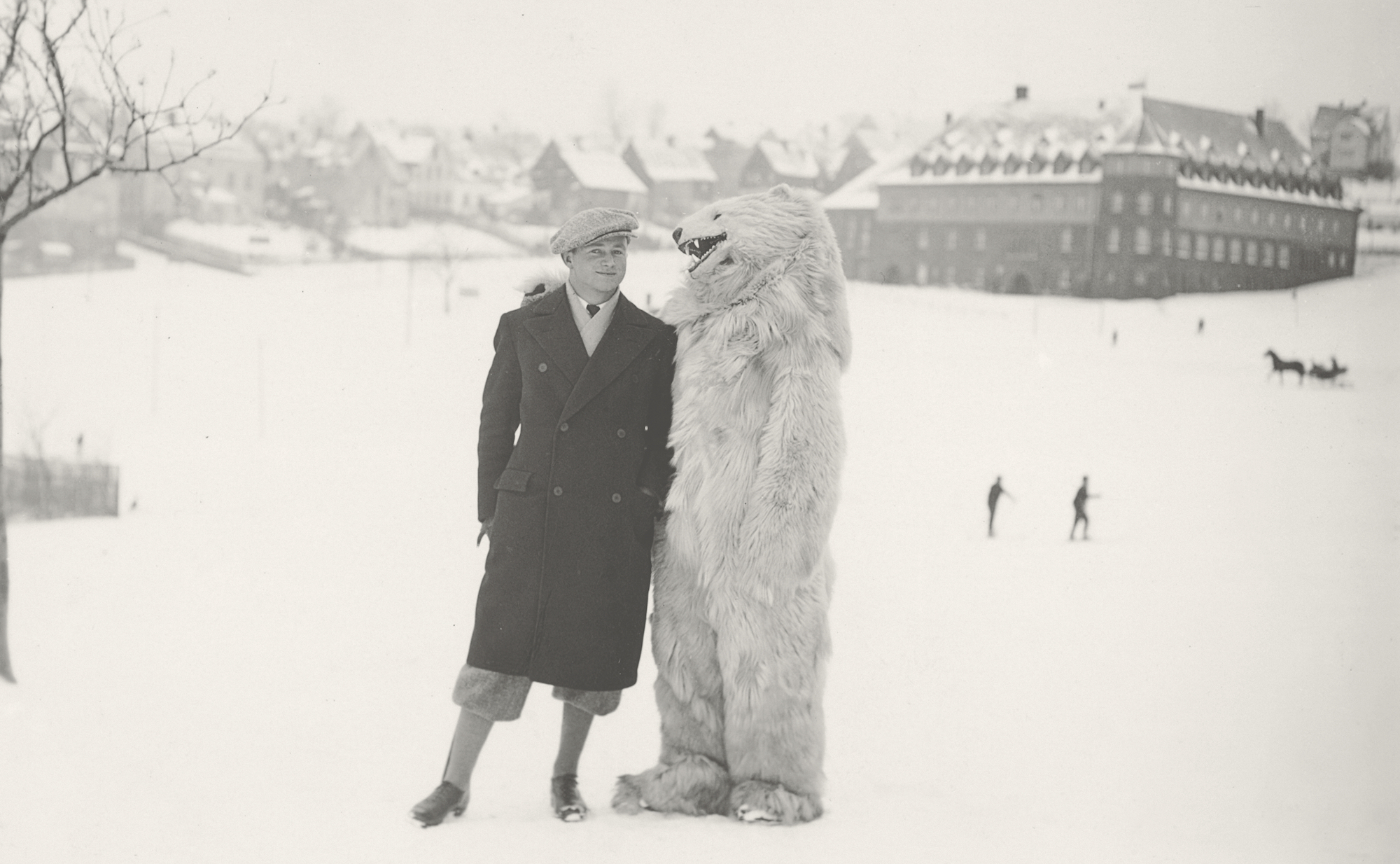 Having a laugh Courtesy of Sammlung Jochen Raiss. 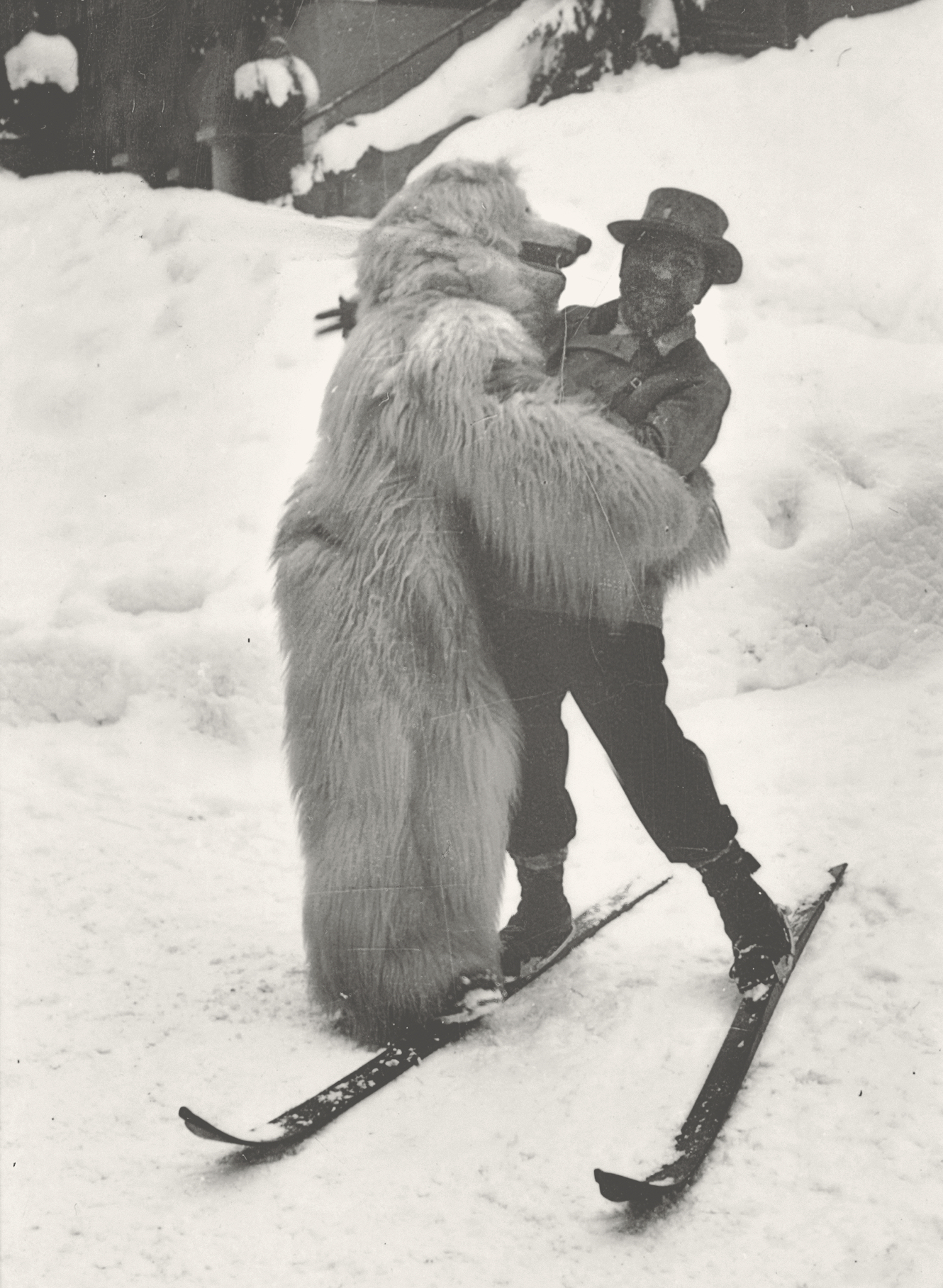 Am I doing this right? Courtesy of Sammlung Jochen Raiss. 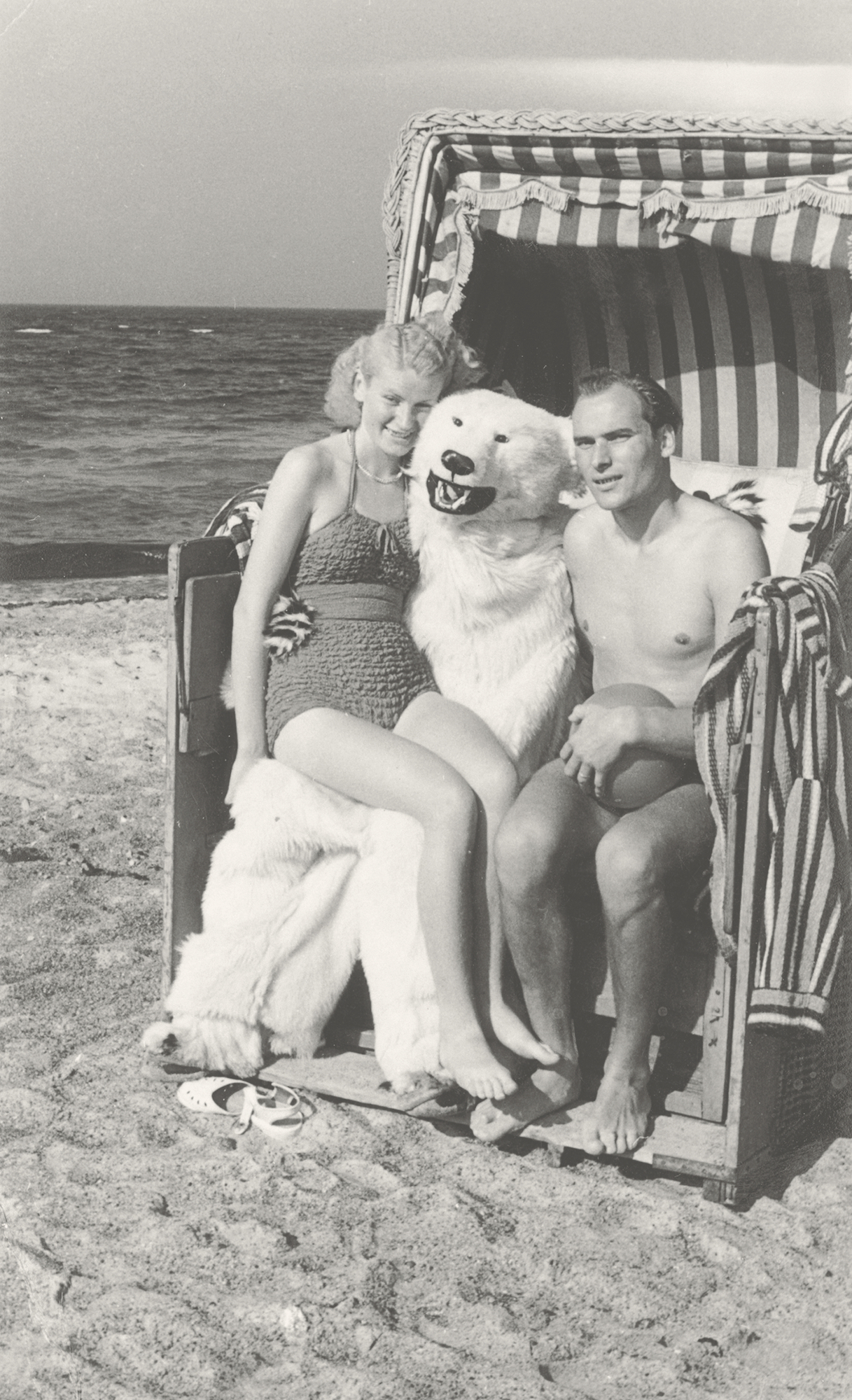 Little does she know, she’s the third wheel. Courtesy of Sammlung Jochen Raiss.

Combing through photographs at flea markets brings its own particular thrill. The act carries a voyeuristic delight, akin to reading a stranger’s diary or listening in on someone else’s confession.

Every now and then, a newspaper story will publicize an unmasking of a picture-taker or subject in a frame: a man buys a stack of negatives in a Barcelona flea market only to discover a forgotten talent. A woman in California tracks down the true story of a sick Minnesota child. But these are the exceptions. More often than not, the people depicted in found photographs and their stories remain stubbornly anonymous, lost to time.

That refusal to bare their secrets, however, is often integral to their appeal.

Photos of strangers have much to teach us. There’s a distinct pleasure in enjoying the contextless art of what are often unexpectedly intimate time-capsules. In the age of facial recognition software, when nearly everyone has a Google trail, found photographs feel exhilarating—revolutionary, even—in their refusal to offer up easy answers.

The people who collect these snapshots are increasingly getting attention as being part of the found art tradition associated with Marcel Duchamp’s readymades. A collector can take the mundanity of one nameless family’s life, for instance, and use it to examine a forgotten chapter of colonialism in Mozambique.

Or, if you’re German photo collector Jochen Raiss, you can curate found photographs to tell the story of when people dressed up in polar-bear costumes.

Yes, polar-bear costumes. Polar Bears, a new series assembled by Raiss, who works as a photo editor in Hamburg, unearths a forgotten genre of people who exuberantly put on the suits of these great, wooly, arctic beasts. Thus costumed, these folks flash their toothy grins on the ski slopes or squash themselves in between couples at the beach or comically attempt to seduce young women (it’s always men, Raiss notes, who are depicted in the costumes) with their overlarge bear paws. The collection of photos, which was published late last year, is an unexpected joy, capturing a fish-out-of-water whimsy that feels removed from time.

In the age of facial recognition software, when nearly everyone has a Google trail, found photographs feel exhilarating—revolutionary, even—in their refusal to offer up easy answers.

Raiss, who has been collecting historical amateur recordings for nearly three decades at flea markets and second-hand shops, first earned a cult following by curating photographs of smartly dressed German women posing in trees. He first posted these portraits on his website, imperfekt.photography, and then in two volumes, the best-selling Women in Trees and a sequel, More Women in Trees. The curious images of well-dressed women in trees, as captured on black-and-white film, can be enjoyed in a void. Or, considered within their timeline (the genre appears to have been popular from the 1920s to the 1950s), the idiosyncratic images of these women, dressed in their Sunday bests and folding themselves among arboreal nooks and crannies, can present a jarring look at individuals who lived through, and may have been part of, Hitler’s Third Reich.

Polar Bears, Raiss’s latest offering, explores another forgotten form of everyday surrealism. Today, the polar bear has become indelibly linked to images of melting ice caps and a warming world. But in the popular imagination at the turn of the 20th century, the creature embodied the primal, the exotic, the fearsome. Seen in this light, transforming these ferocious bears by dressing up as them to pose feels like a particularly bold joke. And if the set-up has been lost to time, what does it matter when the punchline still delivers?

Grounded in German imagery—whether it’s the shores of the Baltic Sea or the German Alps—the trend of dressing up in polar-bear costumes appears to be a distinctly Deutsche invention. Just what made Germans so crazy about dressing up as polar bears has been lost to time. Perhaps an ad campaign by the German Steiff plush toy company (which lays claim to having the “world’s first stuffed toy bears with moveable arms and legs”) deserves credit. Or, possibly, billboards for a zoo inspired the photos. Raiss suggests an enterprising photographer at a seaside resort may have been the root of the phenomenon. Whatever the case, the origin story isn’t half as interesting as the images themselves.

There’s a silliness and a sweetness to the more than 70 photos amassed in Polar Bears. Magical realism may be the best way to describe the visual vertigo of the collection. Certainly, watching the bears, with their overlarge paws and curling smiles, attempt to interact with their surroundings is a radically different framing of the polar bear as we know it. But that’s the point. Polar Bears invites us into a happy fantasy of a world different than the one we inhabit. One where we can imagine we might one day have the chance to waltz with a polar bear.