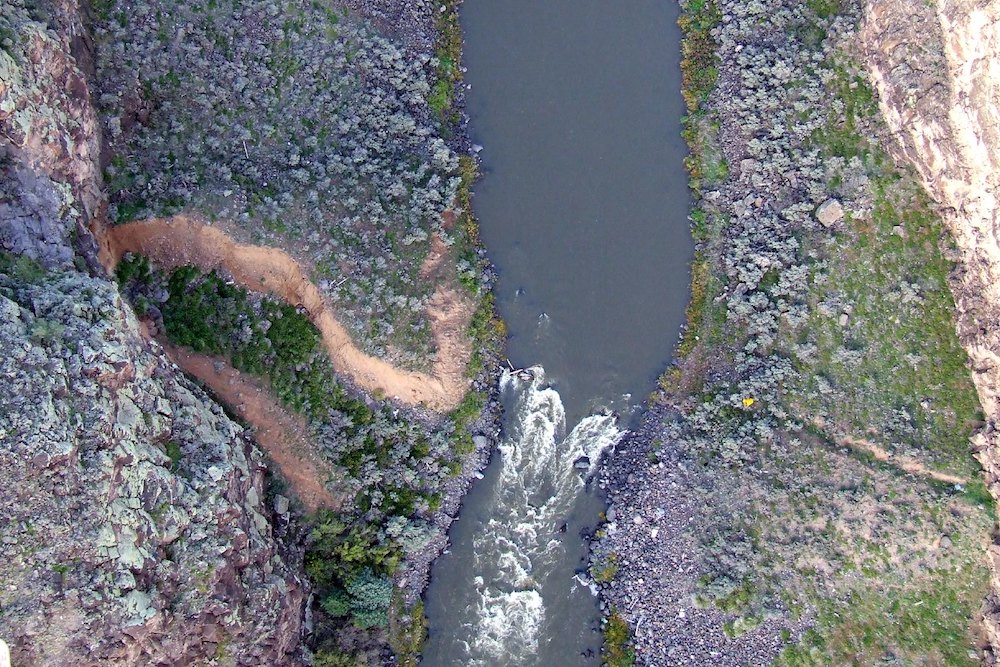 The Rio Grande Gorge from above. Courtesy of Sheila McClune/flickr.

From space the river is loose thread. Frayed but clearly discernible.

A wall but not a wall.

At county, a jailer winds it around his neck. Surrenders to unconditional embrace.

Some will use it for labyrinth. Others for escape as night dictates.

of supposing the air could also be theirs a room sparks as if drowned by gasoline.

Murder is too nice a word
for what was baptized in the water.

Now, at the little church overlooking despair, a new kind of invasion replaces the old.

In false panic
there is no such thing as empathy.