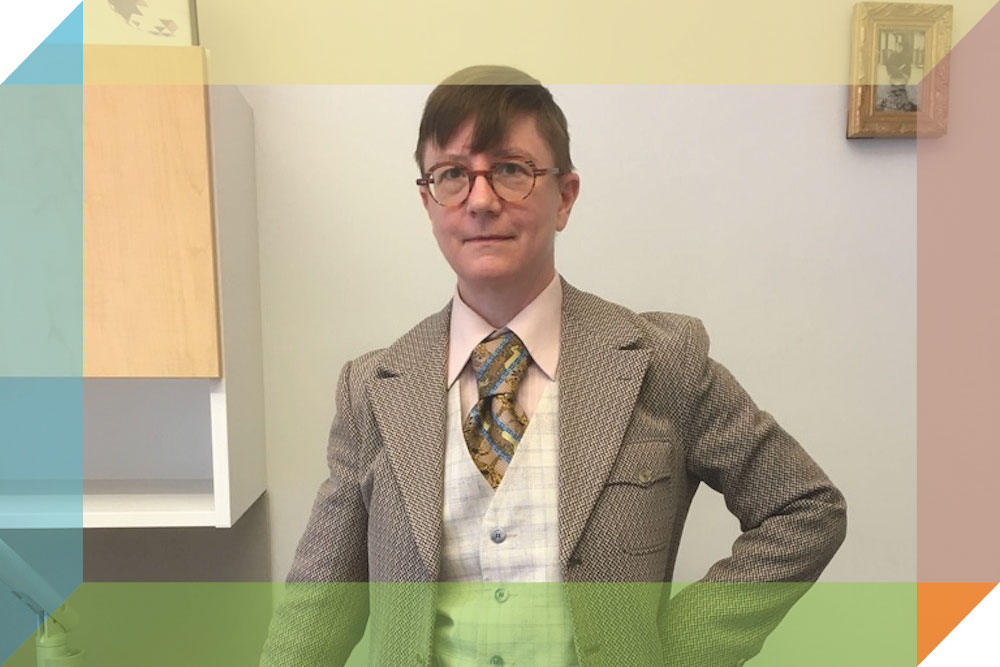 Washington, D.C., is a beautiful, tidy town. For the better part of my years there, I was mostly very sad.

It was not a city I thought I’d first move to in my 40s, after 13 years in New York City and a peripatetic decade in academia. Washington is a good town for nerds but tough on freaks, and I have thought of myself as a freak since high school, which wasn’t cured by coming out as a lesbian many years ago. Washington has no shortage of queers, with or without Republicans in charge. But its tidiness extends to its queer life. I never quite got past the floundering stage of when you move to a brand-new town.

One place where I did find myself in Washington, if only for less than an hour at a time, was at Meeps, a vintage store near the bottom of a sharp slope dropping off from the Adams Morgan neighborhood, across the street from a community center and a few doors up from a gay diner. I lived on the same street, a little over half a mile away, and if two things held true—i.e., if I was feeling a little down but was also recently blessed with a payday—I took myself down the hill to go shopping.

Meeps meant a lot to me because I could indulge my passion for clothes, and for clothing history, without catching any cross glances for also being a butch lesbian who is sometimes more or less indistinguishable from a man. This store and the people who work there made me love the way I look.

I think it’s all to the credit of the Meeps staff that I always felt like I had a right to see how clothes—elegant, fabulous clothes—looked on my body.

I wear men’s shirts, ties, vests, sweaters, and jackets. Meeps, which in March closed shop for the time being due to the pandemic, has a sublime collection of men’s vintage, which is hard to find, and carried enough in small sizes to keep me coming back. The finds were often incredible. About two years ago the owner, Cathy Chen, must have come into a serious cache of ’70s pastel-colored ruffle tuxedo shirts. Since every self-respecting butch dandy needs a ruffle tux, I instantly got one in mint green. But more and more colors kept appearing in the months afterward: sherbet orange, sky blue, yellow, pink.

At one point I even saw a tailcoat. I tried it on and miraculously I could have been Astaire, it fit so well. But one of the staff actually talked me out of pulling out my wallet: “It’s beautiful, it looks great on you, but where are you going to wear it?” He was right. I saved my $100 and later bought a sharp 1960s iridescent blue damask smoking jacket whose label said it was hand-tailored by one Charley Chang at the Hong Kong Hilton. I’ve worn it in public exactly once, but it makes me feel like five-part harmony.

The space is tiny and well kept, but the fitting rooms are spaces enclosed by curtains pinned together with binder clips and clothespins. Like a lot of butches, I find fitting rooms difficult. For many years I avoided them altogether, because of the weird combination of gender segregation, body ambivalence, and surveillance they represent. I’ve thankfully gotten past that unease, but still I think it’s all to the credit of the Meeps staff that I always felt like I had a right to see how clothes—elegant, fabulous clothes—looked on my body. If a beautiful garment turned out to fit perfectly, I would parade around the store, one glance over the shoulder into the mirror in the corner, another in the mirror hanging above the bored-boyfriend settee. The staff would enumerate the ways the garment flattered, if in fact it did. If it was borderline, they would never push me to buy it. It was certainly a transactional relationship, but I’m sure they were sincere.

I think most people with experience as a woman know that this is extremely rare. I do have the advantage of having a slender frame, which is easier to fit and which, of course, is more accepted in a culture that shames people with bodies less normative than mine. But preferring to dress against gender expectations is deeply unsettling to many people, including, possibly, one’s own self. I’ve been harassed and assaulted on the street for looking like a man. So finding a public space that is not explicitly queer but is still explicitly affirming gives a warm feeling.

Toward the beginning of the novel Stone Butch Blues, the gender warrior Leslie Feinberg’s main character, 11 years old, finds her father’s starched-stiff shirts and ties and his two suits, one blue and one gray, which he’s told her is all a man needs. She begins to dress her butch body: “I put on the suit coat and looked in the mirror. A sound came from my throat, sort of a gasp. I liked the little girl looking back at me.” She catches a glimpse of how good it feels to express who she is freely, without judgment—but only briefly, as she’s made to feel the weight of her transgression in the coming scenes. Clothes sometimes hide who we are in our bodies. Other times, they expose it, sometimes painfully. Sometimes they protect it. And rarely, all too rarely it seems, they liberate it.