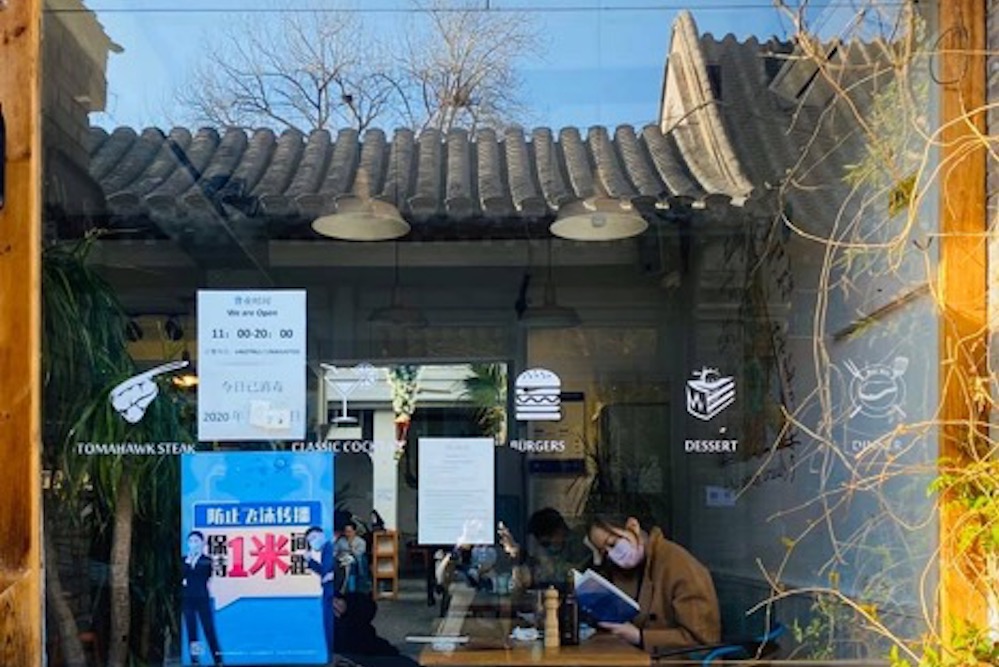 In China, people have recently emerged after spending months in their homes. Ching-Ching Ni, editor-in-chief of the New York Times Chinese website, explained to Zócalo how being stuck at home with her husband and teenage daughters in Beijing changed how they saw their surroundings and each other. 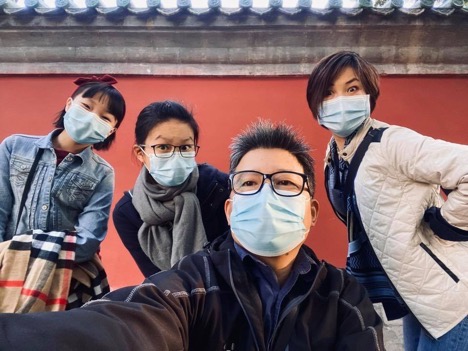 What does the world look like now, after three months in your apartment?

There is a saying on the Chinese social media: “If the pandemic were a soccer match, China played the first half. The world is playing the second half.” Our family, as Chinese Americans in China, is still in that match. We went through the lockdown in China and now are experiencing it through our families and friends overseas. People think the worst is over in China. But there really is no normal for us to go back to. Not just because mask wearing, temperature checking and social distancing in public is a new way of life in China. We are also watching the trauma we just experienced roll across the world in slow motion, striking the people we love on the other side of the globe. How can we relax now? 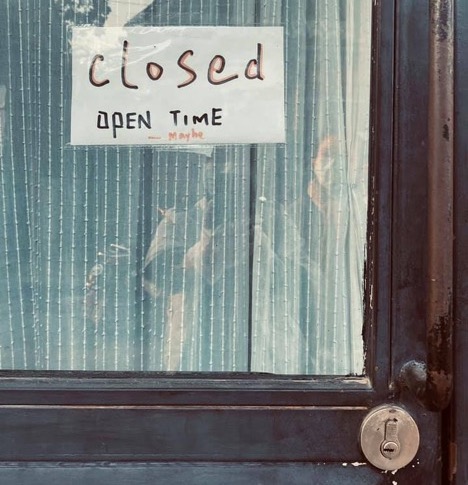 What did you learn in confinement?

We are all used to looking outside for answers: work, restaurants, friendships, entertainment. The lockdown suddenly forced all of us to turn inward, finding the tools of survival and fulfillment from within. The hardest part is losing that sense of control not only over our everyday lives but also the future. The best piece of advice I got was from a psychologist who said we should focus instead on things we can control.

So how did you establish that focus?

It really helped to structure time to try things with my daughters that we would not have done before the pandemic: I could rarely get the girls interested in the news before. Stuck at home, they became more curious. We watched how the Chinese covered it, how the Americans covered it, then we settled on how the comedians covered it. Seth Meyer’s “Closer Look” became our after dinner special. On weekends we chose family movie time. Our favorites included The Joy Luck Club, Little Women, and Jojo Rabbit. I even enticed the girls to try yoga with me as breaks between online school. These activities brought us closer together and helped me stop worrying about the summer and beyond, to focus on the here and now. 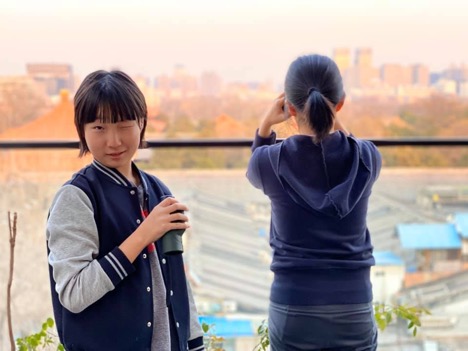 China was the first country to impose lockdowns. Did you have any idea what was coming?

We had no idea what was coming back in January. We didn’t even have a vocabulary for the virus or the threat. The whole country was getting ready to celebrate the biggest holiday of the year. For many families that meant hitting the road to reunite with relatives somewhere else in China. On the day the lockdown was imposed, we were packing for a trip to my husband’s hometown in the Chinese heartland. His parents and siblings had been cooking all day and waiting for us to join them for dinner. We planned to be gone for a week. We had no extra food in the house. And no plans to cook for ourselves. 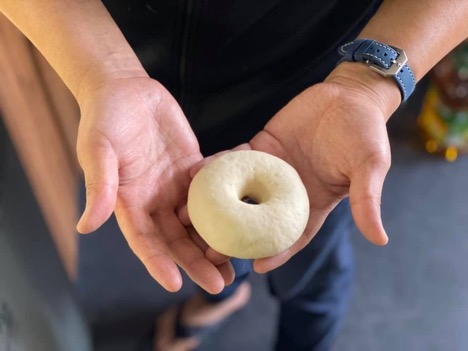 So how did it unfold for you?

We really didn’t want to cancel our New Year’s family reunion unless we absolutely had to—train tickets are so hard to get during peak travel season. Then we heard the city of Wuhan was being locked down. That’s never happened before. If we left Beijing and more travel restrictions followed, we may not make it back in time for the kids to start school. We were not worried about the long-term impact of anything. It was New Year’s Eve. What do we eat for dinner? At first our biggest disappointment was losing one whole week of holiday and a chance to see the grandparents. Then the start of school got postponed. First for two weeks. Which felt like an eternity. Then it became indefinite. We had no idea things would get this bad.

What were you worried about at the start of the crisis?

Our immediate worry was food. Would markets remain open? How long would this last? We knew most of our concerns could be solved online. But we were shocked to learn that everyone else had the same idea. Masks? Sold out. Instant noodles? Sold out. That signaled to us more than any news headline that things are probably worse than we were being told. So we bought what we could and as much of it as we could: MRE crackers. Potato chips. Oreo cookies. Canned sardines in black bean sauce. Luckily, we didn’t actually have to eat any of it besides the Oreos. Because we eventually found fresh produce online. Thanks to brave delivery guys still zipping through an empty city, we could start cooking and eating better than we imagined possible. 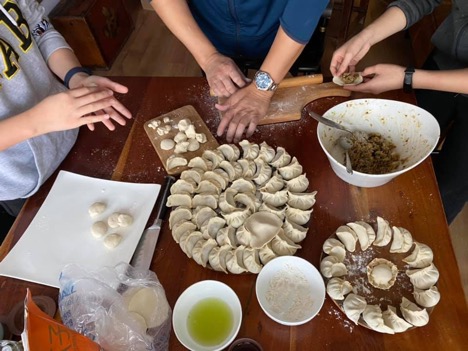 What did your family eat during confinement?

Before this, we didn’t always cook so much or eat so well at home. One of the benefits of living in Beijing is the rich variety of restaurants serving Chinese regional cuisine. It didn’t make sense to cook at home when you could eat out or order in so cheaply and easily.

The only time we cooked a lot at home was when we lived in the States. If we wanted to eat authentic and affordable Chinese food we had to make it ourselves. Many Chinese people only learned how to cook after they left China and became immigrants in another country. So while we traveled nowhere during the lockdown, we journeyed into ourselves and explored a new way of eating and living together as a family. 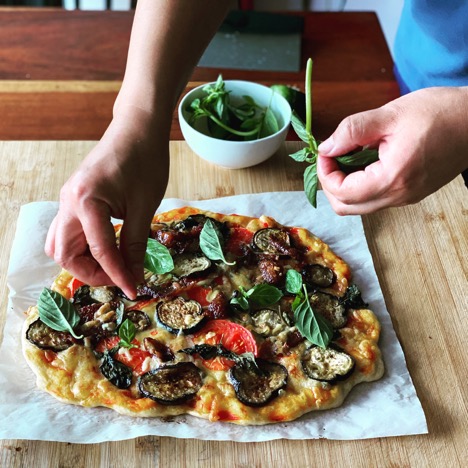 Did eating at home change the way your family relates to each other?

One of the highlights of our days together are the meal times and the stories we shared around the table.

Despite all the amazing Chinese food my husband made, me and my girls missed pizza. To satisfy our Chinese American cravings, my Chinese husband found a recipe online and baked it for us from scratch.

The fresh out-of-the-oven smell brought me back to the first time I saw a savory pie through the window of a restaurant in Little Italy while walking home to San Francisco’s Chinatown, where I grew up.

My girls know mama is a picky eater. But they don’t really understand the context. So I told them when I was their age I was new to America but already I had to support myself by working as a live-in babysitter for another Chinese immigrant family. They introduced me to so many things I had never tasted before. My first slice of pizza, first plate of spaghetti, first bag of BBQ corn chips. I learned then that if I wanted to eat more of the things I loved in America, I had to study hard, learn English and get out of Chinatown. I can’t force the same sense of hunger on my daughters. But I can sprinkle memories that shape their future relationship with food.

Did confinement change other things for you?

China is a big country full of distractions. Suddenly all we can see of it is what’s outside our apartment window.

The girls named a pair of overweight Corgis on a roof across the hutong “Bob” and “Dylan.” Each time the dogs wobbled into view they would drop whatever they were doing to wave and holler. Our younger daughter even wrote a poem and produced a video reflection on the animals in the hutong. Our older daughter turned our apartment into the set of a newscast about life under quarantine.

I sat back to watch the girls grow into this new normal, like the large elm tree outside our window. Through the seasons it defied the elements and survived the unthinkable confines of its home. No matter the snow, sandstorms, all levels of pollution and people who built their houses too close to its trunk. The tree stood its ground. The leaves turned from brown to tender green. Seemingly overnight, winter was over. We too can be strong like the tree, I told myself. Winter will pass. Spring will pass. Life will go on. 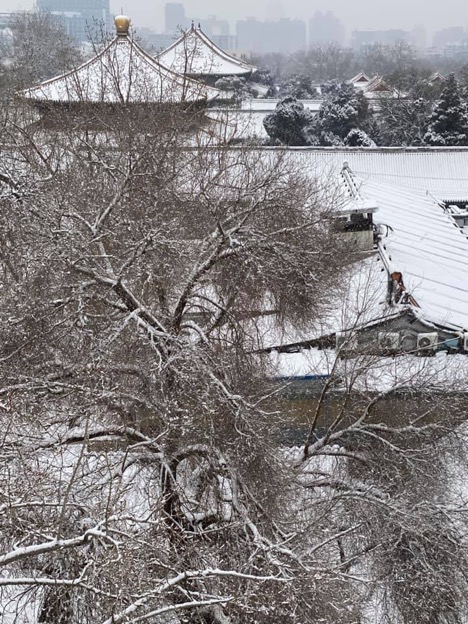 What is on your mind now, as you transition back?

It’s been 16 weeks since we canceled our lunar New Year's plans to shelter in place. Now, my children are so used to their indoor lives they no longer care about going outside. It breaks my heart that I have to force them to leave the house on weekends, to breathe fresh air and move their growing bodies beyond the walls of our apartment. School finally announced a staggered reopening for 12th and 8th graders. Only our younger daughter qualifies. But if she goes she would have to wear a mask all day and continue social distancing in class. Half of the international school’s students and teachers remain stuck overseas unable to return. So most of their learning will continue to be online. What’s the point of going back to school like this they ask?

I have no answers. It hurts me to watch the girls get better and better at taking disappointments in stride. Class trips, competitions, theater productions, graduation. Everything they had worked so hard for, all canceled. For a while I thought at least we will have the summer. Now that’s gone too. We won’t be able to travel back to the U.S. to see family any time soon. Even the fall became a question mark. When I feel like I can’t handle it anymore, my daughters remind me we have all this good food to eat and we can go outside again. Things could be a lot worse.

When word came that yet another highly anticipated summer program was canceled it was I who almost lost it. But my 15-year-old said, “Don’t worry mama, I’ve been preparing for this for 12 weeks.”

Maybe that is the best we can do now. Accept this new reality and be grateful that we are going through it all together, as one family and one world. 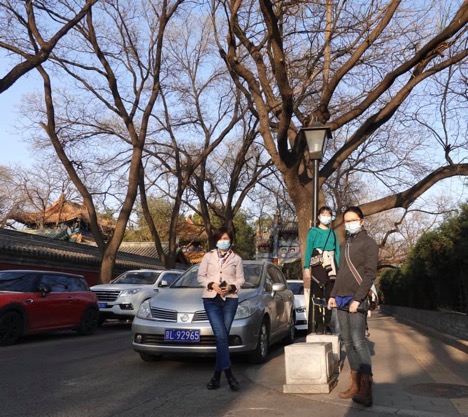