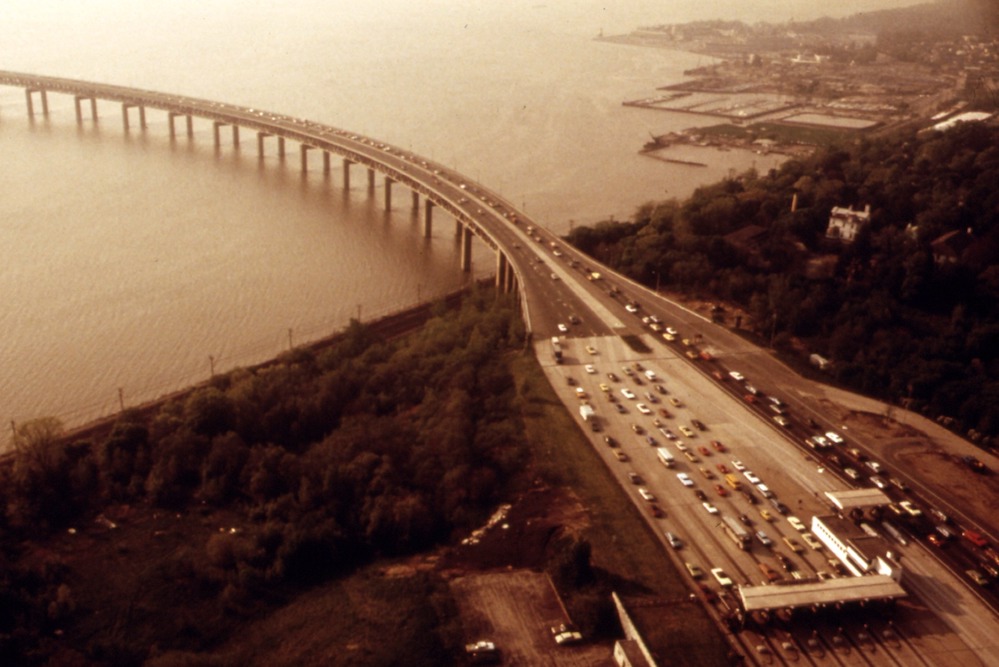 the Tappan Zee of my childhood blown up today after
an inclement weather delay—the wingspan of that bridge,

on the Palisades’ rock walls from mid-drip runoff crystallized
like the sky, which is monochrome stopped-in-time gray and

to remove the remains and on Facebook everyone is doing
the aging challenge: posting photos of themselves now and

simultaneously or at once the buzzing of my son’s cartoons
(someone struggling, someone in distress) we already know

the feeling of your finger in the dial’s aperture, the way we
waited for it to return to us between each number—I can still

the water like whatever is the opposite of a body, like maybe
a crown and the total demolition involved 300,000 tons of concrete

the arcs over and over, when I finish while untangling the cord
and listen, there you’ll suddenly be again on the other end