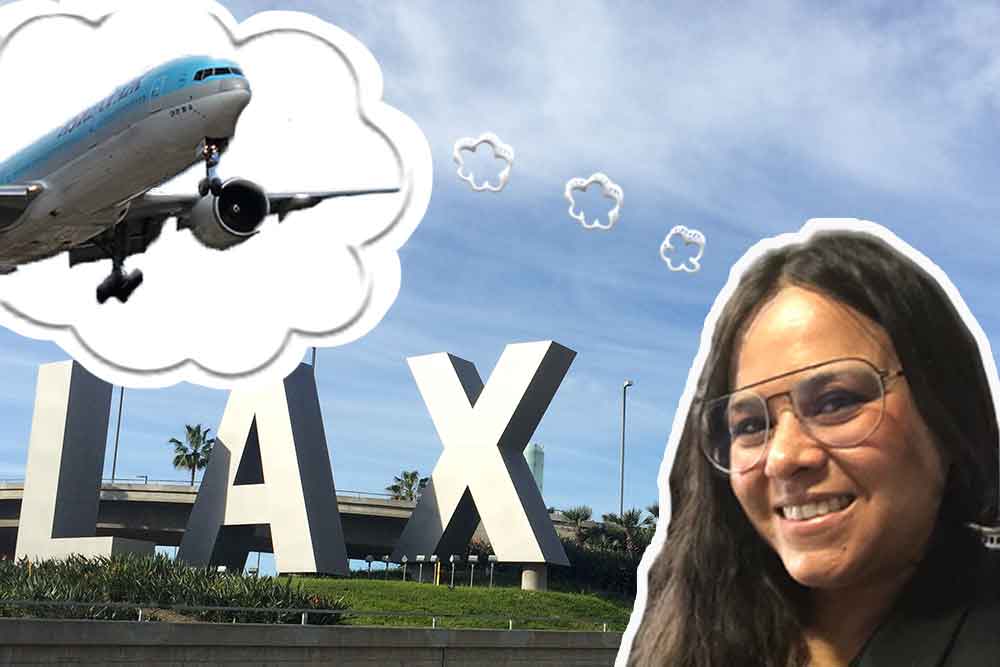 After 12 years in the air, Cathy Torres is contemplating life on the ground. Photos courtesy of flickr, flickr, and Cathy Torres.

Last year, a time in history I want to mark as 2019 BC—that is, Before COVID—I was at the height of my flight attendant career. I had just reached the top of the pay scale at a major airline. Globe-trotting was not only my job but also my pastime. In March, 2019, I took a three-week vacation to Southeast Asia with a group of friends; we toured North Vietnam like Anthony Bourdain, took a midnight train to Da Nang, cruised on a long-tail boat on the Mekong Delta, and went scuba diving off the Cham Islands. A few months later, a friend and I bought tickets to the Spice Girls reunion concert in Edinburgh. After, we booked a Scottish Highlands driving tour with a Guyanese-Scottish stand-up comedian. We stayed up late with locals drinking beer and whisky—only ending the night after a Scotsman started snorting coke on a picnic table. I had a blast, but my crazy adventures do have limits.

I decided to use 2020 as a break from leisure travel. I wanted it to be a year of calm and peace, a year to build my savings, finish some home improvement projects, and work on my screenwriting, the whole reason I moved from New York to Los Angeles in the first place. But I never could have imagined what 2020 would bring.

Aviation—with its sky-high booms and tragic lows—has played out like a Hollywood blockbuster. Evil invades, the hero defeats the evil, happily ever after begins. Then the sequel comes out, and it’s the same thing all over again. The evil has included terrorist attacks, economic downturns, and airplane manufacturing incidents. But not even 9/11 came close to matching this pandemic’s effect on the airline industry.

March 2020 was my last regular month of flying as I had come to know it. Flight attendants typically bid for schedules about a month in advance and receive a line, which is a month filled with trips, or a schedule that has on-call days and off days. Both line-holders and reserves, as they’re called, are full-time employees; one group knows where they’re going, and the other doesn’t. Reserve flight attendants commonly have less seniority, but that’s not always the case.

As I finished my 12th year with the airline in March, I found myself on reserve though working a busy schedule. We knew COVID was spreading, but the fear of a pandemic was not yet a concern. It all seems like a blur: One by one, city by city, starting with everywhere across China, flights were canceling. Nearly all my flights were empty the entire month of March. Still, when COVID-19 hit the U.S., I felt a bit secluded from it all—but nevertheless uneasy. In one sense, as an essential worker, it was business as usual for me: I would drive into the airport on the empty L.A. freeways and be greeted by lines of airplanes parked on the tarmac, empty TSA lines, barren terminals, and minimal passenger loads.

I know we’re not the only industry that’s facing an apocalypse. And I know I’ve glossed over the grind of the job—16-hour days, waking up to the smell of jet fuel at your airport hotel, missing out on birthdays and holidays because you have to be at work.

Just before Hawai’i implemented its mandatory 14-day quarantine on March 26, I worked a trip to Honolulu. I went from empty shop to empty shop seeking alcohol to make homemade sanitizer. I found what I needed at Longs Drugs and decided to buy a facial mask, too, to try and destress. Back at my hotel room, I chowed down on some Korean BBQ, sipped a beer, then stared out my window with the beauty mask stuck to my face, wondering if this would be one of the last Hawaiian sunsets I would see as a working flight attendant.

Shortly after that trip, Congress passed the Coronavirus Aid, Relief, and Economic Security (CARES) Act and saved my job, along with thousands of others. But CARES’s Payroll Protection Program only prohibits airlines from furloughing employees until October 1. Between the millions of dollars per day in losses and the early retirement packages and special leaves on offer, we’ve all known what was coming. Over the summer, more than 50 percent of the airline workforce—from pilots and flight attendants to maintenance and ramp personnel—received warnings of potential furloughs, and in late August and early September, major airlines began announcing upcoming furloughs publicly. My airline family and I have been contemplating our futures as we watch a recently thriving business be brought to its knees completely overnight. 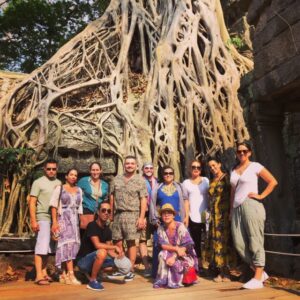 Like so many others whose lives have been affected by COVID, my airline family and I just want our abnormal lives back. Courtesy of Cathy Torres.

I know we’re not the only industry that’s facing an apocalypse. And I know I’ve glossed over the grind of the job—16-hour days, waking up to the smell of jet fuel at your airport hotel, missing out on birthdays and holidays because you have to be at work. I take pride in the work we do. We are the first responders if you fall ill in-flight. We are FAA-certified professionals trained to evacuate passengers in 90 seconds or implement security measures in case of an emergency. Our industry transports organs; hauls mail and supplies in our cargo bins; and reunites families so they can say goodbye to a dying loved one, or hello to a newborn babe. The success of the airline industry is good for everyone, which is why it’s so heartbreaking to see it in its current state.

I now fly about once a month. I receive a guaranteed amount of money to sit at home and wait for that call. I would be lying if I told you that being grounded hasn’t had some advantages. For years, I have fantasized about what it might feel like to be a “normal” person again: to have a healthy sleep schedule, a daily workout routine, eat three meals in one time zone. Now, most mornings I wake up with a cup of coffee and sit at my laptop to write, read an article, or listen to a podcast. I’ve been exploring a more plant-based diet, and my variations on cashew cheese have been shockingly delicious.

I occasionally go hiking at Elysian Park with my friend and fellow flight attendant Lauren. Being at home has been the calm that perhaps my soul yearned for, but my ego and free spirit fought against for years. I could come to better terms with this reality, if it had been my choice.

In July, I had one assignment. It was to report to the airport and stand by for four hours, so that in case someone didn’t show up or another flight misconnected, I could step in, and the show could still go on. That day everyone arrived on time. After my assignment, I walked around the deserted terminals, observing the shuttered restaurants and the lone janitor pushing an empty trash cart around. My extroverted self felt a wave of depression at the emptiness. I left the airport, drove to In-N-Out on Sepulveda, and ordered a burger and fries—giving the proverbial middle finger to my vegan pandemic diet as the restaurant’s signature animal-style sauce dripped on my uniform.

Being a flight attendant is a lifestyle, and many of us have tried to keep our flying lives separate from our home lives. But it’s not that simple. My work life is woven with memories of dining on tapas in Madrid, sipping wine in Paris at the Hotel du Nord, and frequenting jazz bars in Manhattan with the dearest of co-workers and friends. This way of life is ingrained in us, and we’re all trying to solve the mystery of how our identities will change. Who am I, if not a globe-trotting, free spirit of a woman?

For years I’ve avoided the number 13—hotel rooms, flight numbers, floors in buildings. Facing my 13th year of flying, I’m angry and frustrated and anxious—at the company, the union, the members of Congress who won’t sign a new iteration of the CARES Act. But I also know that the only thing that can truly save the airline industry (and maybe my identity, too) is the people. The solution rests on how effectively we come together to fight and defeat COVID-19. Like so many others, my airline family and I just want our abnormal lives back. Days filled with flight delays, crowded seats, and jet-lagged insomnia. Let’s hope we get there sooner rather than later.