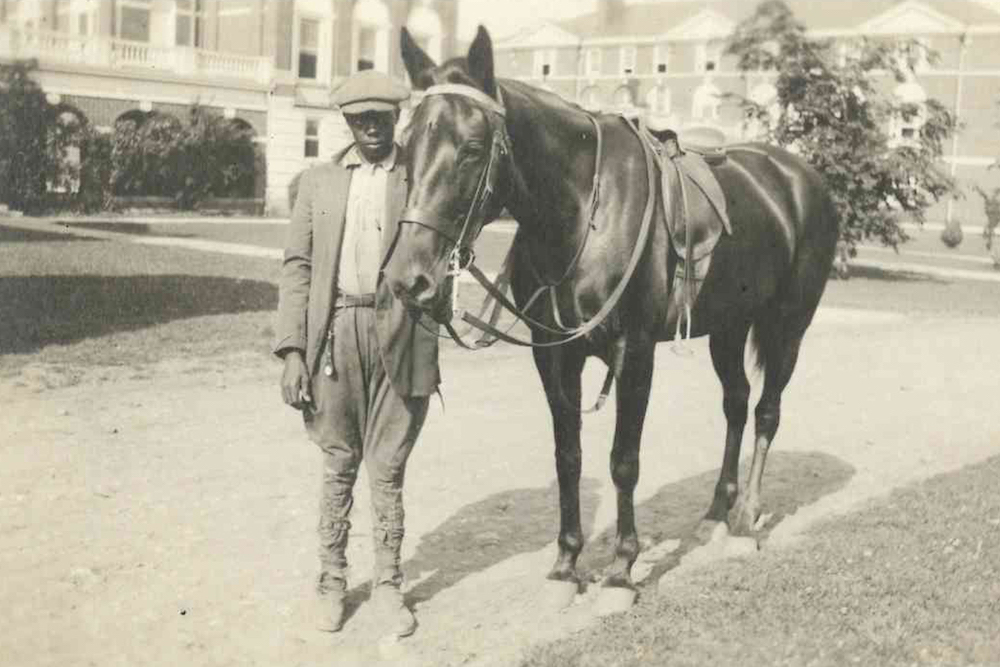 Twenty years ago, an equestrian instructor at Sweet Briar College in rural Virginia stumbled over a stone in one of the horseback riding rings. It turned out to be a headstone from a forgotten cemetery. Sweet Briar College has been grappling over that cemetery’s meaning ever since.

There’s a long-standing equestrian tradition at Sweet Briar College, one that is touted in contemporary marketing brochures and on the college website homepage alongside its engineering program and U.S. News & World Report ranking. There’s also a long tradition of honoring the founder of the Virginia women’s college, whose family is buried under large granite and marble memorials at a site called Monument Hill. At the heart of both of these traditions is antebellum slavery. The superficially bucolic liberal arts campus, with its stables and fields, was once a thriving plantation; Sweet Briar College was established in 1901 by a daughter of the plantation’s owner, an heir to his wealth. 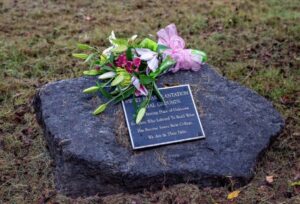 I was a visiting instructor of anthropology and archaeology in 2001 when the director of the riding program shared his concern about a possible graveyard on the riding grounds. The dean of students asked me to help assess the observation. Over the next year, I worked with several faculty colleagues to map the dislocated gravestones and sunken burial depressions of over 60 souls: African and Native Americans, all enslaved people and free laborers who had worked for the white family buried about a mile away. Throughout this work and in the years that followed, no below-ground burials were disturbed. The horse trails and jumps were relocated to preserve the integrity and sacredness of the site. We located a descendant, Rev. Jasper “Eddie” Fletcher, who had heard stories about his great-grandfather being enslaved on the plantation.

As the college’s horticulturalist and her team cleared the overgrown part of the graveyard, the president of the college and the board of trustees decided to commemorate the slave cemetery with a plaque. The college was reluctant to use the term “slave” or “slavery,” so the 26-word inscription avoided both terms: “Sweet Briar Plantation Burial Grounds—Sacred Resting Place of Unknown Founders Who Labored to Build What Has Become Sweet Briar College. We Are In Their Debt.” The words were etched in metal and added to a large boulder at the edge of the cemetery.

The plaque was important, but the activities centered around it that day were what mattered.

On April 24, 2003, Sweet Briar College held a memorial service to unveil the plaque. For the first time in its 102-year history, the college officially recognized its connection to an antebellum plantation and the enslavement of men, women, and children. The plaque was important, but the activities centered around it that day were what mattered: the gospel choir’s songs, the speech given by Rev. Fletcher, which exhorted individuals to pray for the unidentified souls buried in the graveyard, the college president’s pledge to “claim our past, and to acknowledge and embrace many of the unknown people who labored as slaves on the Sweet Briar Plantation,” and the discussions that occurred among townsfolk, students, faculty, and administrators as they pieced together parts of local history and the origins of the college.

Yet the initial interest in the cemetery for enslaved families faded between 2004 and 2014. The site in the forest became overgrown. Fewer and fewer visitors came.

Ironically, this decade of declining engagement by students and administrators was a critical and successful period of research into the cemetery and its stories. Faculty in the history department transcribed archival documents, a pair of geologists studied the environmental setting of the graveyard and the plantation itself, and I started a decade-long effort to study the lives of the enslaved families and trace their descendants. I worked with local historians to uncover the earliest African and Native Americans who were enslaved at Sweetbrier Plantation. I was able to share with their descendants never-before-public photographs and archival documents from the Sweet Briar library. And I realized that about a quarter of the college’s hourly labor force could trace their ancestry back to people buried in the cemetery. 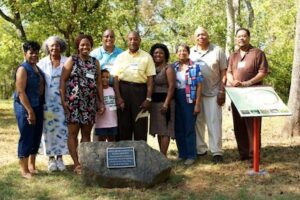 We best remember individuals from the past when we combine memorials with rituals, like lighting a candle for a deceased relative on their birthday or bringing flowers to a loved one’s headstone. The descendants of Sweetbrier’s enslaved and free laborers know this. In 2008, two cousins hosted a large family reunion at Sweet Briar for descendants of the Black Fletchers. As people gathered around the rough-hewn fieldstones, Rev. Fletcher led them in a Christian ceremony while another relative performed a West African-inspired libation ceremony, blending two traditions, just as enslaved families had done.

The administrators of Sweet Briar College know this, too: They hold an annual procession along gravel roads up to Monument Hill where the white Fletchers are buried. When Indiana Fletcher Williams willed money and land to establish the college in honor of her deceased 16-year-old daughter Daisy, she added a handful of conditions. One instructed the college trustees to ensure that her family’s graveyard was cared for. The college took this one step further and designed “Founders’ Day,” held every October on or near the date of Indiana’s death to honor and remember the bequest.

Generations of Sweet Briar students have brought daisies to lay at Daisy’s grave while campus leaders give speeches of gratitude. Some graduates may have forgotten the details, but it is doubtful that they would forget an elaborate commemoration that included white dresses, pearls, and a long walk up a steep hill to a marble headstone. The ritual of that procession memorializes the college’s founders for perpetuity.

In 2015, the college faced the threat of closure. The initial shock and then all-out battle to “save Sweet Briar” reenergized generations of alumnae. Perhaps not surprisingly, part of the emotional connection that these women felt to their alma mater revolved around traditions. And for some, the absence of commemorations that recognized the forgotten founders of the school was a glaring absence. Accordingly, alumnae and students took the lead in crafting rituals to honor and remember the cemetery for African and Native Americans in the Founders’ Day rituals. Several versions of new traditions were attempted: a sunrise service at the graveyard, a procession the day before or after Founders’ Day to lay daisies on the graves of the enslaved individuals, and a continued focus on inviting descendants to speak at these ceremonies.

The 2020 version of the annual Founders’ Day ceremonies was a culmination of years of experimentation. I was invited back to campus to share some of the accomplishments and contributions of the “invisible founders.” But the most powerful speech was given by Dwana Waugh, the first tenure-track African American professor at the college, who also led a procession to the historic graveyard. “On this walk, we reflected on the hands that helped to build and sustain Sweet Briar with their labor. The cemetery, which until more recently, has remained part of the college’s hidden history, is now more visible,” she reminded the college community. “This walk represents a way to acknowledge those who would have been excluded from campus life for much of Sweet Briar’s earliest years.”

Practically, cemeteries house the dead, but more powerfully, they serve as physical reminders of the contributions of our ancestors and as outdoor museums. A community chooses how to reinterpret or even deliberately forget certain events. Physical markers, such as statues or plaques, can withstand the passage of time, but without active engagement from the living, the memories they represent can fade into neglect and even be lost.