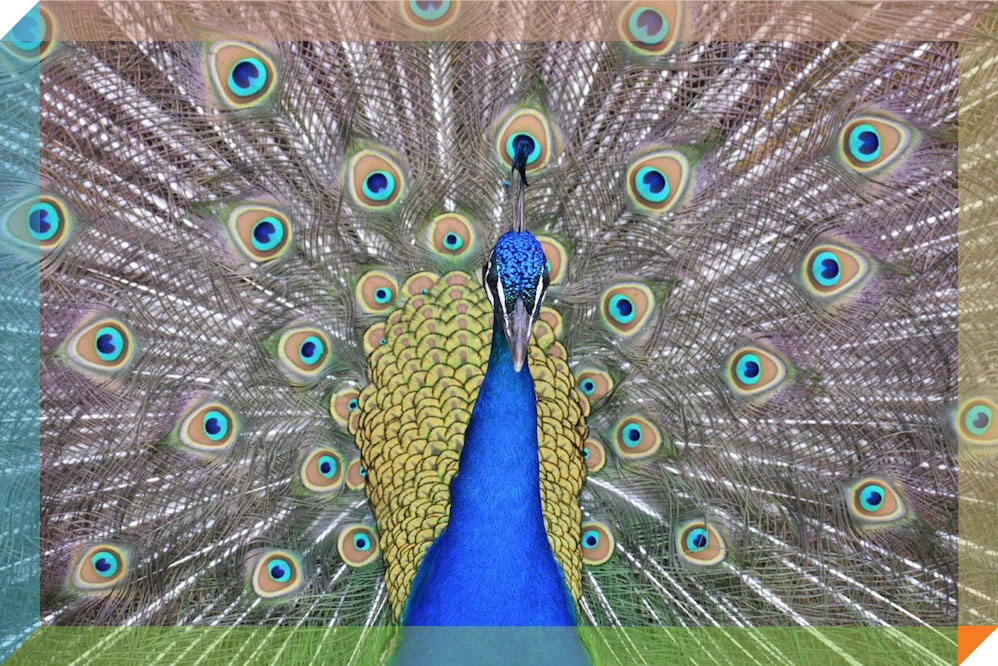 When the pandemic fell upon the earth, my husband Andrew and I went to the L.A. Arboretum. Few other Southern California locations remained open after Gov. Gavin Newsom issued our first stay-at-home order last March. We could go outside to take in some exercise, but where were we going to do this? Andrew and I live in the San Fernando Valley, and the Santa Monica Mountains Conservancy had padlocked the Fryman Canyon and Franklin Canyon trails near us. But the Los Angeles County Arboretum and Botanic Garden, 25 miles east of us in Arcadia, in the San Gabriel Valley, remained open from 9 to 5, and you could get in there as long as you signed up for a daily slot before they filled up.

After a few failed attempts, we obtained our tickets online and went there on a Wednesday morning. We arrived barefaced; the CDC would not recommend the wearing of face protection until April. Andrew and I drove up through the eerily peaceful suburbs to the garden’s parking lot.

As we looked for a spot, we saw a flash of bright blue feathers and heard unearthly screaming. Even though I have lived in Los Angeles County since 1995, this would be my first encounter with the Arboretum’s famous peacocks, who would soon become my icon and totem for the pandemic.

At the Arboretum, peacocks ran and flapped everywhere. Stunned-looking human visitors lumbered about the entrance’s closed Garden & Gift shop, attempting to avoid the male birds that stood in the centers of the one-way paths, fanning out their luminous green tail feathers and shaking their bottoms to a higgly jiggly beat. The insistent peacocks were attempting to attract the attentions of the little brown peahens, whose only concession to beauty standards is their brief spray of emerald plumes at their necks and jaunty crown of brown quills sticking out from the tops of their heads.

The peacocks’ butt-dance was the only funny thing that I had seen in a month, but these males turned out to be really mean. Several times I saw toddlers attempt to make contact with the beautiful creatures, only for the peacocks to issue their inimitable honk and scream: BLAP AYAA AYAA AYAA! Some of the parents in the Arboretum crowd smiled wanly as they clutched their trembling-lipped offspring, while other people ignored the birds and instead stared daggers at others who dared stray within their six feet of space.

In short order, the peacocks’ surreal dramatics embodied for me the growing sensation that we had all stumbled into an alternate world full of exotic threats and operatic crises.

As Andrew and I poked around the Arboretum’s Engelmann Oak Grove and Ficus Collection in those early weeks, we wondered how bad this new disease would be. Was it just “the flu” as Trump suggested, or would it be the end of the world? Andrew said it was not the end of the world. Andrew said that we should continue going to the Arboretum, and I should look at the flowers and the horrible, gorgeous peacocks and think about nicer things than the strange varieties of death that SARS-COVID-2 appeared to render possible—death by suffocation; death by organ failure.

We continued our morning Arboretum ritual through the spring and early summer. We bought a membership ($60 per person, but discounted to $50 for teachers). People at the Arboretum were wearing masks by late March, even before the CDC recommended it. At first, Andrew and I tied T-shirts around our faces, looking like bandits and trying not to touch anything. The Arboretum admits people through a large iron turnstile that we would push with our elbows.

On March 31, the journal JAMA Ophthalmology reported that people could get COVID through the eye, despite the low prevalence of the virus in tears. I would bend over purple bearded irises in the Arboretum’s Rose Garden, attempting to rid myself of any COVID by sobbing over the flowers. I later learned to manage my anxiety by bringing my camera and taking plangent photographs of the peacocks racing hither and thither, then texting my friends daily images of the birds’ aggressive pecking and shrieking. In short order, the peacocks’ surreal dramatics embodied for me the growing sensation that we had all stumbled into an alternate world full of exotic threats and operatic crises.

I was not the only visitor embracing therapeutic photography. On the Arboretum’s Aloe Trail, in its Madagascar Spiny Forest, and around its shimmering blue Baldwin Lake, one could find a large assortment of Angelenos almost obsessively snapping the garden’s peafowl, as well as its succulents, hollyhocks, and Shot Silk roses. Were they trying to distract themselves from the rising COVID-19 death toll, or the agonizing news of George Floyd’s and Breonna Taylor’s murders at the hands of law enforcement?

In August, the heat hovered between the 90s to 100s, but Andrew and I continued our morning pilgrimages. The Arboretum’s roses now looked seared and a layer of dust seemed to cover everything. Still, we were grateful for the access. By this time, the Fryman Canyon trail near our home had opened back up, but it was so crowded, and its users so often maskless, that I was too scared to run on it. On September 6, though, the Bobcat Fire let loose in the San Gabriel Mountains and soon after, the sky turned orange. That same day, it was 114 degrees in Arcadia—too hot for a trip to the Arboretum. A week later, parts of the city were under an evacuation order.

When Andrew and I finally returned to the Arboretum on a weekend in late October, we strolled around the pale blue vantage of Baldwin Lake, with its encirclement of dark palm trees and plashing Great Blue Herons and Mandarin ducks. After an hour of flower basking, we made our way to the exits, only to get ambushed by our old frenemies, the peacocks. They ran past us on the paved path outside the Arboretum’s Gardens for All Seasons, honking. As we looked at them, I raised my camera and then lowered it, shaking my head because I already had six hundred shots of the birds bullying children and fanny-waggling. Back in March, the peacocks had briefly struck me as paradisiacal symbols of our new surreal world, but I now saw them as gargoyles who manifested the grouchiness and fear that we all felt.

Meanwhile, a gardener with a long, white beard put-putted past us on a motorized cart. “They attack you, the peacocks,” he said, squinting at a bird shaking its butt. “They assemble in a V-formation and hunt you in packs.”

Andrew put his hands in his pockets and looked up at the sky. I kicked at a rock and tried not to think about the fact that COVID was spreading everywhere, that the world had just reported a million new cases in three days, and that the presidential campaign still had another month to go.

“That sounds about right,” I said.