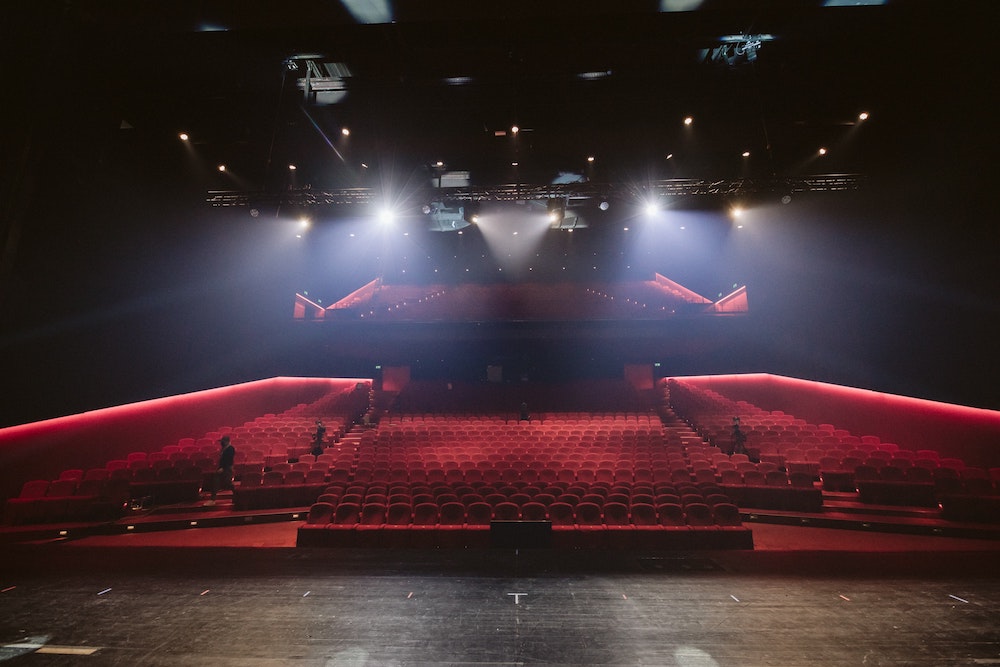 History shows how badly Americans flubbed our First Reconstruction in the aftermath of Civil War. Although we did better, we hardly lived up to the lofty intentions of the Second Reconstruction during Civil Rights. Now we may well need a Third Reconstruction—a New Reconstruction—if we ever truly want to unite our divided states.

When the new Confederate insurrectionists entered the Capitol on January 6 with their old battle flag, their white aggrievement, and their plan to sabotage the democratic transition of power, the American system held firm and stayed functional—barely. Now all of us are tasked with not only renewing the basic functionality of the Union but remaking it, and there’s not a moment to lose. “Build Back Better” may have sounded quaint a few months ago: Now it’s a mantra.

Even the job title playwright denotes that the writer makes or builds their play, the way one might make or build a barrel or a wheel. Plays are constructs, and the best of them are built and rebuilt over time for optimal function.

Many wags have compared our current political players to Shakespeare as a way to read their characters, but I would prefer to focus on American plays—not simply to make pithy parallels, but to show how our theater history reflects our national history, and how playwrights and other theatre artists have struggled with that reflection, constructing and reconstructing over the decades. We own this history, whether we want to or not.

After all, Lincoln was shot while watching Our American Cousin. Although that play had an all-white cast, the post-Civil War Reconstruction was a time of minstrel shows and blackface. Stage adaptations of Uncle Tom’s Cabin (faithful and otherwise) played nationwide. One of the first known plays by an African American writer, The Escape, Or A Leap to Freedom, by William Wells Brown, was published in 1858 but did not receive a full production until 1871. If the Reconstruction had not been stopped in its tracks by the Compromise of 1876 and the KKK, then we might have seen more plays about the Black experience—possibly even with actual African Americans playing themselves.

It wouldn’t be until the Civil Rights Era that BIPOC artists finally constructed a stage of their own design and peopled it freely, giving voice and body to actual people of color. Productions such as Lorraine Hansberry’s A Raisin in the Sun (1959), Amiri Baraka’s Dutchman (1964), Ed Bullins’ Goin’ a Buffalo (1968), Adrienne Kennedy’s Funnyhouse of a Negro (1964), and many more.

The dramatic breakthroughs didn’t only happen in cities. Using flatbed trucks as makeshift stages, playwright Luis Valdez reflected the fears and desires, not to mention the comedy, of grape pickers on strike in Delano, California, with actos such as Quinta Temporada. Perhaps for the first time, the workers saw themselves.

The progress could be slow. Frank Chin’s The Chickencoop Chinaman became the first Asian American play to receive a major New York production—but not until 1972. It would be longer still before Native American playwrights could bring their stories to light on stage. But they did, with time. As Civil Rights legislation addressed our original sin of discrimination and reconstructed something closer to equity in housing, voting, and policing, American plays such as these put dark meat on the bone.

These plays have inspired new work on both stage and film ever since; they help us not just to see, but to feel what it was like to be a person of color in America in a time when discrimination still ruled. They question power. They zero in on the cracks in the monolith, and they summon drama to break through to the other side—whether in terms of race, gender, economics, or any other identifiers used to divide and monetize us.

Perhaps, in order to reconstruct for better function, we need a bit of deconstruction too—particularly when it comes to ideals and concepts. Plays don’t just mean what we think they mean today, because meaning changes over time. What signified as progressive in the 19th century may look regressive now. It’s inevitable that the progressive constructs of our moment will one day look chintzy, wrongheaded, ignorant. But that shouldn’t stop us from trying to point to the painful places where America can improve to build back as best we can.

Set in 1898 in “A Deep South of the Mind,” a play of mine called Ragged Time (1996) takes on the original sins of slavery and discrimination. In a scene between Abe the Newsboy, a Jewish immigrant and self-proclaimed hero of a thousand fights and Freda, the woman he loves, who happens to be an African American prostitute trying to pass, the following dialogue occurs:

ABE: This is history. You, me. Hell, we make our own history. No matter
what happened in the past. This country is our slate—right now, right here—and we get to rub it clean. (a fighting pose) I’m the slate. And look at me now! Abe the Newsboy!
FREDA: (with disdain) Real clean.
ABE: I think so. I come a long way. And my kid is gonna come a long way
further. And his kid. And all the way, till we finally get to Zion. That’s what
a kid can be to folks like us. (tenderly) You done a bad t’ing. I done bad
t’ings too. But it’s got to stop. It’s got to stop! This is a free country!
FREDA: Nothing free. We both know that.
ABE: But one day it’ll be.

The “bad t’ing” here involves the sale of an abandoned Mexican boy, whom they might foster. Talk about an American nuclear family.

Plays of the New Reconstruction must not be cowed by “safetyism” and censorship. Trigger warnings are fine, but plays are about triggers—and good ones are willing to shoot. If plays can’t tell it like it is, then they lose what power they have left. Plays test us, force characters to make choices, and follow the consequences—even when things get ugly.

In America Adjacent (2019), the brilliant young Filipino American playwright Boni B. Alvarez writes about a group of expectant mothers of so-called anchor babies. Their children will receive U.S. passports, but the mothers are beginning to wonder if America is all it’s cracked up to be.

Sampaguita, a Filipina from the provinces who speaks Visayan, not Tagalog, starts her American journey with youthful curiosity, but grows disillusioned. She begins to form her own judgement about the big lie about freedom, which feels more and more like a prison:

We hide in chairs, living in low volume, pretending to America we are not here … if we are willing to endure these hardships for our children, it means our country is not as good, no?” she asks. “If our country is not so good as the U.S., that means we, Filipinos, we are unimportant compared to Americans also. … It is as if—it seems if our islands drown in the ocean tonight, the world will not be affected. Like nothing happened. This is not true for America, I don’t think.

Speaking about his play, Alvarez told the Los Angeles Times: “I’m still trying to find my place. I think that’s why my plays don’t really offer solutions or timelines. My plays just offer you things to think about, from multiple lenses.”

We may have dodged the bullet of the New Confederacy on January 6, but plays of the New Reconstruction must imagine what might have happened had the bullet hit. In 1935, as Hitler solidified his half-nelson on the neck of the German people, Sinclair Lewis wrote It Can’t Happen Here, about a fictional American dictator’s rapid rise and the fall of democracy as we know it. No wonder the novel, and the play it became in 1936, have received renewed attention in the last five years.

The ancients desired catharsis in their staged tragedies so that they might cleanse and purify their minds and hearts, and thus renew, restore, and rebuild their human selves. Catharsis demands purgation. As in Lincoln’s time and during the Civil Rights Movement, we have reached a moment that calls us not only to bind open wounds, but to disinfect them.

Congresses and presidents and courts can only do so much. Art made by us and for us may well turn out to be the best disinfectant, its basic ingredients being truth, reconciliation, and recompense. These must go together if we are to ever truly sanitize the original sin of American injustice symbolized by the Confederate battle flag. Truth is essential. Reconciliation is a choice. Recompense is long overdue.

That’s why we need writers nationwide to engage directly in our New Reconstruction. Last year at USC’s School for Dramatic Arts, the actor David Warshofsky and I created New Theatre For Right Now, an event that will take place each fall, inviting actors and writers in our Master’s of Fine Arts program to deal head-on with the problems of our immediate present—from pandemic to protest, from climate change to loneliness. This and future years will give our student artists a new palate of themes from which to choose.

Chances are good that the next generation of United Statesians will be wondering how to build back the broken aspects of the national cultural institutions we hold dear. Writers can and should do the same. As one rebuilds a corroded barrel or a busted wheel, the new work of playwrights needs to test the function and then reconstruct our sense of who we really are, how we really feel, and why the Confederate battle flag and other symbols of injustice have no place in the Capitol, or anywhere else.