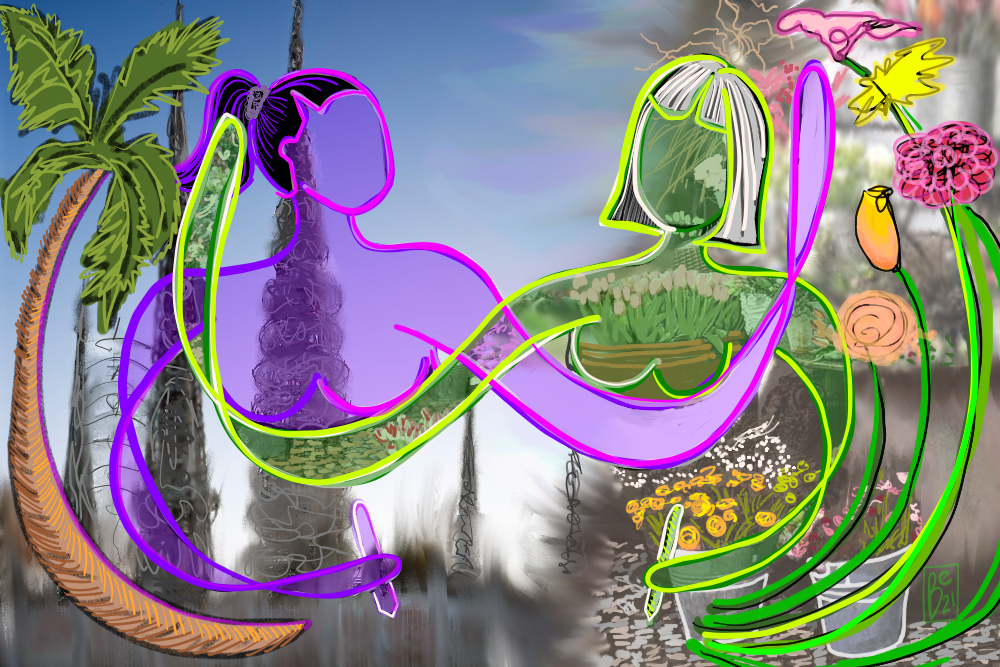 How can we celebrate the people we’ve never met who helped get us through the worst year of our life?

When I was a child, my grandmother often expressed the importance of communicating with everyone. She backed that up with her own behavior. When she walked down the street, she spoke to everyone. It did not matter if you were elderly or a child, or if you spoke English or Spanish. She had a smile and a conversation for you.

My grandmother knew people mattered, so she invested her time and energy in people. However, as she aged, she observed that her approach was becoming rare. She talked about how, in the age of technology, most people believe they do not have time for communications longer than a 160-character text message—much less time to develop genuine friendships that last for decades. In fact, people were barely speaking to one another.

As much as I hated to admit it, I had noticed it too.

My grandmother’s wisdom opened my mind to having a pen pal. This hobby—exchanging regular letters with someone on the other side of the world that you may never meet in person—used to be popular in the 20th century. But many people consider the practice outdated in the digital age of Facebook and Zoom. Today, when I reveal that among my longtime friendships is a relationship with a pen pal, with whom I communicate solely through long emails, people find it odd.

It isn’t odd—it’s wonderful. My relationship with my pen pal is one of the most valuable friendships I have ever had, even though I have never met her in person, or even heard her voice.

It all started in 2013. I was on my way to USC to meet with Kerstin Zilm, a German radio personality who wanted to interview me about being a struggling student at Long Beach City College. I did not know much about German culture or the German audience who would listen to the show, but I agreed to do the interview for two reasons. The first was that Kerstin was a journalist who I trusted—she had mentored me when I was part of a program called Reporter Corps. Second, I had internalized my grandmother’s advice. I felt that telling my story to whomever was interested was better than keeping it to myself. You never know who could learn from, or be intrigued by, my life experiences.

After the story aired, a woman named Renate reached out to Kerstin, inquiring how she could find me and help me financially with college. I thought it was great that Renate, who resides in Germany, wanted to assist with my education. My pride did not allow me to accept money—I was looking for a job to make ends meet—but I didn’t let the opening drop. Encouraged by Kerstin, I emailed Renate back thanking her for inquiring about my status in school. This would be the beginning of a beautiful transcontinental friendship.

At first, Renate and I emailed each other twice a month. She wanted to know a lot more about my life growing up in Watts, my attempts to further my education, and whether there were ways beyond finances that she could help. I did not have a specific answer for her last question, but her moral support was important. Just having someone rooting for me and my education gave me a boost.

Her support kept coming, in various forms. She would email me articles, send books, and began a tradition of having a birthday cake delivered to me every December on my birthday. I emailed back more frequently. It got to a point where, when I had a good day, I couldn’t wait to tell Renate. And when I had a bad day, I couldn’t wait to tell her as well because I knew she would make me feel better. After one rough day at work, she reminded me how strong she thought I was.

“You really have the heart of a fighter,” she would say in her email, “But fortunately you also got soul, smarts and compassion. In this way you are a rich person.”

Whenever I needed encouragement, she always delivered. After a couple of years of pen pal friendship, we were emailing at least once a week. I even downloaded WhatsApp so I could talk to her more frequently.

My relationship with my pen pal is one of the most valuable friendships I have ever had, even though I have never met her in person, or even heard her voice.

The more I spoke to Renate, the more I learned about her family life, her culture, and a world I couldn’t have imagined prior to connecting with her. I learned that, like many Germans, she celebrates Christmas on December 24. I learned that she has three daughters (her youngest, now 28, is just a few months younger than I am) and a couple of pets. And I learned that, while she is a doctor who has an obstetrics and gynecology practice with a friend, she also has ambitions to hold a political position in Hamburg.

Mostly, across the distance, I glimpsed her kindness and thoughtfulness. She gives away bouquets of flowers weekly to her patients. I also experienced her warmth firsthand. “Sending Virtual Hugs,” she ended all of our emails.

We continued emailing often, and even made plans to meet each other in person, in Europe, in spring 2020. Renate advised that, to make the most of the experience, I should consider taking a month off from work so I could do more than visit her in Hamburg. I should get to London, Amsterdam, and other nearby cities. I had never taken a month off work or been out of the country before, so I was beyond excited to meet my pen pal and plan a trip of this magnitude.

But as I prepared for what I thought would be the trip to remember, I received the worst news I’d ever gotten. In December 2019, I learned that my grandmother, who had been struggling since suffering a stroke earlier in the year, had also been diagnosed with stage 4 breast cancer and only had a few months to live. I was devastated and depressed at the thought of losing the woman who raised me.

I quickly advised Renate that I was in no state to travel anywhere. She, of course, understood—and let me know that she was there for me as I dealt with this devastating loss.

And she was as good as her word. We communicated as much as ever before. She sent handwritten notes, emails, encouraging articles, and small gifts to bring me peace. She soon became a better friend to me than some of the friends I had known personally and longer.

In March 2020, my grandmother passed away. I wasn’t quite prepared emotionally to travel just then, but I promised myself that I would definitely meet Renate one day. Just as I started to figure out how and when to reschedule the visit, the coronavirus arrived and changed life as we knew it. Travel to Europe was banned. It still is.

The loss of my grandmother and the arrival of the pandemic were twin blows that deeply saddened me. Fortunately, Renate, who had only recently become a grandmother herself, never stopped offering words of encouragement. The prayers kept coming. She advised me to think back on positive memories of my grandmother. In one email, Renate wrote, “Keep the attitude your Grandma taught you. See things as she did. Deep down in your character and soul, it will be your spiritual gold nugget. Also, remember all the good times you spent with your grandmother. She contributed a lot to who you are—a very precious person. She will send you more such gifts from heaven.”

When I read it, I smiled for the first time in months. It was good advice. It also reminded me of how my grandmother had taught the importance of communicating, of establishing bonds with others. It seemed fitting that my bond with Renate was helping me handle the loss of my grandmother.

My friendship with Renate has become so important to me that I can no longer envision a life where I was not her friend. She has become a friend forever.

I write this now, in February 2021, shortly after receiving an email from her, about how it’s 12 degrees and snowing in Hamburg. She advised me that she wanted nothing more for me than to “Be successful!” this year. She added, “Occasional flops are allowed as long as you get up after stumbling, fix your crown and continue walking [with] confidence.”

Reading the email, I thought of two things. The first is that, having grown up and lived my whole life in Southern California, I’ve never seen snow before. The second is how important it is to me that I meet Renate in person—that the emails, pictures and WhatsApp text exchanges, while so important, are not enough.

My pen pal for nearly a decade has sent me virtual hugs at the moments in life when I need them most. I am more determined than ever that, as soon as the pandemic and life make it possible, I will get on a plane, and turn all the virtual hugs into real ones.