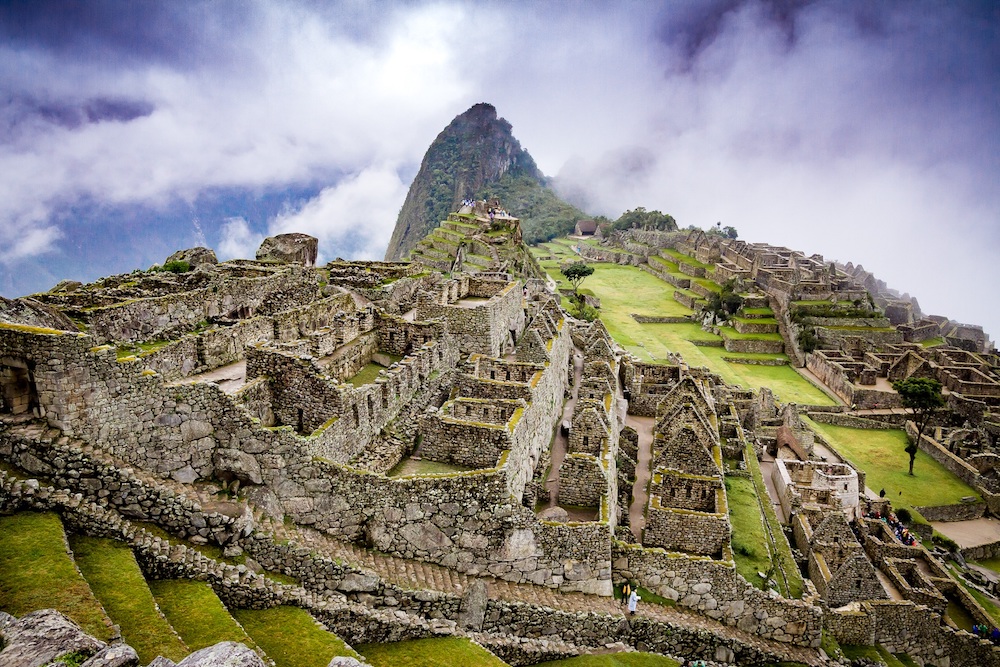 From Machu Picchu to the Mediterranean, humans have invented and reinvented cities, over and over again. Courtesy of Poswiecie/Pixabay.

Sometimes it feels like we made a wrong turn a long way back.

Perhaps it was the shift to fossil fuels and scientific medicine that led us to this place, a population of nearly 8 billion crowded onto a warming planet, a terrestrial species melting the ice caps so there is less and less land to inhabit or to grow food.

Or maybe it happened further back, with our jump down the food chain to become growers and eaters of grass (and maize, and rice, and sorghum). Agriculture started the slow demographic explosion of the last 10 millennia, pressing on biodiversity, and bringing on the sixth extinction. The anthropologist and political scientist James C. Scott makes a strong case in his book Against the Grain that the shift to agriculture also ushered in slavery, oppressive states, and social inequality.

But it would be a mistake to see life before agriculture as the answer to our problems. Proponents of the “Paleo diet” promise personal wellbeing if we only return to pre-agricultural gastronomy. They usually stop short of suggesting we go big on protein by scavenging on the kills of big cats and hyenas, an important food source in some periods of prehistory.

So how does city life fit into all this? Is urban life another wrong turn? Should we return to the countryside—ideally, a bit of it with decent broadband and a farmers market within cycling distance? Not quite.

The spread of cities over the last 6,000 years is one of the epic themes of human history. It is well documented, since so many societies that built cities also developed writing systems. It is a global phenomenon—not because cities originated in one place and spread out over the planet, but because people invented cities, out of nothing, so many times. Ancient humans congregated and built in the valleys of Mexico, Mesopotamia, Egypt, the Indus and north China, and also in the Sahel region south of the Sahara, in the Amazon Basin, in what are now the southeastern states of the U.S., in the Andes, in the forest of southeast Asia. People probably built cities in yet-unknown other places, too, where LiDAR and satellite imaging have not yet found them.

Cities followed agriculture in all these regions. At first, they varied widely from one place to another. There were low-density cities like those of the Maya, and tightly packed hill towns; instant cities built at the command of an Assyrian, Chinese, or Roman emperor, and others that grew slowly out of collective efforts like the settlements of the Etruscans. Modern cities, with their convergent architectures of steel and concrete, fiber optics and tarmac, are much more similar to each other than were the many seeds from which they have grown.

Today about a quarter of the people of the world live in cities of more than one million people: that share is growing faster than the global population. Growth has not been smooth, but it is now irreversible. The landscapes and biodiversity needed for gathering and hunting are long gone, and could never sustain today’s global population. We cannot turn our backs on farming or on cities. Indeed, it is difficult to imagine a human future that is not more urban than ours, unless it’s a dystopian world founded on some species-wide catastrophe, like the one that destroyed the dinosaurs. Is such a colossal cull plausible? Even a year into the COVID-19 pandemic, global deaths add up to less than 0.4 percent of the world’s population. Could anything less than an asteroid strike or a super volcano explosion derail our urban journey now?

These doomsday scenarios aside, an increasingly urban future seems assured. But there is no need to be alarmed by it. One reason not to consign cities to the trash can of some of our species’ worst ideas is that we have turned out to be very well adapted to live in them. Human beings move easily in cities’ complex three-dimensional topography. We are adept at building social groups with strangers as well as kith and kin, we are tolerant of the new (and often nutritionally impoverished) diets that cities impose on their inhabitants, and we combine a sense of local territory (our homes, our neighborhoods) with a capacity for exploring and mapping new spaces that is far superior to that of our nearest animal relatives. We might have been born to live in cities.

Could anything less than an asteroid strike or a super volcano explosion derail our urban journey now?

We were not, of course, designed for city life. Evolution is the opposite of movement by design—it’s a lurching blindly into the future, through one happy accident after another (or at least, by following paths that are less disastrous than the alternatives). Our species has been around for some 300 million years, and we owe most of our city-friendly features to evolutionary processes that go back even further. For instance, our sociality, linked to the development of our frontal cortex, is pure primate. Our dietary flexibility probably developed in environments where it was never certain exactly which foods would be available. All this added up to an awesome potential for living in cities. We are not the only species with this potential. Mice, rats, bats, and house sparrows also do pretty well in concrete jungles. The difference is, we build cities. They have colonized them.

The evolutionary biologist Edward O. Wilson pointed out, in The Social Conquest of Earth, that other species too have taken advantage of the chance to live in dense communities. Some (but not all) bees and wasps, coral polyps and termites, and even naked mole rats have come to live what Wilson called eusocial lives, in which social cooperation becomes central. These species are not closely related—not to each other, and not to us—but they have one crucial thing in common. They all make something like a nest. Getting the most out of a social existence, argues Wilson, required cohabitation. Big brains need crowds.

Cities are our nests, so natural to the human animal that we find it difficult to imagine how we ever got on without them. How did we look after our big-brained but slow-developing children when we had no homes, nor enough neighbors or grandparents to care for the kids when we went foraging? How did our astonishing capacity to make tools and artifacts operate when we were so often on the move? If we wanted to develop technologies that were not all small, light, and easy to carry) we had to have a base. Camps and temporary homes must have done some service, and villages were good nests for a while, but only cities have made it possible for human societies to specialize, so everyone lived near a smith or a doctor or a priest, and we could make the most out of our talent for cooperation.

Cities are a new experiment, in evolutionary terms. Probably in the first thousand years or so there were many failures; archaeologists are beginning to map more clearly the urban civilizations that collapsed like so many houses of cards. But we got better at it. Most ancient cities were small just because it was so difficult to provision large ones in time of crisis. The first city builders often concentrated their energy on the house of gods and kings, and on defensive walls. Later generations turned their attention to water supply and drainage, and to constructing roads and canals, granaries and reservoirs. Fire and earthquakes ravaged many ancient cities until architects learned to build in stone and brick, to plan cities for safety, to build resilient structures.

Some of those cities turned out to be so resilient they are still with us today. Athens is maybe 3,500 years old; Rome and Istanbul, nearly 3,000 years old. Even medieval capitals such as Cairo and Tunis are close by ancient predecessors in Memphis and Carthage. Once we found good places to nest, we often stayed.

Modern cities are far more elaborate of course. Few ancient cities had more than 100,000 inhabitants. Today there are more than 30 cities of more than 10 million. We have learned to pack our nests more densely, piling our homes high. Even more important have been improvements in our cities’ nervous and circulatory systems (electricity, gas, the internet)—the channels by which food and water enter the nest, and waste is removed from it. The modern megacity depends on fast transportation that allows citizens to live far from where they work. These technologies are different from those employed in Tenochtitlan, Alexandria and Baghdad, but the principles are the same.

For the last few thousand years, our societies have mostly been ruled from cities, and our key infrastructures have been designed for urban populations—a state of affairs that holds great promise for humanity and the natural world. Done properly, city life is the most environmentally friendly way to live. Waste disposal, sanitation and recycling is easier to organize in cities than in the countryside. Our generation will see the end of private cars powered by fossil fuels. Already many city dwellers use public transport for most of their travel needs. Electric cars and buses are city friendly as well as environmentally friendly.

Romantics have been calling for us to go back to nature ever since the Industrial Revolution began. But the sums don’t add up. There is not enough “nature” out there to support us all. The kinds of lives we want now—high tech, highly connected, materially rich—work better in cities. And it is better for the planet that we don’t try and live this way in what wilderness is left.

We have not arrived at the city of the future yet, but it’s early days. Each generation our nests get better and better. Cities will continue to be better connected, greener and healthier, and that is all good news. So, city life: not one of our worst ideas, then, after all.