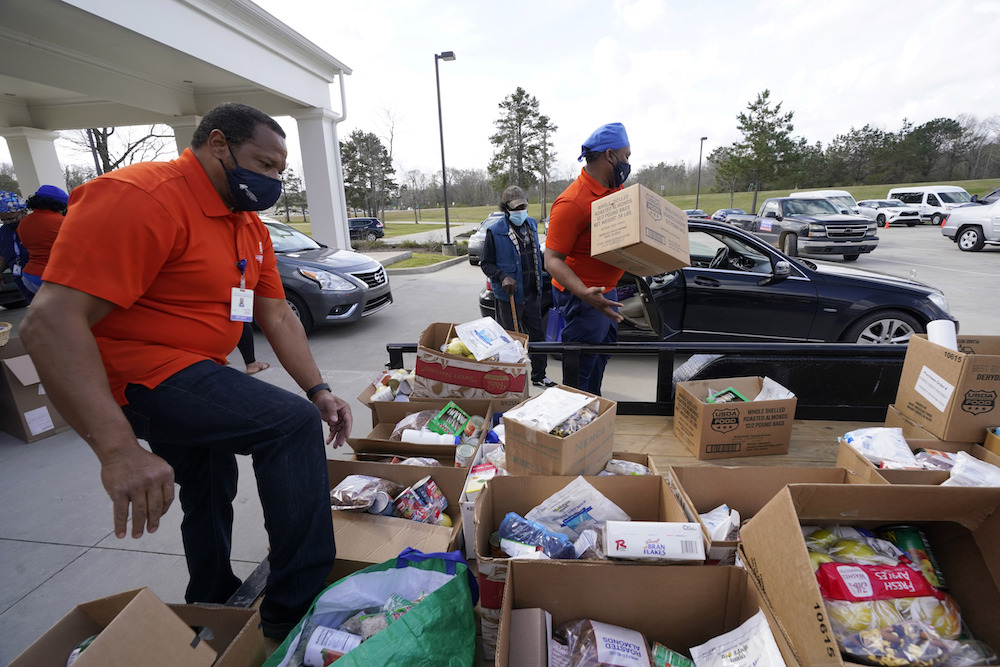 Just as our ignorance of science puts us at risk from disease or environmental disaster, our ignorance of poverty creates real dangers for people and societies. Which is why, just as children take classes on health or climate science, educators should teach poverty. Indeed, we believe that instruction in the nature, extent, and causes of poverty should be a high school graduation requirement in the United States.

Education in poverty is urgent. As the U.S. seeks to recover from 2020’s economic shocks, we need to understand which policies will help poor individuals, and the economy, thrive. Yet widely, Americans hold erroneous beliefs about poverty. Surveys show that few of us know that, even before COVID-19, 40 percent of Americans struggled to pay for at least one of their basic needs or that one in three families could not afford to change their babies’ diapers on schedule.

One can hardly blame the public for not understanding the extent of poverty in the U.S. The topic is not well-covered in American media. And the subject seldom comes up in classroom curricula. Even when it does, lessons barely touch on the truth. In the 1970s high school history classes we attended, for example, lessons about the Great Depression presented a false impression that widespread poverty was an aberration in the U.S.

Our government issues misleading information about poverty all the time. The U.S. developed poverty guidelines to determine eligibility for aid programs in 1963, when food was a major component of the cost of living. In subsequent decades, inflation in housing and health care far outpaced growth in the price of food and the old guidelines became unrealistic—but remained in place. Under these outdated measures, the official poverty rate in 2019 was 10.9 percent, a figure that seems shocking—double digit poverty in the world’s richest nation. The truth is much worse. Today, a family of four needs to earn only $26,501 to be officially out of poverty. In fact, a family can make double that and still struggle to afford basic needs.

Here’s a better way to define poverty: the inability to pay for basic needs. If you cannot house yourself, pay the light bill, or diaper your baby, you are in poverty. If 40 percent of Americans were in this predicament before the pandemic, that implies that it’s easy to fall into poverty here, that poverty is baked into our economy and country.

American mythology tells us exactly the opposite. “Early to bed and early to rise makes a man healthy, wealthy, and wise,” said Benjamin Franklin. The son of a candlemaker, Franklin’s personal success was the product of his crack-of-dawn work ethic and personal genius, the story goes. But, before converting to the abolitionist cause, Franklin enslaved two men, who also presumably worked quite hard, but never ended up with their faces on the $100 bill.

In the Gilded Age, Americans in great numbers read Horatio Alger, who told rags-to-riches tales of young men who worked their way into the upper class. Alger also penned an Abraham Lincoln biography that drew heavily on the same themes of “luck and pluck.” There was a good bit of luck in Alger’s fiction: The urchin showed up at the right place and time to render some service to a wealthy man, who then took on the industrious lad as a protégé. Most people in the U.S. will have the opportunity to work long hours for low wages. Few will be positioned to save Elon Musk’s dog from the path of a speeding car.

These fairy tales both reflect and shape an American belief that industry and virtue lead to financial success, while poverty or dependence on public funds are the results of poor character. Ronald Reagan played to this bigotry in inveighing against “welfare queens,” televangelists connect sin and poverty in their prosperity gospels, and Congressional lawmakers tapped into this notion with the title of their Personal Responsibility and Work Opportunity Act, 1996 legislation that rolled back cash welfare for the neediest Americans.

Slanders against less prosperous Americans have persisted into the 21st century. In surveys of Americans, respondents are split on the question—“Which is the bigger cause of poverty today: that people are not doing enough to help themselves out of poverty, or that circumstances beyond their control cause them to be poor?”—with affluent people coming down disproportionately on the side of “people are not doing enough.”

These fairy tales both reflect and shape an American belief that industry and virtue lead to financial success, while poverty or dependence on public funds are the results of poor character.

This is demonstrably false. The number of non-elderly adults in poverty who work full-time (or more than full-time) has been climbing for decades. Poverty is not a work problem. It’s a pay problem. The federal minimum wage has been stuck at $7.25 since 2009. The Consumer Price Index rose by nearly one-quarter in this period. Low-wage employees are working more and making less.

The two of us—a social worker and a journalist—spent the past three years immersed in statistics like these while writing a book about poverty in the U.S. We also took the opportunity to meet with people who live in poverty, from all backgrounds, and in urban, rural, and suburban communities. We did not want to write a book about a single family or community and risk feeding the myth that poverty is rooted in particular circumstances.

We talked with a man in Baltimore who rode buses for hours to get to this low-wage job and spent $20 a week on bottled water, because his house tap had been shut off for nonpayment. We chatted with a Los Angeles actor who had been discharged from a veterans hospital to the street. We interviewed a man who slept in his truck and toiled in unskilled construction jobs—about the only work he could get in a dying mill town. We met children who saw their parents only a few minutes a day, because mom and dad both worked double shifts.

We did not meet a single person we would characterize as lazy. We saw only one common denominator in the dozens of people who shared their life stories with us—they didn’t have any money.

We wrote about hundreds of homeowners of color swindled out of their houses by a white-collar criminal who never paid a cent in restitution. At the same time, we met people running foreclosure prevention programs who talked about the importance of budgets and giving low-income people the proper education in prudent money management. This struck us as very much like handing a diet book to a starving person.

We also encountered some people in government and non-profits, who have misconceptions and biases about the low-income families they are supposed to aid. One dedicated and compassionate woman who ran a social service agency was determined that “dependency” was a problem and that society could be too generous to the poor. “They get comfortable on their food stamps” and choose not to work, she said of the people she served. In most households with a non-disabled adult that receive Supplemental Nutrition Assistance Program (SNAP) benefits, someone is working. In fiscal year 2020, the average benefit for an individual was about $125 a month. You don’t get comfortable on that. You get hungry.

These and other misconceptions are also held by the general public. The stories show up in conversations, in surveys and focus groups—among the most commonly told is the tale of “some woman” (always a woman) using SNAP to buy junk food. The fact that lower-quality foods are the most affordable, in part because of the way federal agricultural subsidies work, doesn’t sway this prejudice. Nor does the hard fact that people who aren’t poor also buy junk food, seduced by armies of marketers and food scientists dedicated to making unhealthy foods appealing. It is apparently morally acceptable for middle class women to buy potato chips but reprehensible for poor women to do it.

Or maybe poor people are just reprehensible, no matter what they do. Irrational contempt for people in poverty is learned over the course of a lifetime. American education must challenge it with actual facts, early and often—just as it does other forms of bigotry that it recognizes its responsibility to overcome. If kids do not learn the truth about poverty, they are likely to grow up to support the same disastrous policies that are exacerbating economic inequality today—like sub-minimum wages for tipped workers or arbitrary time limits on food assistance.

Our research consistently found that the best way to help people without money gain self-sufficiency was to give them money. For example, the Earned Income Tax Credit (EITC), a refundable tax credit for low- and middle-income families, improves health (particularly for single mothers and their children), promotes work, and lifts millions out of poverty. Our research suggests that the Child Tax Credit included in the American Rescue Plan will do even more good. Giving people experiencing economic hardship cash or other tangible resources makes them healthier, more productive and more likely to work their way out of poverty. That’s hardly rocket science. But poverty in the U.S. is so viciously stigmatized and profoundly bound to racism and sexism that Americans are blind to the obvious.

Sagan’s alarm rallied support for STEM education, so that our children might go out into the world with essential knowledge to address its most pressing problems. We must do the same with poverty. If you graduate high school not knowing that real wages have been flat since the 1970s, you have an inadequate understanding of U.S. history. If you believe that the obesity epidemic is simply the result of “bad choices,” your health teacher owes you an apology. If you don’t know that voter participation drops precipitously with income, then your civics class was an exercise in fantasy. If you do not know that the largest group of Americans in poverty—and on public assistance—are white, we don’t care how many posters about diversity education lined your classroom.

It is time for schools to start educating children about poverty—before they learn the hard way.