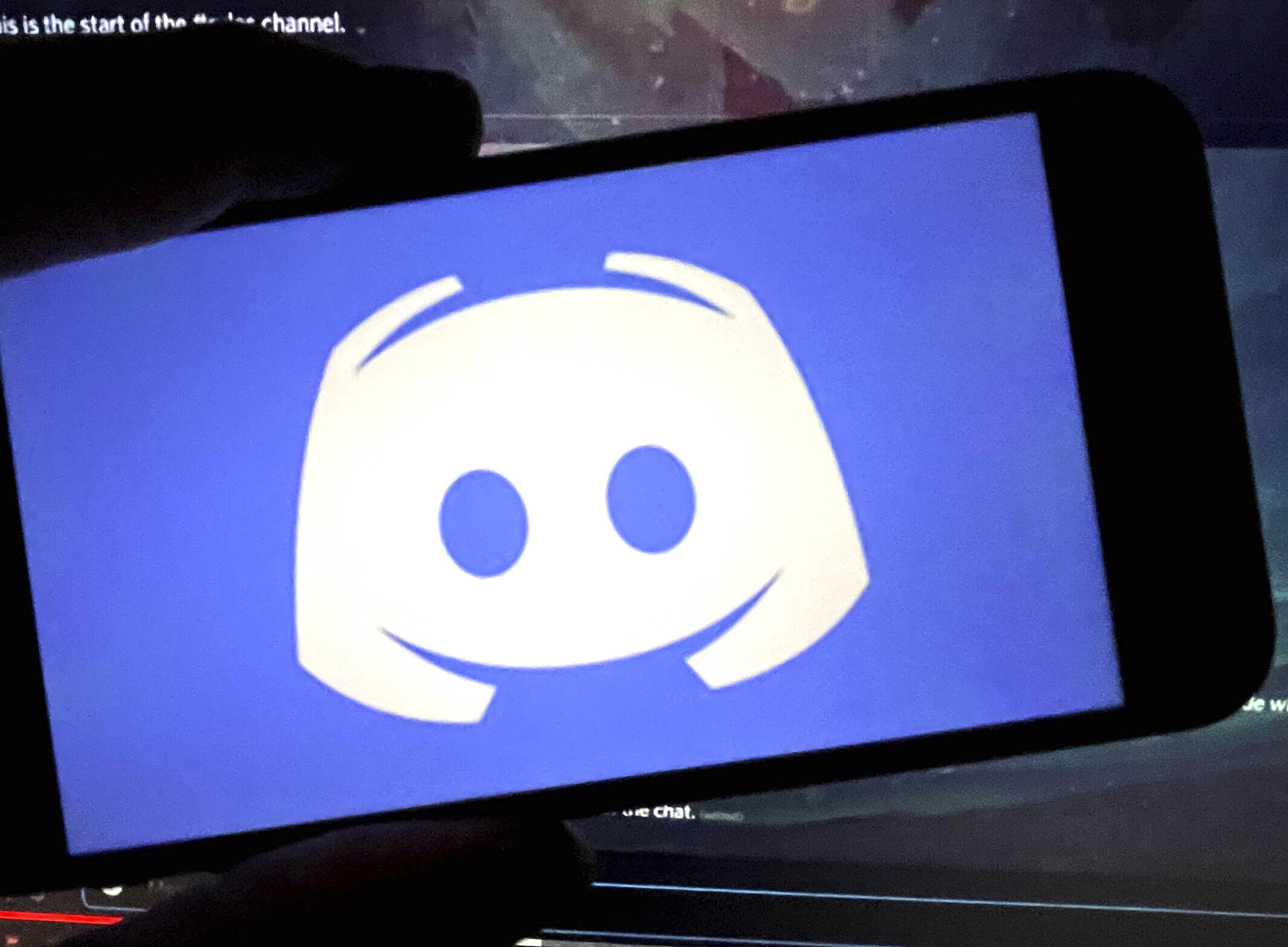 I remember Ángelo Ponce. He was a teenage boy in my hometown of Maracay, Venezuela, whose classmates set on fire for being gay. That was 2012. I was 21 at the time and finally accepting that I was attracted to men. I knew, from what I could read in the scant news coverage it got, that he survived the assault and was taken care of by his mother. How bad his wounds were or what happened to him afterward is a mystery to me. Every now and then I find myself thinking about Ángelo, and all of the moments I’ve never lived due to fear.

Particularly among those of us who grew up without the privilege of coming out without fear of being rejected, being LGBTQ+ is about trying to understand who you are and how you fit in a world that wasn’t made for you. As soon as we understand we’re different from others, we have to decide how to try to cope and survive to the best of our abilities. It forces us to create a mask early on and get used to the idea that a facial expression, a hand gesture, a wrong or unconvincing answer can be dangerous.

Some of us, despite our effort to grow and unlearn things we picked up to survive, always carry a sense of loss or inadequacy. At least that’s how I’ve felt for a long time, wanting to bond with others but instinctively afraid to let my guard down. I’ve always struggled to actually get that sense of community that has been talked about so much, something that can be a group of friends and acquaintances sharing and learning from their common experiences but also a support network, helping each other in times of need and serving as a reminder that one is not alone when facing the world.

When I moved to Madrid from Venezuela in 2019, I thought I would find meaning. After all, many queer Latin Americans tend to put the country of Almodóvar and García Lorca in a high regard when it comes to tolerance. Instead, I got long evenings in bars in Chueca, Madrid’s gay district, walking around trying to meet someone’s glance or sitting in locales that were too loud and crowded and that made me feel lonely and unsure. It made me think that perhaps, in some way, it was too late for me.

Then COVID-19 came and changed the world in ways we thought were impossible. Suddenly, everyone struggled with one of the most basic parts of life that also was one of the most affected by the pandemic: human interaction. Queer people, like everyone else, looked for alternatives to the closed gay bars, nightclubs, bookstores and community centers. For individuals who don’t feel safe in their households or immediate surroundings, those spaces can be lifesaving; for me, who never found his place in those spaces to begin with, their closures felt like even more missed opportunities.

From my rented bedroom in Madrid, what was originally declared as a two-week lockdown became a month, and then several months, with no end in sight. Friends became little squares on Zoom with names, and some, from college, led me to the mixed blessing that is Discord.

Released in 2015, Discord was originally envisioned as a voice and text chat platform for gamers. I don’t often play video games, but my college friends, spread over four different countries, mostly used it to watch movies and play online games once or twice a week.

I had already been familiar with Discord because many LGBTQ+ communities on Reddit also had their own channels (called servers) on it, though they were less active before the pandemic. Once I joined, I found myself browsing all types of channels and connecting with people from Oslo to Bahra in to Palm Beach to Rio de Janeiro.

We would video chat, play games, watch movies or shows and, every now and then, have a bit of naughty fun. Quite a few left their camera on while cooking, working or sleeping. Anything to feel a bit less lonely.

I was drawn to the conversation. It was nice having someone to talk to, even if it was about unimportant, everyday stuff. I could see most people also had come to Discord for the same reasons and around the same time I did. Time zones didn’t matter, nor usually did labels such as gay, bi, cis, non-binary or trans. We all remained there because we needed it. It was something we lost or never had in the first place: a space, real or virtual, for people like us.

Online spaces are nothing new, of course. Especially for people of my generation and younger—in other words, Millennials and Zoomers—they have been, for better or for worse, a playground detached from prying eyes and suffocating environments during our developing years.

As anyone who has been part of an online community knows, there’s often a dark side to them, too, and Discord is not an exception. The very same platform that was allowing me to talk and share with queer people of every stripe and color has also been used by white supremacists, including those who organized the Charlottesville Rally, before a crackdown in 2017. But when you feel alone in the world, everywhere feels like a potential risk.

One day will be the last time you visit a small corner of the internet that was the world to you, and you won’t remember it because your attention is somewhere else now.

I guess what made Discord unique for me was how easy it was to be part of a community or start one of your own, with enough people to make new, lively groups and enough servers that no one community feels overwhelming. Most of my friends and coworkers are straight and they are very important to me. Still, logged onto the Discord servers, I felt I was having conversations I always dreamed of having but never engaged in, in part because of my own fears. The idea that you’re not alone within the LGBTQ+ community rang true for the first time in my life.

There was a certain equality in our solitude, from the rich, white middle-aged gay guy chatting in a fancy apartment to the blue-collar dark-skinned trans kid listening from their retail job. There was an ephemeral element to it that made the experience feel bittersweet but overall, I believe that’s for the best.

More than a second virtual life, it was a nice little pocket dimension—untouched by an all-consuming internship I was doing at a major newspaper—where I could disengage for a few hours and learn how to feel sure of myself as a gay man. I feel it’s no coincidence that in the past few months I found myself steadily dating someone for the first time in my life.

However, as my own previous experience with online communities has taught me, such places tend to stagnate, with the same people talking the same things over and over, and run their course when members go elsewhere, real or digital. While the platform has attracted over 50 million people since the pandemic started, I’ve noticed lately that as vaccination programs across industrialized countries steadily allow people to begin to resume their lives (though new mutations of the virus—partially fueled by people engaging in irresponsible behavior while trying to make up for lost time—threaten to undo the progress), the Discord servers where I used to hang out seem to have emptied.

The other night I logged into a community that I haven’t visited in several weeks and someone joked that people seem to only come back when they are having issues with their partners. A few regulars have stayed, not unlike the patrons at a bar. I wish I could say it was emotional, but the truth is that moving on tends to be so smooth that you simply don’t notice. One day will be the last time you visit a small corner of the internet that was the world to you, and you won’t remember it because your attention is somewhere else now.

But there are always tragic reminders of why such places exist in the first place, and that platforms to connect and communicate with other queer people—Discord, Tumblr, or other—will probably continue to exist in some form or another.

Early in July, I went to Galicia, in northeast Spain, on holiday with the guy I was dating at the time. But our good time together in Santiago and A Coruña was eclipsed by the death of Samuel Luiz, a 24-year-old young man of Brazilian origin who was killed by a group of men as they yelled homophobic slurs at him.

Luiz’s death, which was in the spotlight of Spanish society for a few weeks, hit us particularly hard. It’s easy to buy into the myth of Spain and Europe as places where those types of things don’t happen. Then I think of Ángelo and remember that, despite the time and the distance, this was not a world thought for us.

A lot has been said about the disappearance of queer spaces in the past few years, mainly because of gentrification and mainstream society becoming more accepting (or at least tolerant) of LGBTQ+ individuals. But making spaces where we can be our own, talk about our specific issues and let our guard down matters.

Now I stand at a crossroads, again. The internship that brought me to Spain is coming to an end, and the circle of real-life friends I’ve made in the past two years in Madrid is separating, with many returning to their homes and a few coming back to the Americas.

Every now and then I still pop up into Discord servers to have some small talk about how my day was whenever I see a few of the regulars online, but it’s hardly the same anymore. I guess, once more, I will find another community, whether real or digital.