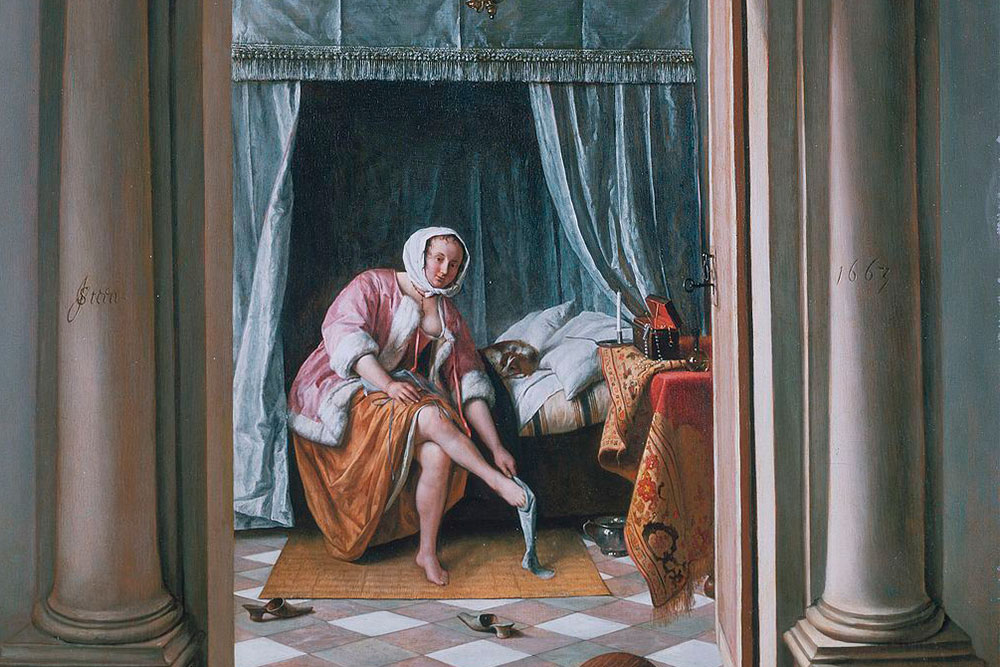 A Woman at her Toilet, by Jan Steen Courtesy of public domain

The woman often wondered what voice the girl
had when she was alone. Of course, it was possible
that the voice only sounded in company, and that
when the girl was alone, she did not actually exist
at all. No one had ever seen her alone. No one had
ever heard her speak when she was alone. The voice
was the voice of a toddler who had skipped her
morning nap. The voice was the voice of a girl who
did not exist except in the company of other bodies.
The voice was the voice of injustice, of a vague
and gentle fear, so soft, and so comfortable, like
a sheet the girl might wrap around her if the girl
indeed were capable of existence inside of a cool,
soft sheet alone for five minutes in a room with
no one else around.