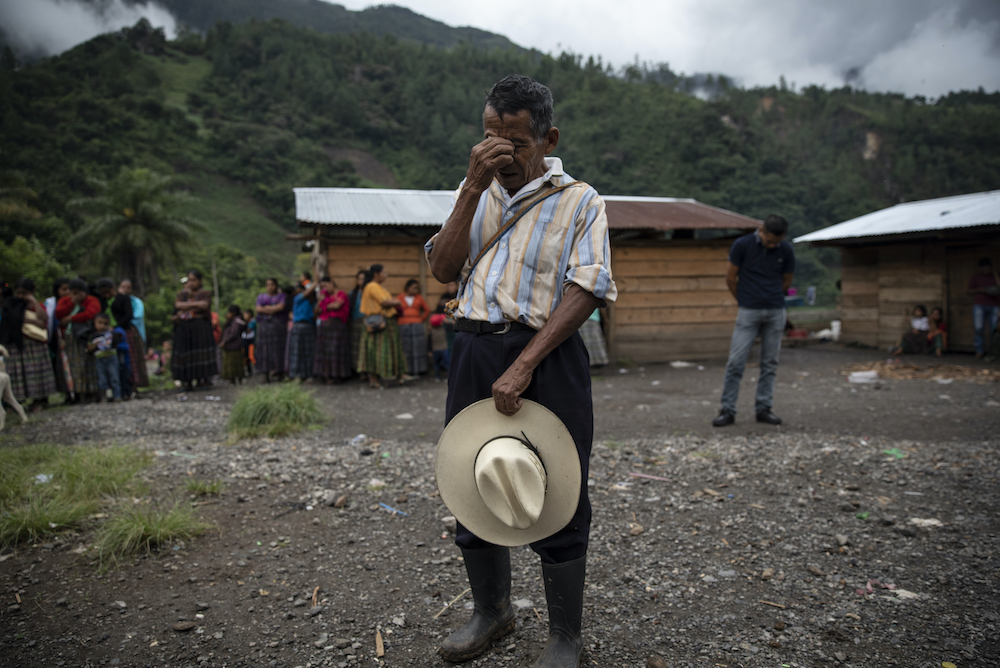 Last fall, back-to-back major hurricanes, Eta and Iota, slammed into the Caribbean coast of Central America, creating storm surges and flooding from Belize to Panama. In parts of Honduras and Guatemala more rain fell in two weeks than typically falls in four months. Mudslides such as the one that buried the Maya community of Nuevo Quejá in Guatemala killed scores of people and rendered the landscape uninhabitable. The damage was estimated at more than $9 billion. Physical recovery will take decades, if it happens at all.

One survivor of the destruction living along the border of Honduras and Guatemala told a reporter that most of the rest of the people in his village had headed for the United States. “The sea took them out,” he said. They and thousands of other environmental refugees began trudging north through a gantlet of border patrols, human traffickers, narco-terrorists, and sexual predators in what came to be called the “Caravan of the Damned.”

Meanwhile, roughly 200 miles to the west, in the Dry Corridor that runs through Guatemala, El Salvador, Honduras, and Nicaragua, rainfall has become unpredictable and sparse. Agriculture as it has been practiced there for hundreds of years—subsistence-level production of beans and maize—is no longer possible. Unlike the shocking blow meted out by a hurricane, the suffering in this zona seca has accumulated gradually, but relentlessly, in an example of what the eco-critic Rob Nixon has called “slow violence.” The Food and Agriculture Organization of the United Nations estimates that 3.5 million people in the region now need humanitarian assistance. And things are almost certain to get worse. The Sixth Assessment Report by the Intergovernmental Panel on Climate Change (IPCC), released in early August, projects that most of Central America will become even hotter and drier in the coming decades.

Central Americans are paying the price for anthropogenic climate change they didn’t cause. Less than 1 percent of historical greenhouse gas emissions have been produced in Central America. But consider this: Since 1750, the U.S. has emitted almost twice as much as the rest of the world combined. Most of us learn as children the lesson that if you break something, you are responsible for fixing it—or, at the very least, for acknowledging what you did. More than any other nation on Earth, the U.S. is responsible for “breaking” the climate that has allowed human civilization as we know it to exist. When it comes to climate refugees—especially those from Central America—we have a special obligation to support and welcome them. Climate chaos has exacerbated the misery U.S. economic, military, and diplomatic policy has inflicted on the region for decades. “Climate change means either too little or too much water,” the author Todd Miller observed in his haunting, deeply reported 2017 book, Storming the Wall: Climate Change, Migration, and Homeland Security, “and we are already experiencing both.” A more stable hemispheric future will depend on a combination of adapting to the reality of too much or too little water where that is possible, and reshaping policies regarding refugees to accommodate those who have to flee the places where it isn’t.

This dynamic of hydrological extremes has set in motion a massive movement of people around the globe. The World Bank estimates that by 2050, unless we take dramatic action to stem greenhouse gas emissions, 143 million people will become internal climate migrants. One and a half million of those each year will hail from the Western Hemisphere, and will surge toward the U.S. border with Mexico.

Central Americans are already fleeing floods and droughts of Biblical proportions, moving first within their own nations but eventually heading north. According to a recent analysis by the advocacy organization Franciscans International, 821 people per day seek the possibility of asylum in the U.S. A recent joint reporting project between ProPublica and the New York Times modeled climate-induced migration in the region. Every single simulation the team generated (supplemented by powerful visualizations to bring the point home) predicted massive, destabilizing internal and external migration.

Central Americans are paying the price for anthropogenic climate change they didn’t cause.

During my own time researching grassroots climate resilience efforts in the zona seca of northern Nicaragua, I observed how the increasing unpredictability of the climate can thwart even the most determined and imaginative initiatives. The people of Sabana Grande have received international acclaim for their solar energy projects, their agro-ecological restoration efforts, and their experiments in forest farming—and for the ways that these projects have empowered marginalized members of the community, especially women. Yet for all of the economic and social uplift these projects have produced, the climate-induced precarity of subsistence agriculture pushes people away—to cities in Nicaragua, but also to Costa Rica, Spain, and, increasingly, the United States.

Climate-induced migration is a quintessential “wicked problem.” The term, originally coined to convey the complexities of social policy formulation, describes a tangle of interlocking, difficult-to-articulate challenges, which only have solutions that produce additional challenges. The climate itself is a complex system that, in becoming more unpredictable, produces challenges for agriculture, infrastructure, and public health. Each of these areas, in turn, is made more vexing in places like Central America by poor governance, social and economic inequality, and pre-existing environmental degradation.

And there’s another wicked dimension to the climate migration problem: Until very recently, the U.S. federal government has been slow to acknowledge either the existence of, or the need for, aggressive policy to deal with the growing climate emergency.

In July, the Biden administration released a plan to address the Central American migration crisis. Unfortunately, the report reduced the role of climate almost to a footnote, instead emphasizing internal factors such as corruption, gender inequality, and economic development. All of these contribute to migration, but the rapidly changing climate is the context for them all, exacerbating every other problem people in Central America face. By emphasizing internal problems and downplaying the role of climate change in migration, the U.S. attempts to evade responsibility for its outsized role in loading the atmosphere with greenhouse gases.

The U.S. should be supporting Central American governments in decreasing corruption, tackling inequality by promoting economic growth, and reducing violence as a way to help vulnerable people stay in their homes. But the fact remains that millions of people in the coming decades will have to find new places to live. Some will try to come to the United States. Any national strategy addressing the migration crisis should acknowledge that reality by unilaterally designating those fleeing climate disasters as refugees, and by agreeing to become a refuge for some meaningful number of them.

At the moment, people fleeing climate disaster do not qualify for refugee status. The United Nations Convention and Protocol Relating to the Status of Refugees, written in the aftermath of World War II and revised in the 1960s, clearly delineates political or social traumas that might compel a person or groups of people to flee their homes—for example, potentially mortal threats due to civil war, religious persecution, or political oppression—but does not mention displacement due to environmental disasters. The rules need an update. As María Cristina García, a historian at Cornell University who has devoted her recent scholarship to the post-war history of refugees, puts it, “People have been displaced by climate for millennia, but we are now at a particular historical moment, facing a new type of environmentally driven migration that will be more fast and furious. It will require incredible adaptability and political will to keep up with the changes that are forecasted to happen.”

Of the many wicked dimensions to the problem of climate refugees is the current paucity of political will to do more than throw up walls—literal and legal—and hope that they keep the challenges at bay. But hope is not a strategy, especially in the face of geophysical reality.

Miller concludes Storming the Wall with an epilogue: excerpts from a letter he’d written in 2015 to his unborn son, to be opened in the year 2050. There are “hundreds of thousands of groups, individuals, communities and movements putting themselves on the line, putting themselves in peril in order to imagine something new,” Miller writes, as an offering of grace to a 35-year-old version of a person he’s not met yet. He’s thinking of people like Martín Zapil, the 20-something K’iche’ farmer who founded Sorel Granjas Ecológicas, a cooperative that supplies vegetables to urban markets, along with thousands of other activists and organizations that promote more widespread land ownership to keep Central Americans in their homes. But such resilience initiatives and reforms can only partially stem the tide of people being irrevocably pushed away from home by anthropogenic climate change. For those who cannot stay, the United States has an obligation to become home for as many as we can accommodate.