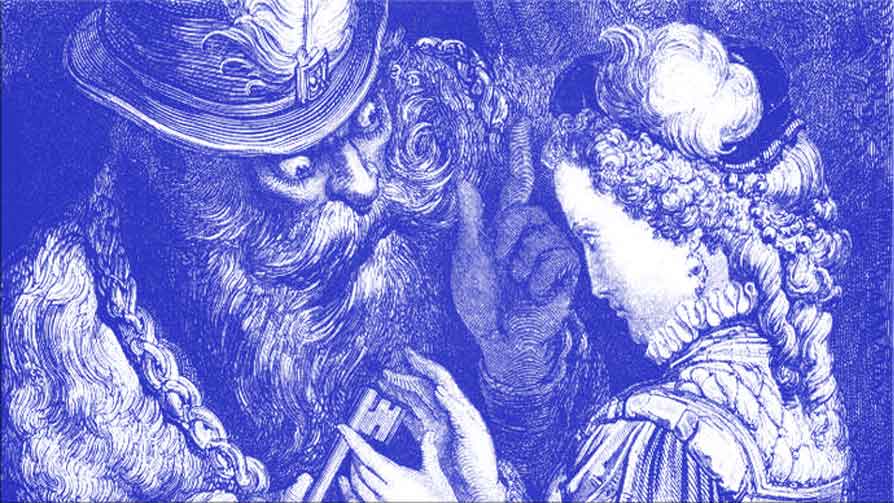 There’s magic in fairy tales, the sort of magic that allows us to make sense of our world thanks to the help of long-dead storytellers. If we listen closely to what these stories are saying, we can hear a million voices yelling at us from the past to do better in the future. To stop making the same mistakes.

Fairy tales come from the oral tradition, a time before washing machines and the internet when women would sit around darning socks and telling tales of romance, danger, and talking animals to one another and their children. Because of the nature of oral tales—they change depending on who is telling them—there are different versions of each story, filtered through the cultural and personal lens of its teller. It’s why in some versions Red Riding Hood teams up with her grandmother to boil the wolf alive, and sometimes the two of them sit patiently in the belly of the wolf, playing cards until a man with an ax shows up.

As a child, I didn’t care much for fairy tales, filtered as they were through the colorful, toothless and sing-song lens of Disney, which seemed at the time to hold a near monolithic grip on the genre. It was not until I was an adult that I was finally willing to hear what the dead and buried had to say—and how their warnings have changed over time. I started to rewrite these stories in college to give them a face-lift, to align the fantasies of our childhoods with the morals and progress we need to witness today. Years later, I’ve continued to suss out their secrets, to learn the wisdom of the past and apply it to the now. Take Little Red Riding Hood’s wolf. He’s no longer in the forest; he’s on our streets, he’s wearing business suits, he has cool hair. But I know to be wary. In place of an ax, I carry mace.

We retell fairy tales in a way that makes sense to us in the present, in the now, and in the way that we imagine our futures. Which is why, in a moment like this, when everything seems like a nightmare, I suggest we revisit the bloody tale of Bluebeard—and the choice Bluebeard’s wife had to make.

Let me tell you the story, if you don’t already know it: At some unspecified time in the past, a woman with a handful of brothers was minding her own business when a man with a beard as blue as the sky offered to marry her. He was renowned for his multiple marriages, all of which ended mysteriously. More importantly, he was known for how wealthy he was—Bezos, if he cultivated hair. So, they married, everyone rejoiced, and he took her to a magnificent castle. He gave her everything she wanted and many things she didn’t know she could want. She had full reign of the household. Shopped all the name-brand catalogs. Wore rocks the color of blood dug from the earth around her neck. Only, there was a catch. There was one room in their home she was not allowed in. Some crusty old broom closet where a bird probably died years ago. A place with a stench. A rotten room. A secret room.

Bluebeard, who handed her a set of keys to every room in the castle, was sure to point out the forbidden room. Made her promise she wouldn’t peek.

Of course, she did. Almost immediately.

She solved two mysteries by opening that door: what had happened to his previous wives, and the manner in which he would slaughter her, as he had done the others.

Don’t worry, though, one of them gets him in the end.

We retell fairy tales in a way that makes sense to us in the present, in the now, and in the way that we imagine our futures.

The tale was first written down in the late 1600s by Charles Perrault, a Frenchman with a knack for spelling out the messages of his stories, this one being: “Curiosity… once satisfied … ceases to exist, and always costs dearly.” In other words, he was advising women against their curious nature, and suggesting the wives’ untimely fates in Bluebeard were what they got for disobeying their secret-murder husband. It’s not a message that holds much weight today. Without curiosity, how would children learn about the strange new world they were born into? How else could we have found out that the light of our stars, experienced today, is the past twinkling down on us? Bluebeard’s message is no longer about curious women: it is about all of us facing our reality for what it is.

In any telling, the tension in Bluebeard centers around that forbidden locked room, but to me, the question is not will she go into the room or obey her husband. Someone is always going to turn the knob: doors are meant to be opened. The questions are, what is in the room, and what will happen once the secrets are known?

In the original tale, Perrault describes the forbidden room as being filled with blood, desecrated bodies, and what I would argue is an absurd number of dead wives—the acceptable number of dead wives in any given room being zero. Yet the horror is not only visceral; rather, it is the psychic clarity that the room forces one to confront. The wife faces her history written in red on those bodies piled up and, if she is not careful, her own inevitability. It is a cruel, necessary gift. Does she close the door and pretend she saw nothing? Or does she accept it, horrible though it is, and move forward?

As I look toward our present moment, I can’t help but think that what lies beyond our door is equally, if not more so, overwhelming.

A climate crisis we are running out of time to affect, except as we have always done so, by placing a Band-Aid on the gaping wound of ruined soil and melting ice.

A worldwide pandemic, spread via our mouths, that soft tool we use to build community, overwhelming our hospitals and healthcare workers.

Some claim the pandemic is a hoax.

Some say “fake news” while they are dying in an ICU bed with a tube down their throat.

Others eat horse dewormer and hope.

The dead are moved in trucks.

We are witnessing the fragility of our Earth and the social safety nets we built on her bones. Even the slightest nudge is in danger of sending us careening off into climate disaster, healthcare collapse, and the terror that those we love believe lies.

The door is open, and it cannot be closed. Now we have to decide what, if anything, we will do.

The question before us is: which of Bluebeard’s wives are we?

Bluebeard, after all, had many wives. The final wife feels the ax on her own neck, on the necks of the daughters not yet born, and if she desires a future for herself, for those she loves, she cannot close the door and forget. If she does, she will be like the other wives, the ones whose stories are never told, and if she stands still she risks being reduced to a gory prop in someone else’s story, or forgotten entirely. The final wife calls upon her kin—her community—to hold Bluebeard accountable for what he locked behind the door. Once the cruel root of the man is dug out, the final wife now can gather this community around her to reckon with what we now know is our new reality.

Are we a wife who sits in front of that opened door and thinks, “my neck is still attached,” and sighs in foolish relief? Are we a wife who sees the truth of her world in decimated bodies, and stands frozen, gaping in horror? Or do we choose to be the final wife, the one who survives?