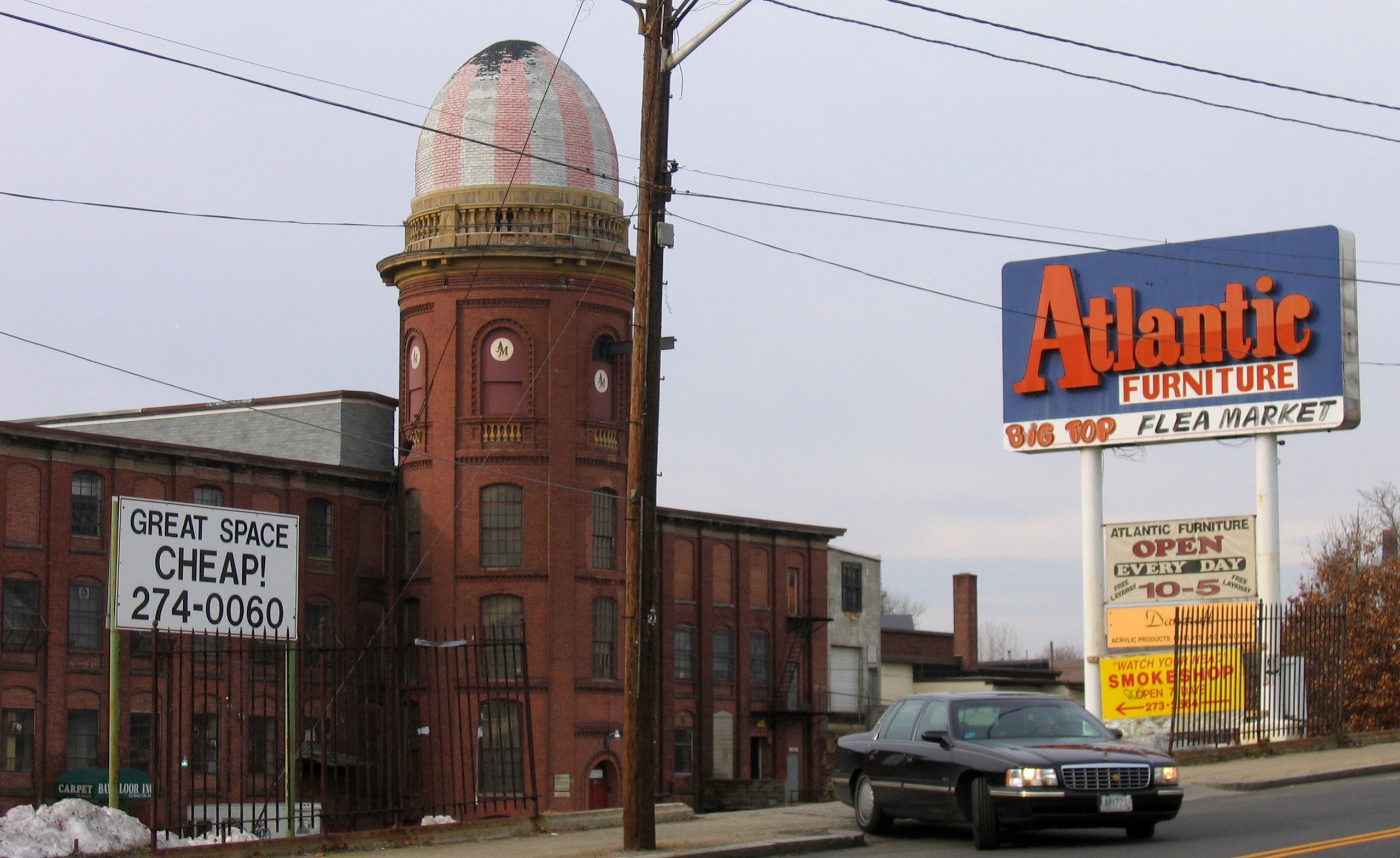 When it comes to neighborhood well-being, is failure the inevitable cost of success?

In its salad days, Olneyville was home to a thriving textile industry in Providence, Rhode Island. But the looms went quiet long ago, and for much of the 20th century the neighborhood was one of the most distressed places in the state. In 1978, the Providence Planning Department found that over half of Olneyville’s houses needed “immediate attention,” were in a state of “advanced deterioration,” or were “heavily deteriorated and dilapidated.”

But the victories that low-income residents and their allies worked so hard to achieve brought the neighborhood to the attention of an entirely new demographic. Olneyville in the 21st century has also become whiter, significantly more unequal, and substantially more expensive. Gentrification now threatens the Latinx community that has called Olneyville home since the 1990s.

The lesson—a lesson repeated across the country—is that America’s current approach to neighborhood well-being can transform a place like Olneyville but cannot protect it. This poses morally urgent questions: Do the ploughshares we use to improve a neighborhood become the swords that destroy it? In the wealthiest country on earth, can it really be that the poor only get to live in wretched places? Is it simply impossible to create a low-income neighborhood that is also safe, healthy, vibrant, and sustainable?

I spent four years studying Olneyville’s transformation—research that started quite by accident. I went to Providence in 2017 to learn about its police department, which was said to have transformed from a corrupt, brutal, paramilitary organization in the 20th century to a national model of community policing in the 21st.

“That’s not transformation for the neighborhood,” one longtime Latina advocate told me of the new restaurants and coffee shops popping up around her. “It’s not gonna be the same neighborhood.”

The neighborhood where the new department had made the biggest impact was Olneyville, where crime rates plummeted and residents forged a new link to the police. In talking to residents and activists about the shift, however, I realized that policing was only part of the story. Olneyville also needed affordable housing, ample green space, healthy food, and good schools. Yet, paradoxically, as Olneyville residents and their allies tackled these vexing problems, their home became both more livable and more vulnerable.

Between 2000 and 2018, the number of people in the neighborhood who had attended college nearly doubled, and the number with a college or advanced degree nearly tripled. In the first decade and a half of the 21st century, average rents in the neighborhood climbed over 54 percent, more than twice the citywide average. “That’s not transformation for the neighborhood,” one longtime Latina advocate told me of the new restaurants and coffee shops popping up around her. “It’s not gonna be the same neighborhood.”

There are no villains in this story. At least, none with blood and bones. The people and organizations that serve Olneyville residents don’t want to be agents of destruction. But they are part of a system beset by two fundamental problems.

First, policymakers hew to the neoliberal notion that social problems are better solved by the private sector than by government (which cannot solve social problems because it is too inefficient, bloated, and sclerotic, the thinking goes). So the principal role of government in a distressed neighborhood like Olneyville is to create opportunities for private investors. Take housing, for instance. The federal government has not added to the nation’s store of public housing for decades. Instead, it uses tax breaks and subsidies to create financial incentives for landlords and developers to provide shelter for some (but nowhere near all) of the people who cannot afford housing at market rates. Responsibility for housing these people has shifted from government itself to private actors who are paid by the government to create housing at below market rates.

Most of the new homes and apartments built in Olneyville were financed through such programs. But this public funding is not remotely enough to house all who need shelter, or to stabilize rents at affordable levels. Even below-market rents are still beyond the reach of most Olneyville residents. Wealthier newcomers move in to take advantage of rents that are cheaper than downtown. Housing that is intended to be affordable instead becomes an engine of gentrification.

The second fundamental problem is equally serious but more pernicious. The current approach to neighborhood well-being empowers a small army of nonprofits and community development corporations that provide vital services to neighborhood residents but that tend to be      managed, staffed, and funded by well-intended and comparatively well-heeled whites who typically do not live in or come from the neighborhoods they serve.

As a result, outsiders, rather than low-income residents, decide how to spend the money that flows into the neighborhood. Outsiders establish connections with politicians and funders throughout the region, and reap the social and political capital that comes from these connections. Outsiders become leaders; residents become supplicants.

In short, the tools available in a neoliberal age will never prevent capital from overrunning a place like Olneyville, and will never equip its victims to fight back.

The solution is to fund and empower the poor rather than the wealthy. Give low-income residents ownership and control of neighborhood assets, including the money that flows in from outside. Place the assets in trust for the permanent benefit of low-income residents, and deploy them to remove property from the speculative market, creating sustainable affordability. Pair investment with state or federal tax credits to augment those assets, but only on the explicit condition that money that flows into the neighborhood be controlled entirely by low-income residents and their chosen allies.

I call this solution a Neighborhood Trust—and several organizations have begun to implement and improve upon my idea. The Kensington Corridor Trust, the first of its type in the country, is acquiring real estate assets along a commercial corridor in a badly distressed neighborhood in Philadelphia and removing them from the market for the benefit of the residents and small business owners in the neighborhood.

The organization plans to create a vibrant, sustainable mix of affordable residential and commercial rental units along Kensington Avenue, the commercial heart of the neighborhood—with culturally desirable businesses that provide affordable goods and services and create secure, high-paying jobs at the street-level and affordable apartments on the floors above. Keeping these assets in the trust ensures permanent affordability and guarantees that the neighborhood captures any increases in the land’s value.

Another model is taking shape in the Midwest. Trust Neighborhoods, based in Kansas City, helps distressed neighborhoods set up and run trusts themselves, finding outside capital for funding, getting existing neighborhood organizations involved in operations—and, again, removing assets from the private market to hold within the trust for the permanent benefit of low-income neighborhood residents. They call their model a MINT, for mixed-income neighborhood trust. Market-rate tenants live in units owned by the trust, and the rent they pay subsidizes low-income tenants renting at below-market rates nearby—perhaps upstairs in a duplex, or next door. The hope is that a mix of low-income and market-rate tenants, all renting from the trust, will protect the entire neighborhood.

Neighborhoods in Tulsa and Kansas City have already created MINTs. Trust Neighborhoods expects another five neighborhoods will do so by the end of 2021, and is in discussions with representatives from more than 100 other low-income neighborhoods across the country.

By itself, a neighborhood trust will not solve all the problems that confront a place like Olneyville. It will not stop climate change, revive the manufacturing sector, or make people tolerant. It will not end racism, classism, or xenophobia. But it will give poor residents ownership and control of the wealth that flows into their neighborhoods. It will let them permanently capture increases in the value of land, invest and manage their capital, and deploy assets as they see fit. It will restore some of the wealth and social capital that have been drained away by decades of disinvestment and neglect. And that, in turn, will give the poor something they have never had in this country: power.