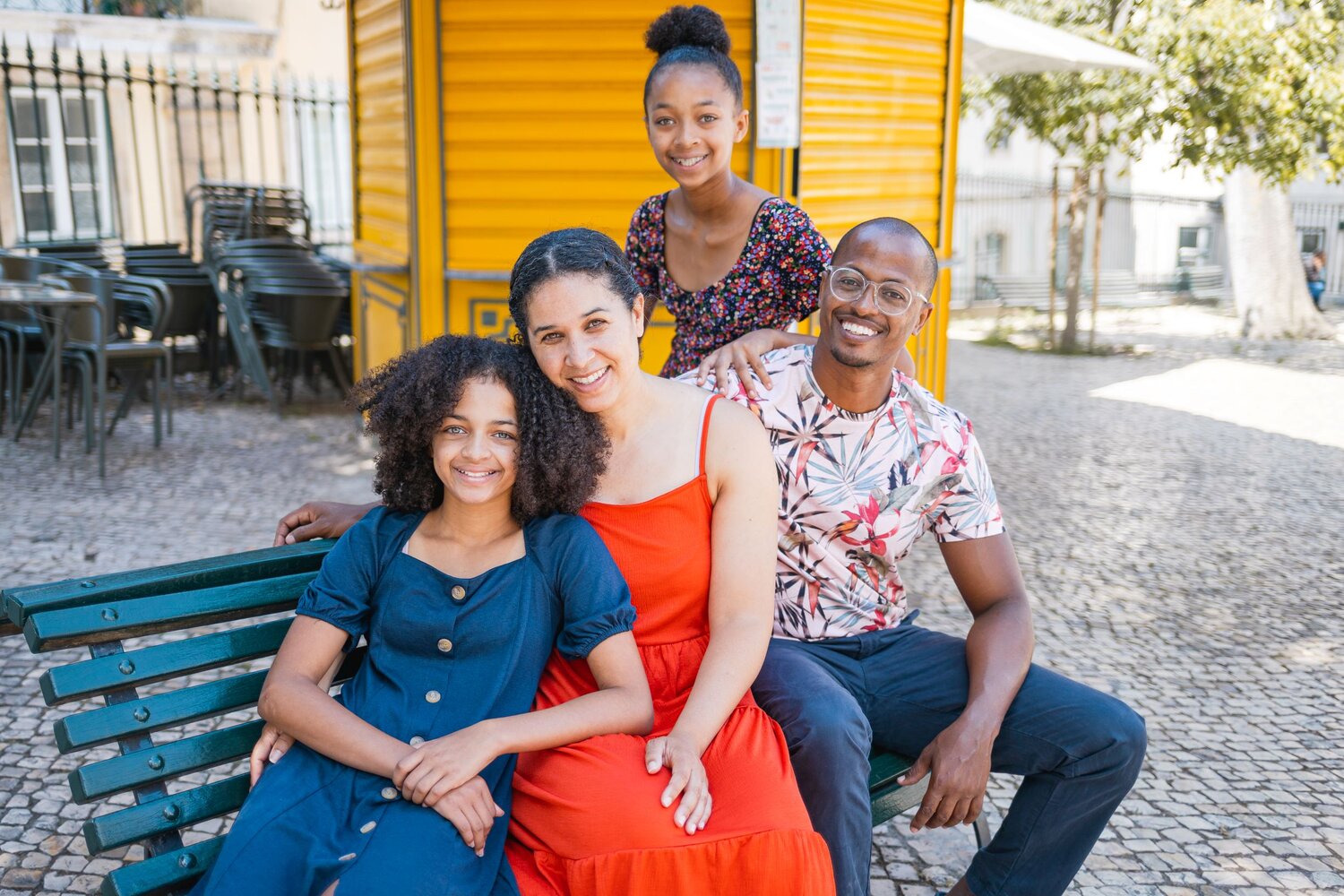 The Brownings. Courtesy of Amon and Christina Browning.

When it comes to California departures, I have no problem with the number of Californians moving out. It’s still a free state in what’s more or less a free country, and life sure is expensive here.

But I am embarrassed about the quality of these departures. Californians are supposed to dream big. So why do their ambitions get so small when they head for the exits?

If you’re thinking about leaving, I implore you: Enough with vamoosing to vapid Vegas subdivisions. Cool down before you sign a lease on that hot Phoenix apartment. Think twice before making a down payment on a hurricane-damaged house in Houston.

To depart a state as fabulous as ours, you need to make your leaving a fantastic triumph.

Amon and Christina Browning can show you how.

Indeed, if anyone ever established a Leaving California Hall of Fame, this Bay Area family would be first-ballot inductees.

Two years ago, approaching their 40th birthdays, the Brownings retired from their jobs and left the state with their two teenage daughters. Their destination: Lisbon, Portugal, one of the few places on Earth that offers a lifestyle to rival California’s, and at a much lower price.

The Brownings documented their retirement and relocation on their popular YouTube channel, “Our Rich Journey,” drawing international press attention and fueling fantasies of flight among Californians, including this columnist. So, earlier this fall, I began exchanging emails with the couple, which led to a Zoom call.

It turns out that they remain proud Californians. And—to repurpose Shakespeare—nothing was ever so Californian as their leaving it.

Amon and Christina met as students at Cal Poly San Luis Obispo. Christina, born in Iowa, moved to California when she was 7, and grew up middle-class in Stockton. Amon, a California native, moved around Oakland, Benicia, and other East Bay places. His family never owned a home; for one stretch of his childhood, they were homeless.

Amon and Christina say that growing up without wealth made them take finances seriously at an early age. They had conventional careers—he’s an urban planner, she’s a lawyer—mostly working in the public sector. And they initially settled down in San Diego, where they bought a small house. But they are also adventurous spirits. They took jobs in Spain, had their kids during a stint in Japan, and took note of how people in those societies managed to save more money and live more healthfully than Americans.

Inspired by the FIRE movement (“Financial Independence Retire Early”), they got very serious about saving enough money to become financially independent after moving home to the Bay Area more than a decade ago.

Describing their 10-year retirement plan could fill a book. But their efforts can be boiled down to three steps.

It turns out that they remain proud Californians. And—to repurpose Shakespeare—nothing was ever so Californian as their leaving it.

First, they saved relentlessly—socking away 70 percent of their income and avoiding big expenses (they drove a battered, $800 minivan). Second, they made extra money through side hustles (like signing up to drive for Uber and Lyft when the ride-sharing companies were offering bonuses). Third, they invested carefully and bought rundown homes in Oakland and elsewhere, fixing them up as they lived in them, and then selling them at a profit. They did so well that they hit their financial target two years early.

“I don’t think we would have been able to make as much money and be as successful on our journey if we weren’t in California,” says Amon. “There were a lot of opportunities.”

If they were going to stay in the United States, they would have remained in California. But their money could go further elsewhere, and they knew they wanted to live overseas.

Portugal offered similarly amazing weather but with less crime (the Global Peace Index ranks it the world’s third safest country). Lisbon also tops rankings of the best cities for raising children, and the Brownings say schools there feel more welcoming and community-oriented than American high schools. Portugal is healthier, too, with an average lifespan four years longer than America’s and cheap universal healthcare. Amon and Christina also marvel at how their neighbors embraced COVID vaccinations, making Portugal one of the most vaccinated countries on Earth.

And the housing is much cheaper. After renting for a year to study the market and establish residency, they bought a house on Portugal’s central coast, not far from the beach, for 190,000 Euros (about 220,000 USD). Their place would cost more than a million back home in the Bay Area.

Even as they grow their YouTube channel, create online classes, and make media appearances, including on CNBC and “Good Morning America,” the Brownings are enjoying retirement. They say they have more time and energy for their children, for themselves, and for inexpensive trips around Europe.

The Brownings are African American, and their friends back home often ask how race is shaping their European experience. Their answer is that they feel comfortable and connected; Lisbon and other bigger cities are highly diverse, with many Black people from Africa and elsewhere in Europe.

“When I’m in California, when I’m in the United States, I have to be conscious of race wherever I go,” says Amon. “I’ve never had a problem here, or a bad interaction with people here.”

Life in Portugal isn’t perfect. Learning Portuguese is harder than they thought (they speak Spanish, and the similarities between the two languages can make things more confusing). And they miss family, friends, and their home state’s unmatchable culinary diversity (especially Mexican and Chinese food).

The Brownings say they love California, and will continue to visit as much as possible. They could eventually become bicoastal, splitting their time between the west coasts of Portugal and the Golden State. “We couldn’t see ourselves living in any other state,” Christina says. “We positioned ourselves where we could leave, experience what it’s like in another place, and then go back if we couldn’t handle being away from California.”

Perhaps the perfect California departure is one that leaves the door open for a return.