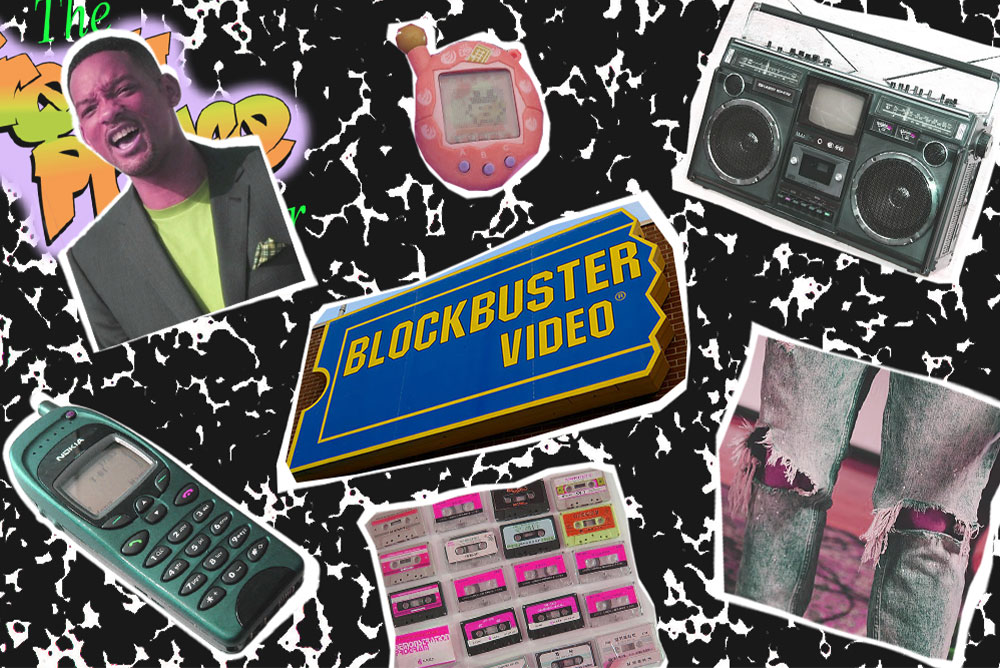 At the end of the 1990s, all anyone could talk about was the impending Y2K doomsday—that moment on January 1, 2000, when computers would think our calendars had all flipped to 1900.  Power grids would be knocked out. Planes would fall out of the sky. Life would grind to a devastating halt. We now know that the end of the world as we know it, as R.E.M. might have noted, came 20 years later, when COVID-19 prompted a collective existential crisis.

Again, we find the ’90s on our minds.  We ride a wave of nostalgia, seeking solace in those pre-COVID, pre-smart phone times. People and groups often feel nostalgic for the past when current circumstances are deficient, leaving us with a sense that something valuable has been lost, an unsettling discontinuity between past and present. Nostalgia often gets a bad rap: Critics dismiss it as regressive or reactionary, a sign that our view of the past is uncritically monolithic, making it easy to adhere to a rigid ideology. However, as those of us who study nostalgia can attest, it is also a complex, ambivalent emotion that can improve our personal and social wellbeing. In times like ours, immersing in a classic ’90s movie like Reality Bites may be a sign of emotional and psychological health, and a way of moving forward.

That millennials and Gen Xers are nostalgic for the 1990s is to be expected—we are typically nostalgic for the times in which we came of age. But the current ’90s nostalgia craze is a broader cultural phenomenon. Members of Gen Z, born between 1997 and 2012, are nostalgic for this decade that they didn’t even live through. Such “displaced nostalgia” is easily triggered by the way particular eras are represented in popular culture. Today we are awash in ’90s nostalgia, as evidenced by the resurgence of Friends and reboots of Fresh Prince of Bel-Air, The Wonder Years, Saved by the Bell, and Sex and the City, among others. In the world of fashion, grunge has returned—witness the prevalence of distressed jeans—along with graphic tees, platform shoes, and cropped tops. Bands from the 1990s are also making comebacks: the Red Hot Chili Peppers, Backstreet Boys, the Spice Girls. And books are dedicated to the decade.

In the early 1990s, my dissertation advisor, Jerry Markle, and I conducted a study that asked over 200 college students the question: “If you could step into a time machine and press any year to go to—forward, or backward in time—what year would you pick and why?” The majority of students, young Gen Xers at the time, chose decades they never knew firsthand, the most popular being the 1960s. Respondents, likely reacting to the ways that decade had been mythologized in pop culture, perceived the 1960s as a time when young adults had more freedom. As one student, who chose 1969, told us, “This was a time where it was acceptable to be lost and confused and not have an understanding of where tomorrow is going. We can’t do that today.” Students’ comments showed they associated the 1960s with music, free love, and drugs. A student who selected 1968 did so because “there was love in the air, lots of good drugs and the Grateful Dead had just begun…also, there was no AIDS and everybody was having sex.”

Members of Gen Z, born between 1997 and 2012, are nostalgic for this decade that they didn’t even live through. Such ‘displaced nostalgia’ is easily triggered by the way particular eras are represented in popular culture.

If we were to conduct that survey today, what would we find? What explains Gen Z expressing displaced nostalgia for the 1990s? Popular culture again may give us clues but there are other factors that explain the trend. Consider the key events that have shaped Gen Z: the terrorist attacks on September 11, 2001; the Great Recession of 2007-2009; gun violence (Gen Z has been called the “School Shooting Generation”); weather disasters caused by climate change; extreme political polarization; and COVID-19. Faced constantly with disaster, it’s no wonder young people seek escape beyond their times.

They also seek escape beyond their technological milieu. The 1990s were the last decade before the internet and smart phones took over people’s lives and changed the way we consume culture. We still made mixtapes for ourselves or our friends, taking great pleasure in compiling songs onto cassette tapes. There was also more excitement in chance encounters—when you heard your favorite songs play on the car radio, or when a particularly juicy, train-wrecky installment of Behind the Music aired on VH1. Today, with streaming, we can binge almost any television program over a weekend. The built-in anticipation of waiting to watch your favorite shows on a particular night of the week is gone.

Technology has transformed face-to-face interactions and relationships, too. MIT social psychologist Sherry Turkle has warned of technology’s deleterious effects on our ability to meaningfully communicate with one another and build empathy. As much as our technological devices can do, they are no substitute for authentic human relationships, which feature raw emotion, complex verbal and nonverbal cues, and genuine concern about others’ wellbeing. Our young people, the born-digital generation, experience a great deal of digital stress.

In recent years, during class discussions about technology and stress, many students in my sociology classes have expressed a desire to opt out of social media platforms, and to put away their phones for a while. They report feeling an obligation to be reachable, all the time. And the inevitable social comparisons that social media platforms facilitate has concerning implications for mental health, as well.

A big part of the appeal of Friends, and perhaps a reason for its huge resurgence, could very well be the novelty of seeing young adults navigating relationships and experiences with one another, and not through digital devices. When the characters meet at Central Perk, their local café hangout, they interact face-to-face. In real life today, coffee shops are often filled with atomized individuals tuned into their phones or laptops. Cell phones have become a ubiquitous “involvement shield”—sociologist Erving Goffman’s term for a social cue indicating that the individual is not engaged in the physical space they are occupying. Surely, the (over)use of digital devices has adversely affected the vibrancy of public spaces, the sense of shared community with others, and awareness of what is happening in one’s surroundings. Perhaps the current nostalgic turn to the ’90s can facilitate an intentional rejection of being so glued to our phones.

Social psychological research shows that nostalgia can facilitate continuity of identity, protect against loneliness, and promote healthy connections with others. In times of great uncertainty, it may be healing to put on some ripped jeans and a baggy t-shirt, invite some friends over, and play your favorite mixtape (which probably features songs by Nirvana, Boyz II Men, and R.E.M). Nostalgic reverie can give way to a future-directed nostalgia that envisions a brighter future. It may be that we can all find some inspiration in looking back.