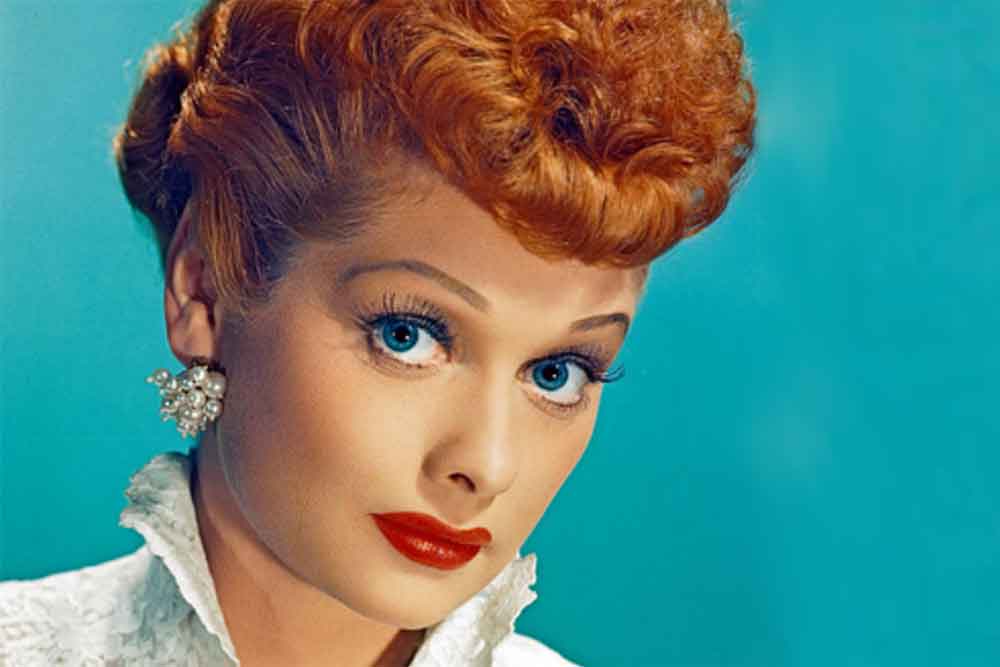 “Scary Lucy,” the much-maligned statue of comedy legend Lucille Ball in her hometown of Celoron, New York, was just a brief blip on the cultural radar when a fan campaign demanding its removal went viral several years back. I’d forgotten about it completely until I turned on Being the Ricardos, which heads to the Oscars next week with nominations for Best Actress and Best Actor.

What possessed writer-director Aaron Sorkin—a man who’s openly stated that I Love Lucy is “not a show … we’d think was funny” today—to make a film that dramatizes a week of the sitcom’s production is a mystery. Sitting through the biopic, though, I thought back to the “Scary Lucy” situation with new sympathy. Suddenly I understood the frustration of feeling Lucy’s image was being shaped by the wrong hands.

It also got me thinking about why—amid a spate of new Lucy content, including the Amy Poehler-directed documentary Lucy and Desi and even Paul Thomas Anderson’s Licorice Pizza, which inserts “Lucille Doolittle,” a Ball composite character, into its 1970s San Fernando Valley coming-of-age story—we’re still having a hard time getting the “real” Lucy right today.

Ball, born Lucille Désirée Ball on August 6, 1911, in Jamestown, New York, lived multiple lives as a model, showgirl, and “queen of B-movies” before the success of her CBS Radio comedy My Favorite Husband led the network to invite her to develop the show for television. Ball famously agreed—so long as she could play opposite her real-life husband, Desi Arnaz.

The result, ultimately, was I Love Lucy, one of the most watched and influential television shows of all time.

While Lucy Ricardo is beloved for her hijinks and heart, it’s easy to forget that Ball’s character was also emblematic of the changing role of the American housewife in the postwar era. In 1951, when the sitcom debuted, women who’d entered the nation’s workforce during World War II were being pushed out of it and into the suburbs.

“She’s a transitional figure—she’s on the cutting edge,” said Leslie Feldman, a professor of political science at Hofstra University and author of The Political Theory of I Love Lucy.

Putting the focus on Ball and Vance would make space for a truer, and more complicated look at Lucy to surface.

Ricky constantly dashes Lucy’s dreams of becoming an actress, beginning in the pilot episode where he tells her, “I want my wife to be a wife, I want you to bring my slippers when I go back home, prepare my dinner, and raise my children.” But throughout the show’s six-season run—where it never left the top three in weekly ratings—Lucy pushed back, enacting various harebrained antics, with the help of neighbors Ethel and Fred Mertz, to become a star.

She’s often successful: When the Ricardos go to Hollywood, MGM offers Lucy a contract; when they go to England, the Queen herself requests to “meet the lady that did the comical dancing.” But each time Lucy gets a taste of fame, she’s put in the uncomfortable position of having to choose between her career and her family.

This struggle “represents the conflict of women in the second half of the 20th century,” said Feldman. “Are they going to stay home and be wives and mothers? Are they going to go to work? Or are they going to do both? And what if they really do better and earn more money than their husbands? What about that? That’s an element of Lucy, too.”

The real Lucille Ball faced these same questions. Ball was 40 years old when she started filming I Love Lucy, and she’d devoted herself to her career. “She was very serious-minded, and an incredibly hard worker,” said biographer Kathleen Brady, adding that Ball was the “first to say she was a workaholic.” On the other hand, family was extremely important to her, and growing up in the Great Depression, she had a traditional view of how that dynamic worked. “Certainly, her idea was that women cater to the men, wives cater to the husbands,” said Brady.

What Lucy Ricardo achieved on the show—a happy home and family life—is what Lucille Ball wanted off screen. But her great success as an actress, a comedian, and later, a businesswoman came at a personal toll.

A tribute paid to Ball by actor and comedian Taylor Negron, who’d enrolled in a comedy class she taught in the late 1970s, speaks to this. “Lucy paid a heavy price for fame; she knew its depthless, lonely suspension,” he wrote in “The Pink Gorilla (Tuesdays with Lucy),” a moving reflection on the eight-weeks he spent learning from her at the Sherwood Oaks Experimental Film School. But it was this insight into the human condition, he argued, that gave her comedy so much depth. “Lucy was a realist who made the world a happier place to be in because she mocked the sadness in her life,” he wrote. 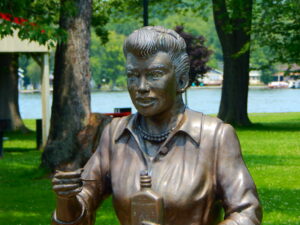 The public did not see much of that sadness. Throughout her life, Ball worked hard to shape her image, something instilled in her by the Hollywood studio system she rose up in.

“She wanted to present her best self, and she felt this was an obligation,” said Brady, the biographer. While as Lucy Ricardo she was fine wearing a fright wig and blackening her teeth, as Lucille Ball, she spent hours in makeup and hair. She also went to personal expense to respond to every fan request that came her way. “She took the love of the public seriously,” said Brady. “I think she always knew it could go away in a minute.”

Because of this, Brady believes that in this recent slate of Lucille Ball biographical work, the star would likely approve of the Poehler documentary, Lucy and Desi, the most, calling it a “valentine” to Ball and Arnaz’s relationship.

It replays the tale “we want to know—that Lucy and Desi always loved each other, and that this was a great love story,” Brady said. But, of course, that’s only part of the truth: “There were years,” she said, “where they genuinely and truly hated each other.”

Both Lucy and Desi and Being the Ricardos chose to write about Ball through her relationship with Arnaz. But the story of their partnership isn’t the only narrative around Ball to tell. Lucy and Desi, in fact, offered a tantalizing glimpse into another account of the star that one day I hope gets its own feature treatment. That’s her relationship with I Love Lucy co-star Viviane Vance, specifically during the era they starred together in The Lucy Show.

The sitcom debuted in 1962, the year that a recently divorced Ball reluctantly bought Arnaz’s interest in their production company Desilu. In The Lucy Show, she and Vance reunite on screen as two single women making a go of it together. The show is the first to feature a divorced woman (Vance’s character) on primetime television, just as off camera, Ball navigated life after two decades of marriage to Arnaz and adjusted to being the first woman to head a Hollywood studio.

Putting the focus on Ball and Vance would make space for a truer, and more complicated look at Lucy to surface. It also would offer a reminder that I Love Lucy was not just about the love story between Ricky and Lucy.

After all, while it is Arnaz’s Ricky who famously sings “I love Lucy,” the line could have easily been said by Vance’s Ethel. Their friendship served as its own emotional heart of the show. Because, as Feldman, the political scientist, pointed out during our conversation, “Ethel loved Lucy, too.”