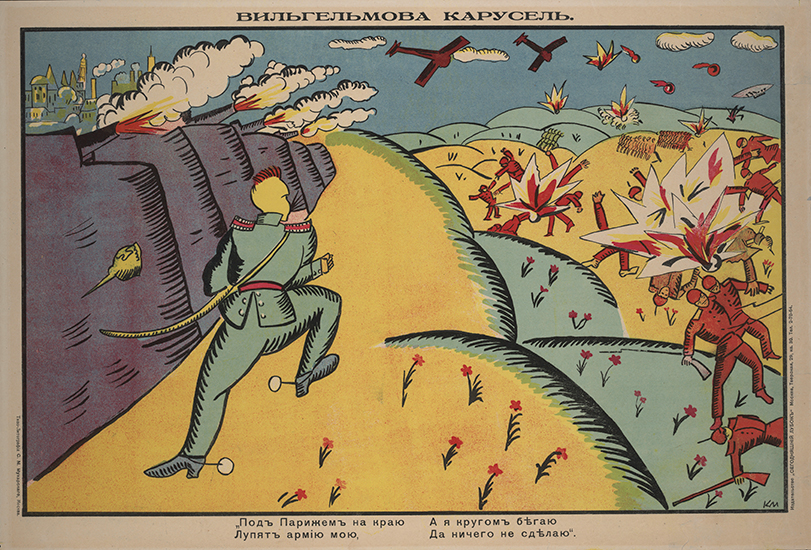 Why do cartoons provoke such strong emotions? The Charlie Hebdo attacks shocked the world, but this is not the first time that caricatures have led to violence. Governments have long been aware of how cartoon symbolism can manipulate public sentiment. During World War I, European and American artists–some of them paid by their countries’ governments–used stereotypes to demonize enemy nations and rally citizens together around a common foe. Whether consciously or not, cartoonists still tap into prejudices against certain nations and groups. How have artists, governments, and other organizations harnessed cartoons’ power, from World War I to the present? As the Getty Research Institute presents “World War I: War of Images, Images of War,” cartoonist and Bordertown writer Lalo Alcaraz, exhibition curator Nancy Perloff, and Chris Lamb, author of Drawn to Extremes: The Use and Abuse of Editorial Cartoons, visit Zócalo to discuss the role of cartoons in politics and warfare.

Photo courtesy of The Museum of Modern Art.

Cartoonists are propagandists and satirists, artists and writers. They make us laugh—in recognition and shame—and enrage and offend. At an “Open Art” event co-presented by the Getty in conjunction with …