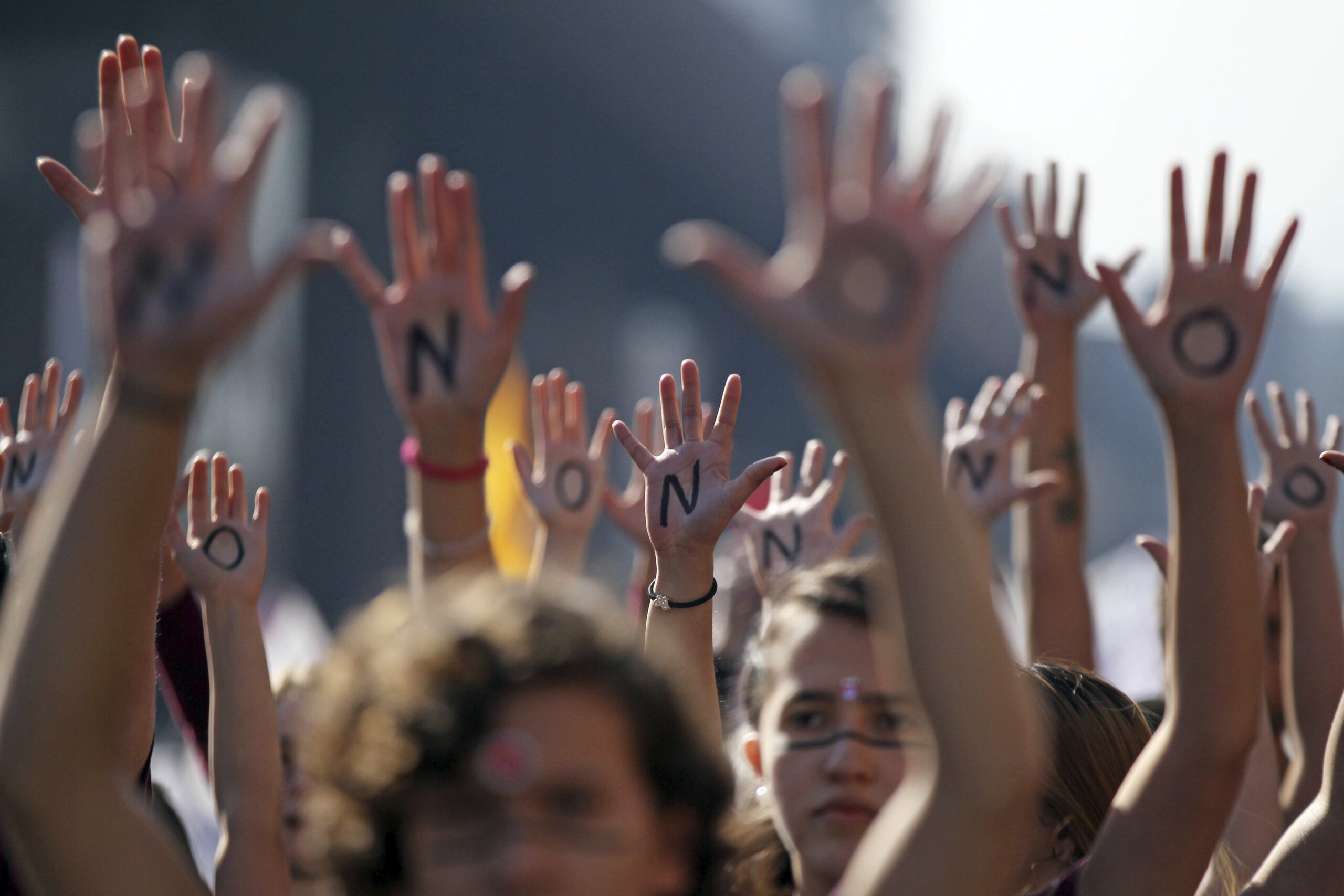 A group of women hold up their arms, showing the words "NO" printed on their palms, during a protest march demanding non-sexist education and an end to discrimination, harassment and sexual abuse by academics, students and officials in Santiago, Chile, Wednesday, June 6, 2018. Photo by Luis Hidalgo/AP Photo

There are few forces of nature more formidable than a group of women fed up with the status quo. From the French Revolution—which was sparked in part by a 7,000-woman march from Paris to Versailles—to Black Lives Matter—which was founded by three women—some of the most important protest movements in global history have been women-led. In addition to organizing many of summer 2020’s continuing marches, over the past century women have taken to the streets to rally for voting and equal rights, to condemn sexual and gun violence, and to stand against the sitting president. But protest has taken other forms too, including the #MeToo movement, anti-colonial mobilizations from Ethiopia to Southeast Asia, women taking the wheel in Saudi Arabia to demand the right to drive, and boycotts and strikes like the Women’s Political Council Montgomery bus boycott. How have women risen up collectively to create change—and influenced broader movements in the process? What has made women particularly effective protesters, and what ideas have women come up with that have changed the art of protest?

One hundred years after the passage of the 19th Amendment, Zócalo and the Natural History Museum of Los Angeles County present When Women Vote, a three-event series that begins with “How Have Women’s Protests Changed History?” The series continues with:

What Are Today’s L.A. Women Fighting For?

Register to receive updates for all events in the series.