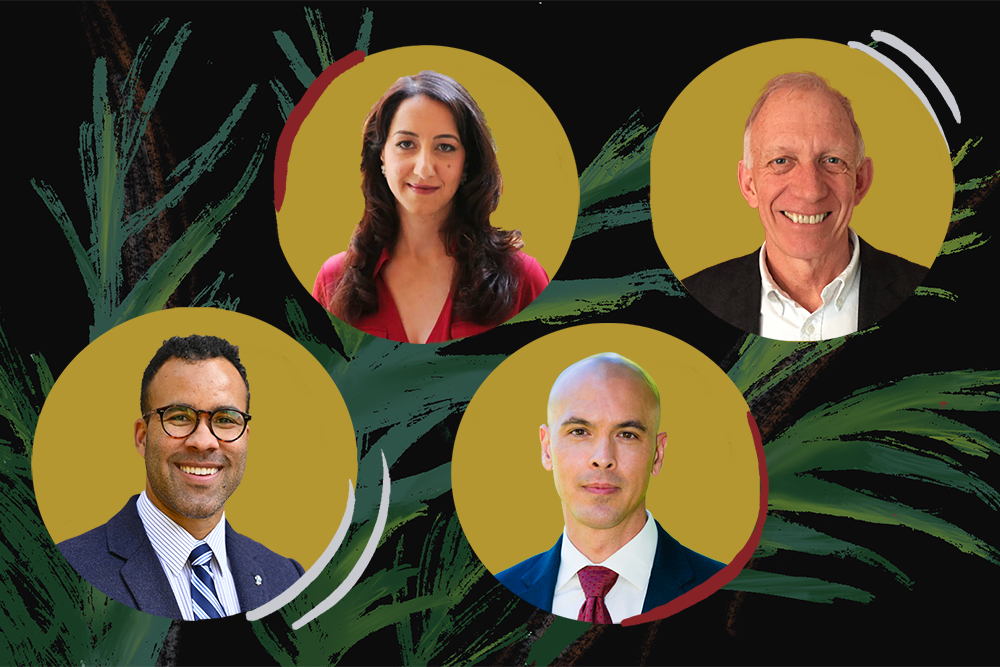 How Should Societies Remember Their Sins?: A Zócalo Event Series, Supported by The Mellon Foundation
Moderated by William Sturkey, University of North Carolina Historian and Hattiesburg Author

It’s easy to pin responsibility for war on political leaders or soldiers who commit the worst atrocities, from rape and torture to bombings of civilians and ethnic cleansing. But experts note that, because of technology and other factors, modern conflicts in particular “[blur] the lines among soldiers and civilians, winners and losers.” And the injuries that accompany war—moral as well as mortal—reverberate for generations and create far-reaching ripple effects. What responsibility do citizens living in a democracy hold for a war enacted in their name? Does the burden change if they were born or immigrated after a war began? Or if they themselves served in the government, supported the government, or protested the government?

Lieutenant General (ret.) Robert E. Schmidle, Jr., Air Force veteran and social worker Noël Lipana, and Farnaz Fassihi, journalist and United Nations Bureau Chief at the New York Times, visit Zócalo to discuss what it means to bear responsibility for war and its atrocities, and why that matters.

“How Should Societies Remember Their Sins?” is a two-year editorial and event series supported by the Mellon Foundation. Blending scholarly essays and personal stories, we will explore how societies around the world collectively remember their transgressions and make attempts at repair, and how we might imagine new paths forward. Register here for updates on events in the series.

This series is supported by The Mellon Foundation

More Events in this Series

Beyond debates over keeping statues up or tearing them down, and changing the names of schools and streets, lie more fundamental questions at the intersection of personal and public memory. Whom do we remember, who remembers, and whom does remembering serve? What do we owe to those who lived before us and those who come after us? How can we …

The Holocaust survivor Elie Wiesel did not believe in collective guilt. Instead, he asked for repair, and for holding the post-World War II generation of Germans responsible “not for the past, but for the way it remembers the past. And for what it does with the memory of the past.” Other societies and communities have taken up Wiesel’s call—at the …

Recent attempts to confront difficult history appear to be dividing the United States and entangling communities in cultural and legal conflict. But historians, social justice activists, and many others argue that grappling with the sins of the past, and the way they reverberate into the present, is a necessary foundation for reimagining the future. What are the best and most …

This series is supported by The Mellon Foundation