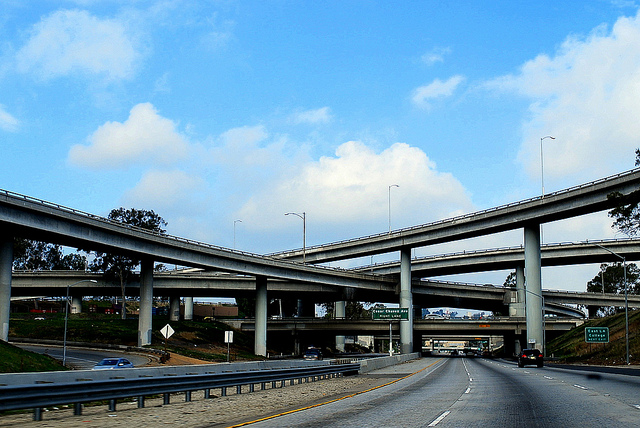 The 710 is one of the most important freeways in Southern California. It’s also shorter than originally planned: For nearly 50 years, legal and environmental challenges have stalled the freeway in Alhambra, 4.5 miles short of its intended destination, Pasadena. Over the decades, discussions about extending the freeway have cast its future as a local issue. But the 710 causes traffic, produces pollution, and affects commerce across Los Angeles and even beyond. How broad are these impacts, and what role might the stalled extension play in them? What would the five options now being debated for dealing with the Alhambra-to-Pasadena gap–implementing new surface traffic technology and strategies, new rapid bus transit, light rail transit, a freeway tunnel, or building nothing at all–mean for our region? UCLA Institute of Transportation Studies director Brian Taylor, Clean Tech Advocates senior advisor and former California Environment Secretary Linda S. Adams, L.A. Chamber of Commerce president Gary Toebben, and Southern California Association of Governments executive director Hasan Ikhrata visit Zócalo to discuss what these proposals mean for all of us.

The future of the 710—one of Southern California’s most important freeways—is an important issue and the subject of passionate debate. It’s also at the center of one of the region’s …