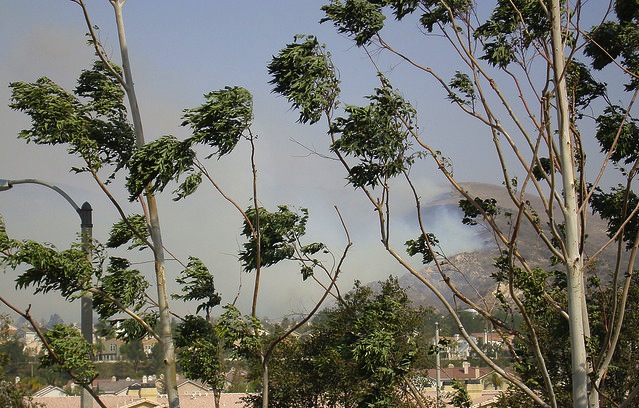 The Santa Ana Winds have long been a part of Southern California culture and myth. We sing about them, write about them, and, every fall, tell ourselves their legends: how when they blow, the murder rate goes up, “children become unmanageable,” and “every booze party ends in a fight.” Raymond Chandler famously wrote that on nights when the Santa Anas come, “meek little wives feel the edge of the carving knife and study their husbands’ necks,” while Joan Didion observed that the “violence and the unpredictability of the Santa Ana affect the entire quality of life in Los Angeles, accentuate its impermanence, its unreliability.” Steely Dan, Bad Religion, Everclear, The Doors, and The Beach Boys all paid tribute to their power in song, and they’ve been a useful tool for novelists, TV writers, and Hollywood. But do we understand how the winds work? And is there any truth to the idea that they put us on edge and cause not just temperatures but tempers to rise? Novelist Janet Fitch, author of White Oleander, UCLA meteorologist Robert Fovell, and L.A. County Fire Captain Drew Smith visit Zócalo to tell our favorite stories about the Santa Anas, demystify their hold on us, and discuss what our fascination with the winds says about L.A. life.

You know them when you feel them, or when you hear them blowing through the trees. They’ve cut out your power or even threatened your home. And you can quote …