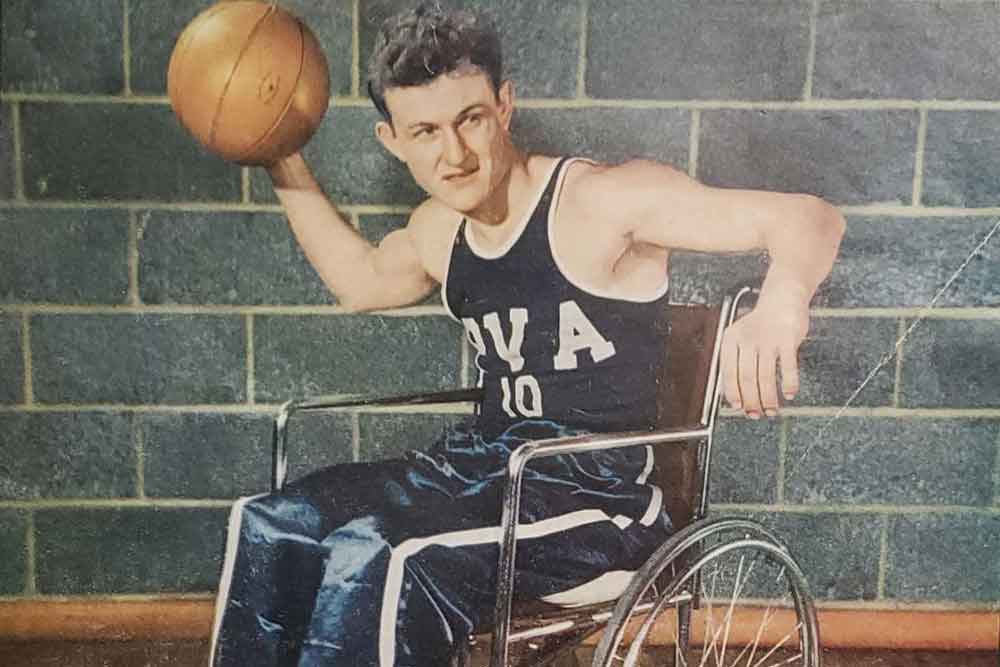 The color photograph that appeared on the cover of Newsweek magazine on March 22, 1948, shows a solitary wheelchair athlete, his right arm cocked as if he’s about to pass the basketball he’s palming to a distant teammate.

Today, nearly 75 years later, this unassuming tableau—which would have been a new, even puzzling image for readers at the time—resonates like a thunderous slam-dunk.

To understand the significance of this long-forgotten image, it’s important to recall that after Franklin Delano Roosevelt was elected president of the United States in the early 1930s, he …

On an unremarkable Wednesday evening in the spring of 1948, 15,561 spectators flocked to New York’s Madison Square Garden to watch two teams of World War II veterans play an …