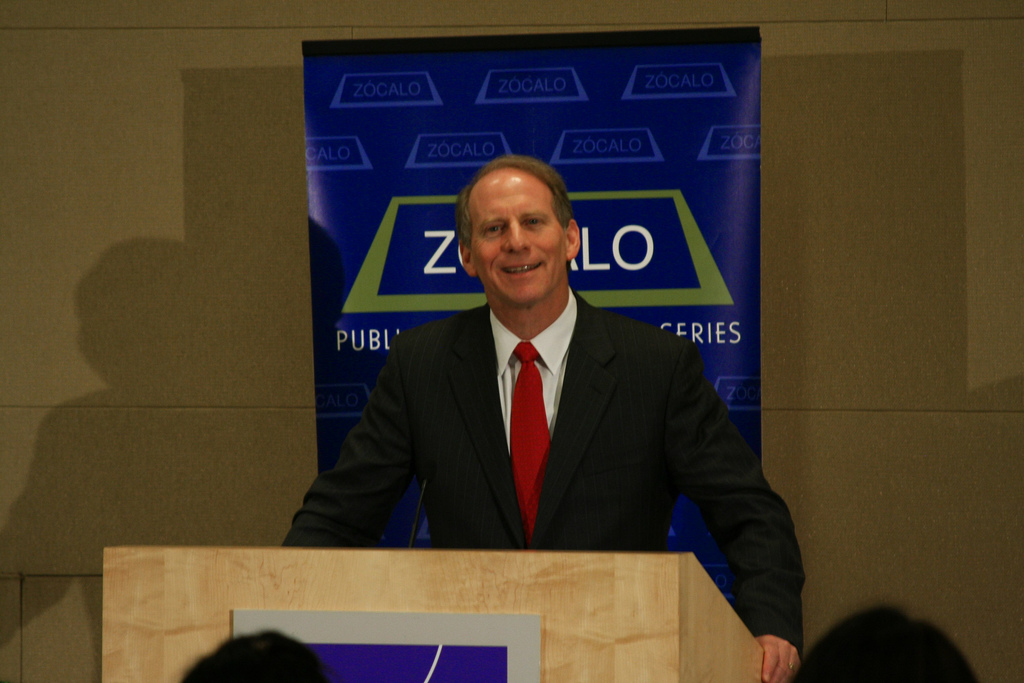 Richard N. Haass was pleased with the originality of his new book’s title — at least until he Googled it.

On a tip from a friend who thought War of Necessity, War of Choice

sounded familiar, Haass, president of the Council on Foreign Relations, discovered someone had claimed the phrase before him.

“Somebody beat me to it by 800 years — Maimonides,” Haass said to a laugh from the full house at the RAND Corporation. “Before you go out there claiming originality, check with Google, and perhaps your rabbi.”

But Haass did offer an original perspective on two definitive events of our age – the Iraq wars. Drawing on his senior-lever service for both Presidents Bush, he explained what made the first war a war of necessity, and the second war a flawed war of choice. 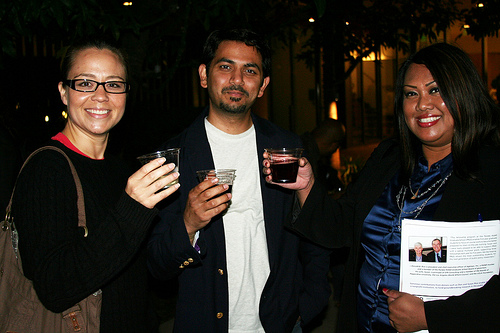 Before Saddam Hussein invaded Kuwait in 1990, many members of the George H. W. Bush administration, including Haass, weren’t taking Hussein completely seriously. “I thought Saddam Hussein was doing some late-20th-century version of gunboat diplomacy, pressuring Kuwaitis to drop the output of oil,” he said. “I was wrong and most others were wrong.”

Haass had the difficult task of briefing the President about the building crisis – who, injured after a game of golf, was in the middle of a massage. “It’s difficult under the best of circumstances” to brief the president, Haass said, “But anyhow you can’t always choose your settings.” Haass and Bush 41 considered persuading Hussein against an outright attack, knowing that it would take some time since it was “before the age of cell phones and in any case I didn’t have Saddam’s number,” Haass joked. Before they could consider the options, the American ambassador to Kuwait called and said shots had been fired.

The first National Security Council meeting after the attack wasn’t too productive. “People were all over the place, as you might expect,” Haass said. “It takes individuals a few hours or days to get their sea legs in a crisis.” Later, Haass and others considered the stakes. As he noted at RAND, many in the administration believed it to be a crucial moment, coming only one year after the fall of the Berlin Wall. “Whatever we did or didn’t do, we would be setting precedents,” he said. “What lessons would tyrants around the world take?” They were also concerned about oil – Iraq and Kuwait combined had one-fifth of the world’s known oil, and if Hussein controlled it all, oil-rich Saudi Arabia, Haass said, would be “only independent in name.” 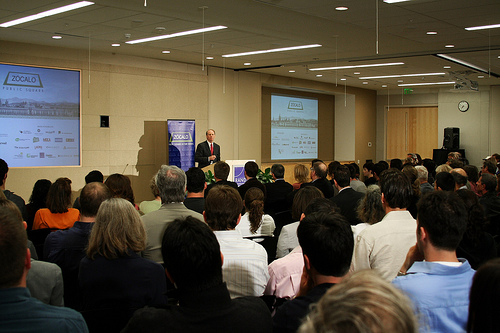 Despite the lack of consensus at the initial NSC meeting, George H. W. Bush knew he wanted to “lay down the law” to respond strongly against Hussein’s actions. It worked. “Despite what Kennedy wrote in Profiles of Courage,” Haass said, “it’s very hard, after the President gives an impassioned speech at an NSC meeting, for someone to get up and say ‘You’re all wet.'”

It was not an inevitable course of events, Haass emphasized. Sending hundreds of thousands of troops, passing several U.N. resolutions, winning the support of many countries, and going to war was a major effort – one another president might not have pursued. And, crucially, it was what Haass calls a war of necessity: it was vital to our national interest, he argued, to demonstrate firmness against tyrants, and all other policy options had been exhausted.

Another key decision was when to stop the war, and Haass was again well-placed to experience the decision-making process firsthand. Four days after the ground campaign began, he was working on the President’s speech to end the war. He received a call from one Robert Gates, demanding his presence in the Oval Office. When Haass asked for 30 more minutes, Gates replied that he was needed now. “He said a few other things, not exactly PG,” Haass joked. There, Haass found, was the president’s senior team – Brent Scowcroft, Colin Powell, James Baker, Dick Cheney – all in agreement with the president on ending the war.

It was, Haass noted, what the world expected, and it seemed strategically wiser to keep a strong Iraq to check Iran, and to avoid getting pulled into an Iraqi civil war. The administration also drew a cautionary lesson from the past, recalling Harry Truman’s approval of pushing the Korean War past the 38th parallel. “Three years and 30,000 lives later, we were back at the 38th parallel,” Haass said.

Watch for happiness at Defense 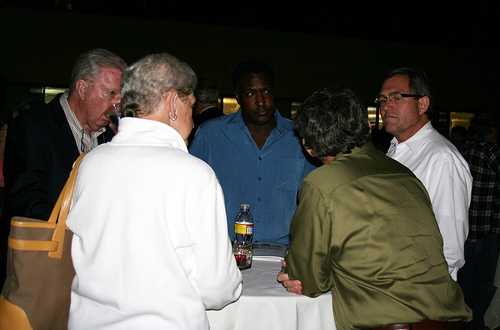 Over a decade later, while Haass was serving in the State Department under George W. Bush, he and others at State noted that, as he put it, “People working for the Vice President, the National Security Advisor, and the Department of Defense are too happy. Something is going on.” When he asked Condoleezza Rice in the summer of 2002 whether the president was indeed planning an Iraq war, Haass claims she replied, “Richard, save your breath. The president has already decided.”

Soon, “The debate on the table was not whether to go to war but how,” he said. “All of this happened without there ever being a formal meeting in the Bush administration about whether to go to war, which is quite stunning when you think the most fateful, the most defining decision of the presidency was made without a meeting to debate the pros and cons.”

The war was poorly implemented, Haass said, in part because the Pentagon was charged with planning the war and the peace, as if, Haass said, “your opponent calls lines on both sides of the court” in a game of tennis. And the Pentagon pitched an easy war and peace. “Imagine, if you’re the President of the United States and people come into your office and say ‘Have I got a plan for you! We are going to achieve historical things at a very low cost,’” Haass said. “It sounds pretty good.”

The second Iraq war was a war of choice, Haass argued: the national interest was less than vital, and all other options hadn’t been exhausted. Furthermore, no new intelligence or word of an imminent threat had been received (though Haass, like many, believed at the time that Hussein had biological and chemical weapons).  Haass said it wasn’t about oil, or Israel, but rather something loftier, to prove “that the U.S. could shape history, and not just be a victim of history…. Iraq was the chosen vehicle to do something big and bold.” The influence of Bush’s father, Haass also argued during Q&A, only mattered in that the younger Bush sought a “consequential” presidency, and did not see his father’s in this light. “The irony is, he succeeded,” Haass said wryly.

Despite his critique of the second Iraq war and its implementation, Haass said that he is not 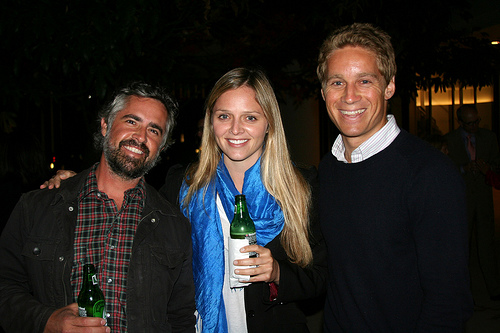 against all wars of choice, if the benefits outweigh the costs. One could argue that the Balkan war had a positive impact, he said, and that wars of choice in Rwanda and Darfur would have done the same. And, Haass noted in Q&A, the Afghanistan war is becoming a war of choice, as Barack Obama escalates American presence there.

Ultimately, Haass emphasized that wars reflect an individual leader’s belief in particular ideas of the U.S. role in the world. The older Bush was a realist, using war to change the foreign policy of another country; the younger Bush was an idealist, using war to change a country’s entire internal structure. The latter is not, in Haass’ mind, a viable course. “It’s not because I’m obviously against democracy. I’m not that cynical. I just don’t know of anything more difficult – for the U.S. to think it can somehow reengineer other societies,” he said. “We have to think about defining success down.” 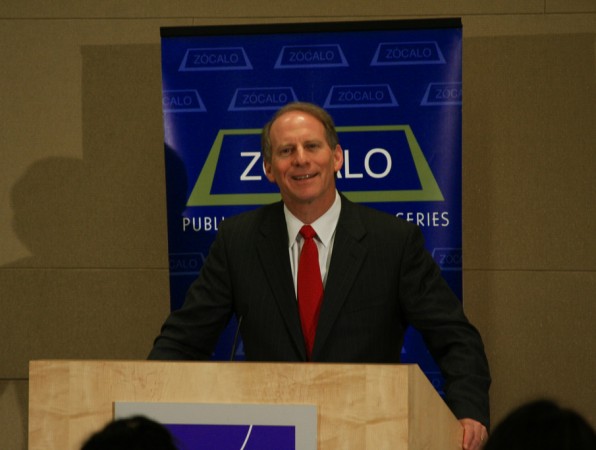