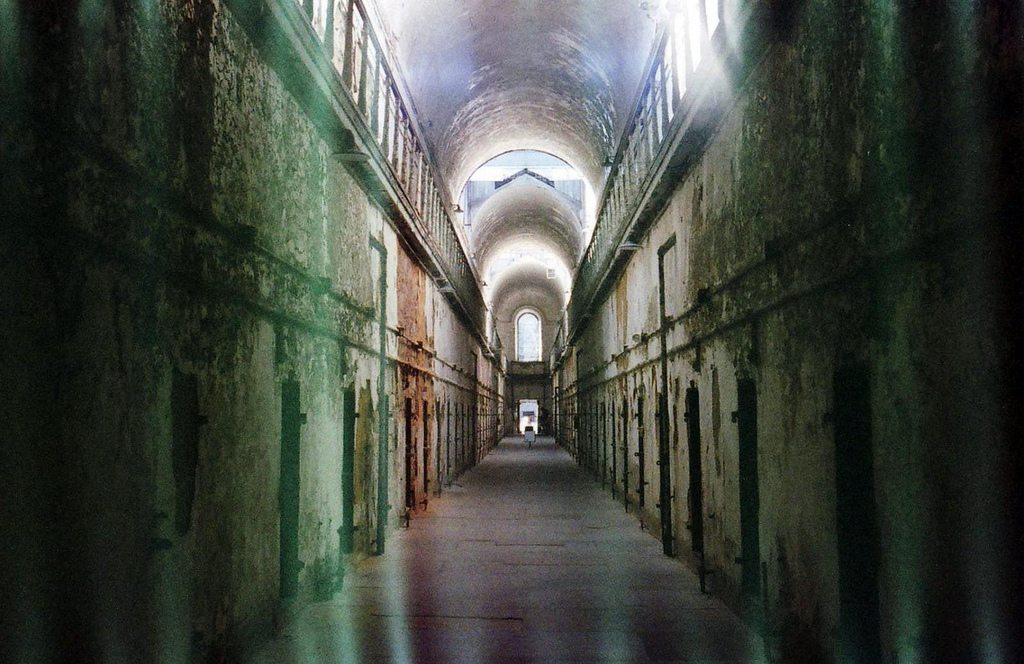 In When Brute Force Fails: How to Have Less Crime and Less Punishment,`4 Mark Kleiman argues for a smarter approach to crime. Below, he explains why our current method of crime control is the worst of both worlds, and how applying a few new principles could simultaneously reduce crime and our prison population. Kleiman, a UCLA public policy professor, visited Zócalo at the California Endowment and told us more about his approach to crime.

Crime, even after a decade of falling crime rates, remains a huge problem, and a major barrier to improving conditions in poor neighborhoods. One American adult in 100 is now behind bars – a significant problem in its own right. The challenge we face is how to shrink both problems at the same time.

Could the United States have half as much crime and half as many prisoners a decade from now?  Yes, but not the way either liberals or conservatives normally think about the problem: not by building more prisons or “fixing root causes,” not through “zero tolerance” or “restorative justice,” not by “winning the drug war” or “ending prohibition,” not with “more guns, less crime” or national gun registration.

The current system of randomized severity gets us the worst of all possible worlds: high crime rates and mass incarceration. Cutting both crime and incarceration rates depends on a few principles, simple in concept but requiring effective management. First, a few general points:

•    Punishment is a cost, not a benefit.
•    Swiftness and certainty are more effective than severity.
•    A truly convincing threat doesn’t have to be carried out very often.
•    Concentrating enforcement attention works better than dispersing it.
•    The primary goal of drug law enforcement should be to minimize crime and disorder around the drug markets, not to reduce the flow of drugs. 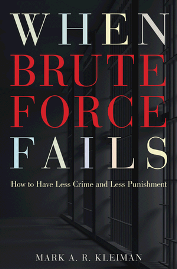 Second, it’s important to keep in mind a few facts about offenders. A small proportion of offenders account for most of the crime. All offenders need to be warned – personally and specifically – what it is that they’re not supposed to do, and what will happen if they keep doing it. And in some cases, there is a viable alternative to long jail terms. Monitoring the location and drug use of probationers and parolees has never been easier – these technologies could be used to manage them safely in their communities instead of keeping them locked up. This, of course, depends on the willingness and capacity of law enforcement to use short jail stays, delivered quickly and reliably, to sanction probation and parole violations.

Third, the criminal justice system isn’t alone in the fight against crime. Not every social program helps control crime, but some demonstrably do: nurse home visits for new mothers, improved classroom discipline, school days that start and end later, reduced exposure to lead, and substitution therapy for opiate addicts. Social services agencies need to be managed with crime control in mind, just as criminal justice agencies need to be managed to help control disease and serve other non-crime control purposes.

Hawaii’s HOPE probation program illustrates how this approach plays out in practice. In Hawaii, as in California, neither judges nor probation officers want to revoke probation and send a probationer to prison for “technical” violations. Consequently, probationers quickly learn what they can get away with: roughly, anything short of getting arrested for a new crime. In particular, drug users learn that the most likely result of failing a drug test is a getting off with a warning. As a result, probationers keep using expensive drugs, which often means going to prison for the crimes they commit to pay for those drugs.

But a judge in Hawaii had a better idea. He took a group of methamphetamine-using probationers who wouldn’t stop using their favorite drug and put them on randomized drug testing, with the promise that every missed or “dirty” test would lead to an immediate 48-hour spell behind bars. Once that threat had been clearly made, most probationers stopped using. Of those who got caught once and spent their two days in jail, fewer than half broke the rules again. That simple step cut the number of probationers arrested for new crimes, and the number sent off to prison, by two-thirds.

In High Point, North Carolina, police had been trying and failing for 20 years to control an open crack market. Every time a dealer was arrested, a new dealer took his place. But then the police accumulated cases against all the active dealers, and called them in for a meeting. The police chief issued a simple message: stop dealing right now, or go to prison. That drove most of the dealers away immediately; the one who decided to test the system was arrested. With all the dealers gone, customers stopped coming, and the market dried up. Five years later, it’s still gone.

Effective policies can start well before a crime is committed. Poor parenting creates children at high risk of becoming serious criminals. Sending nurses to the homes of first-time mothers who are also poor and young can markedly improve the lives and the health of their children, and reduce their probability of being arrested by more than 25 percent.  That may be the most cost-effective crime-control program ever invented-the cost of sending nurses out is more than covered by the reduced burden those children will pose on the healthcare system.

After four decades of being “tough on crime,” it’s time to get smart instead. We need to be as tough as necessary, but no tougher. The goal is not to put a many people behind bars as possible, but to make people safer in their homes, workplaces, and neighborhoods. Professionals throughout the criminal justice system are figuring out how to do that; it’s time for the public conversation to catch up with what the experts know.