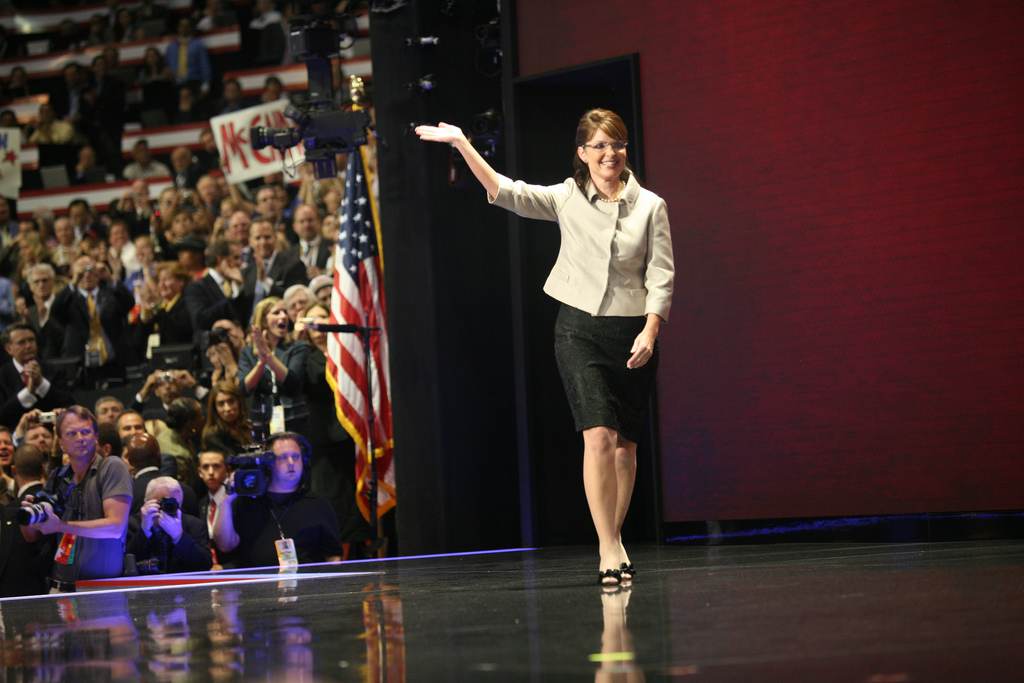 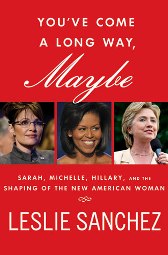 Using Hillary Clinton and Sarah Palin, and to some extent, Michelle Obama, as anchors, Leslie Sanchez’s You’ve Come A Long Way, Maybe explores the role of women in politics – not only as candidates or wives of candidates but also as voters and commentators. It is women who were unkindest to women, according to Sanchez: from Charlotte Allen accusing Clinton of running a campaign marred by supposedly female flaws to Tina Fey’s masterful “Palinisms,” women journalists, bloggers, and comedians turned into “mean girls” during the 2008 elections.

This formulation itself isn’t exactly free of negative stereotyping about women, and rests on the problematic assumption that women should grant female candidates a certain sisterly benefit of doubt regardless of performance. But Sanchez’s analysis of the sexist undercurrents of the election, and the different ways the media treated Clinton and Palin, is fascinating. While Clinton was portrayed as an overly ambitious iron lady and as “everyone’s first wife, standing outside the probate court” (courtesy Mike Barnicle, MSNBC), Sanchez contends that even conservatives such as Rush Limbaugh (“She’s going to remind men, Gee, I wish she was single.”) were too impressed by Palin’s looks to take her seriously.

Women’s groups added their own pressures – conservative feminists and liberal feminists never saw eye-to-eye during the elections. Both seemed to make damaging assumptions about their candidates. Sanchez argues that the Clinton campaign took young women’s votes for granted. Barack Obama was able to reach young female voters much more convincingly than Clinton because, Sanchez suggests, asking young women in their 20s and 30s to feel the momentousness of Clinton’s run was akin to asking them to feel an emotional connection to the moon landing.

Conservative feminists seem to have overestimated Palin’s appeal. For April-Liesel Binapri, founder of the Feminist Alliance of Conservatives for Equality, for example, Sarah Palin was the “perfect role model for anti-establishment conservative feminists,” the ones who don’t burn bras or belt out Helen Reddy.  But liberal feminists wouldn’t touch Palin with a barge pole. Gloria Steinem equated McCain’s choice of vice president with that of a boss who picks an unqualified woman for the job just because she agrees with him. Still, Sanchez sees in Palin an everywoman, and a viable future presidential candidate: “We all know a Sarah Palin. They are the ones who organize picnics, coach the hockey teams, run the condo association, put together the town budget.” She adds, tellingly, “Most of us are Sarah Palins, to one degree or another.”

The McCain campaign also seems to have mismanaged Palin’s media appearances, particularlyPalin’s disastrous interview with Katie Couric. As Sanchez asks, “Did no one in the McCain campaign have the experience to anticipate some of the standard questions his vice-presidential candidate might have to field and the foresight to assist her in preparing answers for them?”

Grudgingly, Sanchez credits the Obama campaign for its coherent and disciplined communications strategy, including Michelle Obama’s image, which balanced the intellectual independence that Clinton brought to the First Lady role and the separation of spheres that Laura Bush maintained. Sanchez surmises that Michelle Obama’s high approval ratings – during and after the campaign and with voters as well as press – enabled her to be a strong salesperson for her husband’s policies while maintaining distance from actual policymaking.

Despite their failed campaigns, Sanchez gives credit to Clinton and Palin for successfully raising money, galvanizing supporters and, Sanchez hopes, raising the discourse about women in politics and teaching women the lesson of supporting each other. Easier said than done. Even Sanchez, after labeling media coverage of Palin’s wardrobe sexist, complains that Michelle Obama’s green dress, worn at the 2008 Democratic convention, “was just too tight and, well, not exactly the best look for her.” Those claws don’t go away so quickly.

Further Reading: When Everything Changed: The Amazing Journey of American Women from 1960 to the Present

and Notes from the Cracked Ceiling: Hillary Clinton, Sarah Palin, and What It Will Take for a Woman to Win