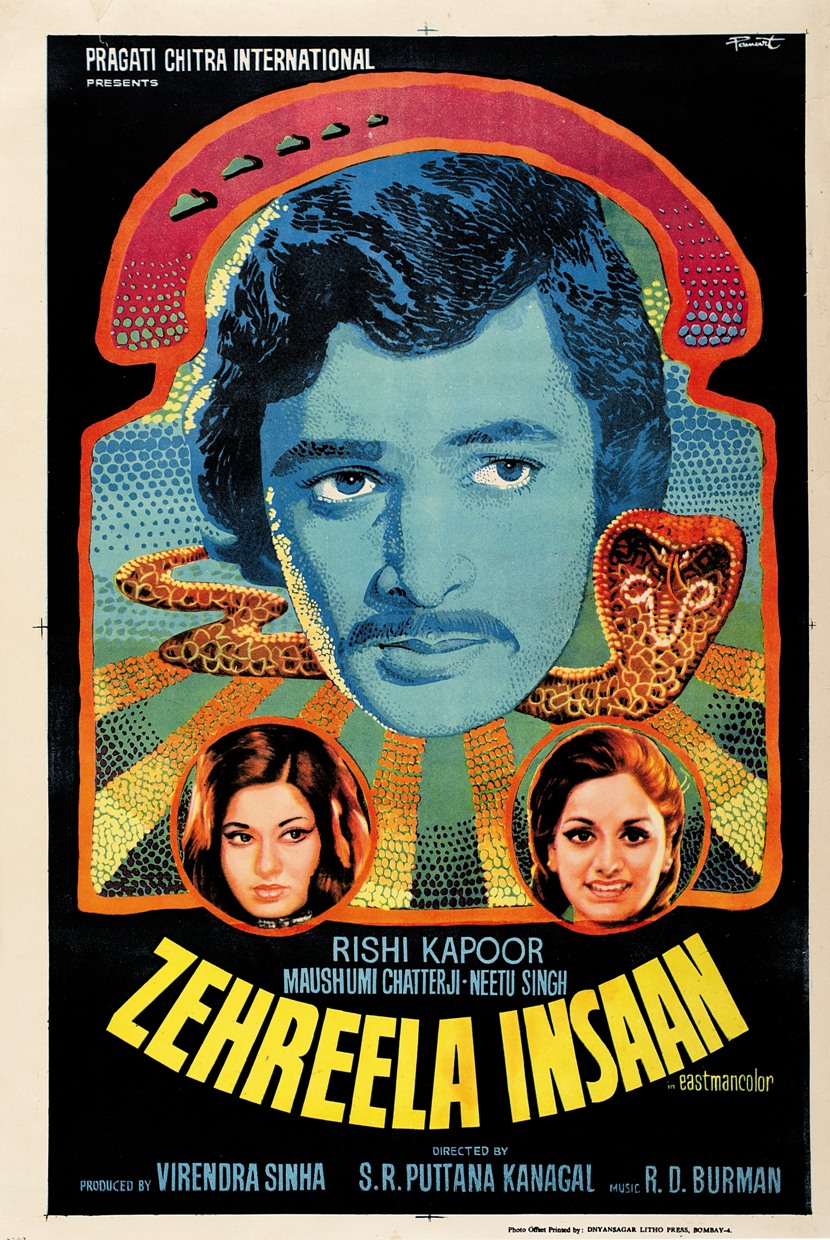 Bollywood posters have done for Mumbai what the movies done for the film world – dotted the landscape with sharp color and lurid drama. And like the flicks, the posters, particularly the hand-painted variety, are becoming relics in the digital age. For decades, beginning in the 1930s, studios employed painters, photographers, sketching artists, lettering artists and billboard printers to make paintings and prints, banners and other displays, to hype films driven on street publicity well into the 1990s. The art relied on image over text to appeal to a multilingual and not always literate audience. The poster art made its way into pin-up calendars – often with stars faces put atop the bodies of wet-sari-clad anonymous girls – and matchbooks, playing cards and ice-cream carts, evolving into ever more nooks of public space and mind. Below, a sampling of images from Taschen’s The Art Of Bollywood

Poster for Free Love, 1974, by Ramkumar Sharma. Nudes and images from Western art show up unexpectedly in Sharma’s posters.

Poster for Kavi Kalidas, 1959, by Vaman Mistry. The newly independent nation celebrated its heroes and legends in grand epics.

Poster for Pooja Ke Phool, 1964, by G.H. Rao. The ‘Sivakasi look’ is a result of heavy manual retouching in prepress. Even the gods were given lipstick by south Indian printers, one artist complained.

Booklet for Ram Balram, 1980, by Diwakar. Some artists tried to bring the chaos of the masala poster under control through a judicious use of color.