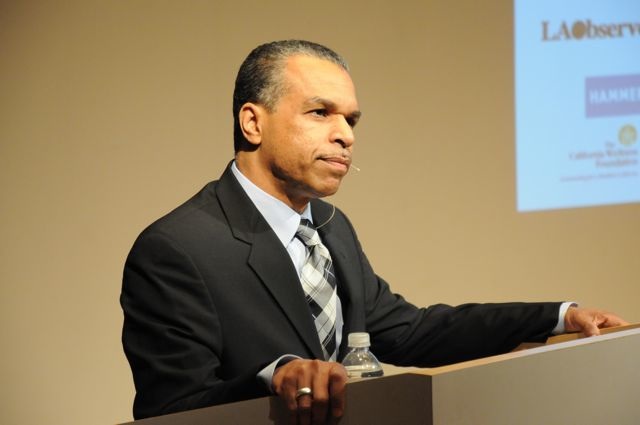 John Rich founded the Young Men’s Health Clinic at the Boston Medical Center as a modest project with a big goal.

“At that time, you could pretty much do anything as long as it didn’t cost anybody any money,” joked Rich, author of Wrong Place, Wrong Time: Trauma and Violence in the Lives of Young Black Men.

Rich’s plan was to draw young African American male patients from other parts of the hospital — the surgery wards, the dermatology clinic, the emergency department — so that he could provide follow-up care and find out more about the patients’ lives. His findings were striking: 45% of patients had suffered violent injuries in the past. More than half had witnessed a shooting or stabbing, a quarter said they didn’t feel safe, and nearly half said they had previously been harassed by the police.

“Trauma was the problem,” Rich told the audience at the Museum of Contemporary Art. Rich explained how trauma – not violence, or their status as injured victims – structures the lives of young black men and why understanding this can point the way toward a solution. 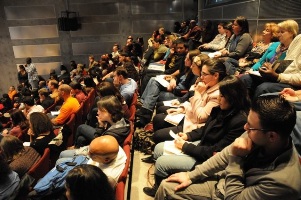 Urban violence is often understood only as a matter of homicide, Rich explained. Indeed, young black men are more likely than any other group to be victims of homicide – 19 times more likely than young white men of the same age. But it’s “only the tip of the iceberg,” Rich said. For every homicide, there are an estimated 94 nonviolent fatal injuries. And violence is a recurring injury, Rich said. Some studies have found that, out of a group of gunshot and stabbing victims, within five years, nearly half had suffered another shooting or stabbing, and one in five had died.

The prevalence of violence leads to some assumptions, Rich noted, often uncomfortable, that “young black men don’t get shot – they get themselves shot.” Rich began to gather stories of young victims of violence. Many were injured because they were at a party where “some interpreted disrespect lead to a fight. ” Some were trying to avoid being robbed, had gone out late at night to a convenience store, or were simply mistaken for someone else. Many of them, Rich said, explained their injuries by saying, “I guess I was in the wrong place at the wrong time.”

Rich applied his understanding of trauma to study the impact of these violent injuries. Over the past three decades, Rich explained, there has been an “explosion” in the study of trauma, whether in returning combat veterans or victims of sexual assault. Rich began to see similar symptoms in victims of urban violence, including depression, hypervigilance, a refusal to leave home, nightmares, sleeplessness, and numbness. “Young people who have these symptoms often believe they’re going crazy,” he said. “The burden for that lies on the medical system. We fail to explain what we know as the normal aftermath of trauma.” Nine in ten victims of violence are treated within hours and sent home, leaving them to cope with trauma alone. Many turn to drugs to forget or buy weapons to feel safe. When they return to the hospital with “emotionless faces” doctors and nurses assume they are guilty, or lack empathy, Rich said, worsening trauma symptoms. “It’s a vicious circle and we’re part of it.”

Your normal is not my normal 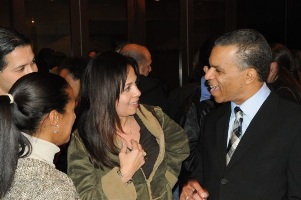 For many victims, violence is a daily reality, tied to codes of respect. “I began to hear them use the word ‘sucker’ over and over again,” Rich said, explaining that a sucker is someone who doesn’t retaliate when pushed, of whom others take advantage. “You wouldn’t want to be a sucker,” Rich said. “I would venture it’s not an unfamiliar idea to you in the audience,” noting that we romanticize the idea of standing up to bullies. This “code of the street” protects and provides identity “when other avenues to have an identity are closed off to you.”

Rich came to understand this through a young man he mentored, Roy. “The central guiding notion of Roy’s life was, winning justifies everything,” Rich said. Whereas Rich’s father was a dentist and his mother was a teacher who worked hard to make sure he was safe, Roy was taught and raised to fight, and often ignored by his parents. He was a smart student but mocked by others for it. And he grew up in what Rich characterized as an atmosphere of “intense racism.” Many people “withdraw or recoil” from young black men, he continued. “They get followed in department stores. The body language of many of us around them is one that continually denies their humanity.” Or as Roy put it to Rich, “Your normal is not my normal.”

Roy went on to work for six years in the office of Senator John Kerry, Rich said, and now works with other young black men “whose lives mirror his own.” Roy’s healing process is ongoing, and relies on breaking the cycle of violence through treating trauma. Rich applies this method in his clinic. He tells patients to expect disturbing symptoms, to avoid drugs or buying a weapon, and to call a doctor for sleeplessness and anxiety. He avoids simply treating them or punishing them and considers them as injured and in need of healing. His staff also assists them with tasks like getting an identification card, taking them through potentially intimidating institutions and using the opportunity to offer mentoring and counseling. Long-term engagement is key, Rich said, rather than “hit-and-run mentorship,” particularly for young men without supportive parents. Similar work is being done in San Francisco and Los Angeles. Unfortunately, Rich noted, “What we pay for is medical treatment of a wound. We do not as a society value the healing of the minds of these young people.”

Payment isn’t the only problem, Rich said. Our policy actions sometimes go against our knowledge of what eases trauma, whether it’s cutting physical education in schools or pulling mental health services out of prison, “as if that’s a perk,” Rich said. “We need to actively rehumanize them in our own minds, and think of them not as a drain but as a resource. This is not only about how we decrease violence, but about how we help young people to thrive.” 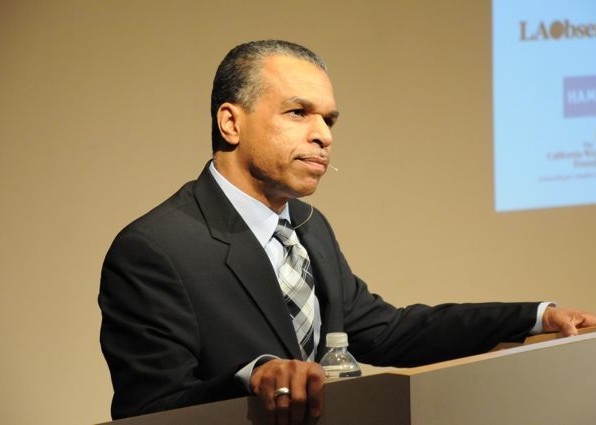