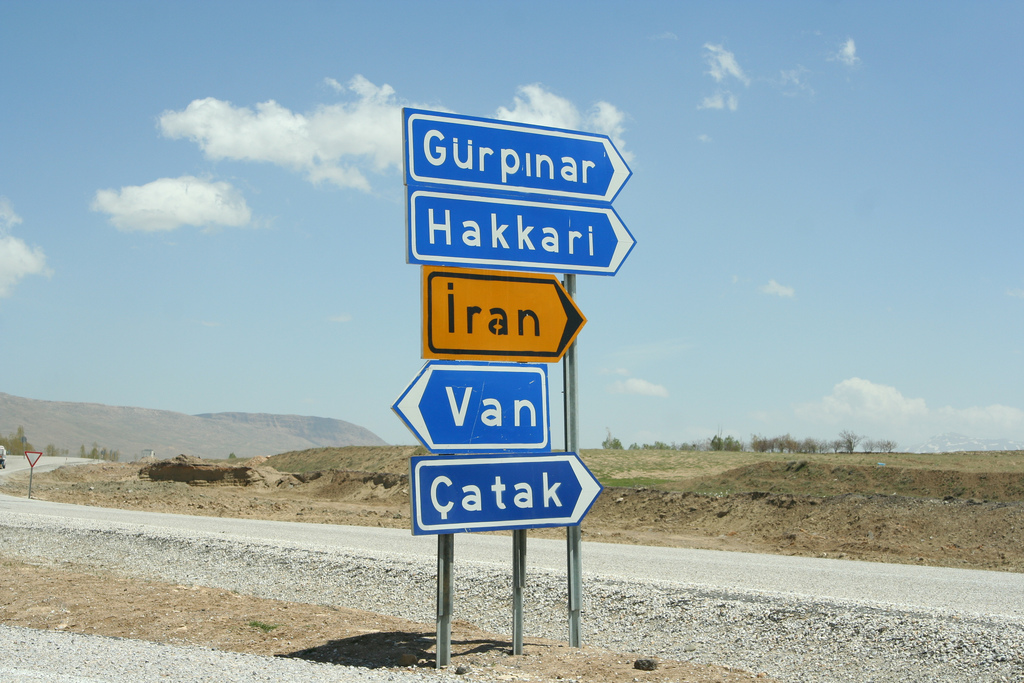 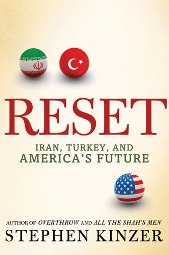 Stephen Kinzer’s 2007 book Overthrow: America’s Century of Regime Change from Hawaii to Iraq was fourteen chapters about fourteen instances in which the United States “was the decisive factor in the overthrow of a particular government.” It demonstrated that Kinzer has an uncanny ability to draw unexpected links between histories of many places. Reset is another accomplishment in that regard. It is a dual history of emerging democracies, histories that resonate with America’s own democratic narrative. Iran and Turkey, Kinzer argues, make for excellent partners in the Middle East because they have, embedded in their cultures, a struggle for democracy.

If all this sounds too far-fetched, particularly with oft-maligned Iran, Kinzer’s work begs the reader to take a longer view. In the early 1900s a democratic movement in Iran arose against – and ultimately capitulated to – British and Russian occupiers. “Iran’s first experiment with democracy was over, crushed by foreign powers,” Kinzer writes. “It left a vivid imprint on the nation’s collective psyche.”

Kinzer parallels this history of Iran with the rise of Turkey as a democratic nation. He chronicles the journey of Mustafa Kemal, better known as Atatürk, the founder and first president of the Republic of Turkey. While Turkey became a republic with an exiled caliphate, Reza Shah, installed in a British-engineered military coup in Iran, sought to create an enlightened kingdom. Both leaders valued higher education and women’s rights, but brutally repressed opposition and were uncomfortable with ethnic diversity. Atatürk’s reforms took hold and created institutions that facilitated Turkey’s bumpy road to democracy. Reza Shah’s legacy was a propped-up two-generation dynasty.

In the throes of the Cold War, the United States removed the democratically-elected Iranian Prime Minister Mohammad Mossadegh in the covert Operation Ajax and installed Reza Shah’s son. “[American leaders] might have looked at Iran’s democracy and recognized a partner…” Kinzer writes. “Instead they looked at its nationalization of an oil company and saw an enemy.” Turkey’s military might during the Korean War, on the other hand, made it a partner of the U.S., and eventually a member of NATO.

U.S. actions in Iran set the stage for the Islamic Revolution and the reign of Ayatollah Khomeini. Clerics emerged as leaders from the wreckage of a corrupt regime that had crushed civil society. Relations between Iran and the United States deteriorated. In the 1980s during the Iran-Iraq War, Donald Rumsfeld, moonlighting as a Middle East envoy, allied with Saddam Hussein and helped Iraq cover up its use of poison gas and “unconventional weapons.”

Kinzer’s history continues, folding in short narratives of Saudi Arabia-US relations and of Israel and Palestine. While the United States’ string of foreign policy failures in the Middle East has been documented at length in many recent books, Kinzer’s work ultimately is an ambitious blueprint, a plea really, for the United States to take a different course. He wants the United States to loosen its joined-at-the-hip policies with Saudi Arabia and Saudi Arabian money. He suggests using Turkey, with its democratic and Muslim institutions, as a mediator. Turkey, he says, is in a unique position given its good relationships with Hamas and the Taliban, as well as with Israel and the United States. Kinzer asks for diplomacy with Iran based on the recognition that Mahmoud Ahmadinejad will not hold power forever, and that Iran’s theocracy belies the persistence of democratic values. “Agreement comes first,” he says. “Changes in behavior follow.”

Excerpt: “Evening was falling over Tehran when news of that day’s terror attacks [September 11, 2001] was first broadcast. Spontaneously, groups of people carrying candles began walking through the streets to express sympathy and support for the United States. They converged at one of the city’s main squares and stood in silent witness, reflecting a visceral sense of solidarity that many Iranians, despite the vicissitudes of history, feel with Americans. This vigil was the only pro-American demonstration held that day in any Muslim country.”

Further Reading: All the Shah’s Men: An American Coup and the Roots of Middle East Terror

by Stephen Kinzer, Overthrow: America’s Century of Regime Change from Hawaii to Iraq

by Stephen Kinzer, and Forces of Fortune: The Rise of the New Muslim Middle Class and What It Will Mean for Our World by Vali Nasr.