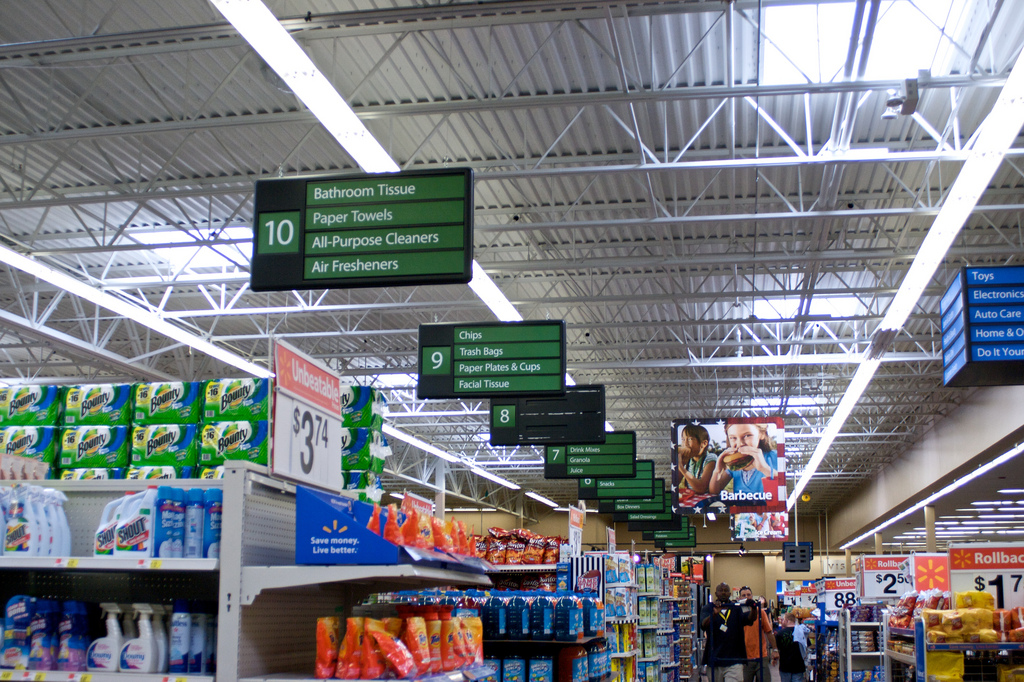 Staring down the aisle of a Wal-Mart or a Target, it doesn’t seem that American consumers lack for choice. But Barry Lynn, author of Cornered: The New Monopoly Capitalism and the Economics of Destruction

, demonstrates that for all the variety at the local branch of any chain retailer, the products come from the same handful of giants, monopolies that determine much of what we eat, drink, wear, and use. Lynn, who visits Zócalo on September 21 to explain how monopolies have destroyed the American economy, outlines below the impact of one such company, and why not even Standard Oil dreamt of such control.

Let’s consider a few of the sales figures that Procter & Gamble has been able to rack up since its 2005 takeover of Gillette. As a percentage of the total U.S. market, P&G controls the following:

As striking as some of these numbers are, they tell only part of the story. That’s because Wal-Mart and a few other giant trading companies are so powerful that, at least for the time being, they do not fear further concentration in their supply base. On the contrary, they routinely force giant suppliers like P&G to form overt cartels with their direct competitors. 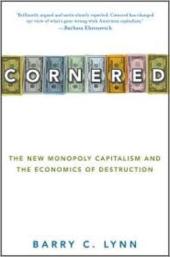 Individual retailers used to draw up their own merchandising plans, in which they would decide for themselves – based on their sense of the tastes of their local community of customers – which brands to promote, how much shelf space to devote to each, which products to place at eye level, and so on. These days, Wal-Mart, Target, and other big retailers have adopted a philosophy of control called category management. Under this system, these retailers name a single supplier to serve as a category captain. This supplier is expected to manage all the shelving and market-ing decisions for an entire family of products, such as dental care.

The retailer then requires all the other producers of this class of products – these days, usually no more than one or two other firms – to cooperate with the captain. The consciously intended result of this tight cartelization is a growing specialization of production and pricing among the few big suppliers who are still in business. This means that Procter & Gamble’s actual market share of many specialized items is much higher than the above numbers suggest.

It’s not that Wal-Mart and category copycats like Target cede all control over shelving and hence production decisions to these captains. The trading firms use the process mainly to gain more insight into the operations of the manufacturers and hence more leverage over them, their suppliers, and even their other clients. The goal is not merely to increase the “efficiency” that they claim derives from eliminating competition. It is also to understand how these companies produce what they produce and hence how they engineer their own profits. This knowledge then enables the traders to capture a larger share of those profits for themselves. That’s why in recent years, these big firms – Wal-Mart, especially – have begun to dictate to the producers what ingredients to put into their own branded products, how to package them, and how to price them.

And don’t think that such consolidation within the Wal-Mart system makes it easier for new small manufacturers and retailers to rise up and compete. The exact opposite tends to be true. In the process of work-ing together to manage the production and distribution of, for example, dental products, P&G, Colgate, and Wal-Mart tend to find it a very easy task to learn whatever they need to know about any firms that muddy the clarity of their semisocialistic vision of top-down industrial monopolism and then to take steps to isolate and eliminate them.

This helps to explain why Tom’s of Maine, the maker of natural toothpaste and other personal products, sold out to Colgate-Palmolive in 2006.

Indeed, since Wal-Mart and its subject producers perfected this form of control, almost all lines of business in our consumer economy have been remade according to the principles espoused by John D. Rockefeller when he was building Standard Oil into an omnipotent and omniscient power in the world of petroleum. This technique boils down to presenting the owners of midsized and smaller companies, like Oakley or Tom’s of Maine, with the “option” of selling their business to the monopolist in exchange for a “reasonable” sum determined by the monopolist. In the case of Standard Oil, this was usually far less than the total capital originally invested. The alternative for the smaller companies was then, as it is now, to see their investment crushed to nothing.

This was the message delivered to many of the companies that in recent decades managed to develop big businesses seemingly outside the reach of the Procter & Gambles, Krafts, and Gillettes of the world. Consider the following:

• Ben & Jerry’s, the Vermont ice cream company that reshaped the industry, was swallowed by Unilever in 2000.
• Cascadian Farm, one of the most successful organic food companies, sold out to General Mills and was promptly transformed into what its founder calls a “PR farm.”
• Stonyfield Farm and Brown Cow, organic dairy companies from New Hampshire and California, respectively, separately sold con-trol to the French food giant Groupe Danone in February 2003 and were blended into a single operation.
• Glaceau, the company behind the brightly colored Vitamin Water and one of the last independent success stories, sold out to Coca-Cola in 2007.

The practical result is a hierarchy of power in which a few immense trading companies – in control of and to some degree in cahoots with a few dominant supply conglomerates – govern almost all the industrial activities on which we depend, and they back their efforts with what amounts to police power. This tiny confederation of private corporate governments determines who wins and who loses in this country, at least within our consumer economy.

Do you think it’s hard to get your child into Harvard? Try getting a new product onto the shelf of a big chain of stores in the United States.

The one thing that seems to be missing from this list is Standard Oil Company. Despite the Clinton administration’s best efforts to stitch Rockefeller’s octopus back together again – through the merger of Exxon with Mobil, BP with Amoco, and Chevron with Texaco – the oil refining industry is still more diversified and competitive than most other big industries in the United States.